A tech-savvy Chicago high schooler — who discovered that he had a knack for securing vaccine appointments — is now helping hundreds of seniors do just that.

Benjamin Kagan is a freshman at Francis W. Parker School in Chicago. When he’s not in school or doing homework, he spends a hefty majority of his time “hunting for appointments” for upward of 550 people in the Illinois area alongside a slate of volunteers known as the Chicago Vaccine Angels.

More than 74% of the Illinois residents that have requested help are over the age of 65, Kagan told Fox News.

“A lot of these people [seniors] are struggling a lot with the technological aspect of this whole thing, and they really need help,” he said.

So he devised one centralized system to help track and book appointments for those in need. 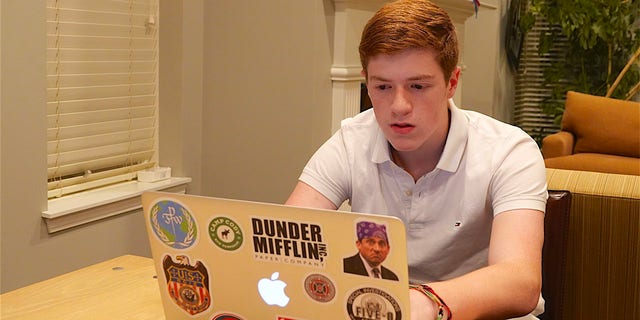 It all started over winter break when he had helped his grandparents navigate Florida’s system.

“The Florida system was a big mess,” he said. “It was this crazy thing and there were thousands and thousands of people vying for slots.”

With four computer monitors open, Kagan was up for the challenge. He recalled competing with about 66,000 other people.

After successfully securing his grandparents their first dose, he started helping his parents who own an essential business in Illinois.

After discovering the Facebook group, Chicago Vaccine Hunters, he began offering tips on how and where to look for vaccine appointments in the area.

And he wasn’t the only one. In fact, he was one of many other users who were constantly offering guidance on the page.

“That eventually morphed into people sending me private messages on Facebook saying, ‘you know, Benjamin, can you help me? … If I give you my info, can you use it for me?'” he said.

The messages were too much for him to keep track of, so he formed the Chicago Vaccine Angels.

In order to create one centralized system, Kagan created a Google form that will feed a person’s name and other personal information into a spreadsheet.

“Now, we’re all hunting for appointments,” he said.

In just over a week since the Google form went live, Kagan and his band of volunteers have already connected 294 people with appointments. However, the requests keep piling in.

To date, the spreadsheet has well over 554 responses.

Tracking down these appointments is no easy task, he said. While he was on winter break, he recalled spending hours each day just to manage all the requests.

And he has no plans to stop anytime soon.

“My plan is to continue doing this until someone can call up a Walgreens and say, ‘OK, I’m coming over in five minutes … have it ready for me,'” he said.