A former ward of the state who was forced to undergo electric shock "therapy" after disclosing he had been sexually abused has reached an $825,000 settlement with the state government and Uniting Church.

It is believed to be one of the largest top-up payments for a state ward since new laws took effect in Victoria giving victims who have accepted meagre settlements the right to sue again. 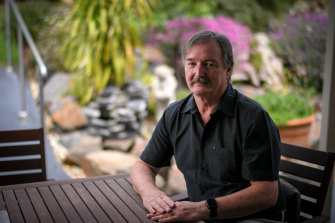 Bob Cummings was 15 when electrodes were strapped to his ankles to "cure him" of homosexuality. It followed the teenager telling a guard at Turana youth training centre that he was being sexually abused by an older boy with whom he shared a cell.

As part of the treatment, Mr Cummings was shown a slide show of topless women and naked men. Every time a naked man appeared on the screen, he received an electric shock.

"I had weepy sores on both ankles because of the burns," he said.

Mr Cummings, 65, remembers being thrown off his chair when the shocks hit unexpectedly and pulsed through his legs.

They became more intense if Mr Cummings reported sexual abuse during his weekly meetings with the therapist.

"I realised if I didn’t report any abuse, the amperage wouldn’t go any higher," he said.

Mr Cummings entered state care after running away from his home near Albury, where he was repeatedly beaten by his father and stepmother and locked in a room, often without food.

After a brief stint at Turana in 1971 he was placed at Harrison House, a Methodist institution for boys in Hawthorn that was later managed by the Uniting Church.

The abuse at Harrison House started immediately: the house manager repeatedly punched the shy teenager, once so hard his head hit the wall and left a dent. He was forced to fondle the house manager’s genitals and perform oral sex, and regularly ordered to wear women’s clothes and raped. 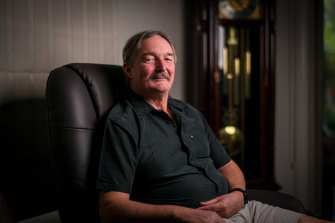 Mr Cummings has devoted his life to youth work, to ensure young people do not experience the same trauma he did.Credit:Eddie Jim

After six weeks, Mr Cummings decided to run away. "I could not take being physically and sexually abused any more," he told the Royal Commission into Institutional Responses to Child Sexual Abuse.

He lived on the streets for a few months before being picked up by police and returned to Turana.

In 2007 Mr Cummings accepted what he describes as an "insulting" $15,000 settlement with the Uniting Church and signed a deed of release preventing him from taking further action.

But he was given new hope last year when the state government introduced legislation allowing courts to set aside deeds of release, removing legal barriers that have prevented many victims from seeking more adequate compensation.

"The previous process was distressing and did more harm than good," she said. "Survivors received only a fraction of what they would be entitled to claim now."

Her firm is acting for 35 clients who are pursuing top-up payments, including a man who was abused by the notorious sexual predator Father Gerald Ridsdale. 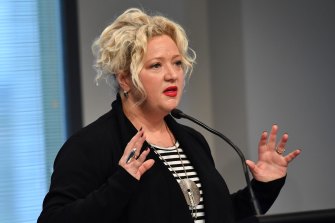 It was a rewarding career, but he retired five years ago due to the onset of a progressive disease that has left him with no feeling in his hands and below his knees. Doctors cannot rule out the condition being related to the abuse he suffered all those years ago.

Mr Cummings regularly sees a psychologist and, while he adores his wife, he finds it difficult to be intimate.

He practises meditation to manage his pain and lives a peaceful life, surrounded by birds, gums and fruit trees in the rolling hills of the Yarra Valley. "I’m a survivor," he said. "I’m not a victim."