A BRITISH archaeologist claims to have unearthed the childhood home of Jesus Christ beneath a convent in Israel.

Ken Dark, professor of archaeology and history at Reading University, believes he has a strong case after 14 years of fieldwork at the site in Nazareth. 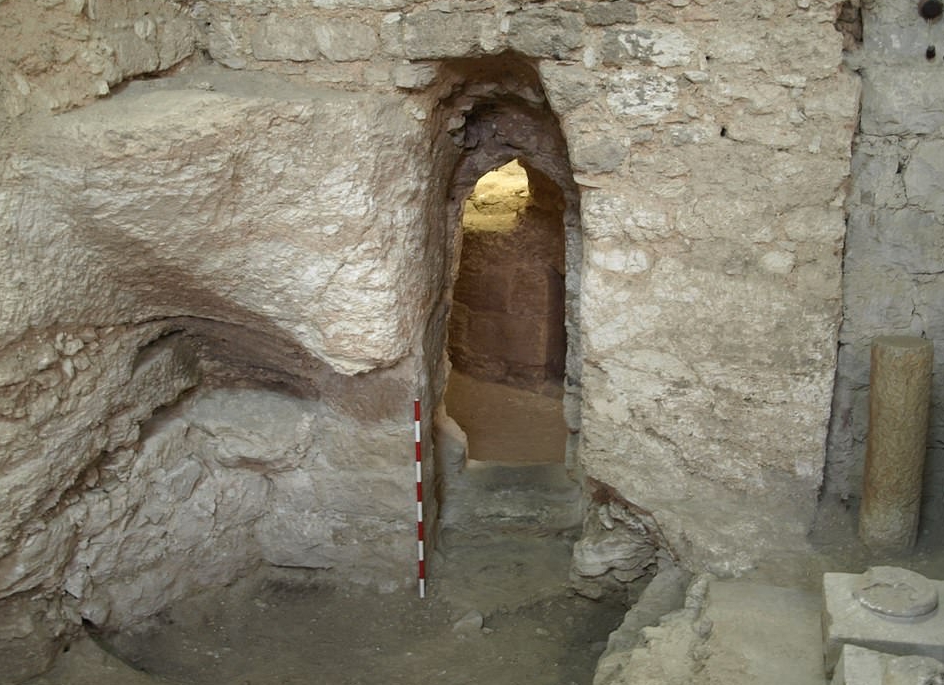 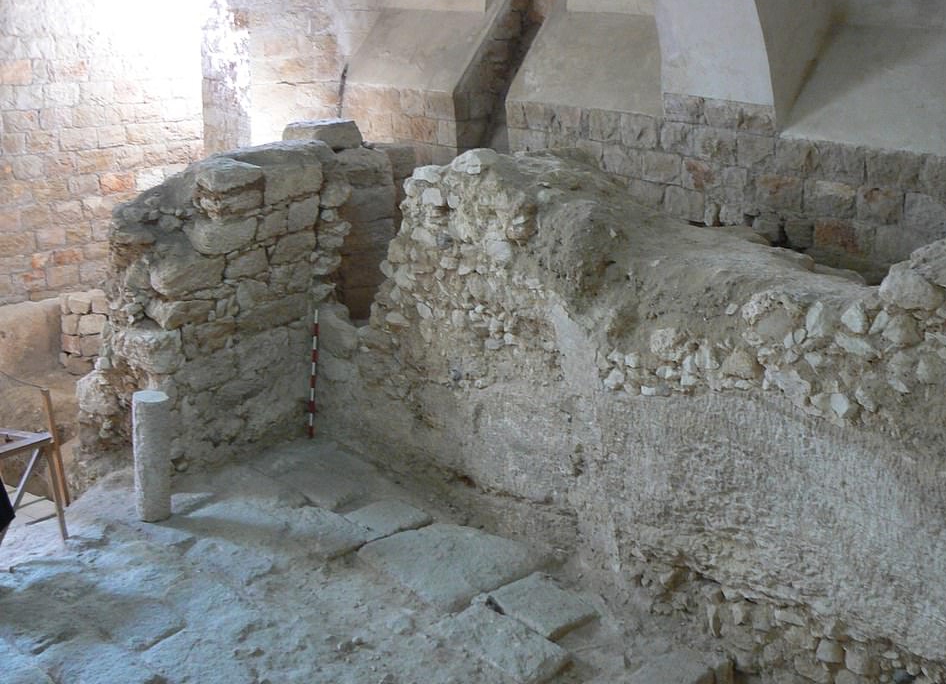 Prof. Dark said he believes the identification of ruins beneath the Sisters of Nazareth Convent as the home of Jesus' foster father Joseph have been too quickly dismissed, reports The Times.

The expert claims his research at the location confirms that the convent stands over a 1st century house – which has a strong case for being Jesus' home.

It had been claimed since at least the 380s that the site is where Jesus grew up with Mary and Joseph until such claims were dismissed in the 1930s.

The house was cut into a limestone hillside and incorporates parts of a natural cave, so many features – such as a staircase – still survive.

Prof Dark started his research in 2006 at the site which he describes as "almost forgotten" by historians.

He published an article in 2015 based on his initial findings as he suggested the site was the childhood home of Jesus.

Fresh analysis has now dated the site back to the 1st century which helps to add weight to his claims.

In his book, The Sisters of Nazareth convent: A Roman-period, Byzantine and Crusader site in central Nazareth, he claims the style of house suggests it was owned by Joseph.

Joseph is commonly known as a carpenter, but in the original Greek texts he is described as a tekton.

It is profession which could also be a stonemason or builder, which would match up with the two storey house being hewn into the rock. 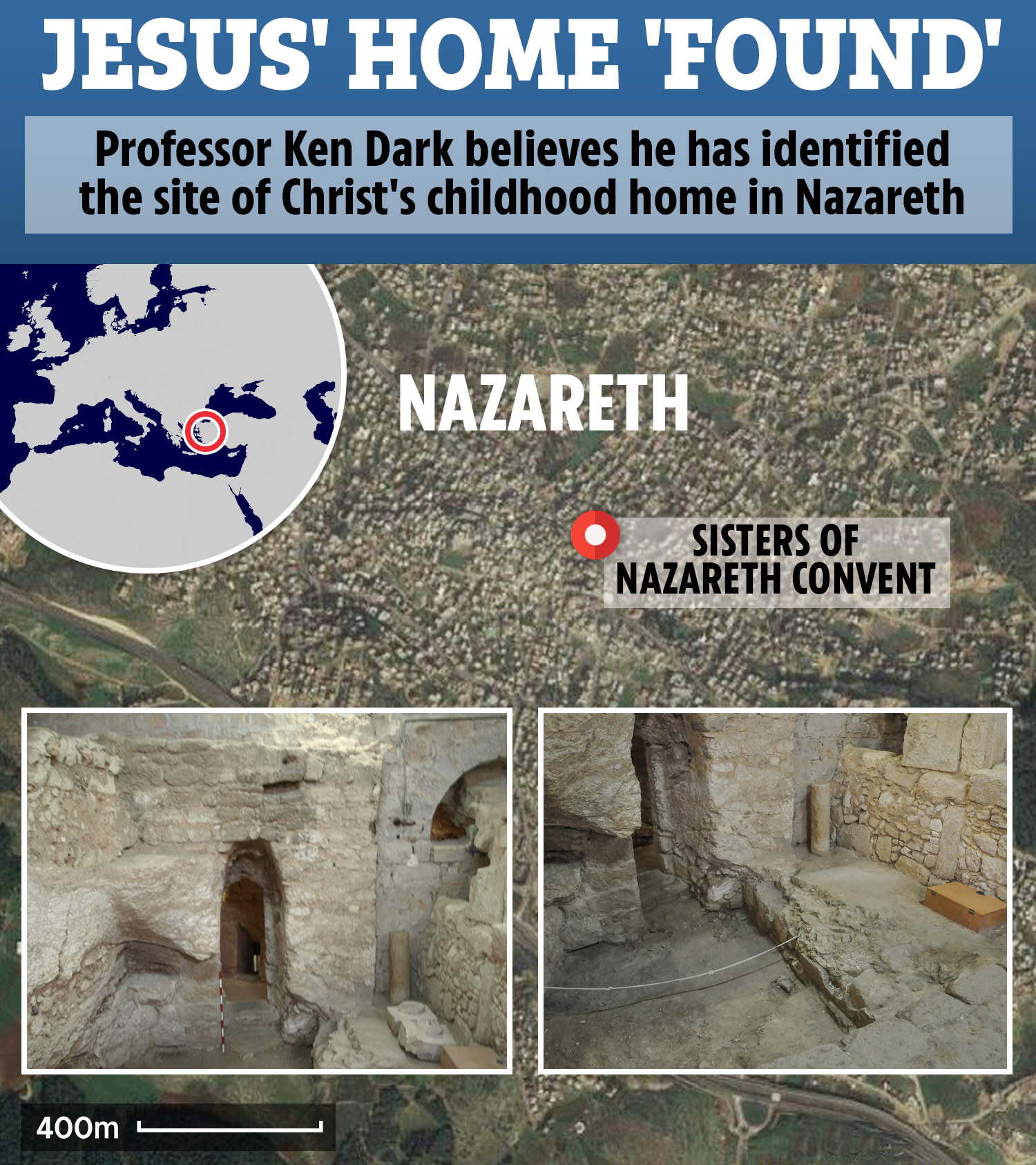 Prof Dark also found fragments of pottery at the site which were commonly used by Jewish families of the era.

His fieldwork also suggested there was a cave church was built directly adjacent to the house in the 4th cenutry.

And this is around the time Christianity was adopted as the state religion of the Roman Empire under emperor Constantine.

Further study unearthed a 5th century church built over both the house and the cave church.

It would have been the largest church in Nazareth and was an elaborately decorated cathedral with marble and mosaics. 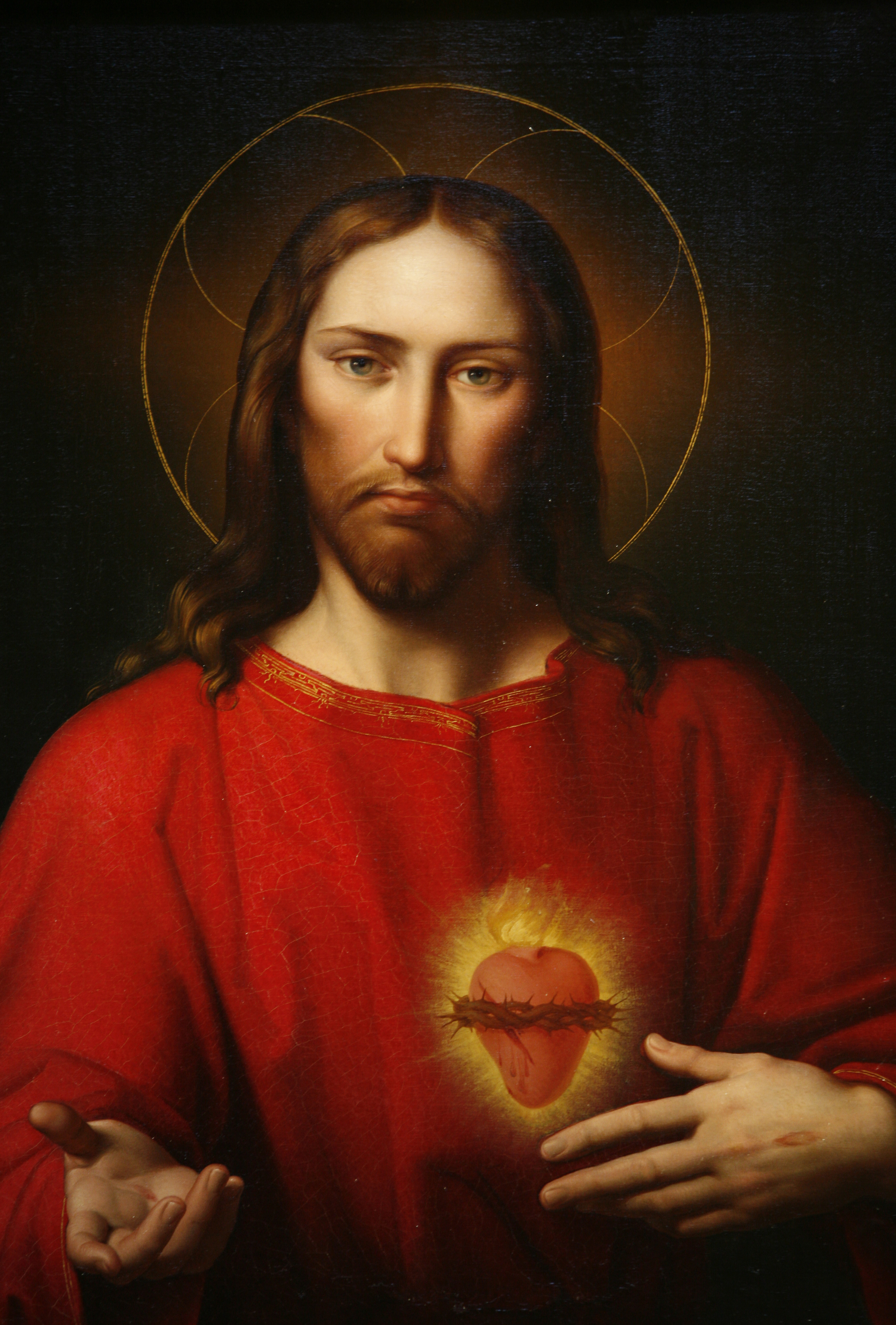 Prof Dark explains the fact the church was even bigger than the nearby Church of the Annunciation shows the cave home's potential significance.

The Church of the Annunciation is where it is said the Archangel Gabriel visited Mary with news that she would give birth to the Son of God.

While he admits there is no concrete proof the house was where Jesus lived, he says there never good evidence for any archeological site to categorically make that claim.

"On the other hand, all the reasons to doubt that it might possibly have been, have gone — this is exciting stuff," he said.

He claims there is "absolutely no reason" why the location of Jesus' home could not have been passed down from the 1st to 4th century.

The expert said based on "oral tradition" this would explain the erection of the church and subsequent cathedral. 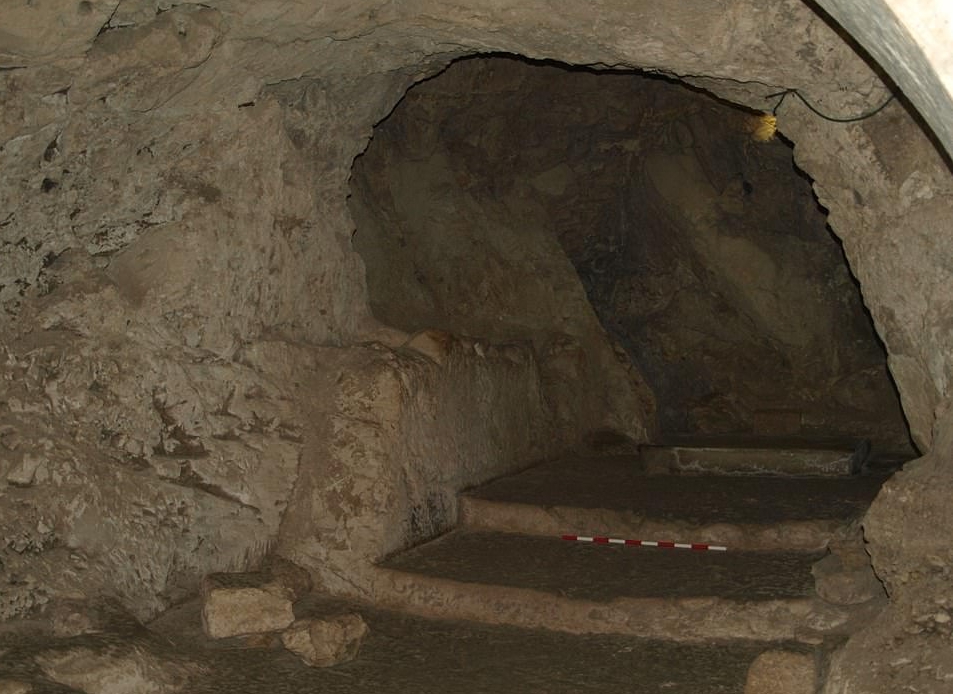 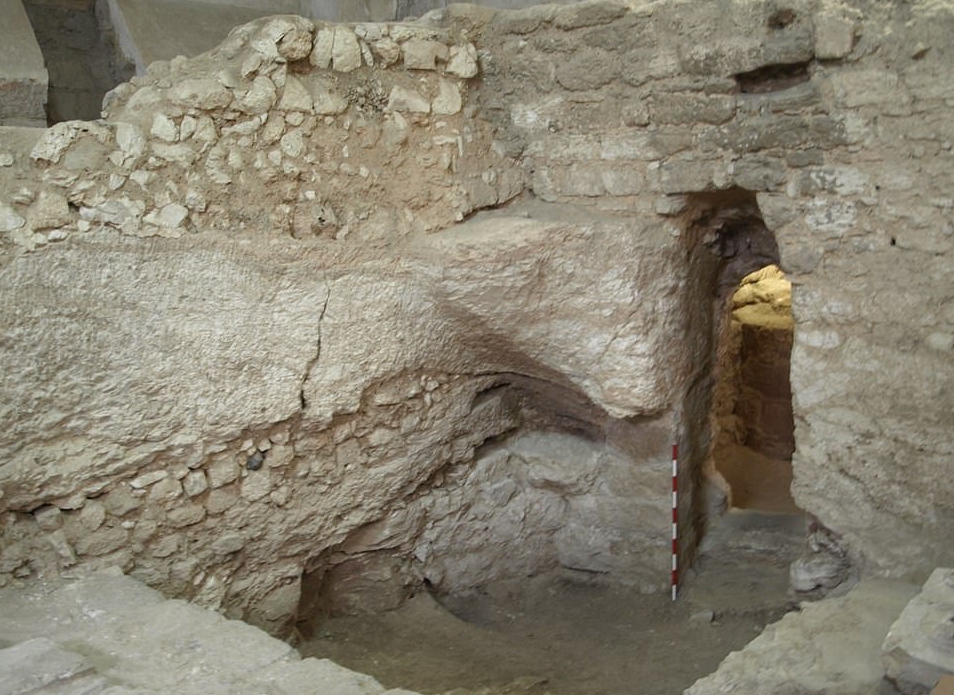 Prof Dark told MailOnline: "This suggests that displaying a house in this way was something really unusual and significant.

"It also begs the question of how did the church builders know these were first-century houses unless some tradition about them remained?

"None of this, of course, proves that the first-century house was that where Jesus was brought up, but it considerably strengthens the case since it was first reported in 2015."

The search for historical evidence of Jesus Christ's life is one of the most enduring pursuits in archeology as there is no definitive proof he ever existed.

"The reality is that we don’t have archaeological records for virtually anyone who lived in Jesus’s time and place," said Professor  Bart D. Ehrman, author of Did Jesus Exist? The Historical Argument for Jesus of Nazareth, told History.

For some the Shroud of Turin – which is allegedly the burial cloth of Christ – is one most hotly debated pieces of "evidence" for the existence of Jesus.

Radiocarbon dating suggests the shroud actually dates to the 13th century, but many continue to profess its authenticity as they call for it to be looked at again by scientists.

It comes after a new sketch believed to by Leonardo Da Vinci of the face of Christ was discovered in Italy.