CHINA has deployed strategic bombers close to India as the two nuclear powers exchanged gunfire over a hotly disputed border for the first time 45 years.

Tensions have been simmering in the region for years as both sides stake their claim to the area around the so-called Line of Actual Control in the Himalayas. 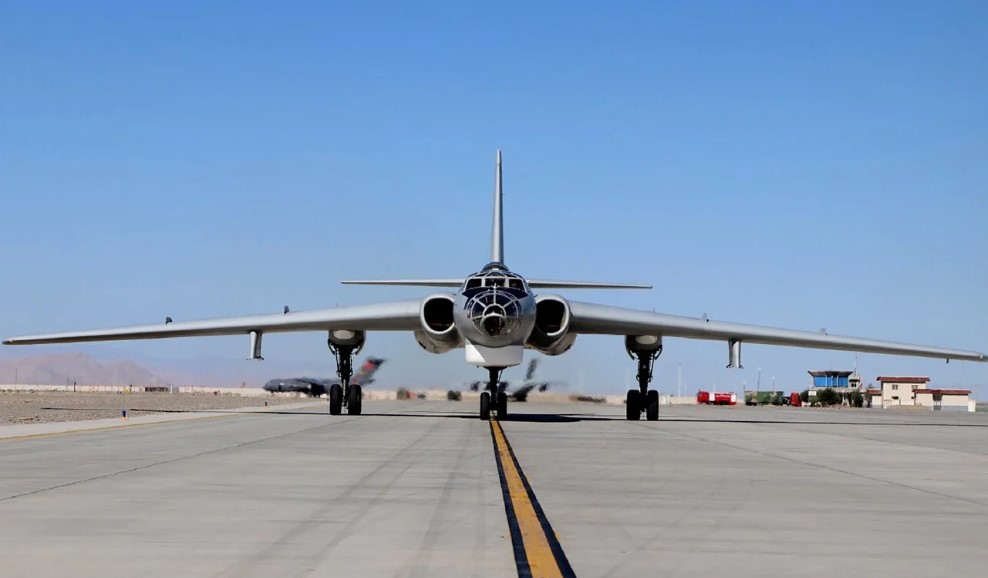 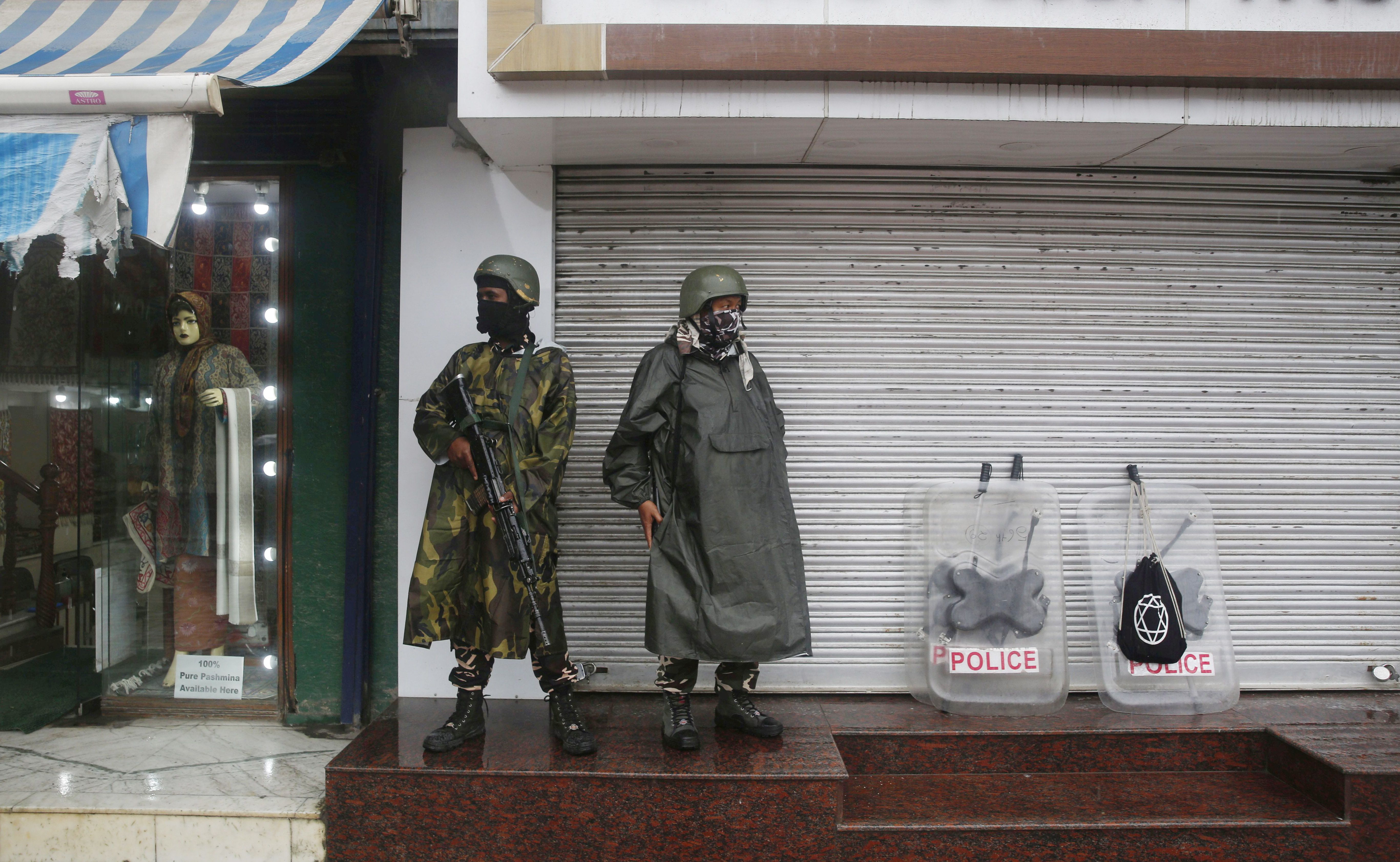 Chinese state media warned the nation "must be fully prepared to take military action when diplomatic engagement fails" with India.

The jet aircraft carry heavy air-to-ground weapons and anti-ship cruise missiles and have a range of around 1,500 miles.

State media have also boasted they can carry a huge bomb dubbed China's version of the Mother of All Bombs – a 20ft long, 10 ton explosive.

It comes as Indian and Chinese soldiers exchanged fire with each other along the border in Ladakh amid worsening tensions.

Both sides accused the other of sending troops into their territory and fired warning shots – breaking a key treaty that bans the use of firearms.

It is the first time live rounds have by fired since skirmishes broke out in 1975, sparking the removal of firearms from the disputed frontier to avoid escalation.

Bloody clashes erupted in May however as Chinese and Indian soldiers brawled with spiked clubs and their bare hands – leaving at least 20 men dead.

The violence plunged relations to their worst in decades, and fears remain a miscalculation on the border could push the world's two most populous countries to the brink of all-out war.

China and India accused the other of opening fire close to the south bank of Pangong Lake on Monday.

China and India's foreign ministers are expected to hold a crunch summit in Moscow, Russia, in bid to defuse the tensions. 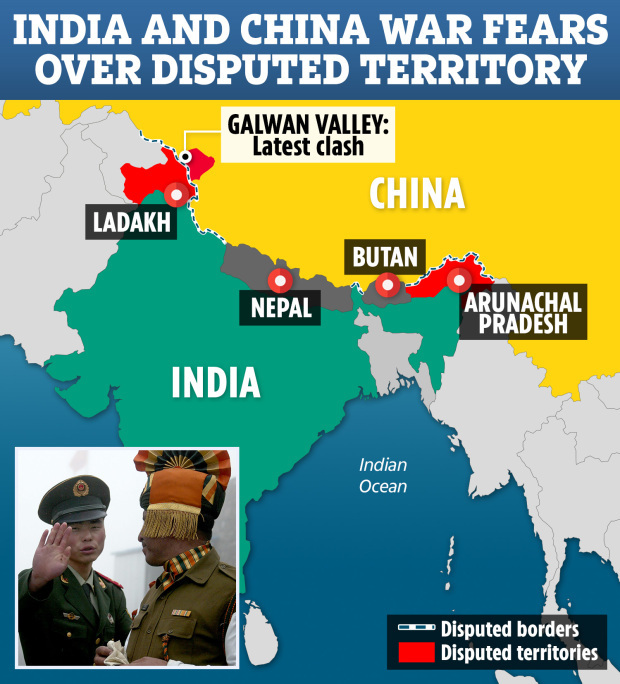 The Global Times – the newspaper of the ruling Communist Party, which has a circulation of 1.5million – published a fiery editorial as the two ministers were due to kick off talks.

The newspaper – which is often seen as the unfiltered mouthpiece of Beijing – said: "The Chinese side must be fully prepared to take military action when diplomatic engagement fails, and its frontline troops must be able to respond to emergencies, and be ready to fight at any time."

In the editorial, it warned "if India wants war, China will oblige" and threatened "let's see which country can outlast the other".

It added: "If Indian troops open fire at the People's Liberation Army and provoke a war, the confrontation will become a quick battle.

"The PLA will quickly deal a heavy blow to Indian troops, and they will be all annihilated."

PLA forces have been holding high profile war games in the region as the Communist Party flex China's military muscles.

As well as bombers, paratroopers, special forces, infantry, tanks and artillery have been shipped to Chinese military bases in Tibet. 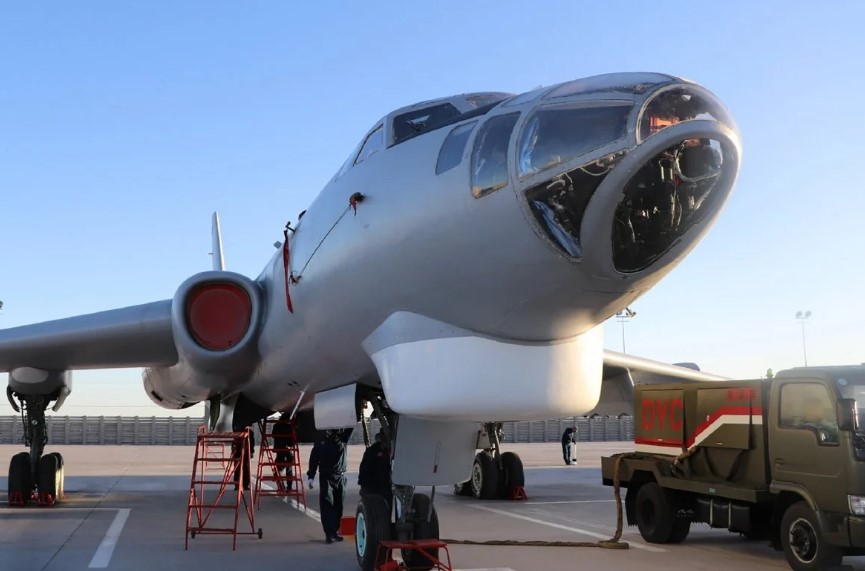 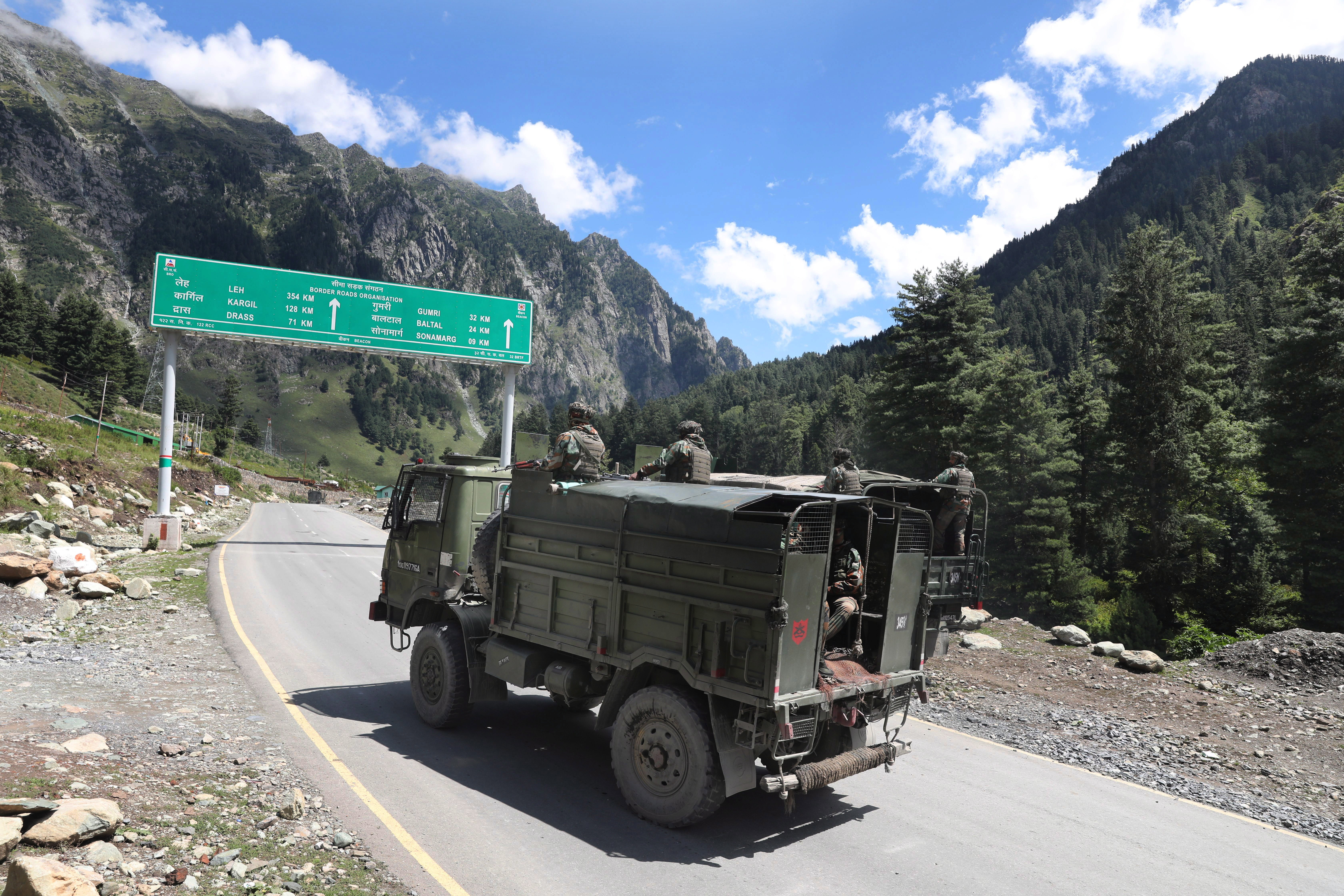 India and China have been feuding over the Line of Actual Control – the defacto border between the two – since the two powers last fought a war in 1962.

Tensions have been growing in the desolate region since April when China deployed thousands of troops as well as artillery and vehicles.

Analysts say the troops were deployed in an attempt to stop India increasing its own military presence in the area.

Both countries have a huge military might as well as a large nuclear arsenal – and both want to use the region to expand their influence with infrastructure.

China and India both have nationalistic-leaning governments and neither will want to be seen to be the one backing down with, at the very least, national pride at stake.

The border dispute covers nearly 2,175 miles of frontier, and India accuses China of occupying almost 15,000 square miles of its territory. 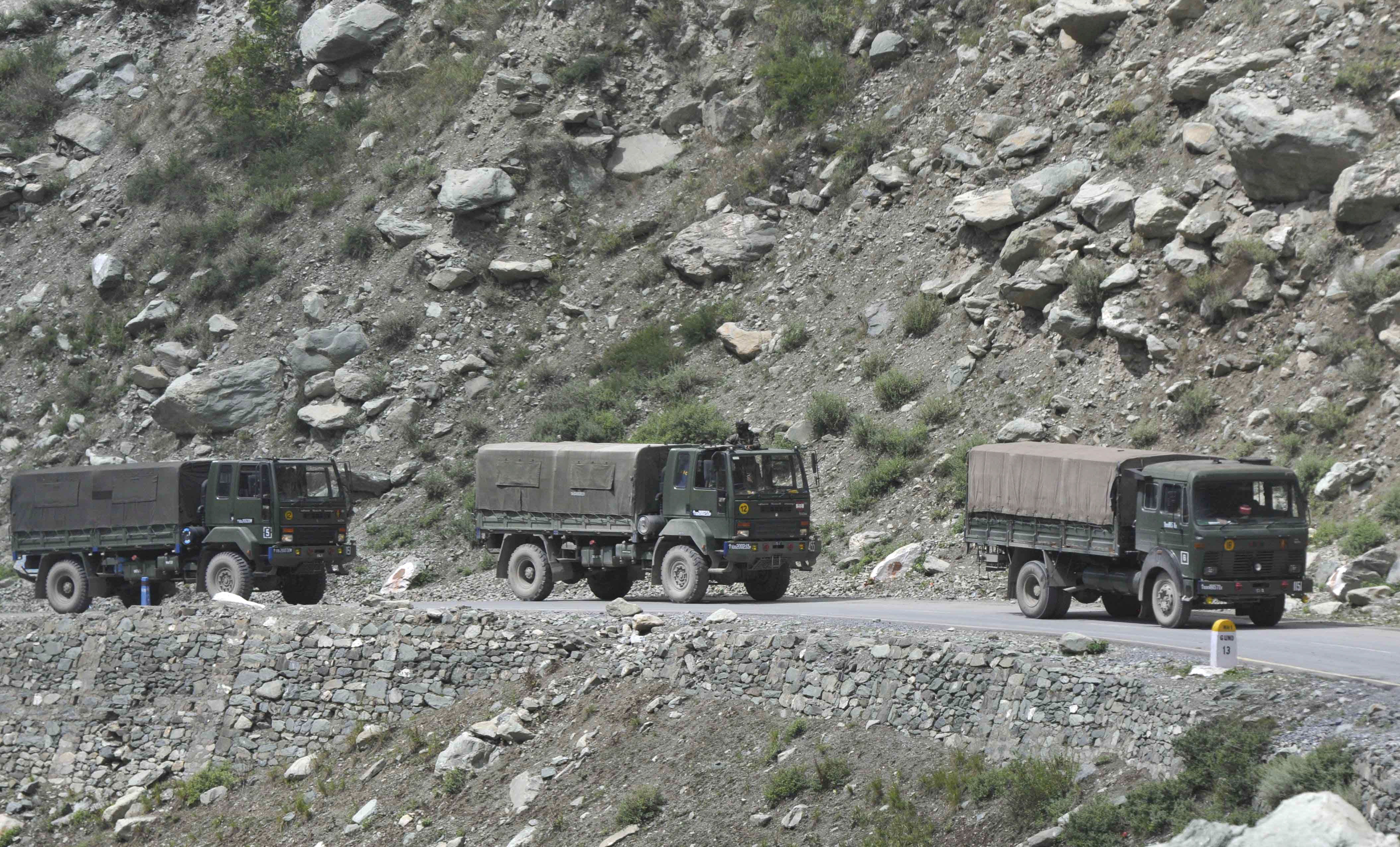 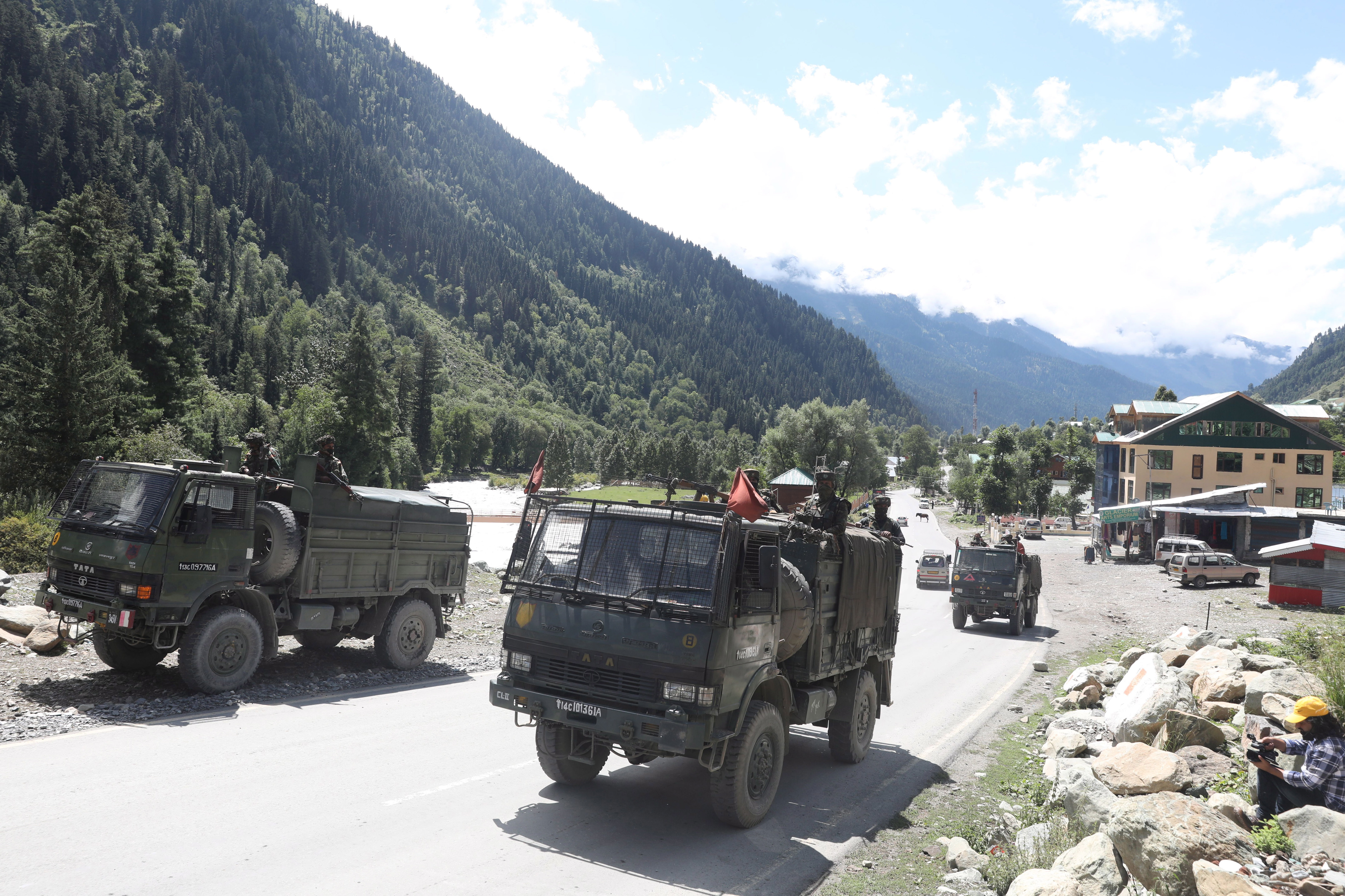 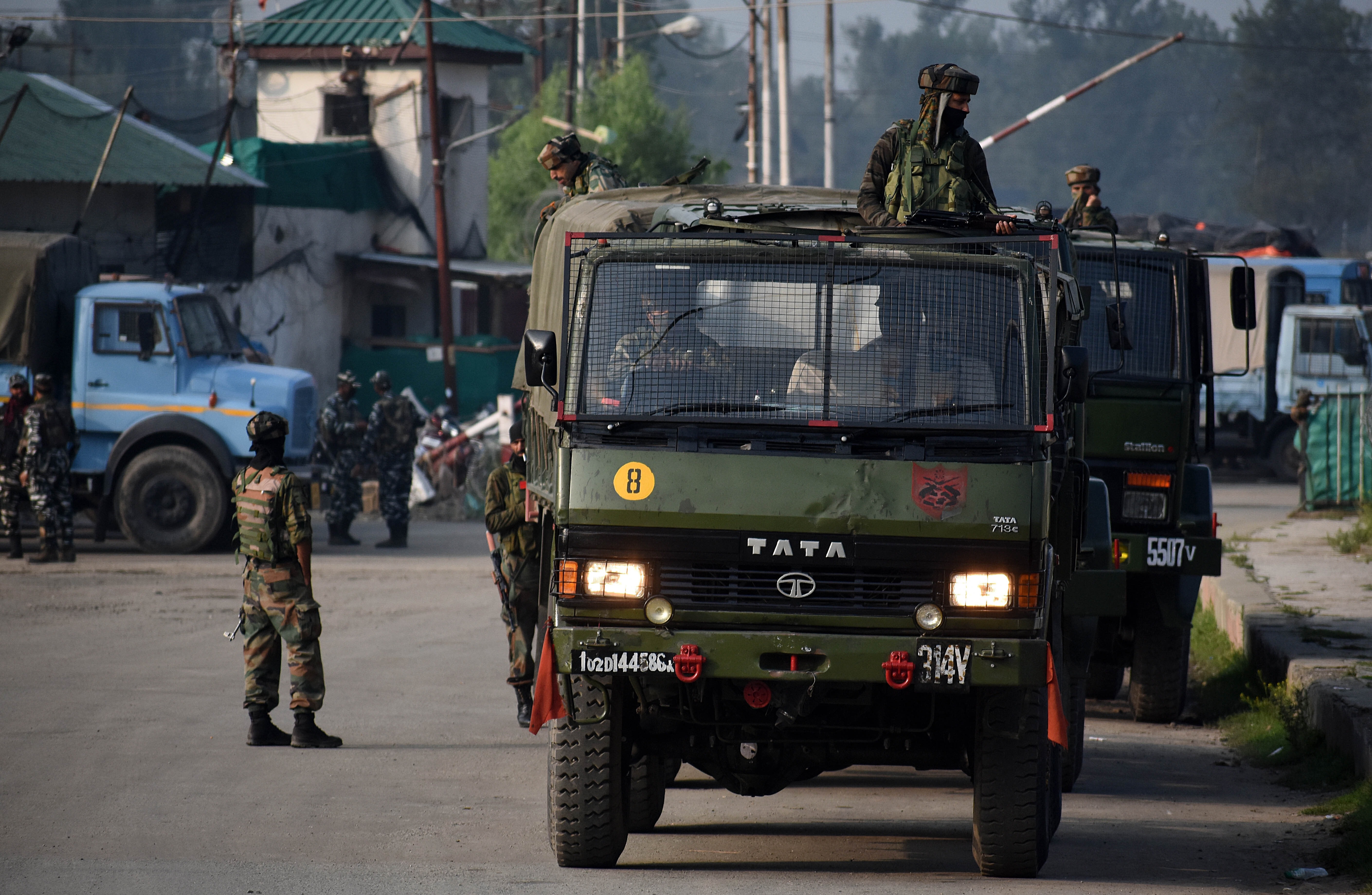 Russian officials have said they are not acting as mediators between India and China but want to create a "positive atmosphere".

Roman Babushkin, deputy chief of Russia's mission in India, said: "Any kind of dialogue would be better than escalation."

He added: "We are very hopeful that, sooner rather than later, India and China would find a mutually acceptable solution for the border crisis."

It is the first such meeting since tensions escalated in May, but the two spoke on the phone in June following the violent brawl in Ladakh.

Mr Jaishankar said the situation requires "very deep conversations…at a political level" – but goes against India's understanding of the border rules laid out in 1993.

Wang Dehua, a South Asia expert at Shanghai Municipal Centre for International Studies, told The Hindustan Times: "The meeting of the foreign ministers is of great significance as it is conducive to ease the tension along the border while helping to reset relations.

"Perhaps, it will prompt an early meeting between Prime Minister Narendra Modi and President Xi Jinping."