Home » World News » China to be world’s top superpower in just 10 YEARS as it overtakes America’s military and economic might, experts warn

China to be world’s top superpower in just 10 YEARS as it overtakes America’s military and economic might, experts warn

CHINA will blast the United States off the top spot to become the world's top economic and military power within the next decade, experts have said.

As the ruling Communist Party marked the 100th birthday this week, President Xi Jinping, 68, said foreign forces attempting to bully China will "get their heads bashed" as he threw down a gauntlet to the West. 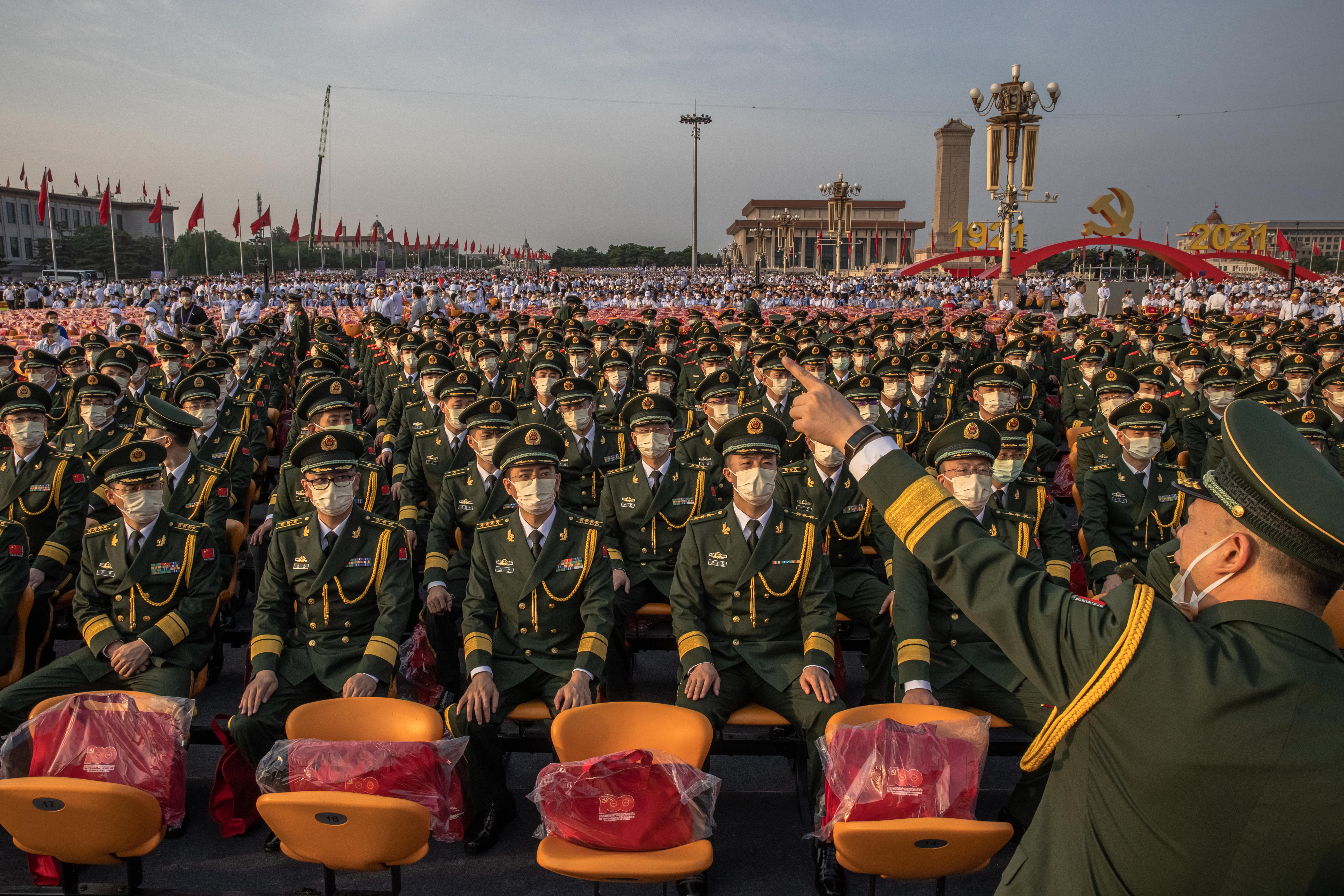 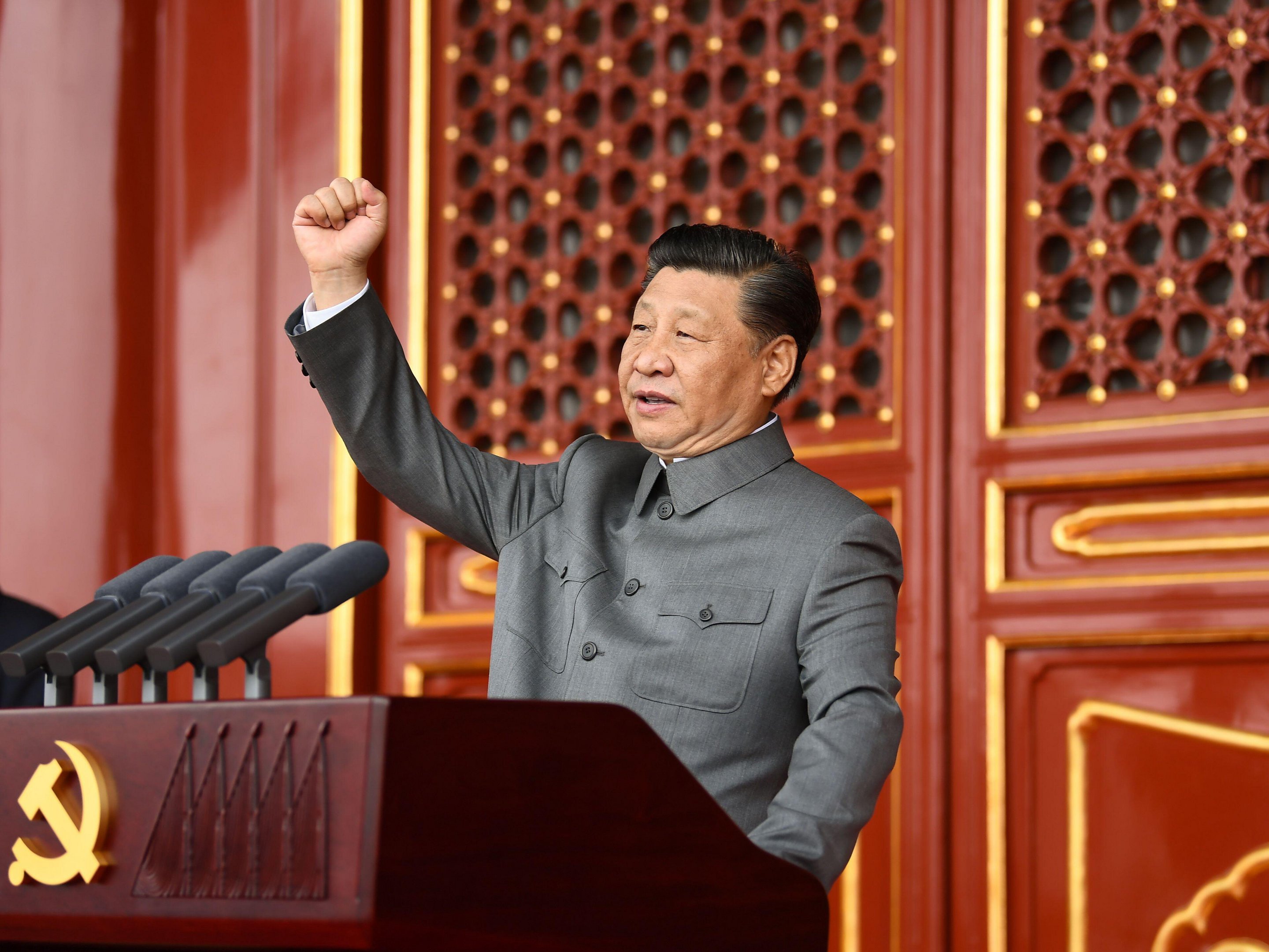 And the giant nation is on course to overtake the United States and become the biggest economic powerhouse, Professor Kerry Brown, of the Lau China Institute at King's College London, told The Sun Online.

"Economically, barring total disaster for China, it will be the largest economy some time in the next decade," Professor Brown told The Sun.

"It will be a superpower with Chinese characteristics, meaning it will want a major space for its own ambitions, but it won't want to take on leadership of the rest of the world.

"Relations look set to be pretty frosty for the future. It does not desire to become the West, or have the West become like it."

It comes as China has boasted its success in tackling Covid – despite Western doubts over its claims amid allegations of a cover up – while the US has struggled with the world's worst outbreak.

With a fierce speech in Tiananmen Square on Thursday, President Xi said the people of China would never allow any foreign force to "bully, oppress, or subjugate" them.

And meanwhile, his Russian counterpart Vladimir Putin also taunted the US this week and said the US's dominance as the world's number one superpower is "over".

"Anyone who dares try to do that will have their heads bashed bloody against the Great Wall of steel forged by over 1.4 billion Chinese people," he said, sparking applause from an audience of 70,000 gathered in the massive square in central Beijing.

Xi said the nation "must accelerate the modernisation of national defense and the armed forces" in order to "safeguard its sovereignty, security and development, elevating them to world-class standards".

But China's rapid military modernisation has fuelled growing concern among its Asian neighbours and in the West.

[China will] get the upper hand, both economically and militarily, on bilateral terms

The People's Liberation Army now has the world's second-largest annual budget after the US armed forces and has been adding sophisticated new aircraft, showcased in a flyover at the start of the centenary ceremony featuring a squadron of China's J-20 stealth fighters.

The country is enmeshed in a deepening rivalry with the United States for global power status and has seen recent clashes with India along their disputed border.

Ashok Swain, professor of peace and conflict research at Sweden's Uppsala University, believes China will "get the upper hand, both economically and militarily, on bilateral terms" in the next decade. 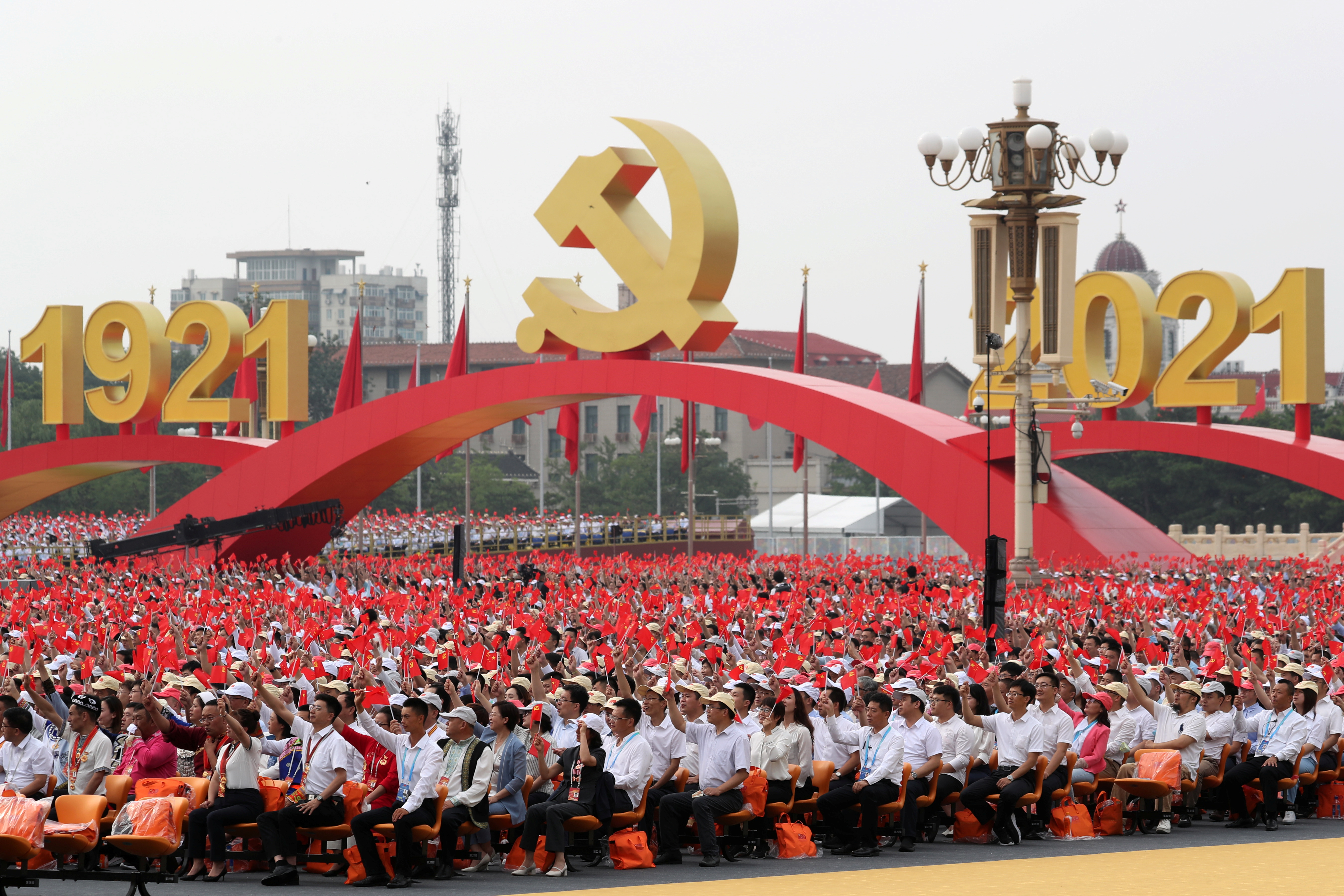 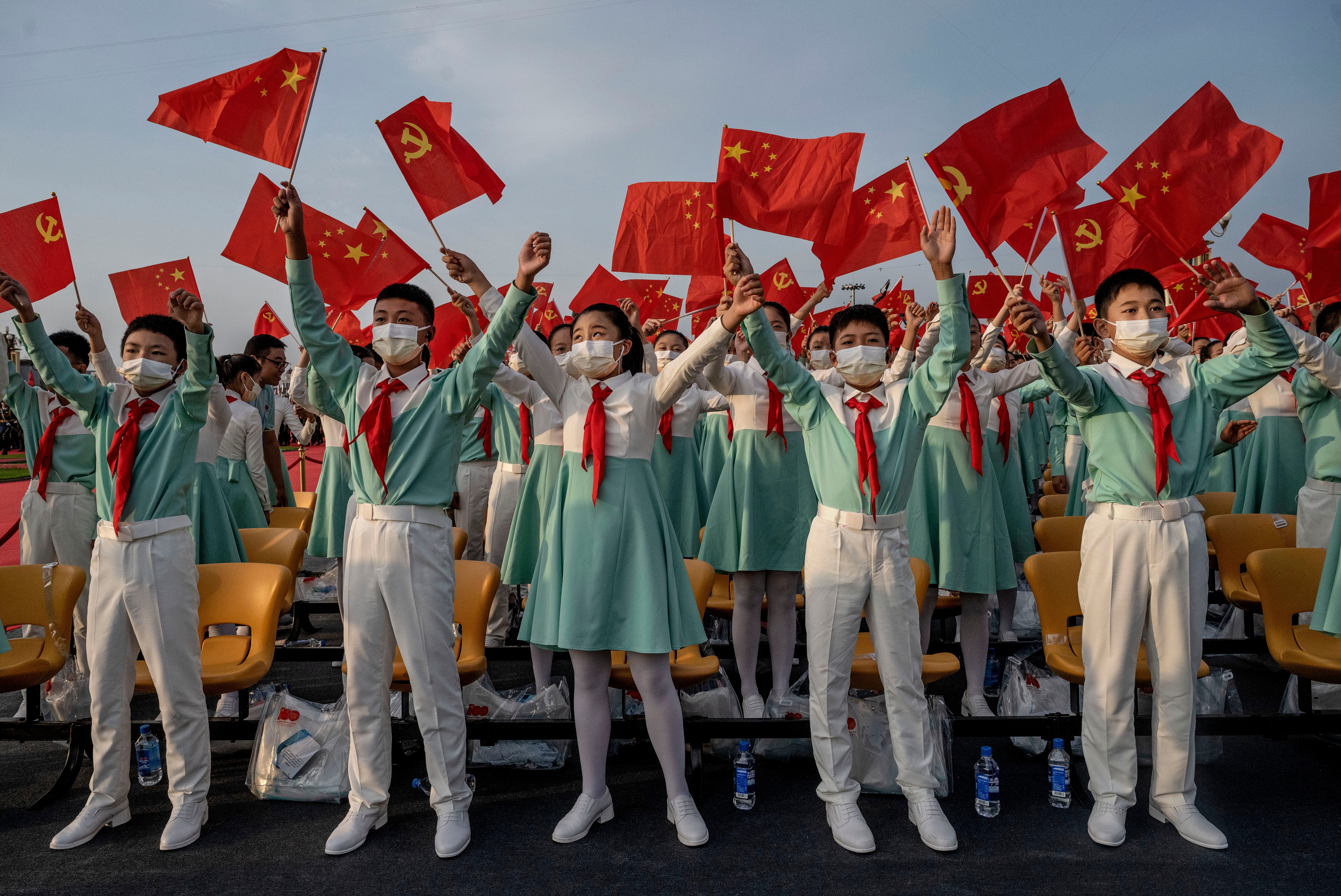 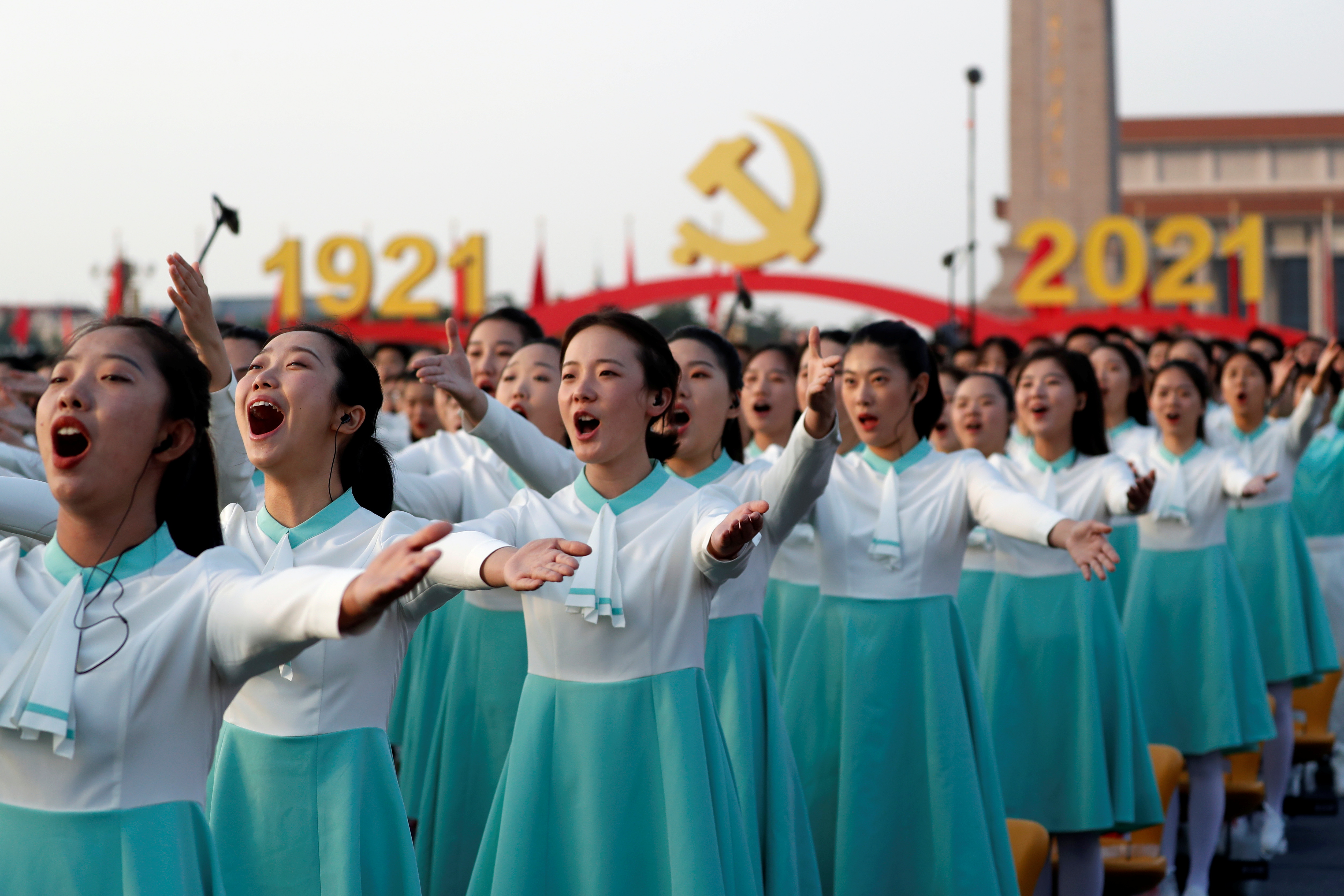 "China, under Xi Jinping, has become very different from what it was expected to be ten years ago when the Chinese Communist Party was celebrating its 90th anniversary.

"There is no hope anymore of regular transition of power or some openness in the political system.

"Xi now has total control of the country, party, and military."

Robert Sutter of George Washington University's Elliot School of International Affairs warned that Xi is "setting up China for a protracted struggle with the US".

"In foreign affairs it involves growth of wealth and power, with China unencumbered as it pursues its very self-centered policy goals at the expense of others and of the prevailing world order," Sutter said.

New data has revealed how the Communist Party ranks swelled by 2.43 million in 2020 – the largest annual gain since Xi became president in 2013 – to 95.15 million members now. 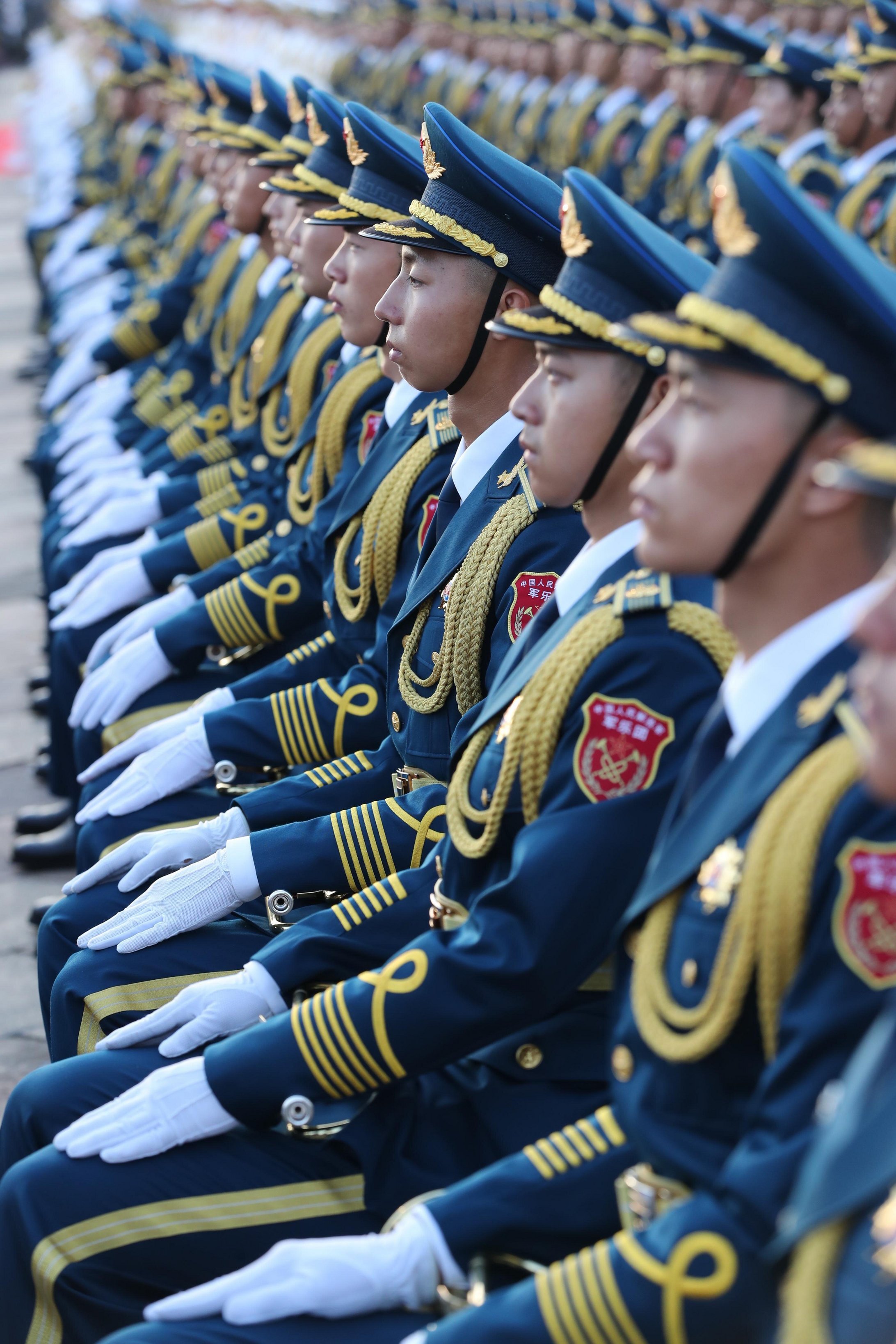 Xi has eliminated limits on his time in office and he is expected to begin a third five-year term as party leader next year.

But his dangerous concentration of power and his silencing of opposition forces could lead to problems, Professor Shaun Breslin from Warwick University warned.

"What I think is clear is that the longer he rules, and the more he concentrates power on himself, then the harder its going to be to have an orderly and stable succession to the next leader – whenever that comes."

Professor Brown said Xi's position appears to be secure for now – but warns he could face "massive challenges" in the future. 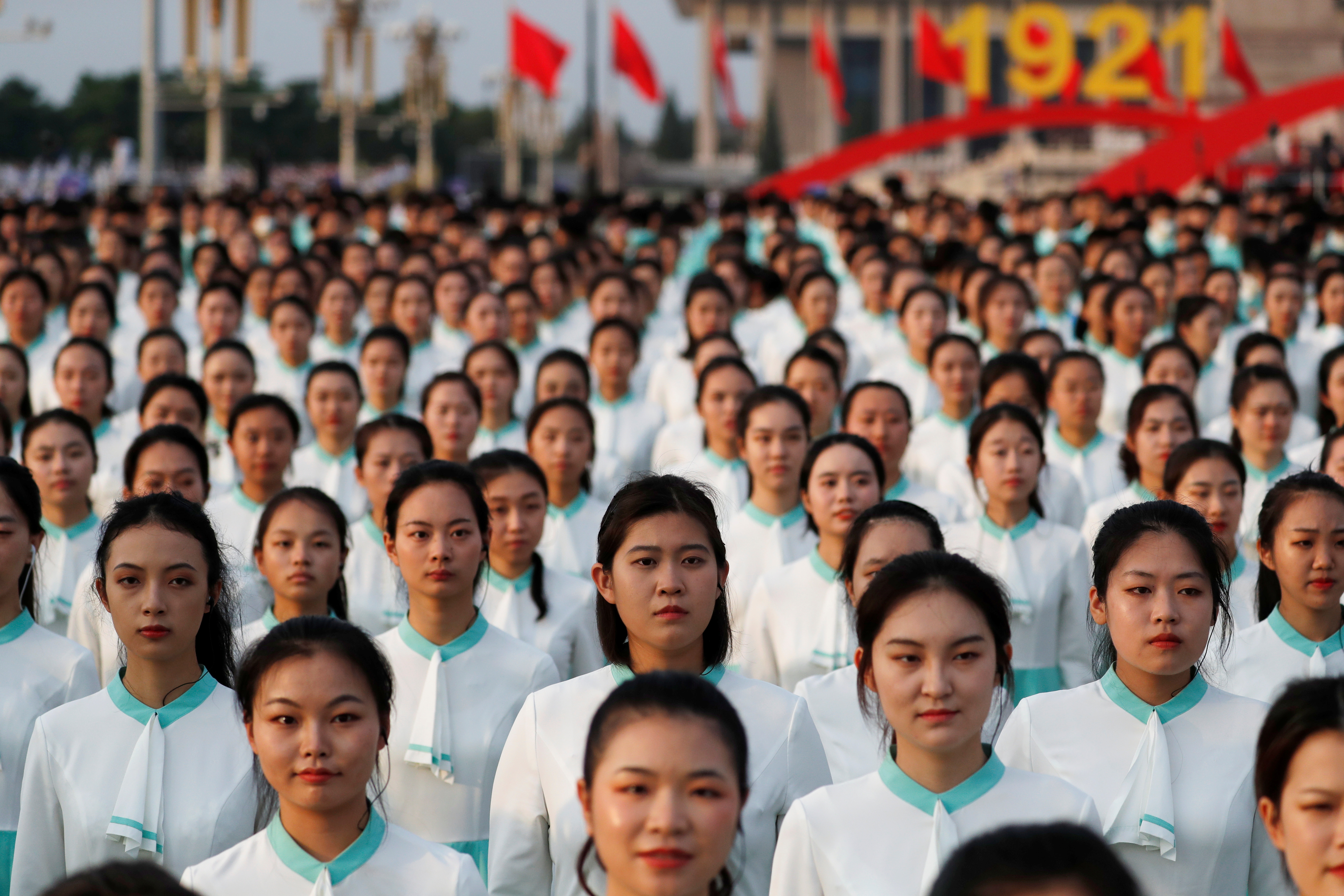 "Based on the evidence of the last decade since he came to power in 2012, he looks secure and dominant," he said.

"It doesn't seem like he is going any place soon. But he is in his seventies from this year, and can't carry on forever."

He added: "The party's younger leaders are different – their outlook marked by a strong sense of confidence, but also an awareness that the party needs to deliver material goods to Chinese people, and have answers to the country's vast environmental and inequality issues.

"These are the key themes that will decide whether Xi and the Party are secure. if they run out of answers to these issues, like everyone else, they will be facing massive challenges.

"The youth of China have huge burdens. The population is ageing fast. This generation will need to be the ones that face that issue." 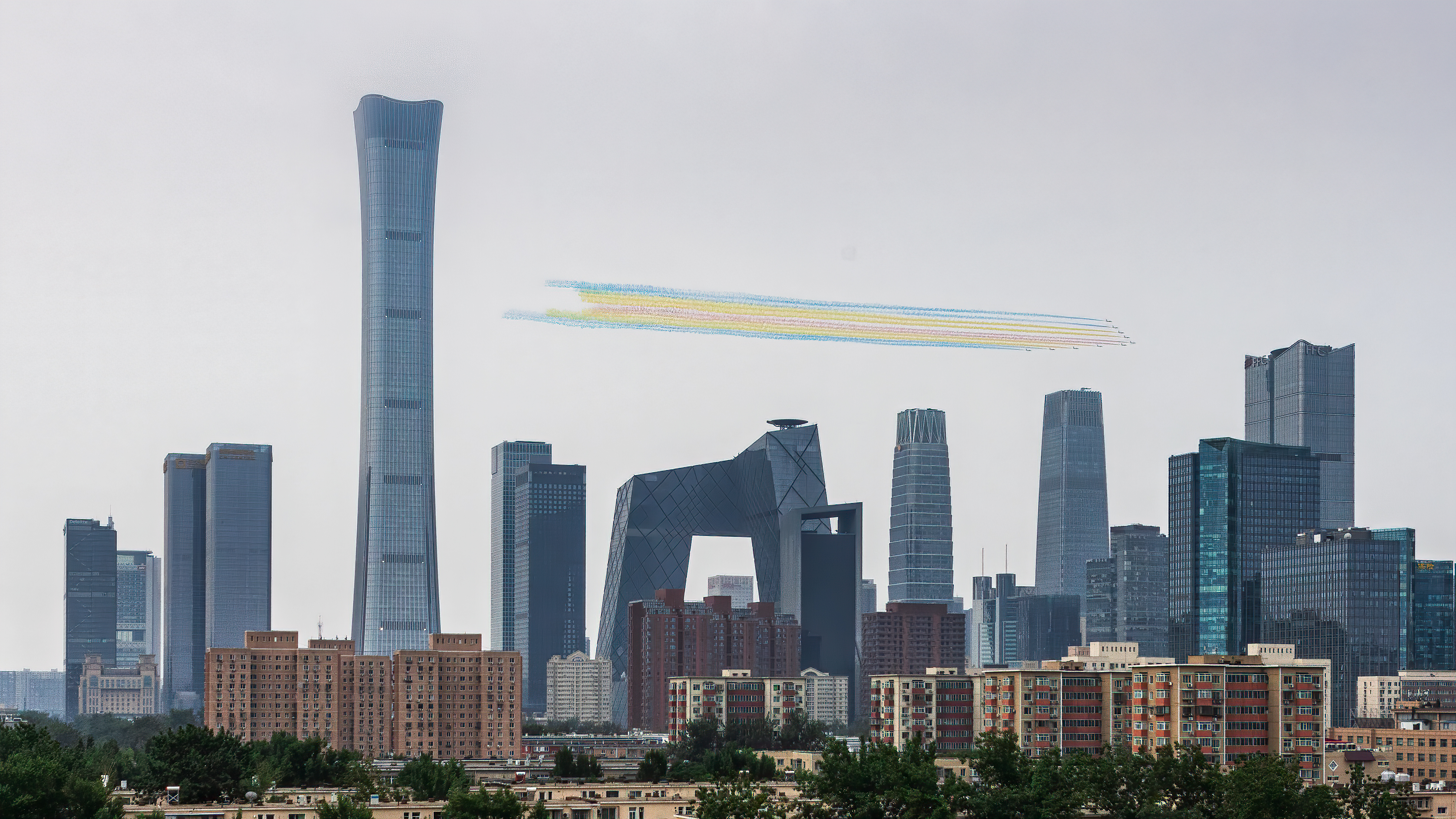 Elsewhere, China has established a solid foothold in Africa, pumping billions of pounds into infrastructure projects and bolstering its influence under its massive Belt and Road Initiative.

"In most parts of Sub-Saharan, China has already displaced the US and has become the primary influencer," Professor Swain said.

He added: "China is fast becoming a major power player in the Middle East. The US troops' withdrawal from Afghanistan allows China to influence Afghanistan policy in the years to come.

"Even in Israel, China’s influence has expanded rapidly.

"In the coming years, the potential flashpoints will be Iran and Ethiopia. China is already openly engaged in recruiting these two countries as allies while the US is doing everything to retain its influences."

But Professor Breslin pointed to growing concerns over "debt dependence" and the possibility of developing countries becoming trapped in a difficult relationship with China. 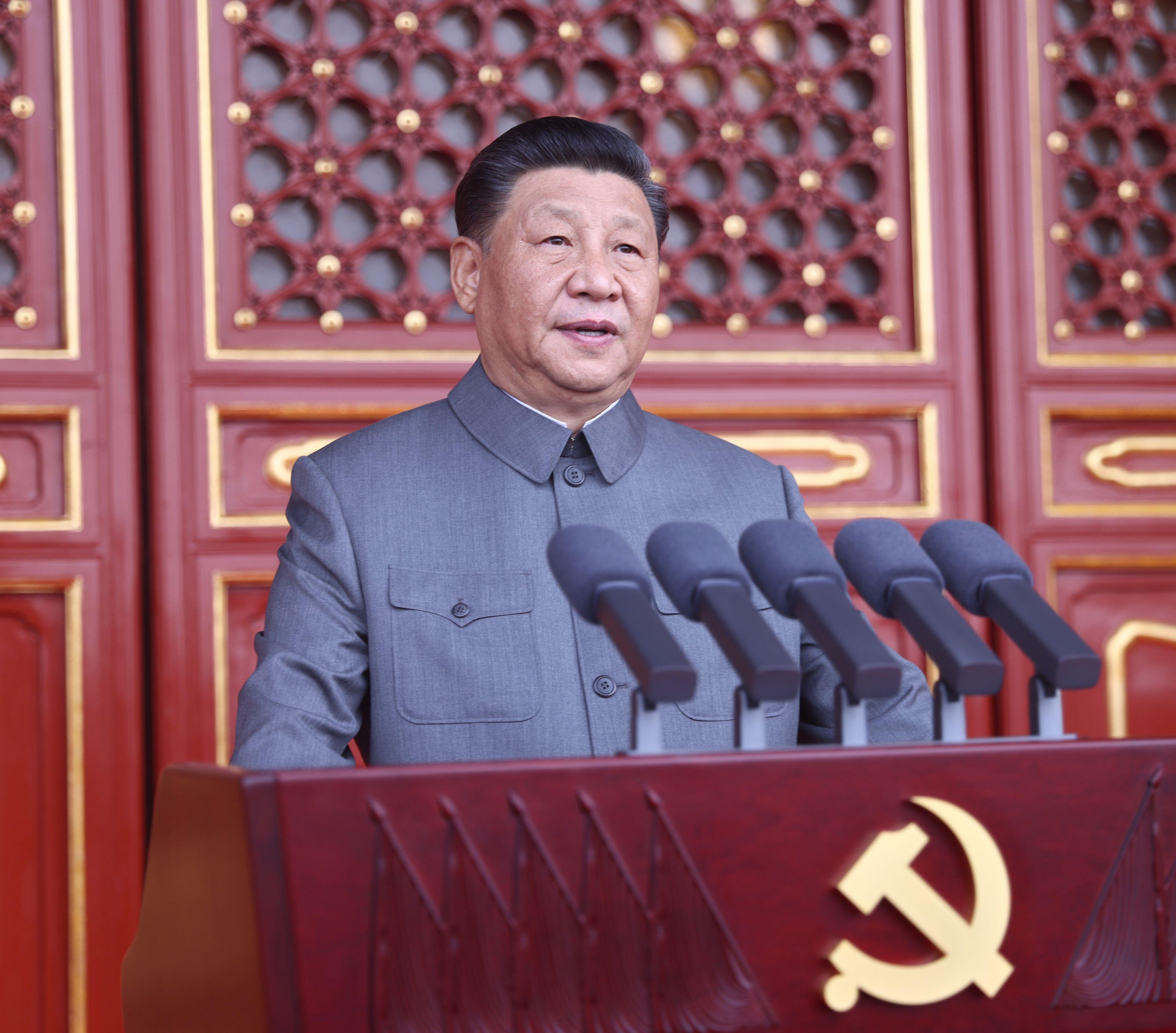 And China's relationship will Russia could be problematic, Professor Breslin said.

"Its partnership with Russia suffers from several contradictions, and their competition for influence in Central Asia can be pretty problematic for their relations soon," he said.

Thursday's centenary celebrations began with a flyby of fighter jets and helicopters observed by the nation's leaders, seated at the southern ramparts of the Forbidden City.

A 3,000-strong chorus sang seven socialist songs during the event.

The party's official narrative glosses over past mistakes or current controversies, emphasising development, stability and efficiency – including boasting its apparent controlling Covid at home, despite doubts from the West.

More recently, China has come under criticism and sanctions for detaining more than 1 million Uyghurs and and other Muslim minorities for political re-education in the northwestern region of Xinjiang.

It has also been slammed for imprisoning or intimidating into silence those it sees as potential opponents from Tibet to Hong Kong.

Despite China's inevitable rise to the top, Professor Brown said the nation "does not want to be saddled with the same kinds of security and political burdens" as the United States.

"It is a very reluctant superpower if you talk just about geopolitics," he said.