China’s Forbidden City will reopen on Friday, over three months after it closed due to the coronavirus crisis – the latest signal that the country has brought the disease under control.

The sprawling imperial palace sitting across Tiananmen Square was shut down on January 25 as authorities closed tourist attractions and took other extraordinary measures to contain the virus, including locking down an entire province.

The Palace Museum, which manages the Forbidden City, announced Wednesday that it will reopen from May 1, with a daily limit of 5,000 visitors – down from 80,000 before the pandemic. 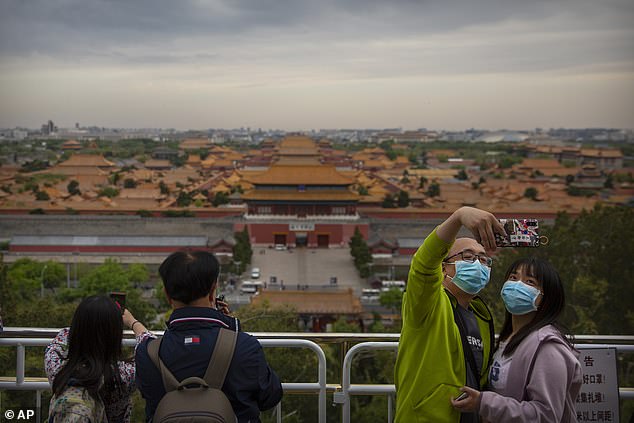 China’s Forbidden City will reopen on Friday, over three months after it closed due to the coronavirus crisis. People wearing face masks pose for a selfie at a public park overlooking the Forbidden City on April 25 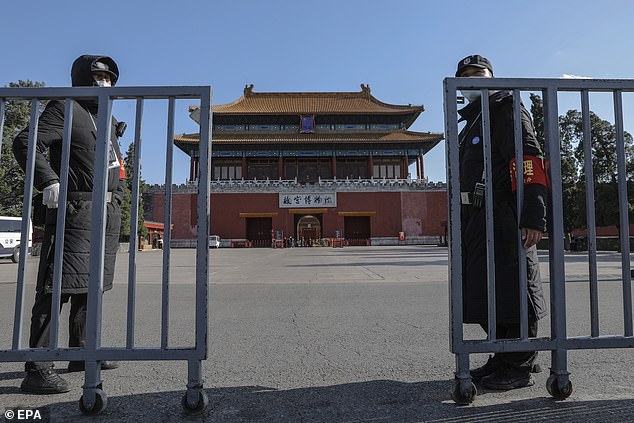 The sprawling imperial palace sitting across Tiananmen Square was shut down on January 25. Pictured, security guards wearing a protective face masks stand near an entrance of the Forbidden City on April 20

Authorities have implemented other measures to reduce risks of infections at the cultural site, which in normal times attracted huge crowds.

Visitors will have to wear masks and show health codes on a special mobile phone app that indicates if they are an infection risk before entering.

Temperatures will be taken at the entrance and anyone coughing or showing a fever will be turned away. Visitors will have to stand one metre from each other.

Within half an hour of the announcement, around 2,500 tickets for May 1 were booked, according to the ticketing website.

While much of the rest of the world is still enforcing confinement measures, China has been resuming work, reopening schools and lifting restrictions on movement as the number of domestic infections have plunged and no new deaths have been reported in two weeks.

The capital announced earlier that Beijing’s museums would progressively reopen from May 1.

Beijing also lowered its emergency alert from the highest level and lifted a strict quarantine requirement for domestic travellers from ‘low-risk’ areas, which it had kept in place long after many other regions in the country eased travel restrictions.

Within half an hour of the announcement, searches for air tickets climbed quickly on booking website qunar.com, according to the official Xinhua news agency.

Arrivals in Beijing from the virus epicentre of Hubei province as well as travellers coming from abroad are still required to complete a 14-day quarantine, state broadcaster CCTV reported.

The National People’s Congress – the country’s rubber-stamp legislature – set a May 22 date for its annual session, which had been delayed due to the outbreak. 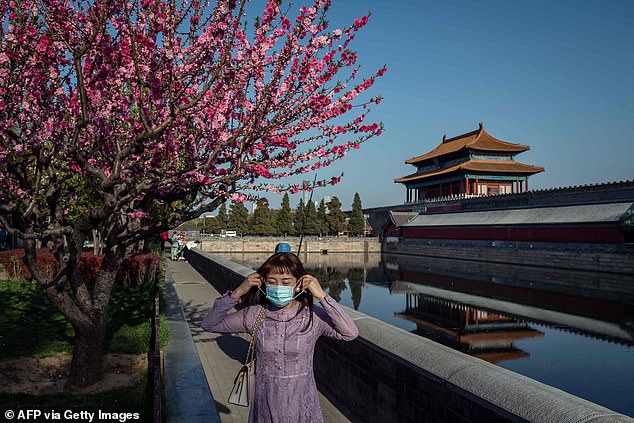 The capital announced earlier that Beijing’s museums would progressively reopen from May 1. A woman is pictured outside the Forbidden City