Chinese city vows to deport 'foreigners' who refuse to be quarantined

Chinese officials have pledged to deport any ‘foreigners’ who refuse to cooperate amid the coronavirus crisis as the nation faces scrutiny for discriminating foreign nationals living in the country.

Non-Chinese citizens who dodge health checks, quarantine or treatment will be expelled from the country, said police in Guangzhou of southern China today.

The move comes as cities around China have seen a surge of imported cases from inbound travellers and asymptomatic patients, sparking fears of a possible second outbreak.

Guangzhou is the capital city of Guangdong province and home to China’s largest African migrant population. The metropolis has come under fire recently over racist mistreatment towards black people. 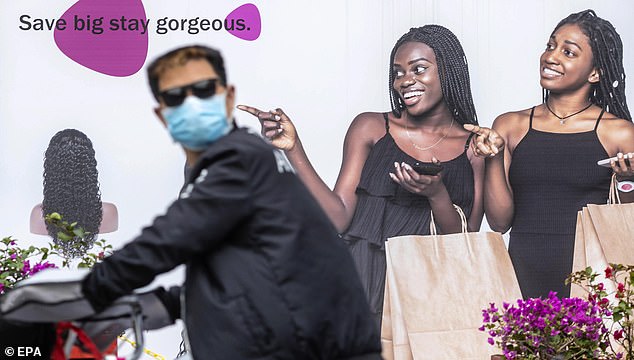 Non-Chinese citizens who deny health checks, quarantine or treatment will be removed from the country, said police in Guangzhou of southern China today.  A man passes by a poster in part of the Guangzhou city where most of the African people live and work 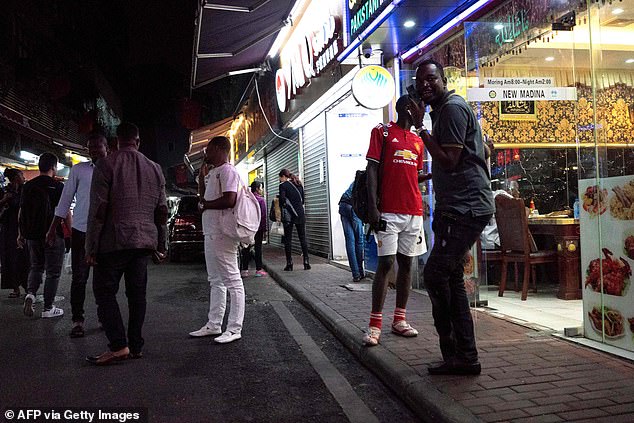 FIlE: People are pictured gathering on a street in the ‘Little Africa’ district in Guangzhou, China

Cai Wei, a spokesperson for the Guangzhou police, said on Thursday that all foreign nationals living in the city should follow the government’s rules against the spread of the contagion.

The regulation includes carrying passports at all times to be checked by the authorities.

Non-Chinese citizens are also required to cooperate with officers for health checks, quarantine and receiving treatment. People who fail to comply will be deported based on their circumstances, Mr Cai noted.

Property owners who fail to register foreign tenants to the police will also be punished, according to the press.

‘Since the start of the anti-virus operation, the Guangzhou police have received the support, understanding and cooperation of the general public and foreigners in Guangzhou.

‘We have always placed great importance on the safety of the general public and foreigners in Guangzhou,’ Mr Cai added. ‘And we’ve protected their legitimate rights and interests in accordance with the law.’

The official also stressed that foreign nationals have always been treated equally as the Chinese residents during the coronavirus crisis.

The announcement comes as African expats in Guangzhou have claimed to be evicted from their homes, banned from entering restaurants and turned away from hotels because the locals think they might have COVID-19.

US and African officials have confronted China publicly and in private over racist mistreatment of black people.

McDonald’s had to close a chain in Guangzhou after it banned black people from entering.

A half-black, half-Asian beauty blogger has been racially abused by Chinese internet users because of her African origin.

A U.S. Embassy security alert on Saturday said that ‘police ordered bars and restaurants not to serve clients who appear to be of African origin,’ and local officials have launched mandatory testing and self-quarantine for ‘anyone with ‘African contacts’.’

Africans in Guangzhou also claimed they have shunned by others in public and targeted for additional COVID-19 tests without ever seeing the results. 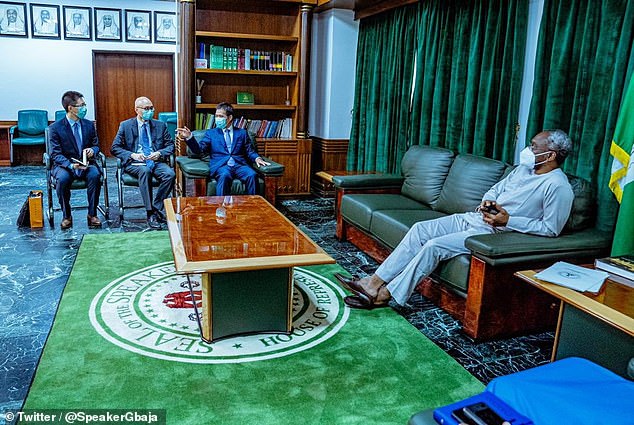 Since April 4, Guangzhou Health Commission has screened 4,553 African nationals currently living in the city, according to an official yesterday. A total of 111 residents tested positive for the coronavirus.

The city officials recorded 13,652 African citizens living in Guangzhou in December 2019. Less than half of them have remained in the city after the outbreak began.

‘We have provided African nationals with the exact same nucleic acid testing procedures as we do for Chinese and other foreign nationals,’ Chen Yongqiu, deputy chief police officer of Guangzhou, told the press on Monday.

‘We appointed the same quarantine hotels and staff members. There is no discrimination or racism.’

Chinese experts have warned that the surge of ‘imported cases’ and asymptomatic patients could trigger a new wave of outbreak, spoiling the nation’s progress to curb the epidemic.

The authority has urged officials to step up monitoring ‘scattered infections’ and possible ‘regional outbreaks’, triggered by non-native cases and patients with no symptoms. 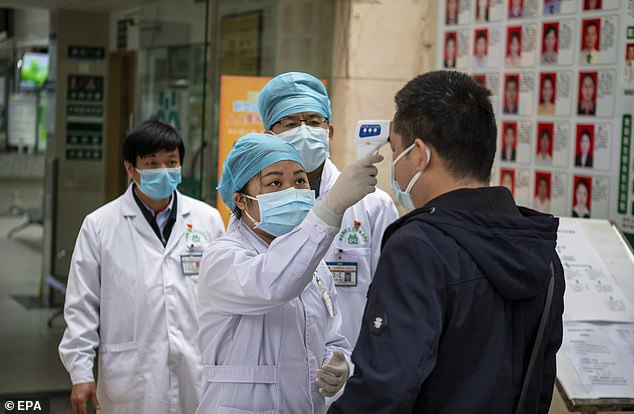 Chinese experts have warned that the surge of ‘imported cases’ and asymptomatic patients could trigger a new wave of outbreak. Medical workers check the body temperature of a resident entering a community health centre in Guangzhou 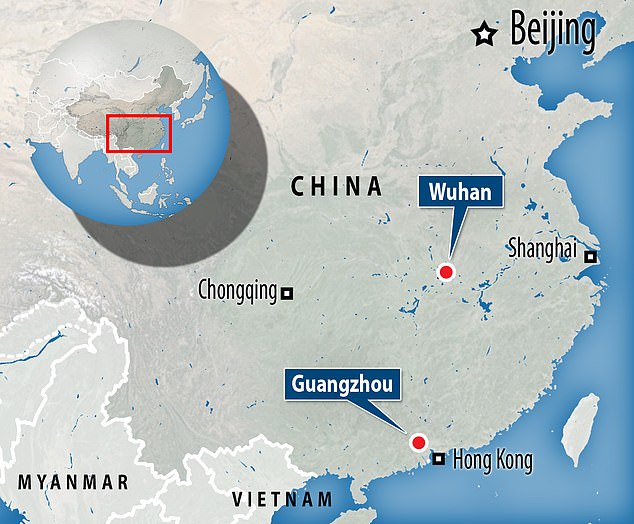