DURHAM and San Jose are pegged to be some of the US cities best equipped to quickly bounce back from the coronavirus recession, experts say.

But more densely populated areas that rely on tourism, like Honolulu and Las Vegas will struggle to get back on their feet. 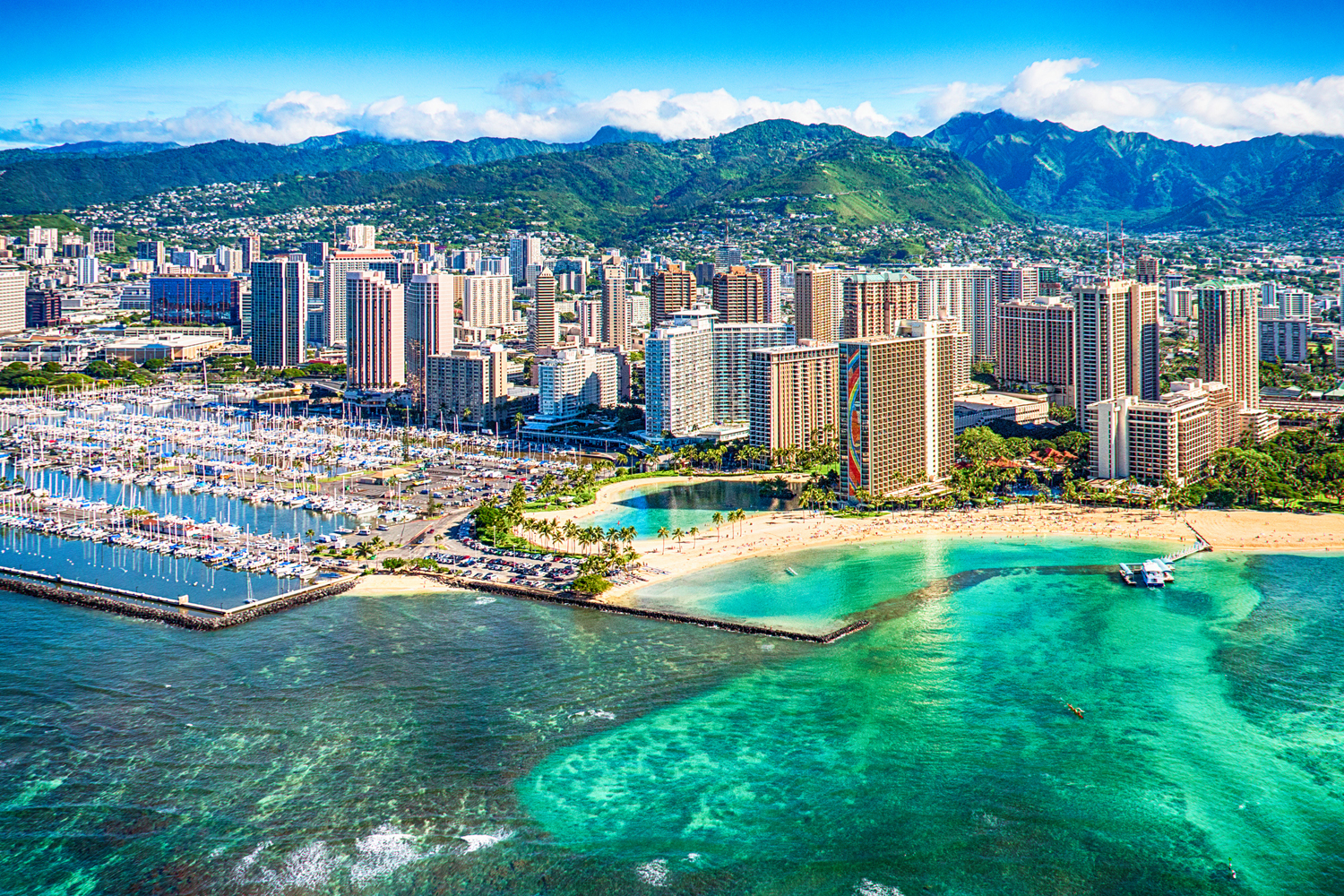 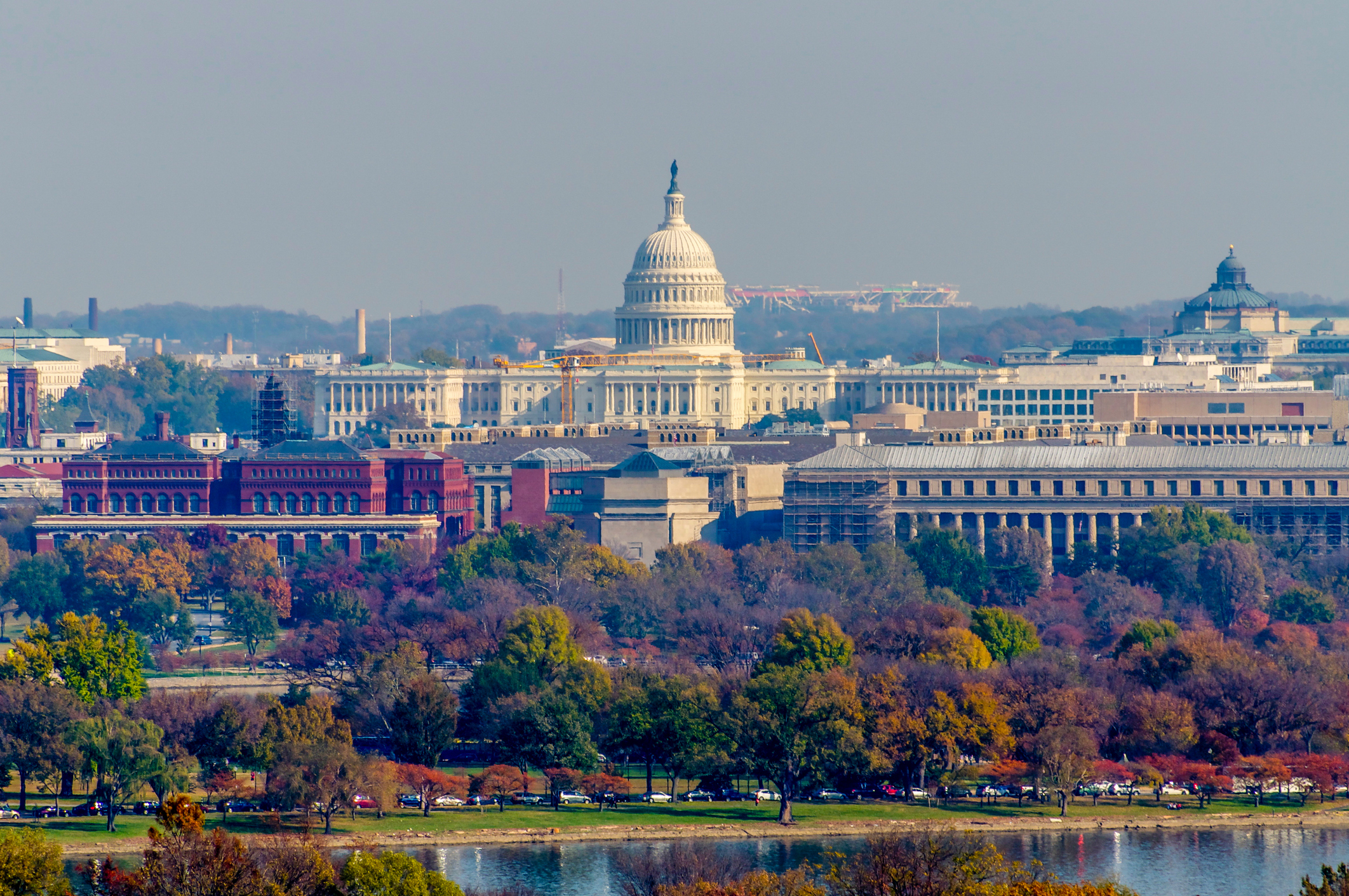 Low population density and educational attainment are the key factors in recovery from the coronavirus recession, according to Moody's Anlaytics.

Moody's analysed the top 100 metro areas in America with San Jose and Durham as well as Washington D.C.; Austin, Texas; Seattle; and Minneapolis coming out on top.

Meanwhile Las Vegas, Nevada; Miami, Florida; and Honolulu, Hawaii are thought to struggle to get out of recession.

Speaking to Yahoo News, Senior Regional Analyst at Moody's Adam Kamins said: "The most dynamic recoveries may well bypass traditional powerhouses and take place instead in areas that [weren't] poised to lead the way in 2020 before everything changed."

Referencing the 2008 crash, he added: "A key difference between this recovery and the last recovery is the population density. 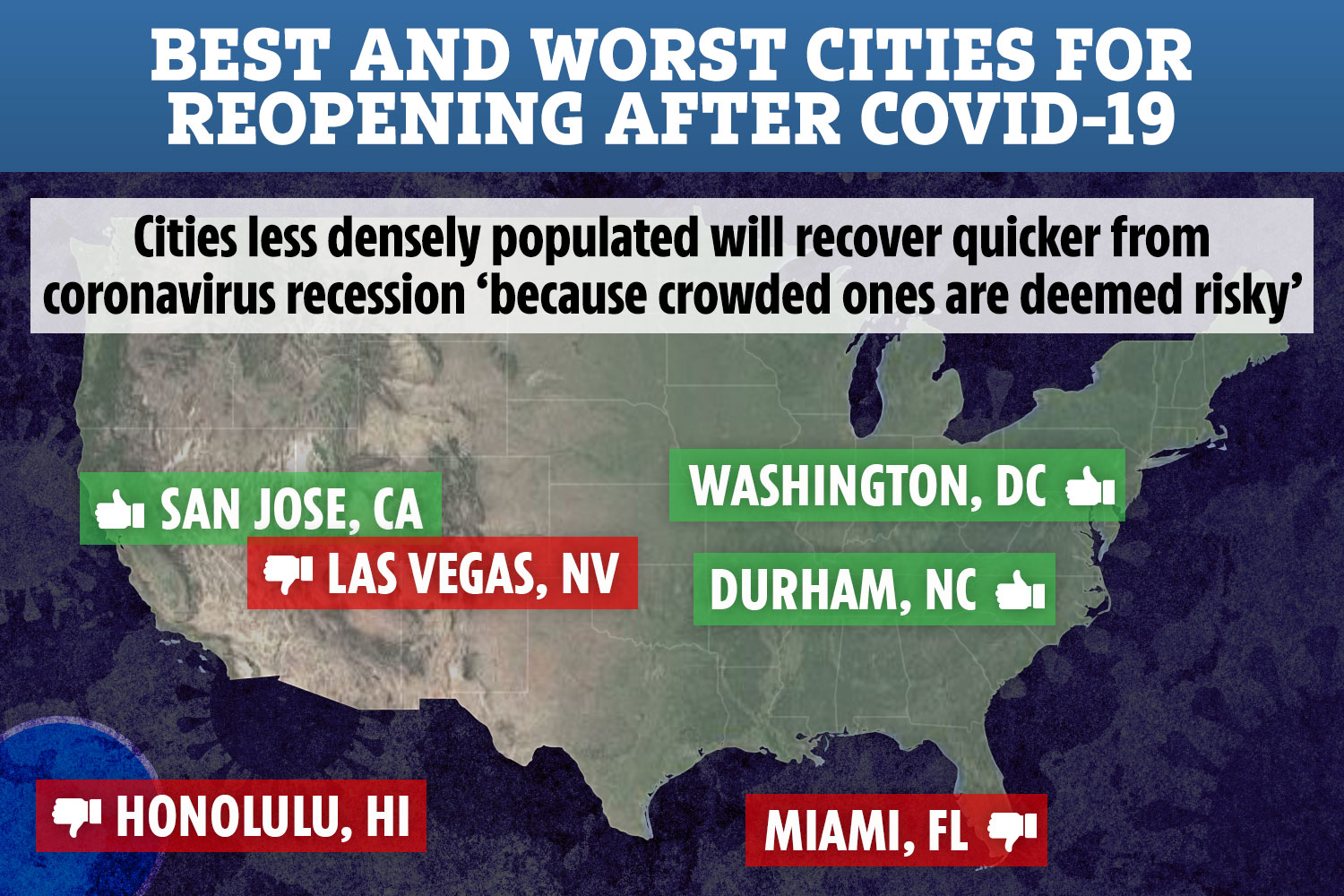 "It's going to have a different effect this time than it did last time.

"Big densely populated cities … are going to be viewed as inherently risky."

Mr Kamins went on to compare the current situation to the Great Depression, after which "the first places out of the recession were big densely populated global cities."

According to the stats, the perfect recipe for recovery is in somewhere like Durham, north Carolina with a low population density and an economy built around their largest university, Drake – which brings up levels of educational attainment.

He said: "They're not places that you think of as sort of prestigious economies — they're somewhat isolated in terms of where they are relative to the rest of the US.

The most dynamic recoveries may well bypass traditional powerhouses

"But both of those actually have a pretty strong financial services sector, a fairly well educated population, especially compared to the kind of surrounding regions at lots of opportunity to kind of spread out."

The only East Coast city to see itself at the top of the scale was Washington DC, where a lower population density places them higher than other Northeastern cities, Kamins said.

Tourist hotspots New York, Miami and Las Vegas will have to scale the most obstacles to recovery, data predicts.

Mr Kamins said: "New York City's greatest asset is a large, skilled workforce that is drawn to the fast-paced and highly interactive nature of life in the Big Apple.

"But activities such as riding the subway, dining in crowded restaurants, and attending Broadway shows may be viewed as inherently risky for some time, consistent with the city's status as the single-most economically exposed metro area or division."

He also said future generations could potentially change their way of life, favoring less popular cities in the wake of the pandemic.

He said: "The generation that is growing up today could remember the impact of the COVID-19 pandemic… [and] opt for less densely packed pastures in the decades to come." 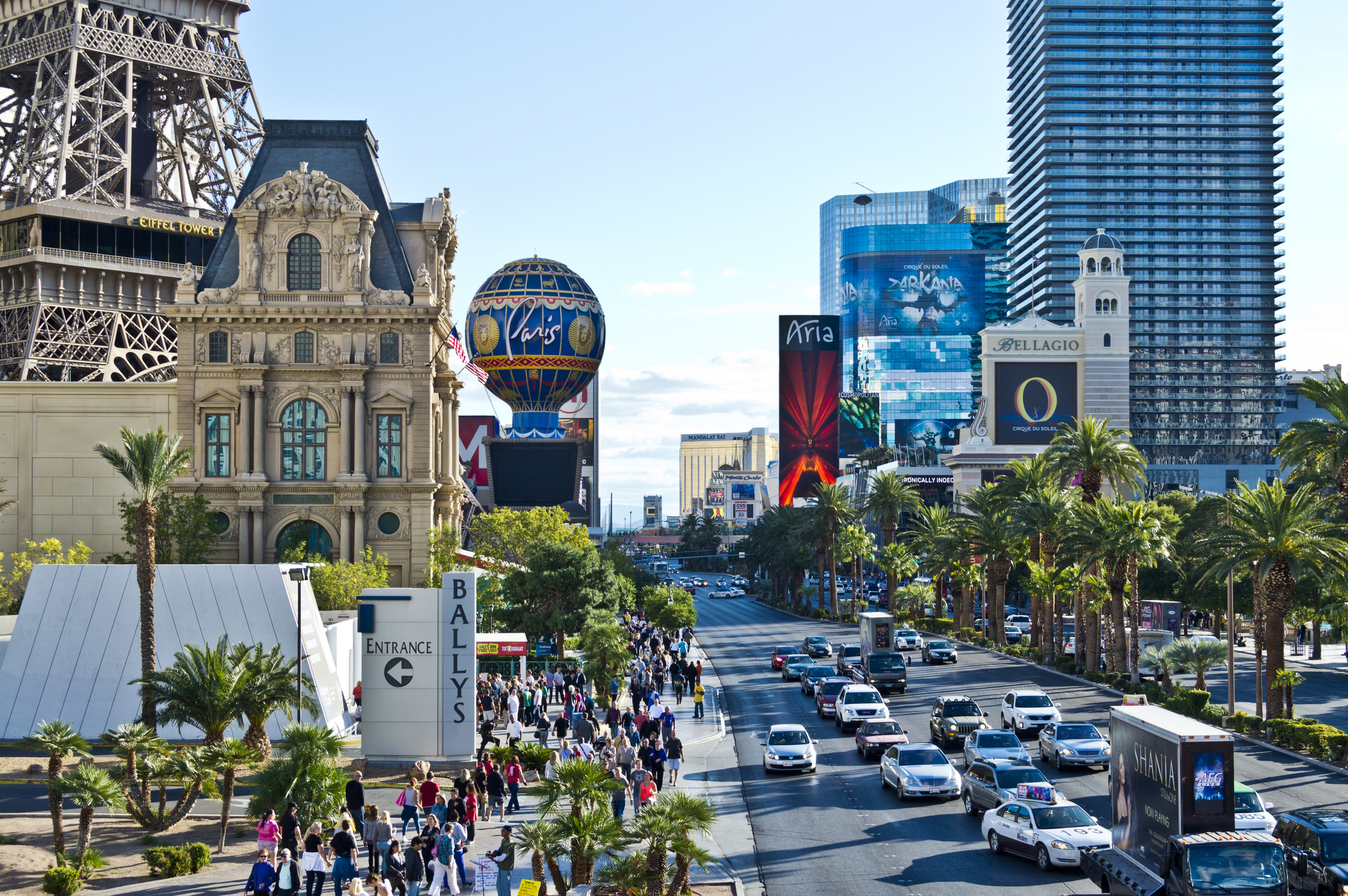 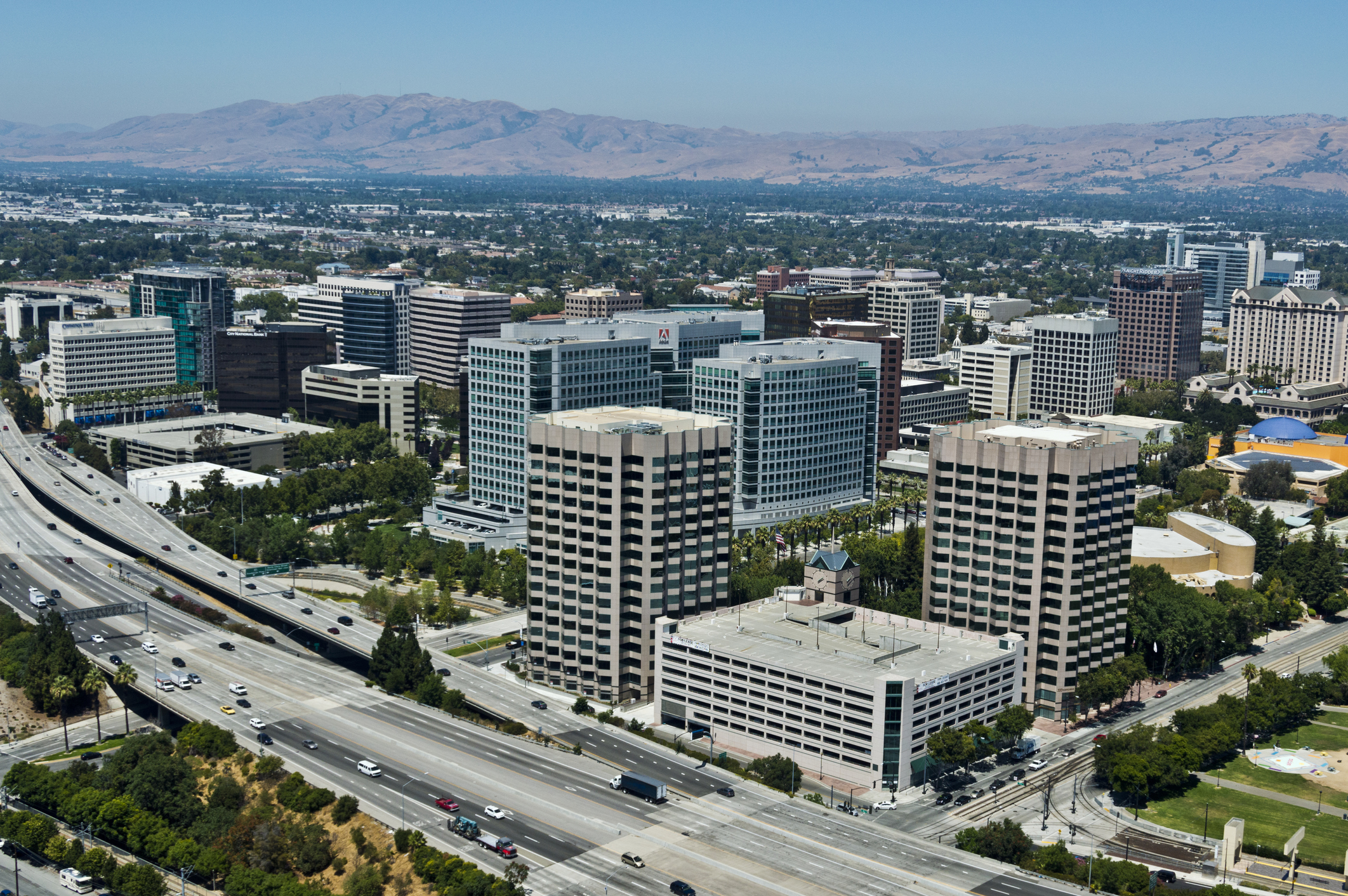