CNN appeared to lose audio while Melania Trump spoke after casting her ballot on Election Day.

The First Lady voted in the Florida battleground that is pivotal to her husband's chances for a second term.

⚠️ Read our US election live blog for the latest news & updates 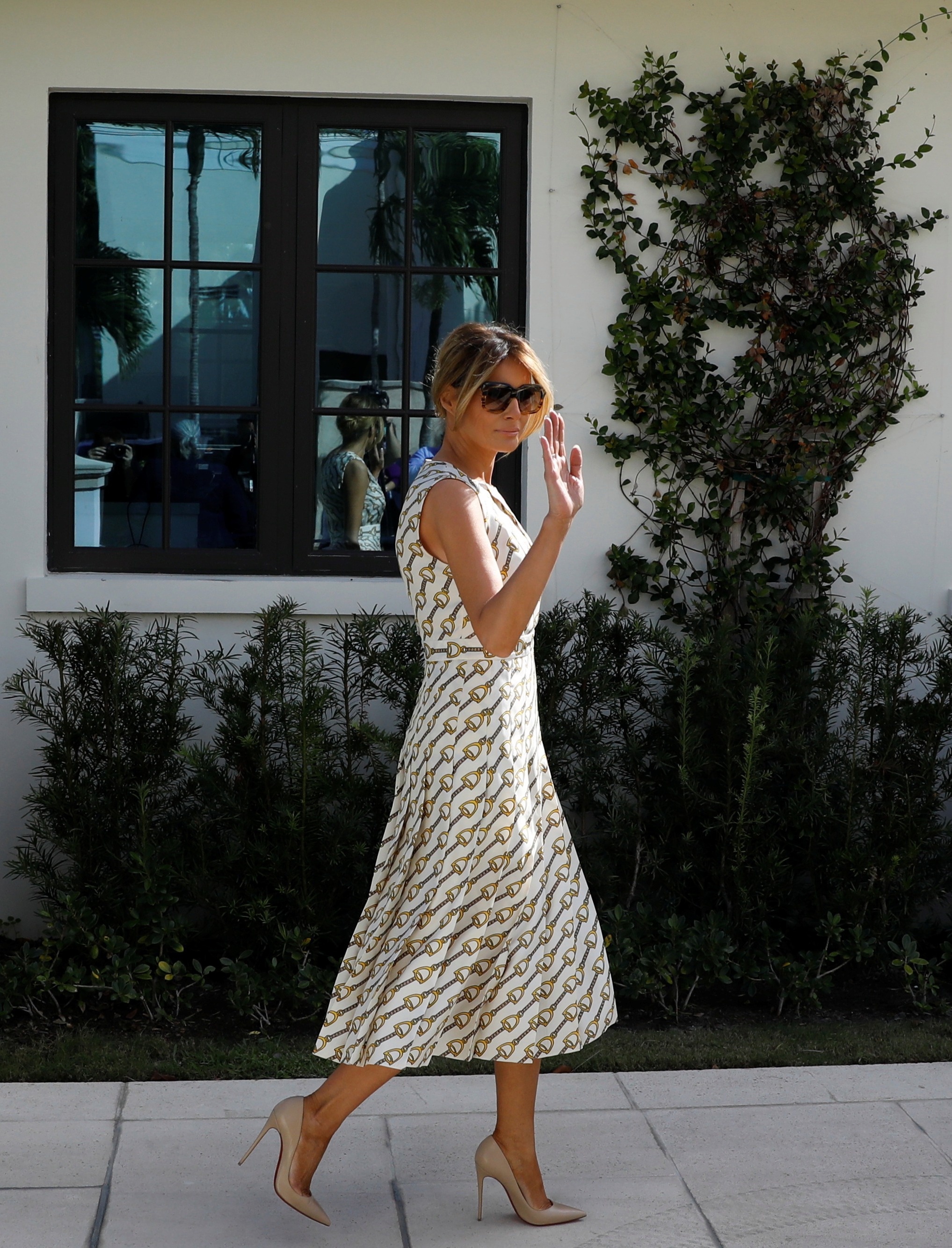 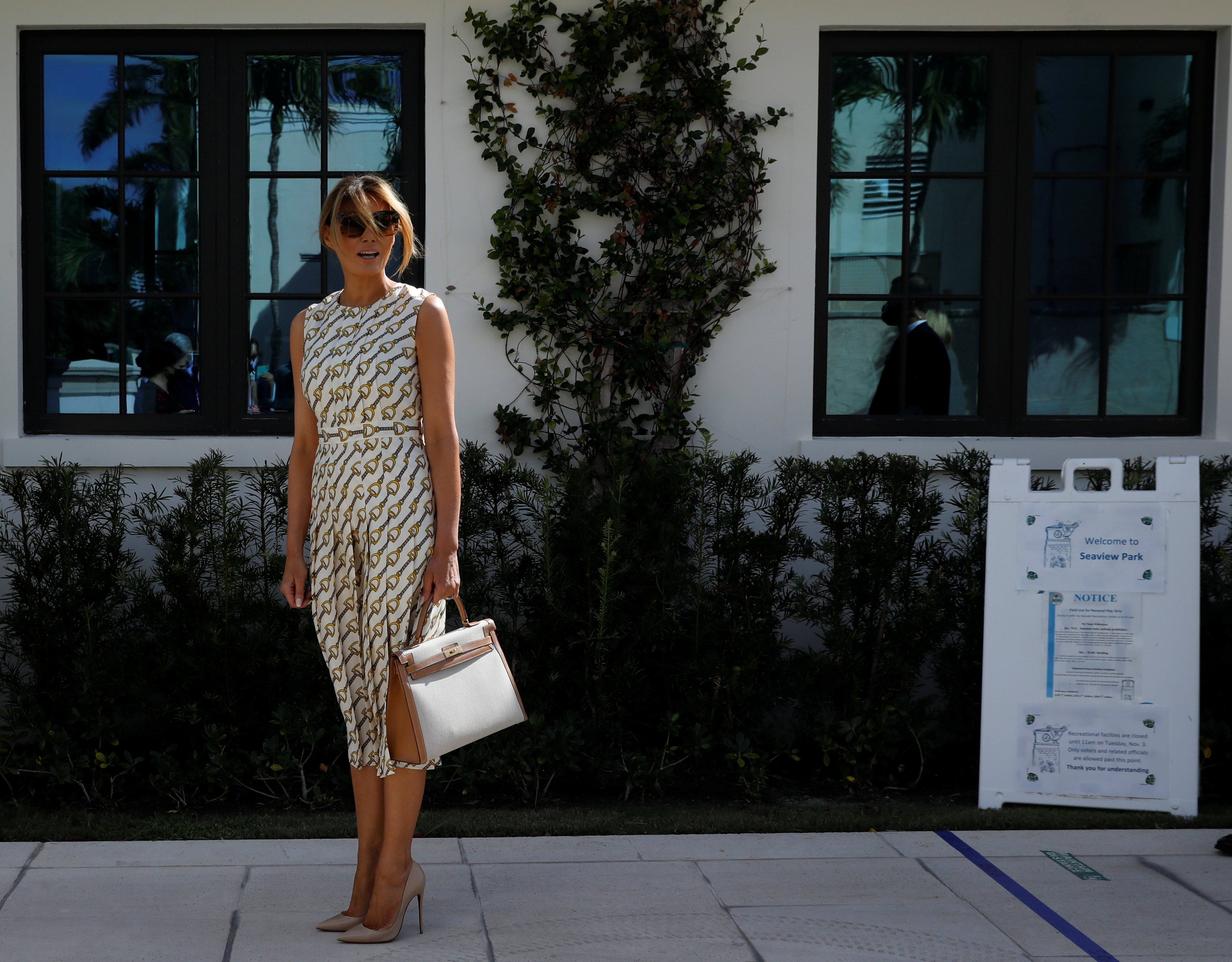 But CNN viewers were unable to hear her words after she voted and spoke to the media.

Melania was wearing a $4500 chain print Gucci dress, sunglasses and Louis Vuitton heels while clutching a Hermes bag as she went to vote.

The 50-yea-old flashed a smile and waved before and after she voted at the Morton and Barbara Mandel Recreation Center, ten minutes' drive from her and the president's Mar-a-Lago home.

The President and his wife made the decision late in 2019 to change their official home from Manhattan to Palm Beach.

She has supported her husband during his campaign to be re-elected in the 2020 Election.

The president made his final pitch to voters on Monday night, wrapping up a whirlwind tour that saw him visit some of Election Day's key battleground states.

The First Lady herself has made string of four speeches over the past week in the run up to Election Day. 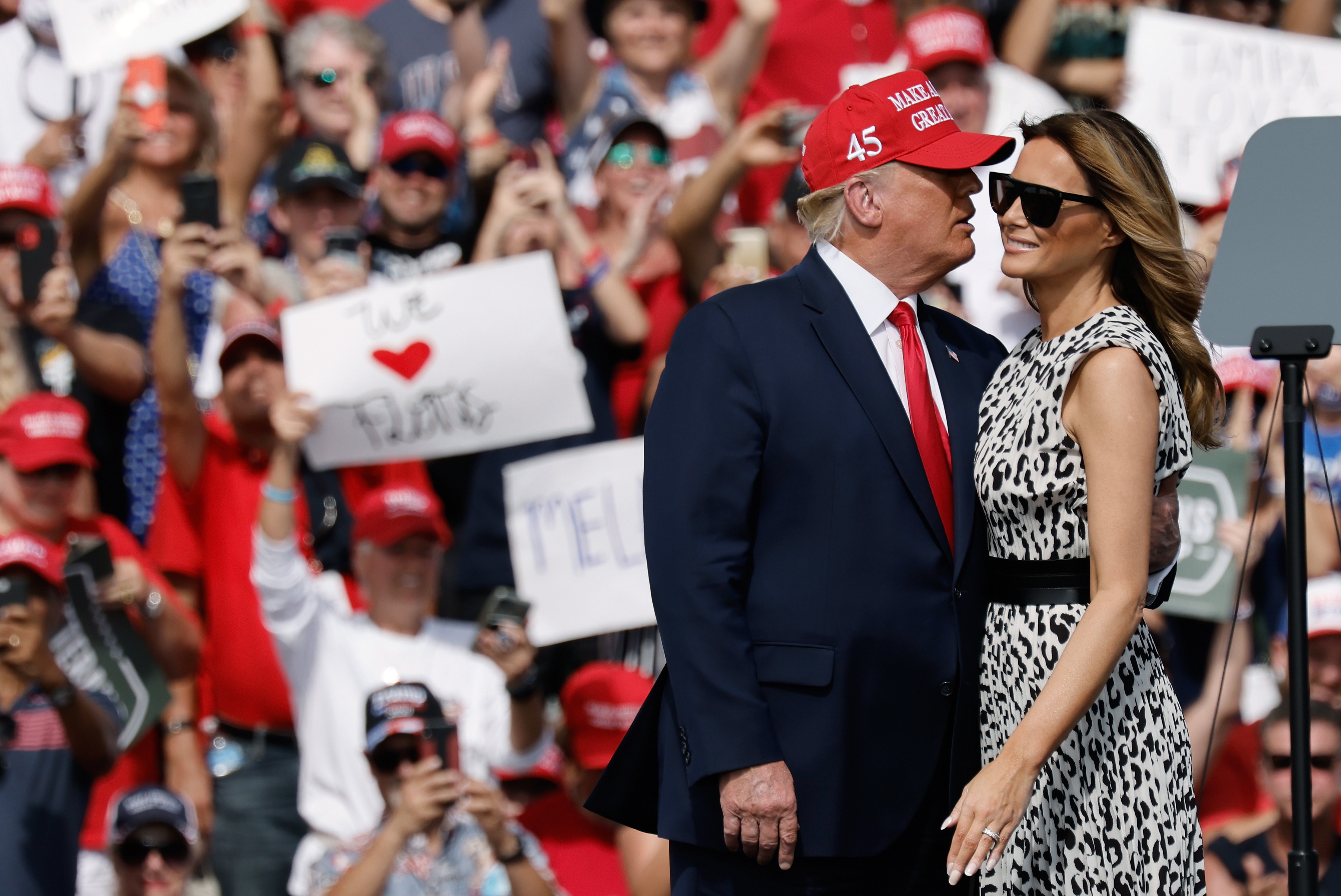 On Monday slammed Joe Biden as a "career politician" who wants to push a "leftist agenda" during a campaign speech in North Carolina on Monday.

During her fourth and final solo speech for the campaign, Trump mimicked the president's mocking tone when discussing the Democratic agenda – and Biden's long history in politics.

"When you vote tomorrow, you are choosing between a Washington outsider who will continue to do all he can to improve our country, a president with [an] America First agenda and proven results," she said.

"Or, you can choose Joe Biden — a career politician of over four decades, with no results."

The first lady's Monday speech was similar to three she gave over the previous week, including one in Wisconsin on Saturday where she accused Biden of hiding "in a basement."

Trump was apparently taking a jab at the fact that Biden was holding fewer campaign rallies than Trump amid the pandemic.

“Joe Biden says he could do a better job leading our great nation,” the first lady said. “Apparently when you hide in a basement, you feel safe communicating your wishful thinking.”

Biden clapped back by sharing a photo of himself at a packed drive-in rally in Georgia, along with the caption, "Who let all these people into my basement?"