Home » World News » Colorado home left in ruins is put on the market for eye-watering $590,000 but what's inside will leave you horrified

Colorado home left in ruins is put on the market for eye-watering $590,000 but what's inside will leave you horrified

A HOME that was trashed by an ex-tenant has been put on the market for an eye-watering $590,000.

The five-bedroom property, in Colorado Springs, was listed as a “fixed upper” after it was destroyed by a woman who spray-painted the walls with messages packed full of expletives. 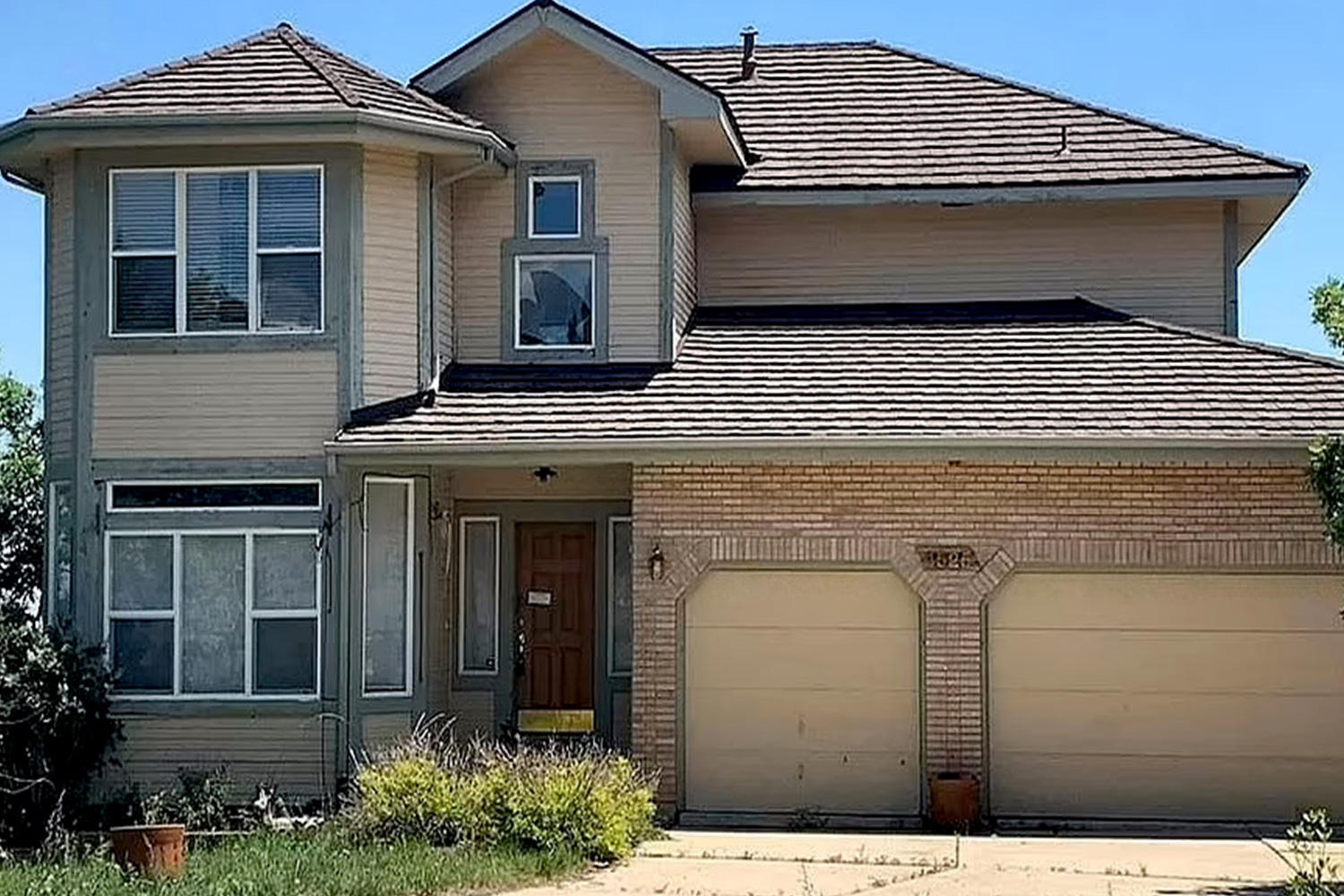 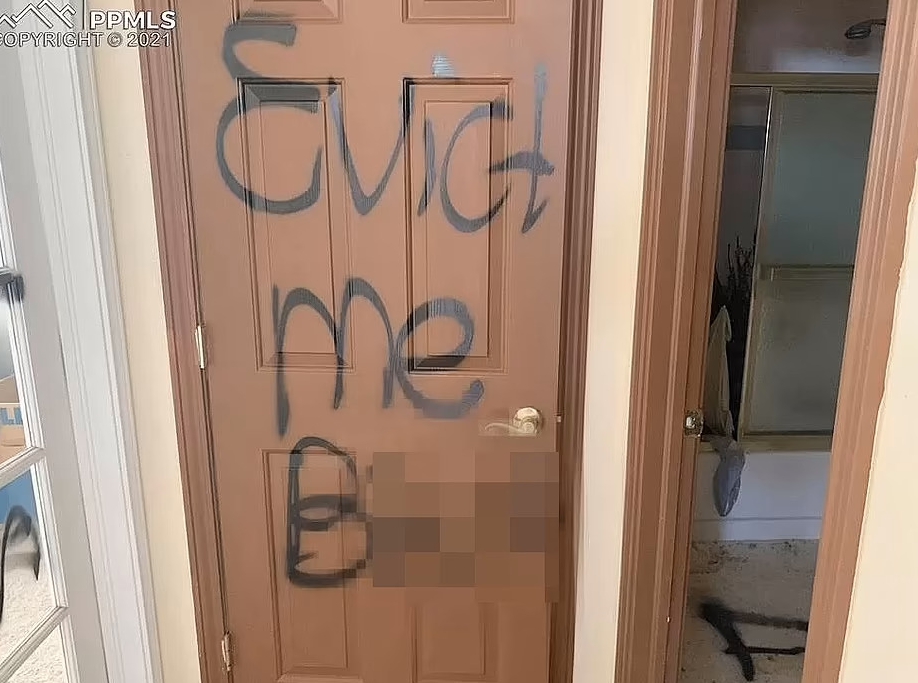 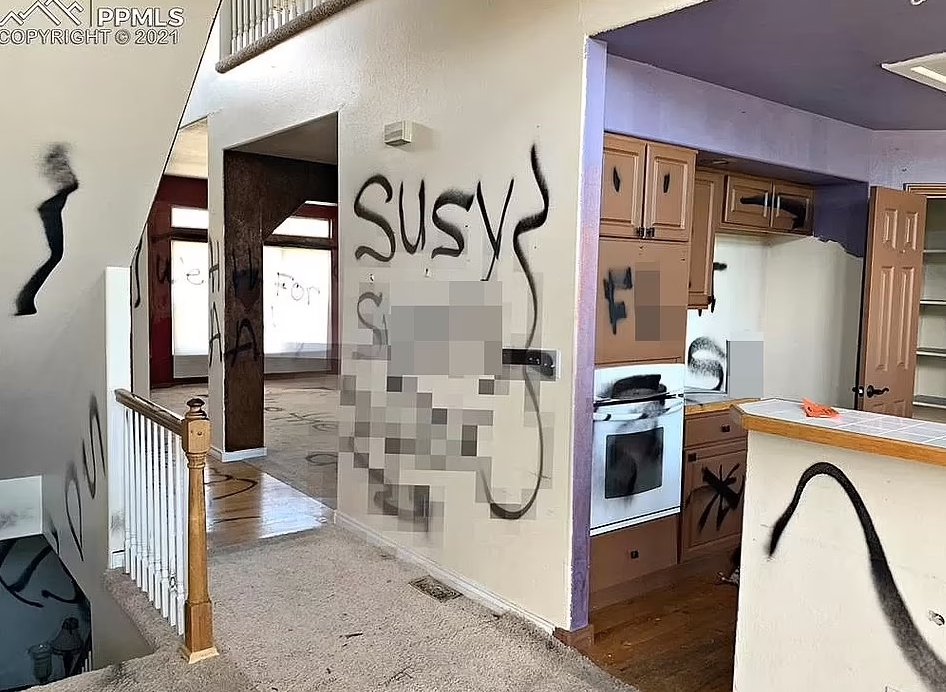 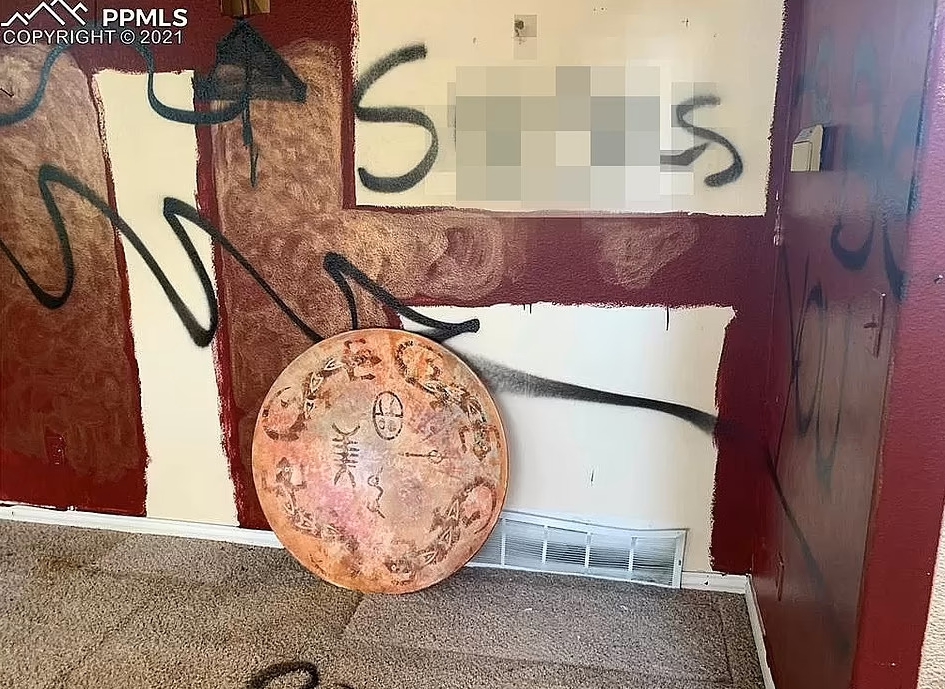 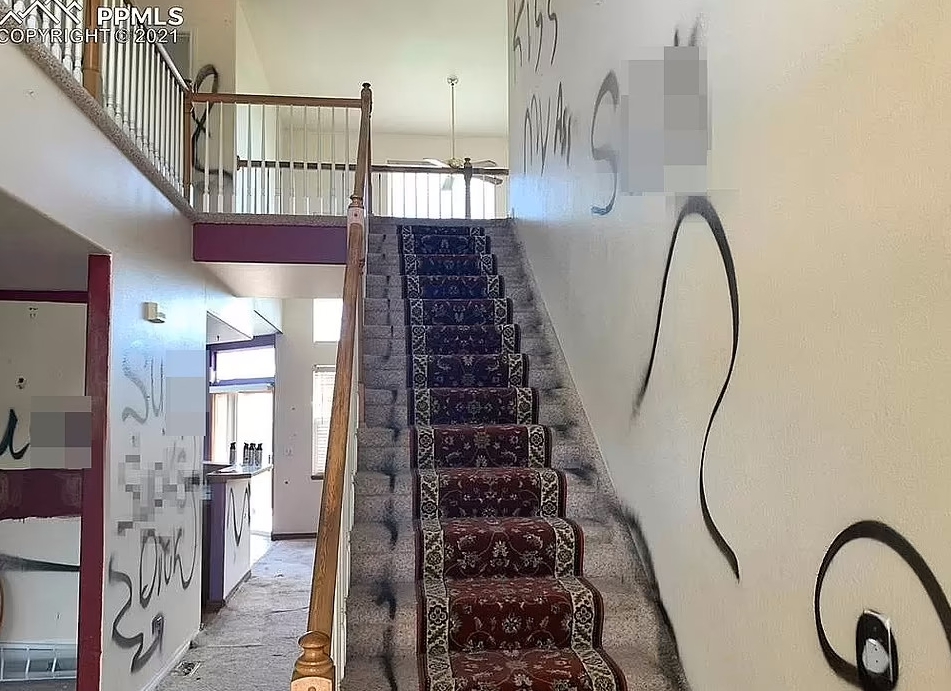 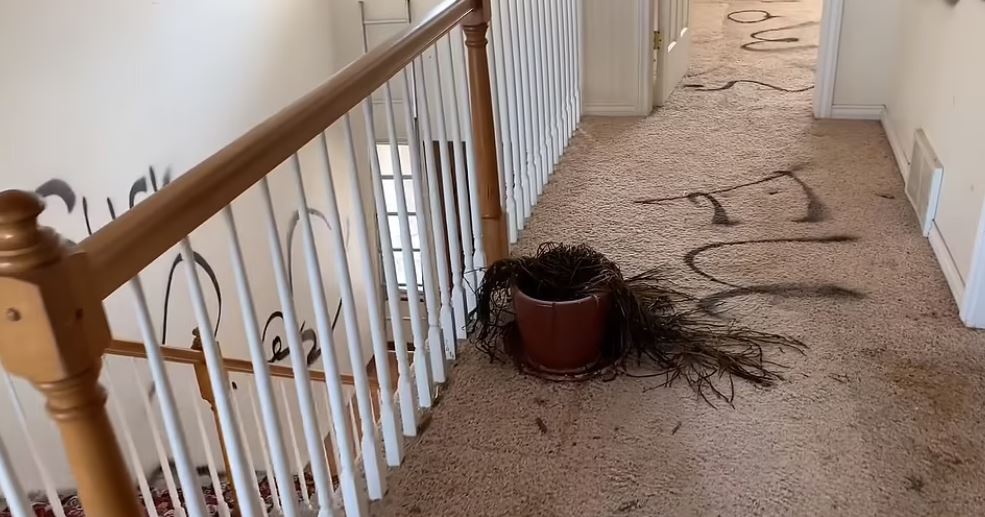 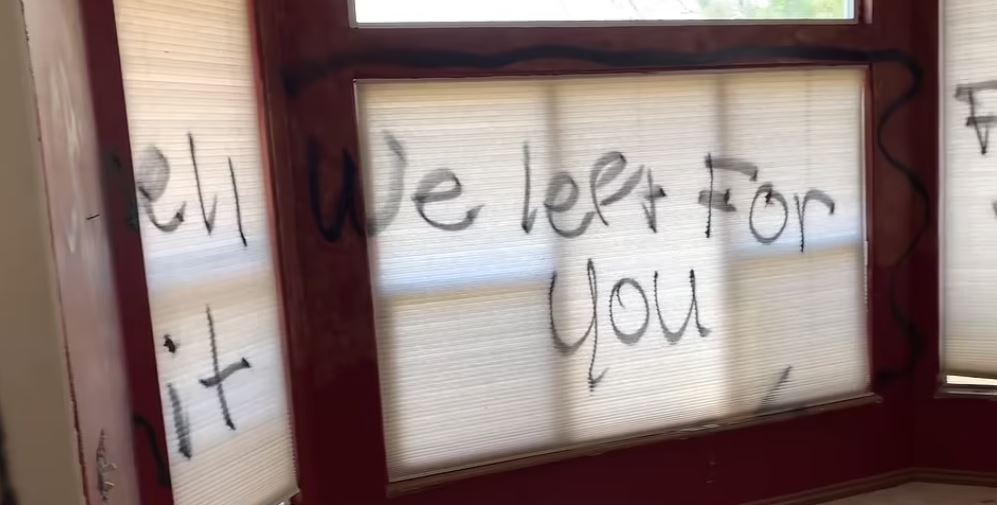 The property was described as “every landlord’s nightmare” in the listing.

The advertisement states: “If you dream of owning your own little slice of hell and turning it into a piece of heaven, then look no further!

“This house is not for the faint of heart but for that special person who can see through the rough diamond to the polished gem inside.”

She said: “The first thing you notice when you enter is not the destruction but the overwhelming smell as you open the door.” 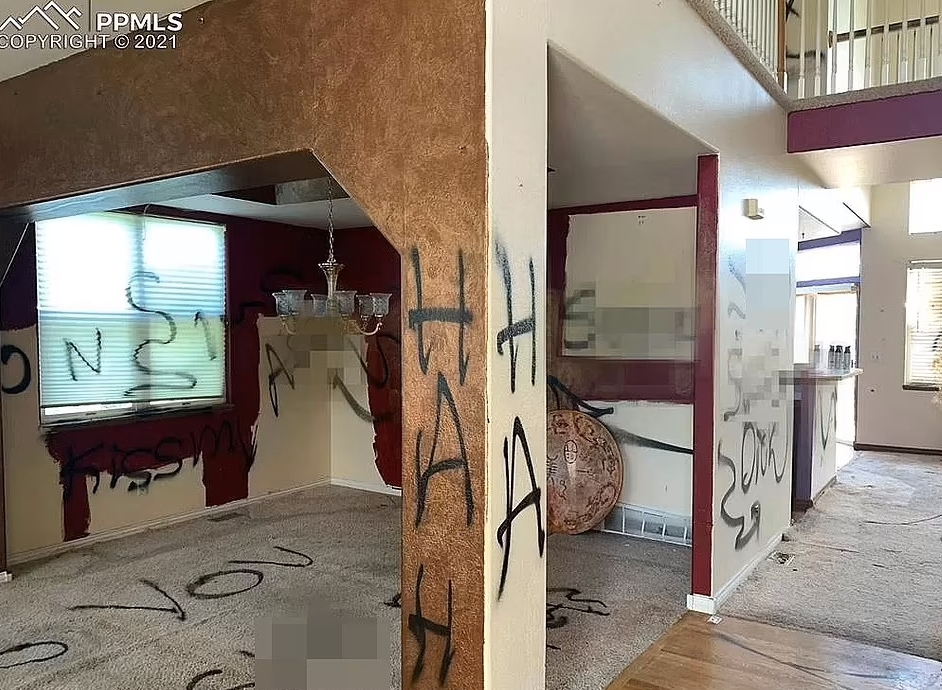 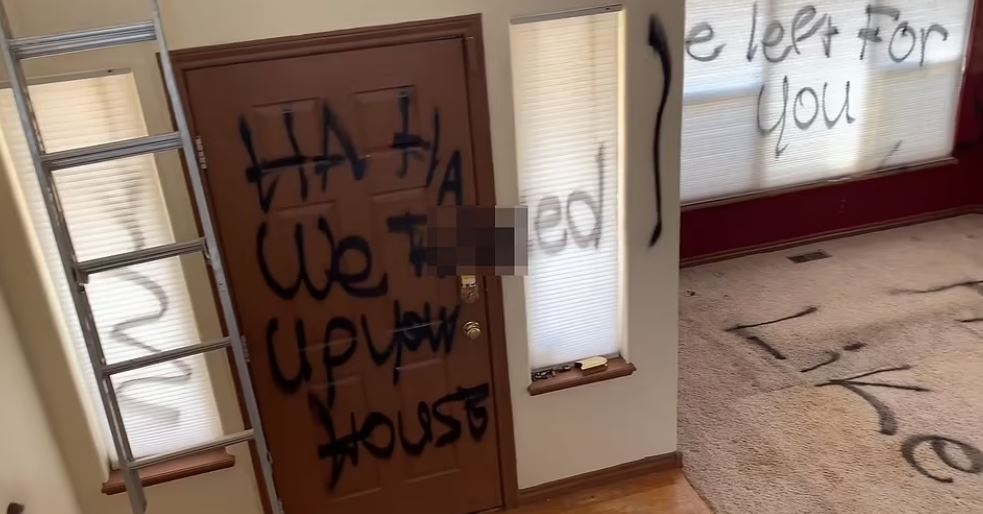 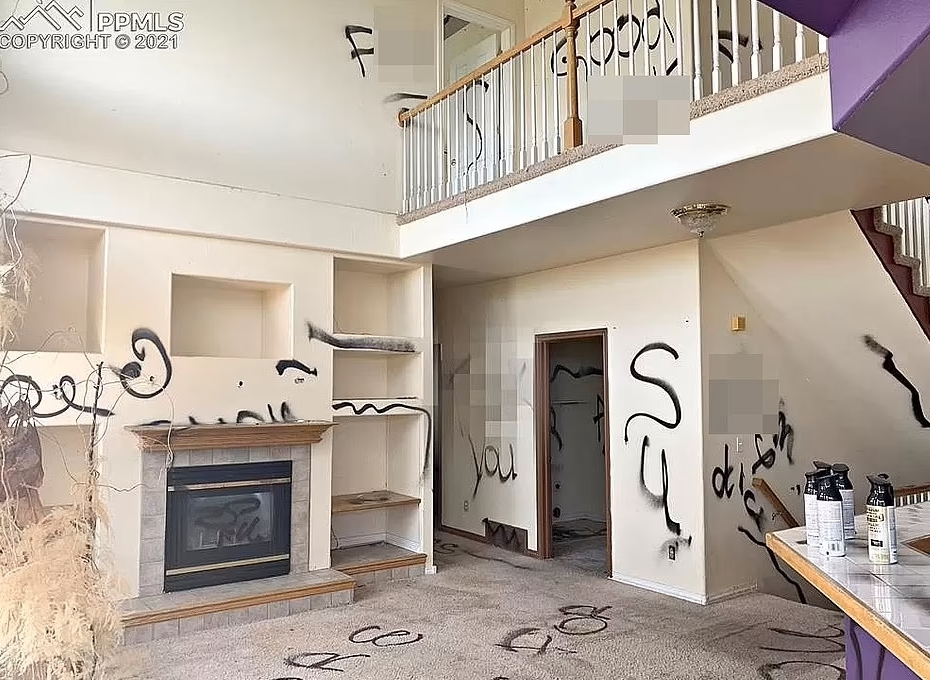 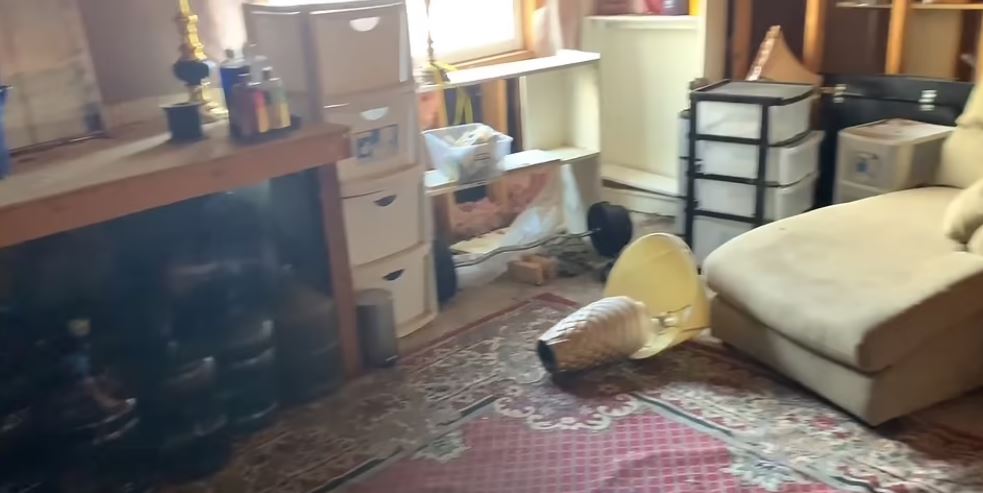 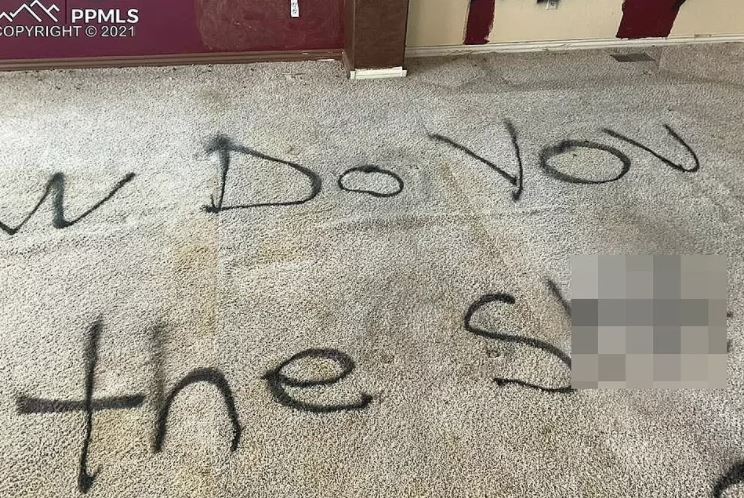 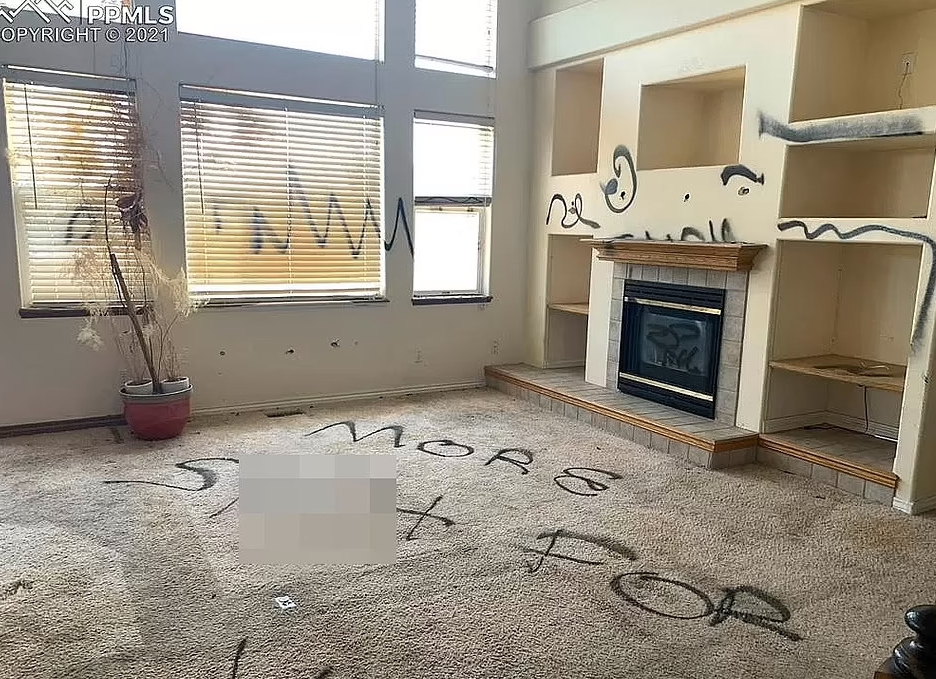 The estate agent said the smell is due to human and animal poo that was allegedly left by the tenant in the living room.

Ms. Foster said the carpets were “saturated with urine”, alleging that a previous tenant left two of her cats to die in one of the bathrooms after she was evicted.

The person on the lease form was not the same as the person who lived there.

She said: “From all accounts, this lady was as crazy as a bedbug. The neighbors said they danced a jig when the nightmare tenant who had been a thorn on their side for years moved out.” 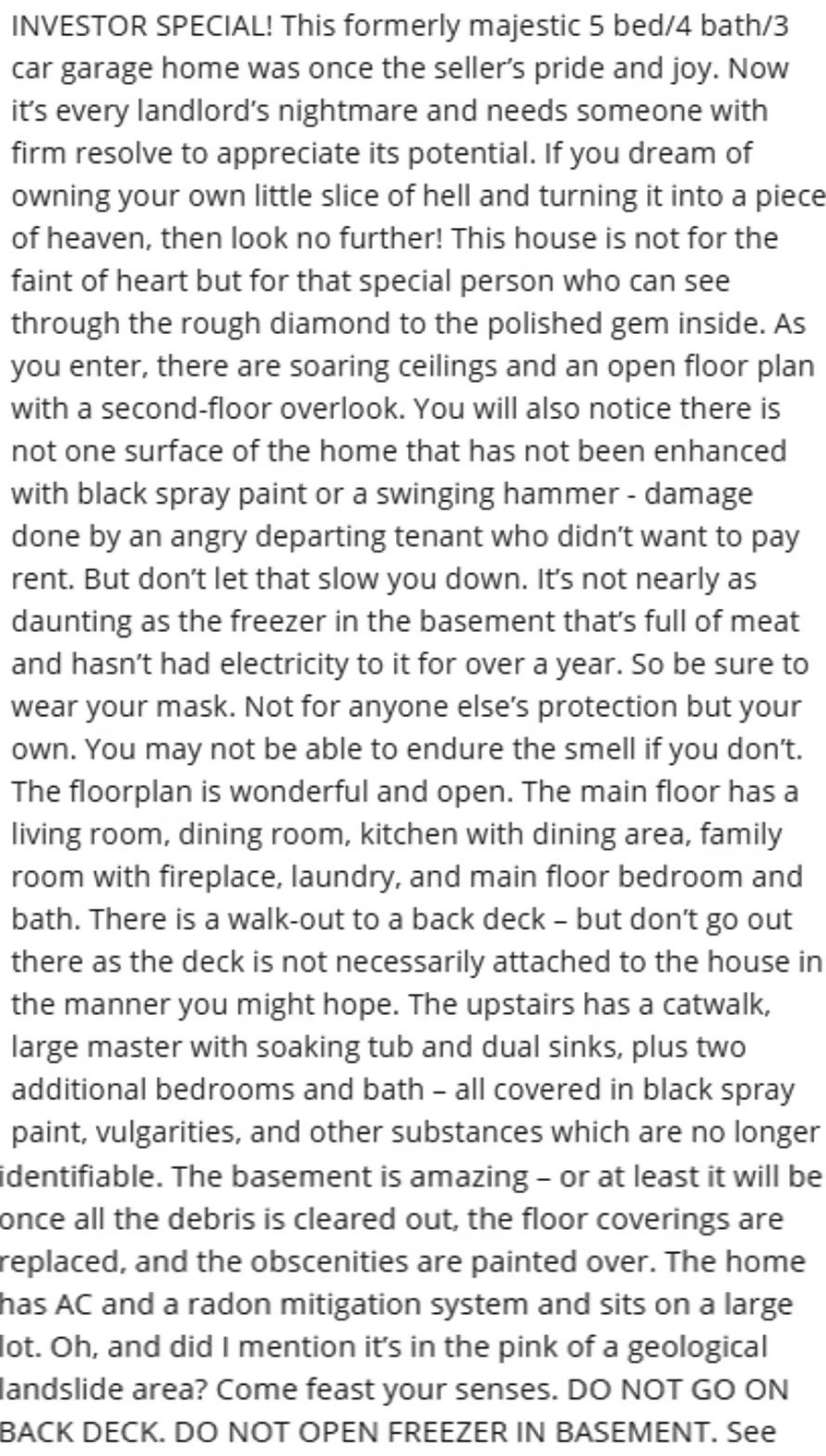 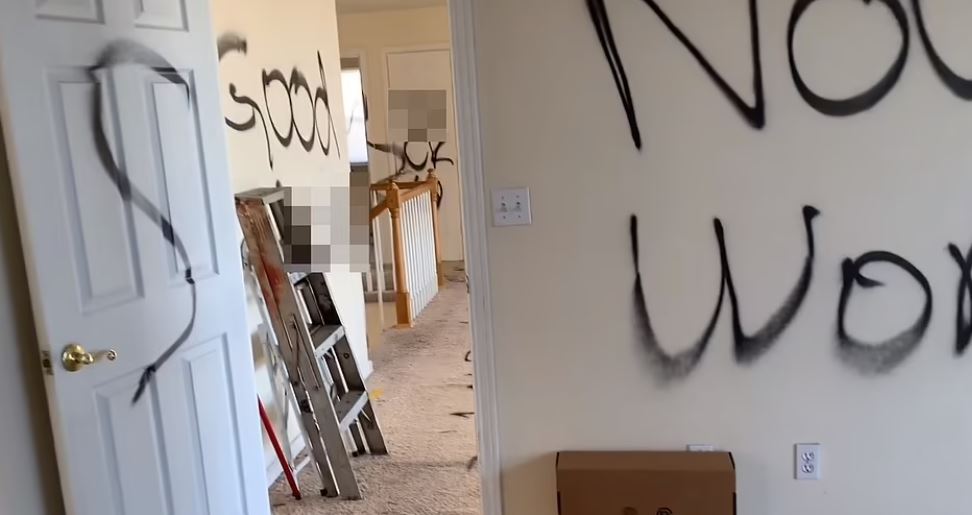 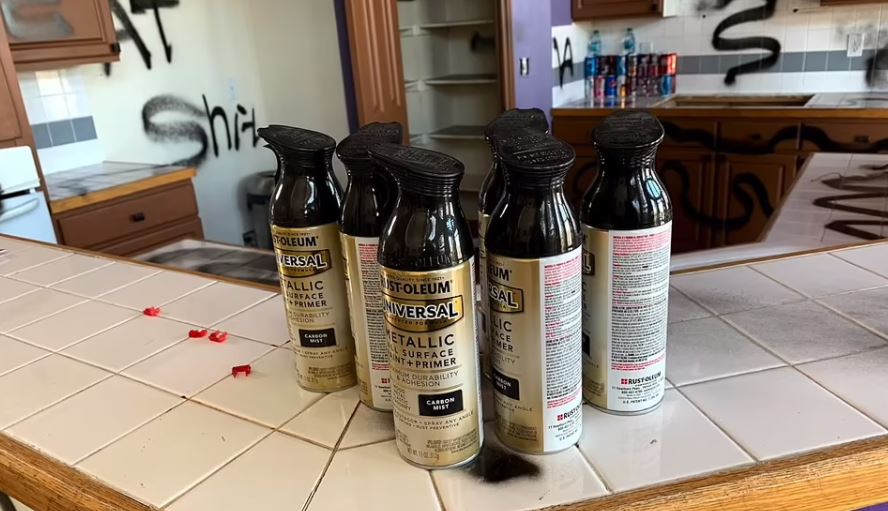 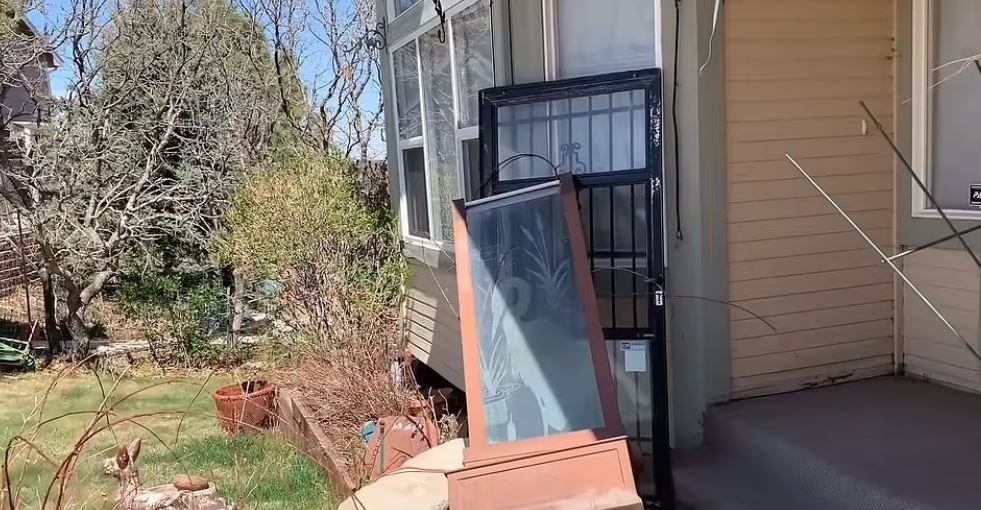 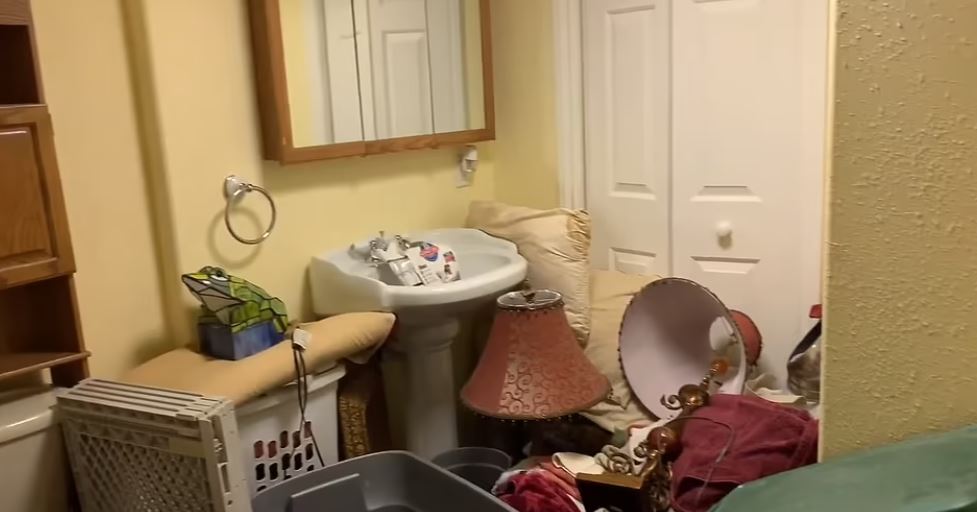 The main floor of the property features a spacious living room, dining room, and kitchen.

The estate agent said the ex-tenant spray-painted the appliances, worktops, and pantry, and took the stove and dishwasher.

On the main floor, there is a family room with a fireplace as well as a bedroom and a bath.

It has a walk-out to a back deck but the listing warned potential buyers not to explore it.

The listing states: “The deck is not necessarily attached to the house in the manner you might hope.”

The four-bedroom home has a catwalk and a large master bedroom on the second floor.

Its two extra bedrooms and bathrooms were also covered in spray paint.

A freezer containing meat is situated in the basement but the room was without electricity for over a year.

She said: “So be sure to wear a mask. Not for anyone else’s protection but your own. You may not be able to endure the smell if you don’t.”

The listing warned potential buyers to avoid the freezer as it reads: “DO NOT OPEN FREEZER IN BASEMENT.”

The property has since been taken off the market according to the estate agent Zillow.