The Syrian mountain dog — who was rescued as a starving puppy last winter by a US airman — was released from a month-long federal quarantine at JFK Airport on Thursday, and the two will soon be reunited.

After finally being cleared by customs and the CDC, the pooch can now stay in the country for good thanks to Paws of War, an agency that reunites soldiers with their battlefield rescue dogs.

Decked out in a pink bandana, Harley was so excited to officially become an American that the first thing she did was pee on the lobby floor of the ARK Pet Oasis, which hosted Harley for the last month.

The federal clearance now brings the mutt a few paw-steps closer to being reunited with the vet who saved her life — Amjad Kirrish, a hero now fighting wildfires in California.

She’ll be flown to her forever home with Kirrish and his wife as early as this week.

“I am happy she’s getting out today and moving forward — and will go home to her family,” Paws of War volunteer Derek Cartwright, a dog lover and a veteran of Afghanistan, told The Post.

Harley was initially too out of sorts to take a biscuit from Cartwright upon getting sprung Thursday morning. But after a few minutes, she was giving kisses and rolling over for a belly rub. 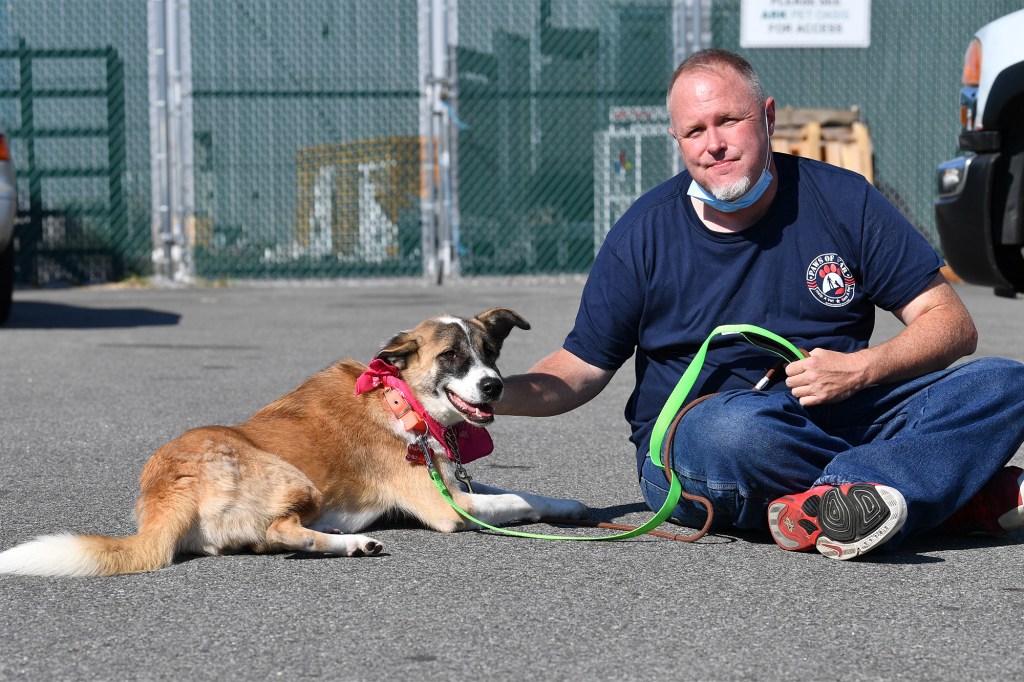 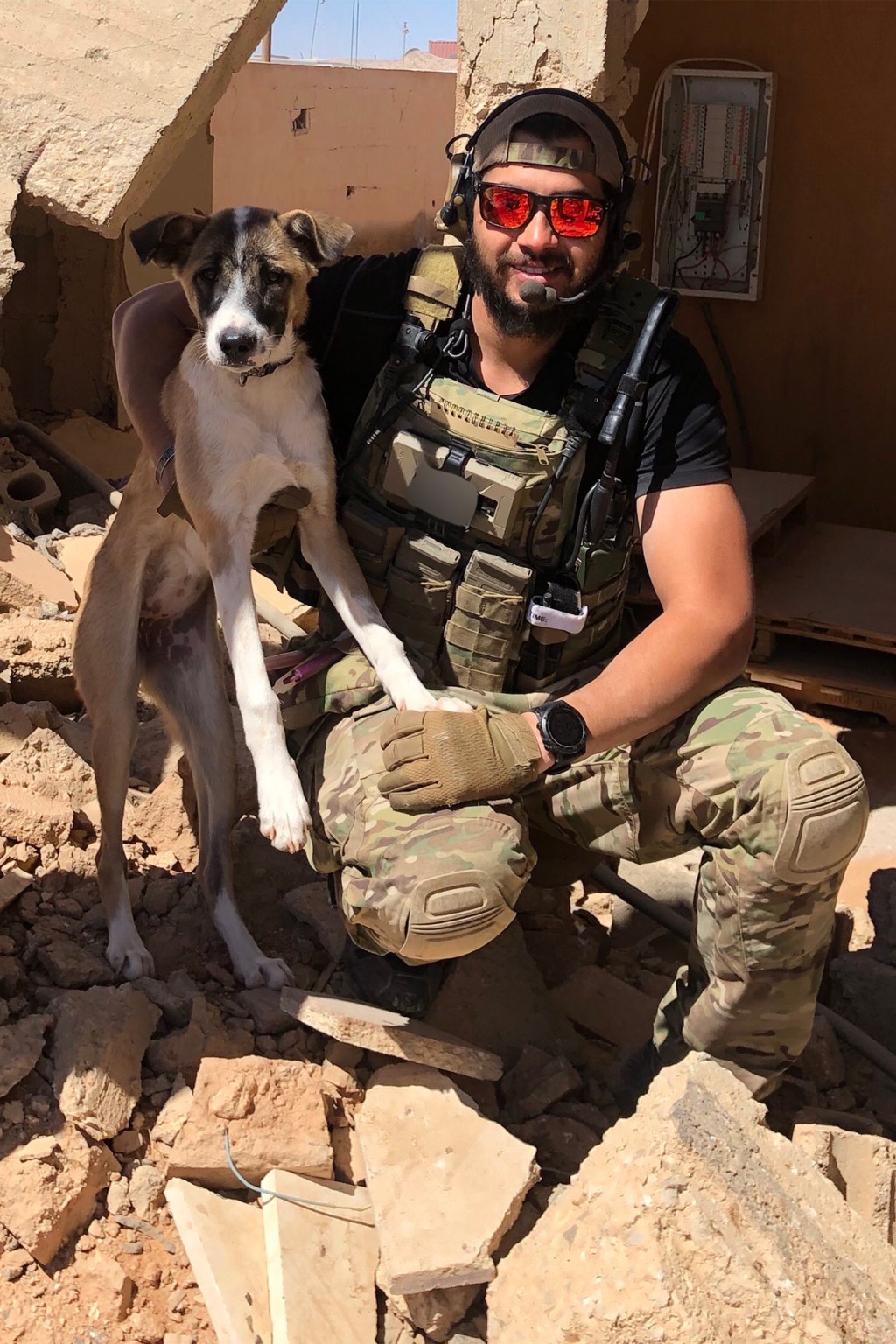 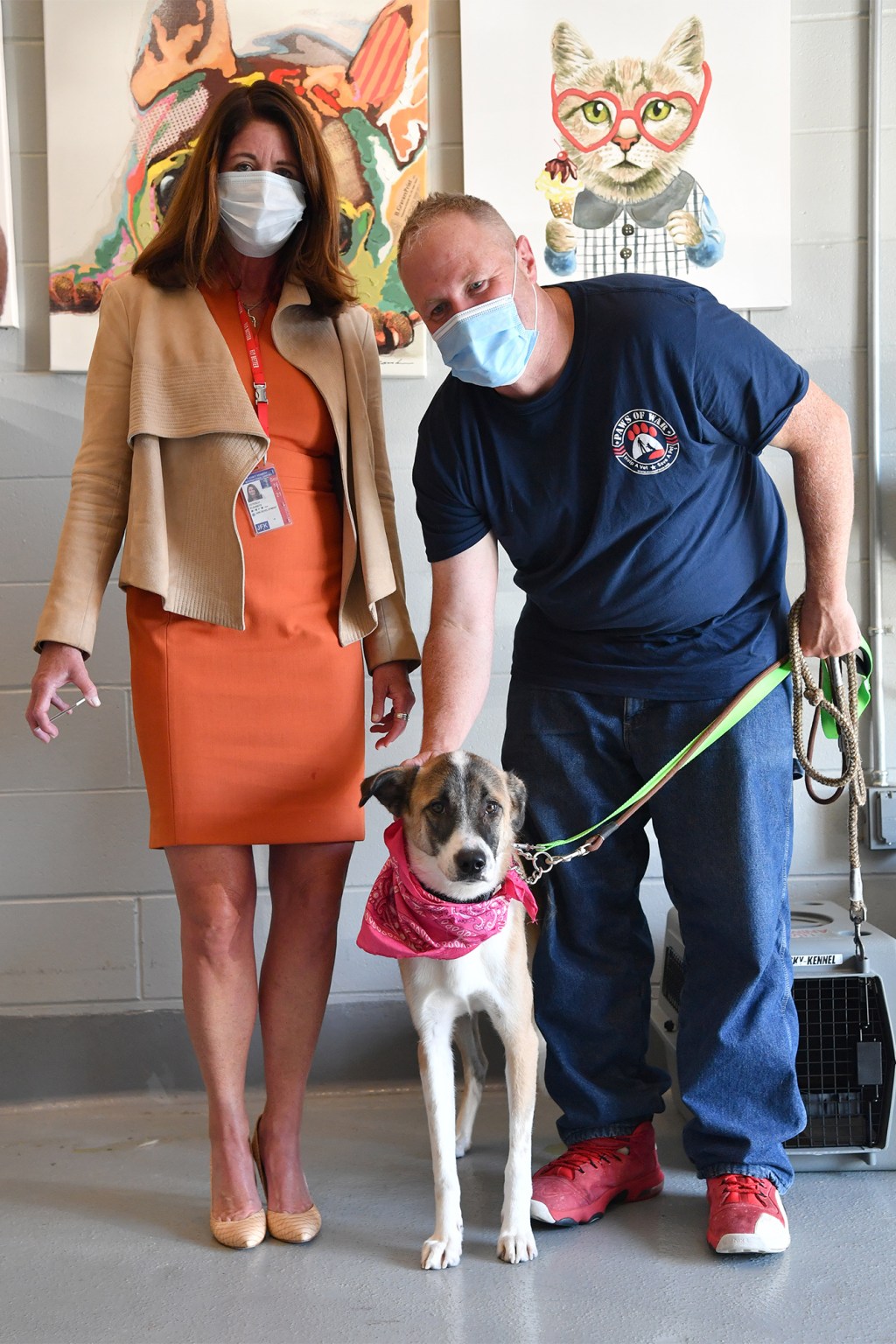