A BLAZE burned buildings and set buses on fire as apartments were evacuated in California this morning.

Flames tore through dozens of school buses and tour vehicles at roughly 6am. 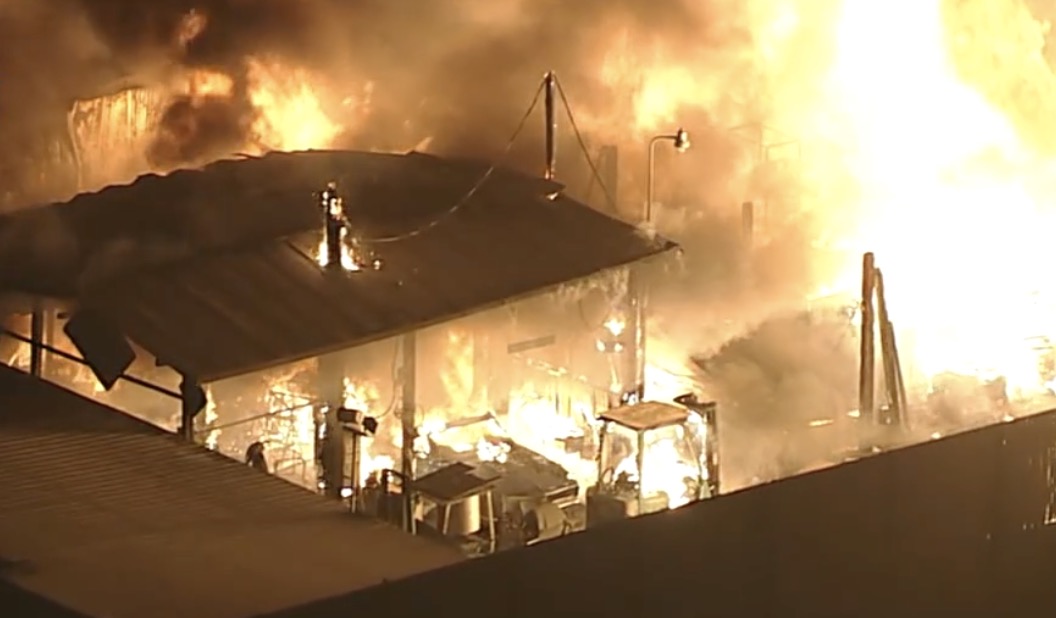 The explosion also threatened a home nearby, ABC7 reported, however it is unclear whether anyone was inside.

The blaze tore through a pallet yard and spread to a nearby bus yard, destroying vehicles, exploding transformers and sparking power lines.

The plume of smoke could reportedly be seen several miles away in downtown Los Angeles.

No injuries were immediately reported.