A COP has been put on leave after video surfaced showed him with hands around a suspect's neck and shouting in his face on Friday.

Myron Smith was identified as the cop in the video, the The Jacksonville Police Department told the Jackson Free Press. 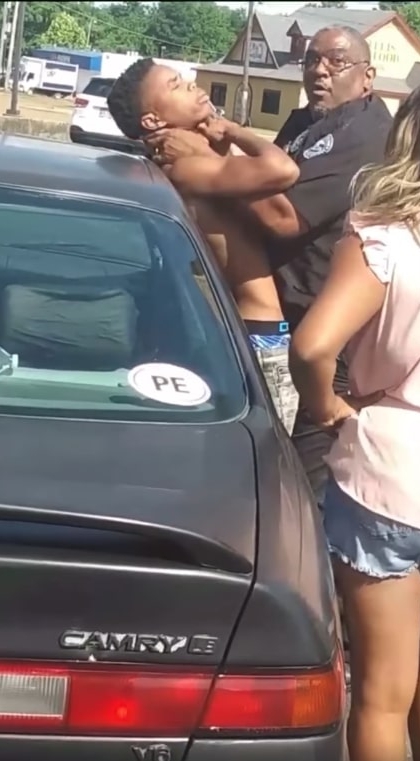 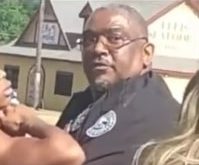 Video surfaced showing the cop holding a young man's throat as he made gagging noises.

"Make me! Make me! I said make me!" the Mississippi police officer can be seen angrily shouting at the young man.

The man's back was up against a car, and the cop had his hands around the back of the man's neck.

Another woman stood near the two trying to de-escalate the situation as the cop and the man struggled.

"Sir!" the woman said to the cop, as she tried to use her hand to break away the officer's hold on the man.

The officer kept his hands on the young man's neck. 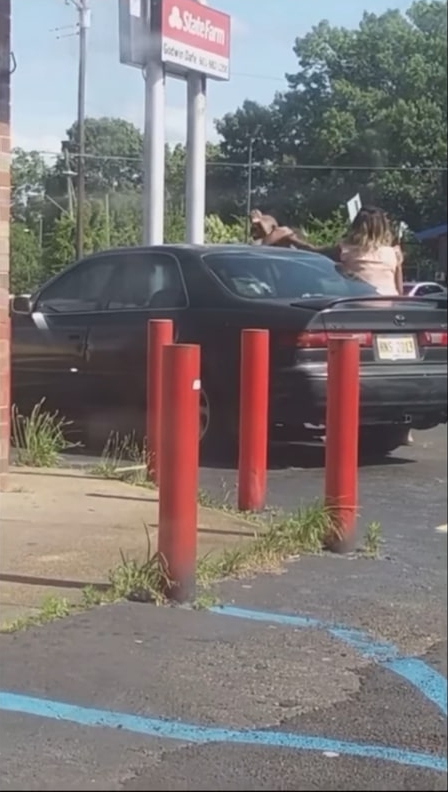 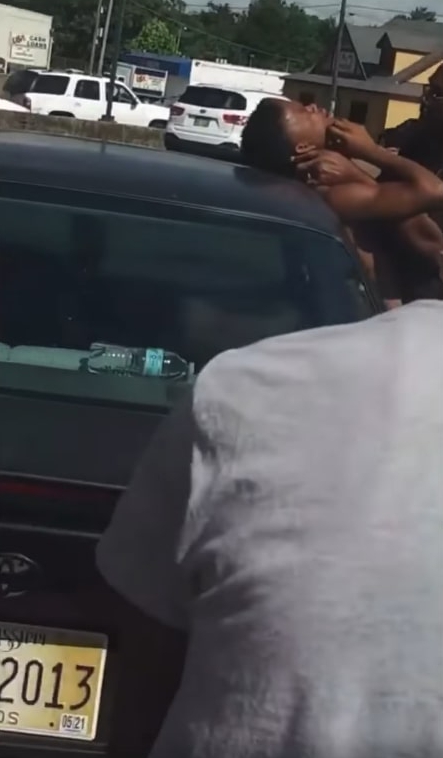 In another clip, the camera moves closer, and the young man is seen trying to move the officer's hands off the front of his neck.

"You're killing him, he can't breathe!" another bystander yells at the cop.

The cop then responds that he's not choking the man.

"Ma'am, do you see my hands?" the cop asks. "I am not even choking him. Look where my hands are."

The cop continues to angrily yell at the young man, as he has his hands around his neck.

"What should you have done when I told you to leave?" the cop questioned.

"I can't breathe, man," the young man tells the cop.

The cop then yelled at the bystanders: "Leave!"

Toward the very end of the video, the cop appears to release his hands from the young man's neck, and he rolls off the car.

Officer Sam Brown, a spokesperson with the police department, told the Jackson Free Press the officer was identified as Myron Smith. 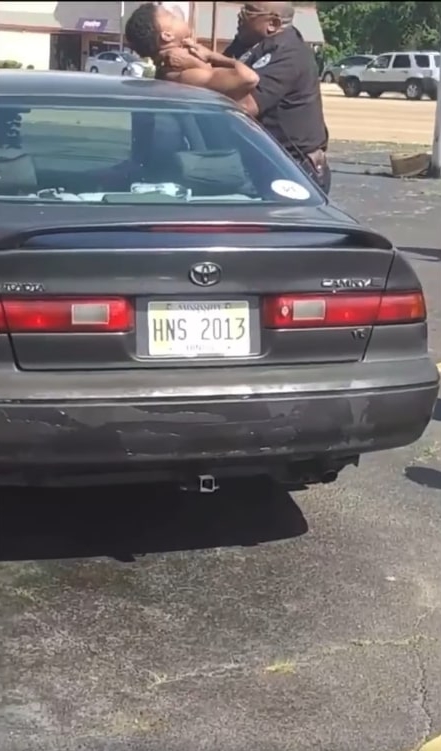 "When the video surfaced, it got to Chief James Davis, and he immediately placed (Smith) on administrative leave and turned it over him to Internal Affairs,” Brown said.

"They were in a struggle, a scuffle," Davis told the Clarion Ledger of the incident.

Davis added that the department is piecing together all the events.

He added that no arrests were made in the incident, but a report was written up.

Davis did not elaborate on what was included in the report, but he said the department is not taking misdemeanor charges lightly amid the COVID-19 pandemic.

News of the officer being placed on leave came amid ongoing protests over the death of George Floyd, a 46-year-old black man.

Video emerged of a white cop kneeling on Floyd, as he said multiple times he could not breathe.

The cop did not move his knee, and Floyd became motionless.

He died after being rushed to the hospital.