Coronavirus pandemic could set cancer researchers back by 18 MONTHS

Major advances in cancer research face being delayed by nearly a year and a half due to the pandemic, a study has found.

Lockdown, the closure of laboratories and a shift in research funding from cancer to Covid-19 have hampered efforts in the fight against the disease.

A survey of 239 researchers by the Institute of Cancer Research in London found that the organisation’s own progress would be pushed back by an average of six months.

When broader effects on charity funding and other factors were taken into account advances into cancer research are likely to be delayed by an average of 17 months. 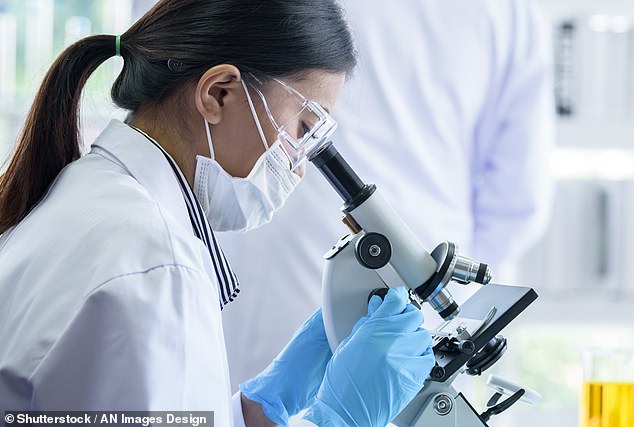 Lockdown, the closure of laboratories and a shift in research funding from cancer to Covid-19 have hampered efforts in the fight against the disease [File photo]

Those who took part in the survey said they had lost an average of ten weeks of research time due to the first lockdown.

The majority also said that the virus had had an impact on their work with more than a third describing the effect as ‘substantial’.

The biggest problem, according to 90 per cent of respondents, was the closure of labs during the first lockdown and restrictions in access to facilities and equipment.

The average ICR researcher spent more than half of their working hours in a lab before lockdown but this dropped to just 5 per cent during the shutdown and has since recovered to around a third.

ICR’s labs have stayed open during the second lockdown in England and measures are in place to help prevent the risk of spreading the virus, it said.

The survey also showed that more than two thirds of researchers had been left frustrated and a quarter felt depressed as a result of the pandemic.

The ICR said negative effects of the outbreak on cancer research could be mitigated through extra funding.

Professor Paul Workman, ICR chief executive, said: ‘It is sobering to see that our researchers are estimating that their own research advances will be delayed by six months – and that the wider impact, because of the interconnectedness of science, is likely to push back major advances for patients by nearly a year and a half.

‘Our survey though does provide solutions to mitigate the impact – in the form of investment in staffing, new technologies and computing power.

‘For that, we need more of the generous donations we have been receiving to our emergency appeal, along with a commitment from the Government to help fill the funding gap… left by the pandemic.’

Professor Emma Hall, deputy director of the clinical trials and statistics unit at the ICR, said: ‘During the initial lockdown, non-Covid clinical research pretty much shut down within the NHS. A lot of our trials were effectively paused because the hospitals that host them had to redeploy resources to Covid-19 research or treatment.’

The survey is further evidence of the catastrophic impact of the virus on cancer treatment and research. Millions of patients have faced potentially deadly disruption or delays to screening, treatment and diagnosis.