THE coronavirus R number has dropped in four regions of England – but the UK's overall rate is still teetering around 1, experts fear. 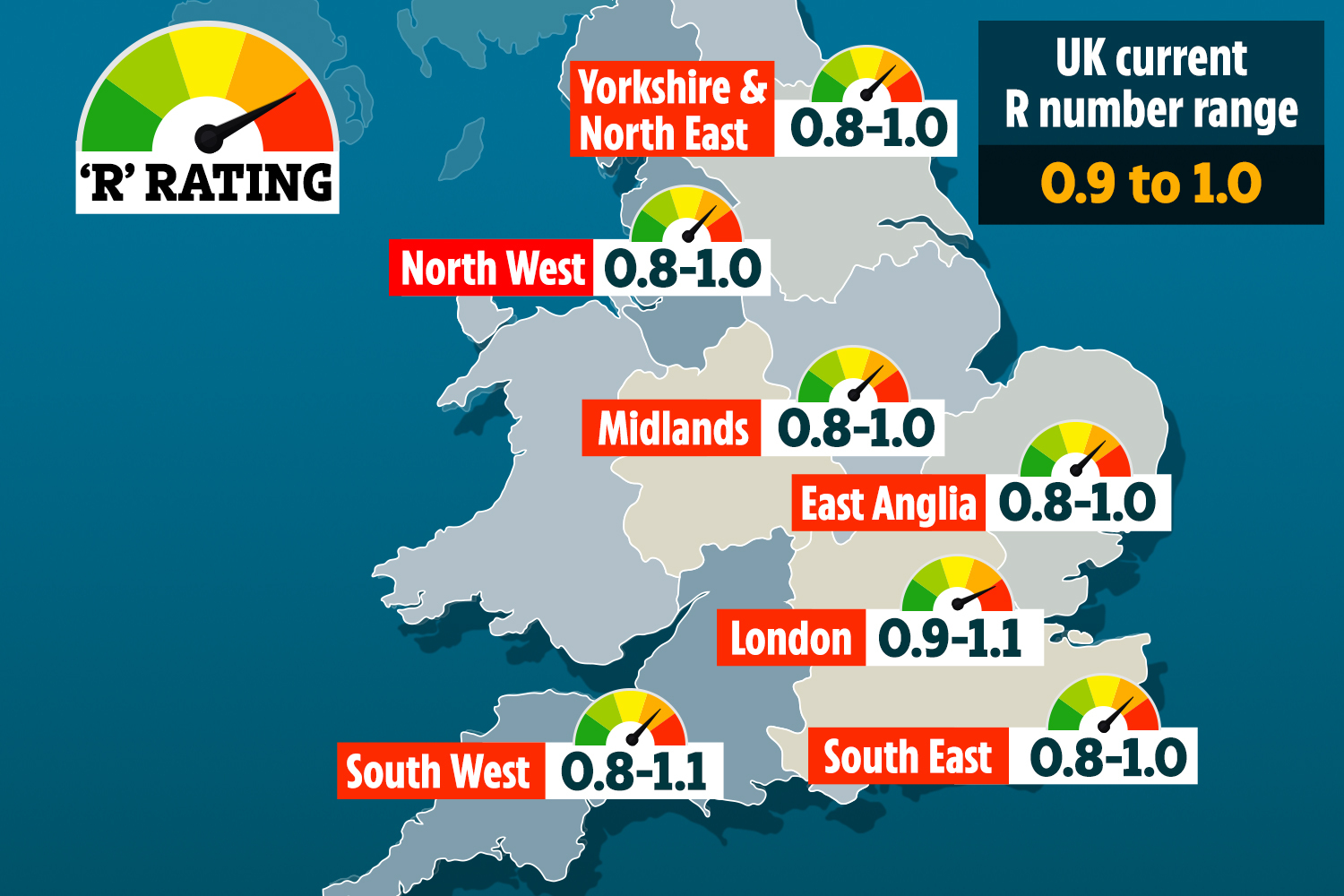 But the official Government estimations suggest that the upper estimate for every region in England remains either at or above the crucial value of 1.

When the R value is below 1, it means transmission is low and the epidemic is shrinking – but greater than that number suggests it's growing.

The values are shown as a range, which means the true R rate most likely lies somewhere between the upper and lower estimates.

Experts warn that as Covid cases are much lower than they were at the peak of the pandemic, the R rate is more sensitive to even small outbreaks.

They also caution that there is a delay in the estimates as scientists use a range of data sources, which can take time to collate.

The latest figures published today by the Scientific Advisory Group for Emergencies (SAGE), which advises the government, shows that the R rate for the Uk as a whole is somewhere between 0.9-1.1.

It suggests that the R rate for the UK as a whole is dangerously close to the crucial 1 value – and is sitting somewhere between 0.9-1.1.

This overall figure is unchanged from last week however the range for England has dropped slightly from 0.9-1.1 to 0.9-1.0.

Meanwhile, the regional breakdown suggests there has been some small decreases in the R rate in four regions of England. 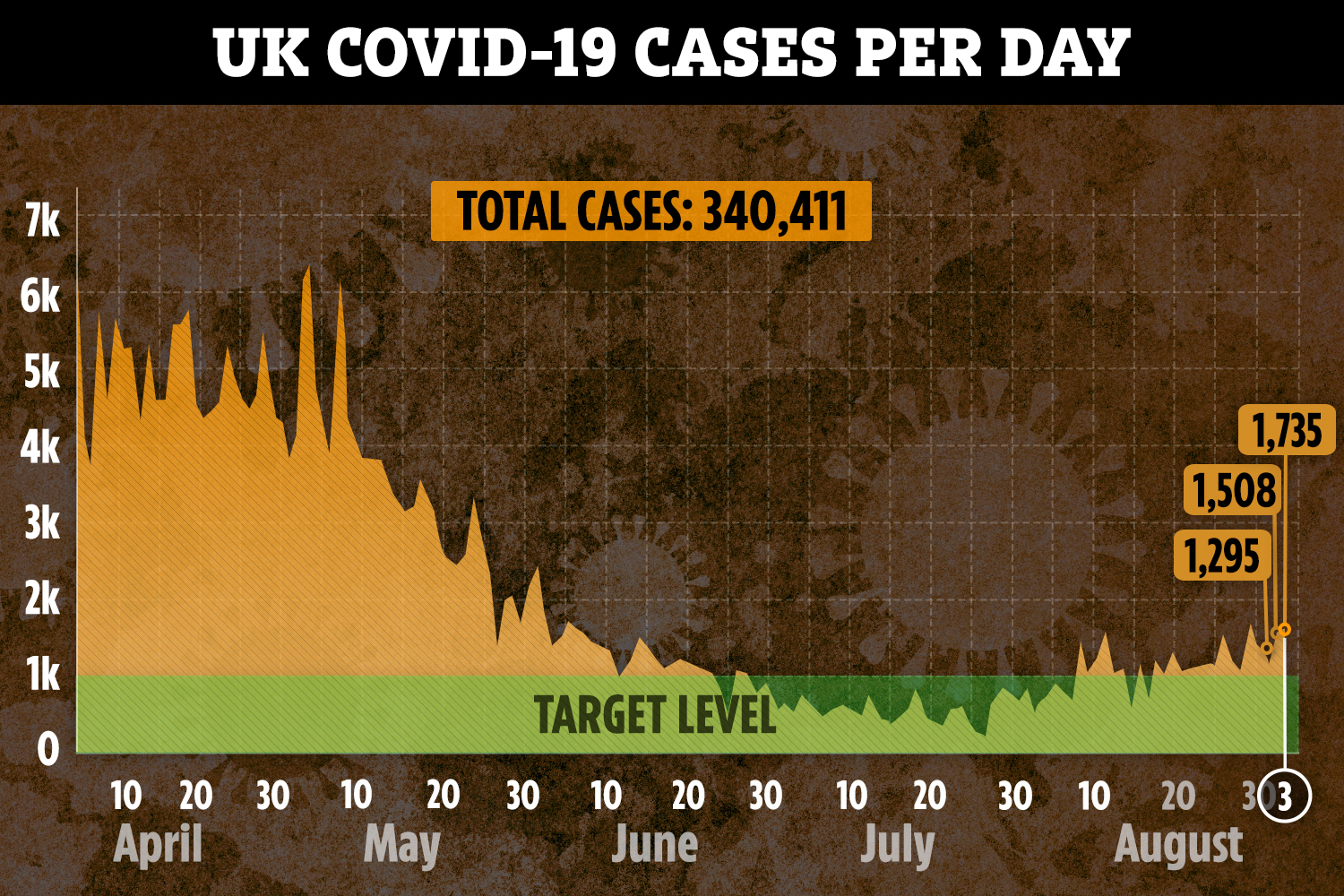 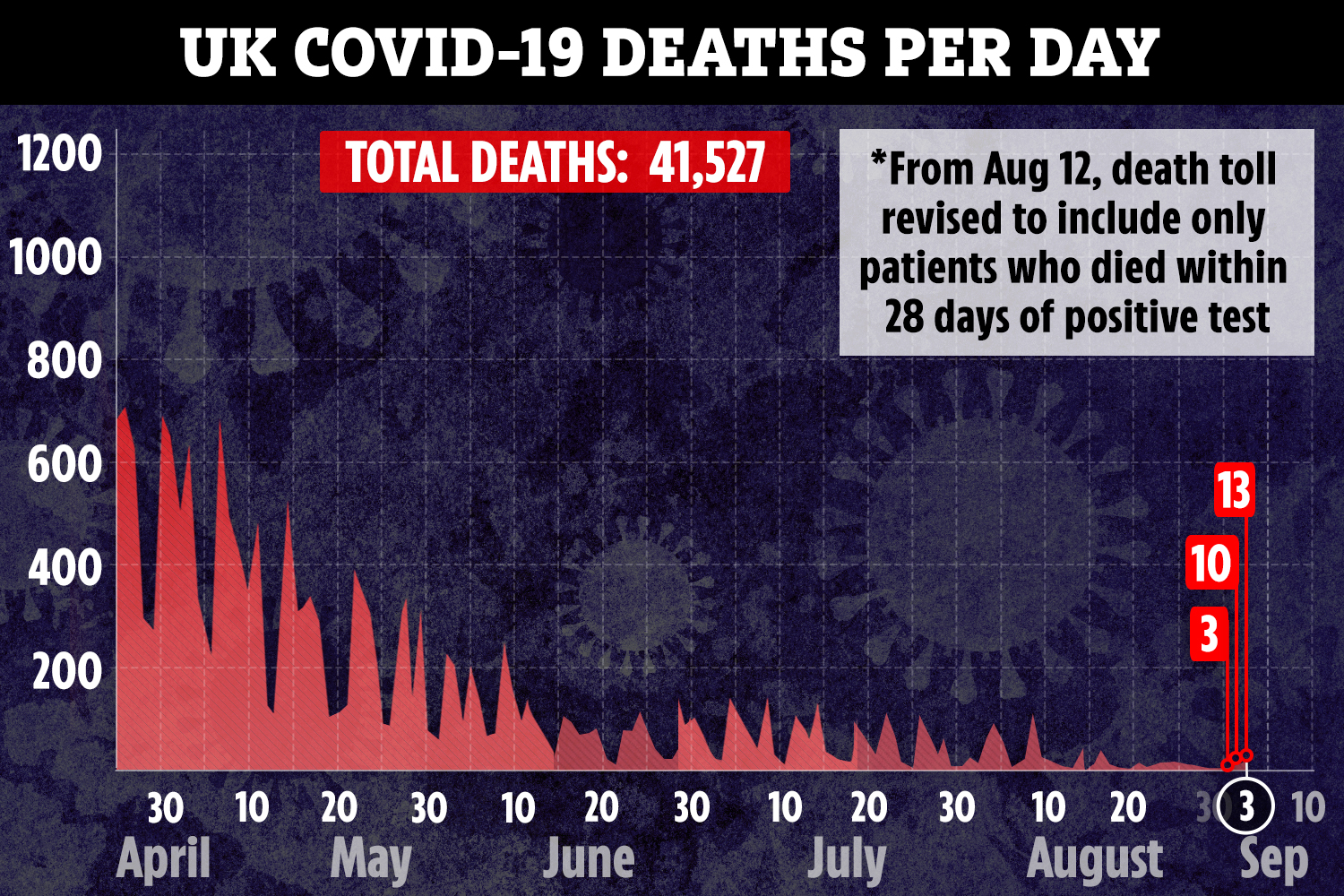 Experts warn that with infections so low and testing at a higher capacity, even the smallest cluster of cases could affect the range.

There is also a significant amount of variability across a region, so one local Covid cluster could push the R rate up for an entire region – if it's just one small area.

Prof Keith Neal, an epidemiologist at the University of Nottingham, previously said: “Making estimates of R with small number of cases becomes increasingly difficult and inaccurate. Hence the wide range of the estimates."

As a result, the Government began publishing the country's "growth rate" – which reflects how quickly the number of infections are changing day-by-day.

If the rate is greater than zero, then the epidemic is growing, but if it is less than zero then it will shrink.

What does R rate mean?

R0, or R nought, refers to the average number of people that one infected person can expect to pass the coronavirus on to.

Scientists use it to predict how far and how fast a disease will spread – and the number can also inform policy decisions about how to contain an outbreak.

For example, if a virus has an R0 of three, it means that every sick person will pass the disease on to three other people if no containment measures are introduced.

It's also worth pointing out that the R0 is a measure of how infectious a disease is, but not how deadly

It means means the number of new infections is somewhere between shrinking by 1% and growing by 2% every day.

A Government spokesperson said: "When the numbers of cases or deaths fall to low levels and/or there is a high degree of variability in transmission across a region, then particular care should be taken when interpreting estimates of R and the growth rate, and they should not be treated as robust enough to inform policy decisions alone.

"When there is a significant amount of variability across a region, for example due to a local outbreak, then a single average value does not accurately reflect the way infections are changing throughout the region.

"It is more appropriate to identify local hotspots through, for example, monitoring numbers of cases, hospitalisations, and deaths.

"These estimates represent the transmission of Covid-19 from several weeks ago due to a time delay between someone being infected and needing healthcare.

"SAGE does not have confidence that R is currently below 1 in England."