A CRIME busting ANPR camera van driver was filmed using a phone to"scroll through Facebook" while driving on a dual carriageway.

Simeon Haughton and his business partner Liam Rudge passed the fluorescent yellow and blue van marked "Retail Crime Unit" on the A55 in Cheshire. 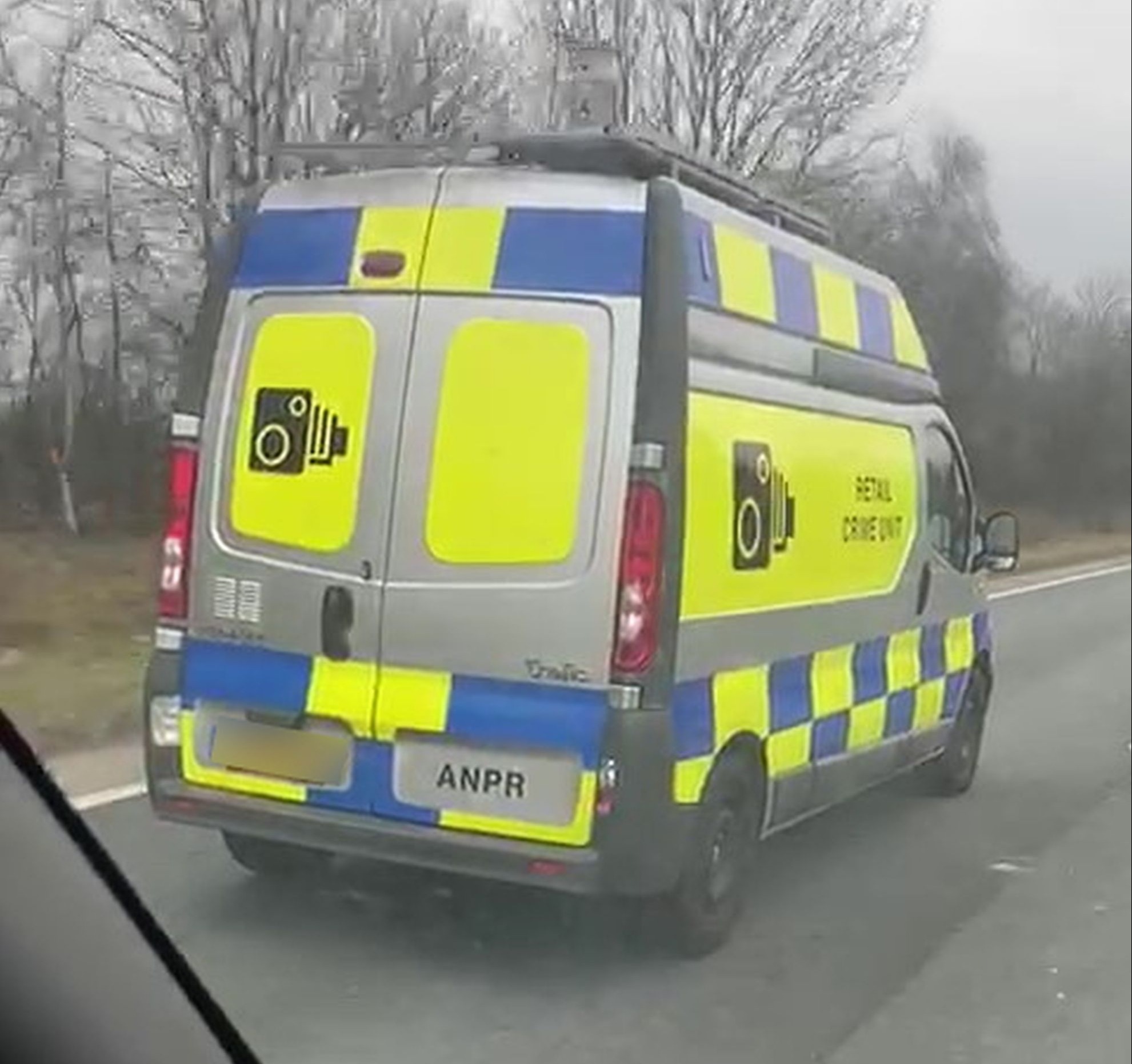 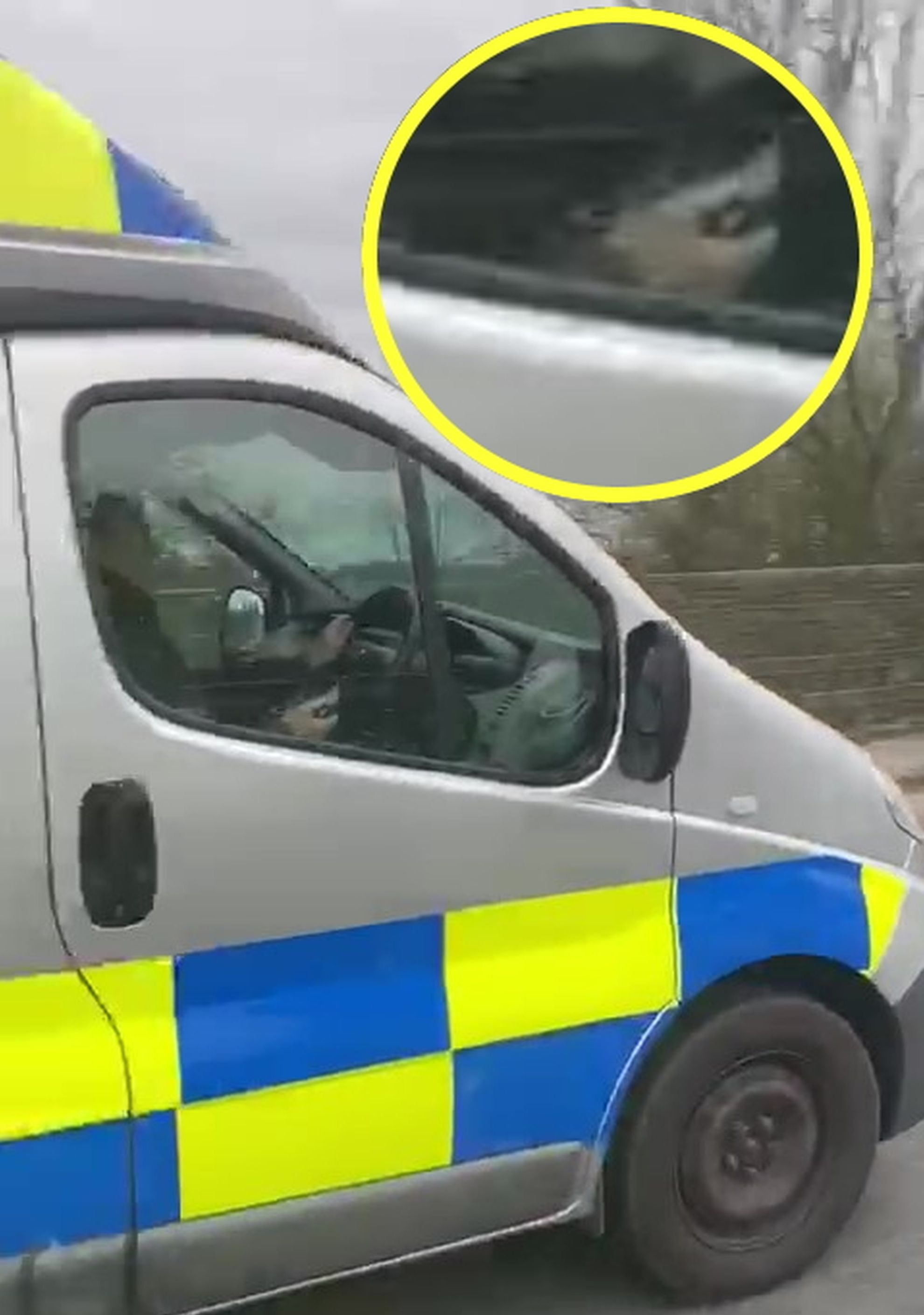 Simeon can be heard in footage shouting: "She's on her phone."

Realising she's been spotted, the driver appears to panic and quickly drops the mobile out of her hand and glares back at the men.

She also pulls a scarf over her face as Liam can be heard saying: "Get her reg, get her reg."

Police are investigating the Automatic Number Plate Recognition Van, believed to be driven by a private security firm.

Currently, the punishment for using your phone behind the wheel in the UK carries a penalty of six points and a £200 fine.

Both men were left audibly in hysterics at the irony of catching the private security worker appearing to break the law.

After spotting Simeon filming her, the driver pulls a scarf over her mouth and nose. 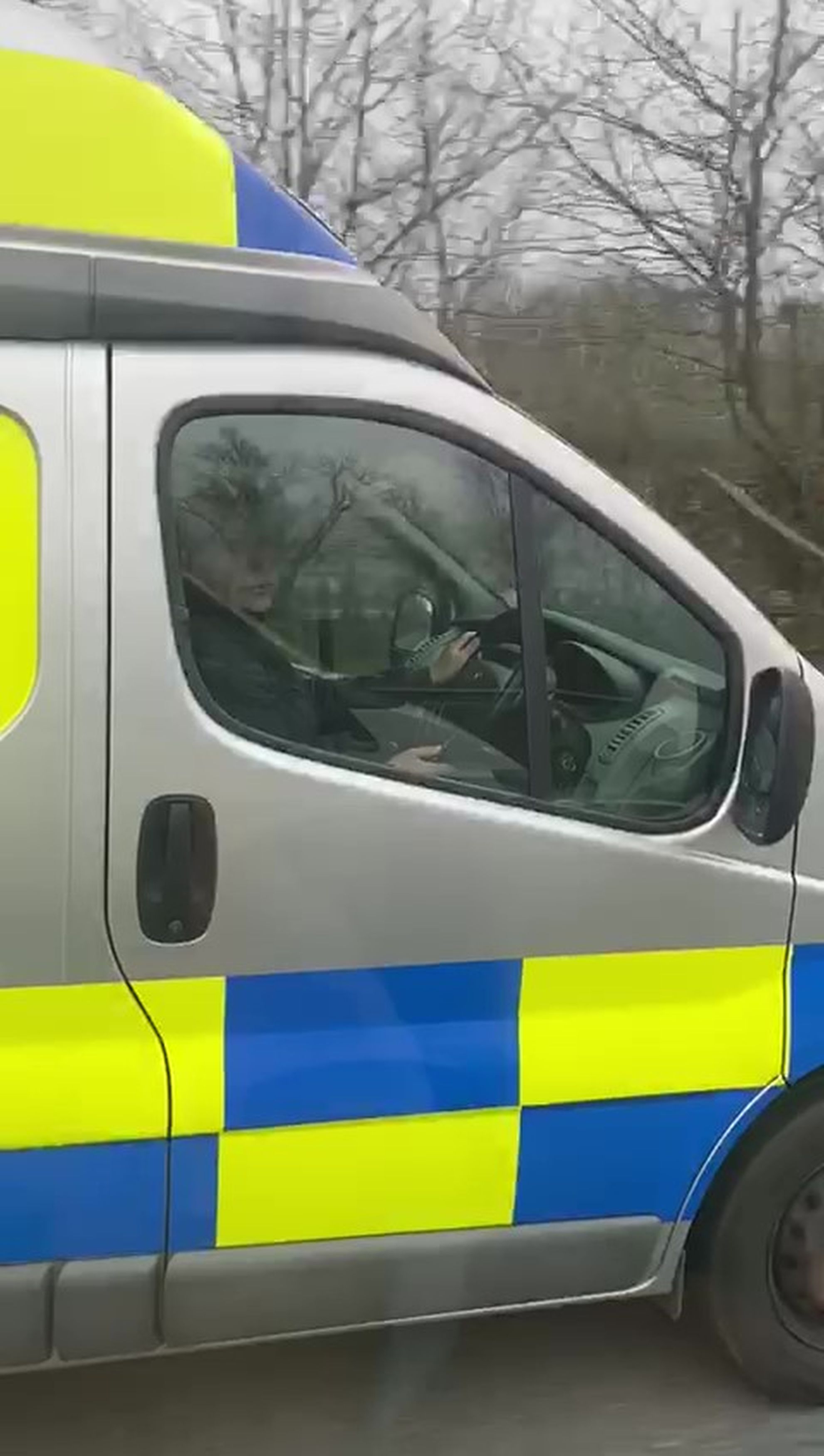 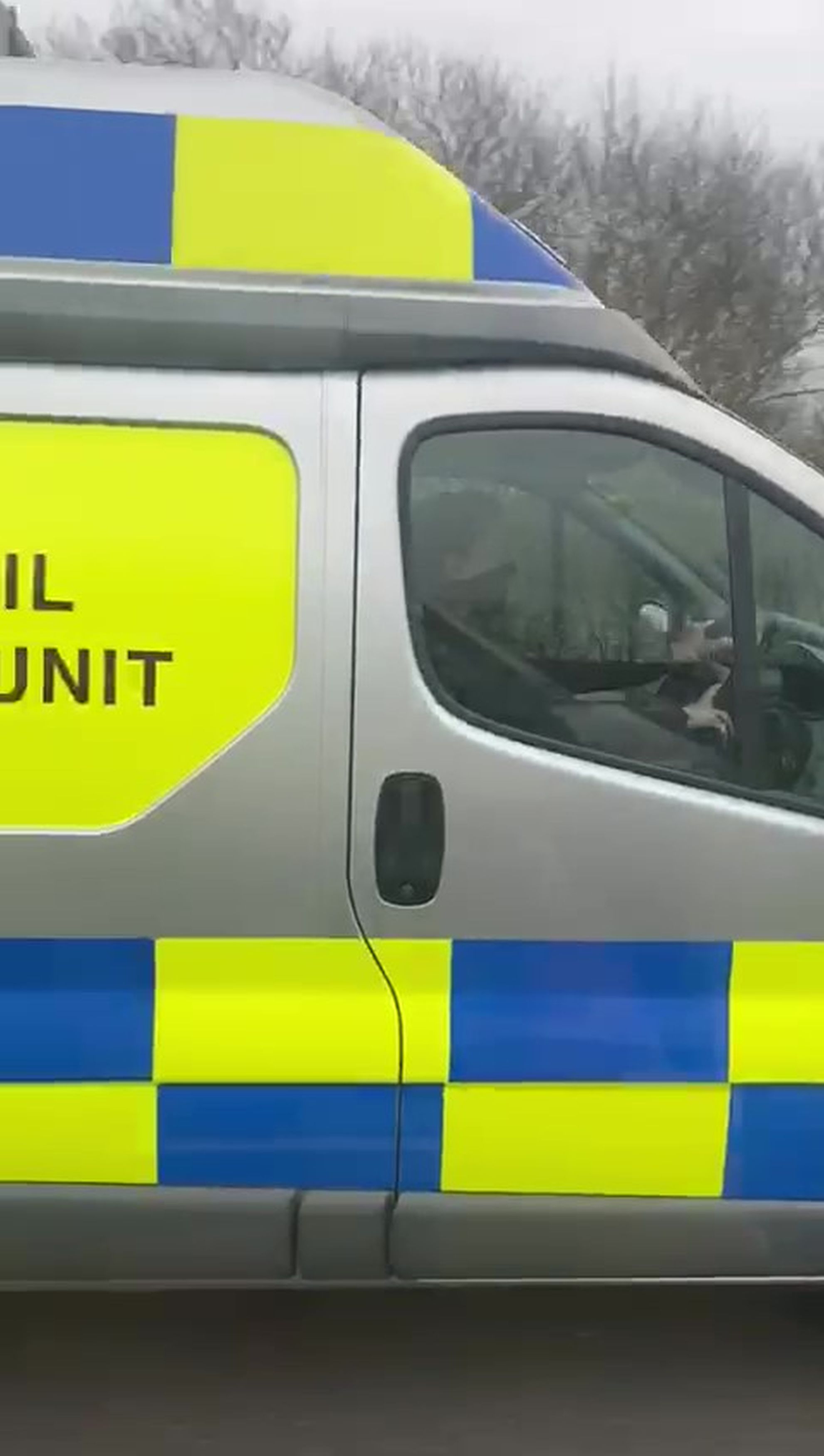 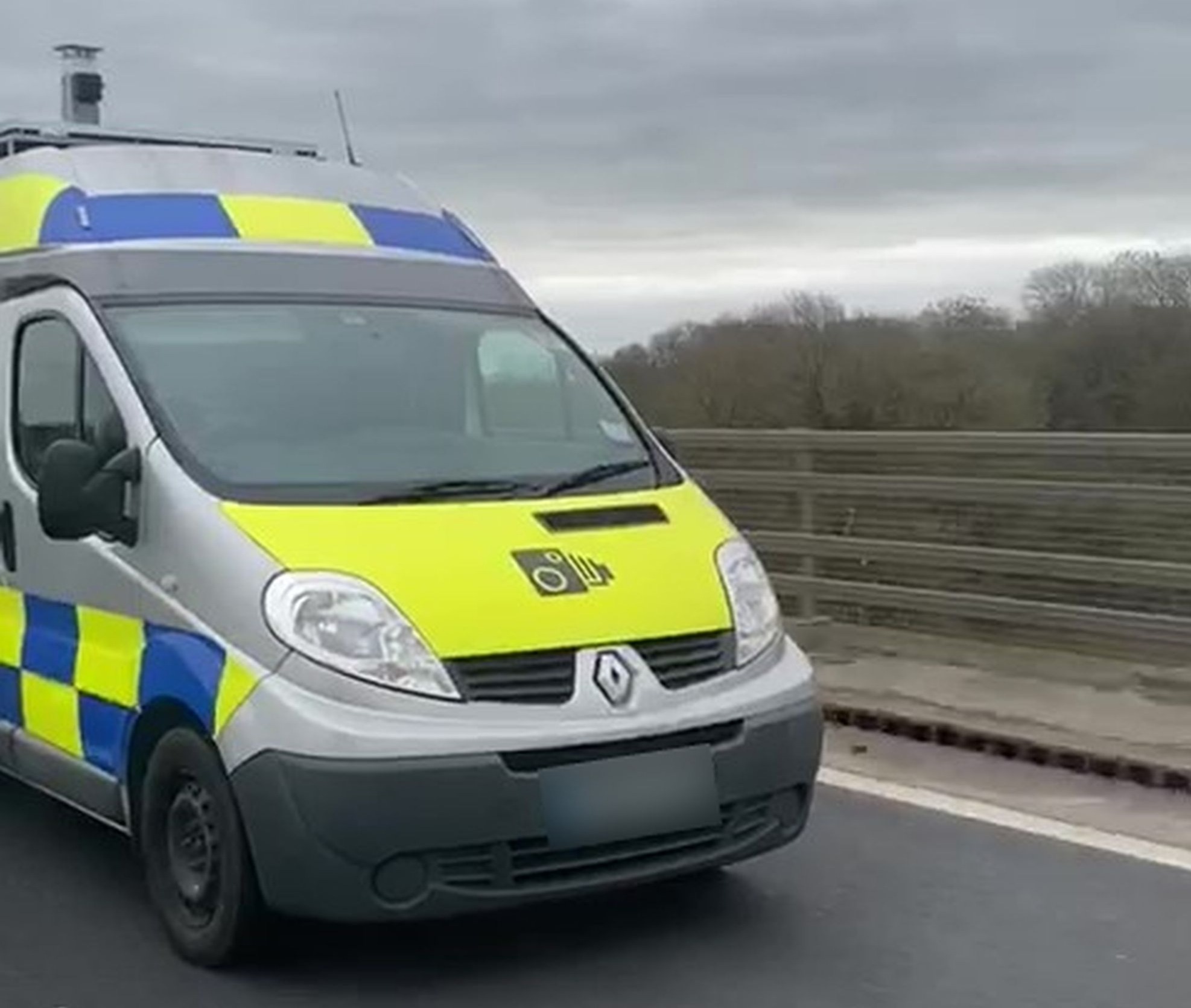 "The fact it was an ANPR van and she'd probably been handing out fines while she was driving down the A55 on her phone makes it worse.

"It's like she thought it's one rule for them, one for everyone else.

"She obviously saw us filming her and quickly dropped the phone.

"Because we continued to film her, she pulled her neck scarf up over her face.

Since being uploaded to Facebook, the video has racked up almost 3,500 likes and comments.

Cheshire Police said it wasn’t a police van and none of its officers were involved.

The force said: "We are looking into the circumstances of the footage circulating of a driver in a private security company vehicle.

"It is against the law to use a mobile phone while driving.

"If you are caught you will face the prospect of a £200 fine and six penalty points on your licence. If you are under 21, you could lose your licence."

In 2017 we told how a cop was caught on camera texting at the wheel of an unmarked police car in Birmingham.

And a year earlier another officer was filmed using a phone at the wheel of a marked patrol car in London.