CALIFORNIANS and others across the country have been quick to hit the beach amid the warming spring weather — despite a statewide stay-at-home order.

At Huntington Beach in Orange County, visitors flocked to the sandy shores on Saturday, a day after an estimated 40,000 people made their way to Newport Beach. 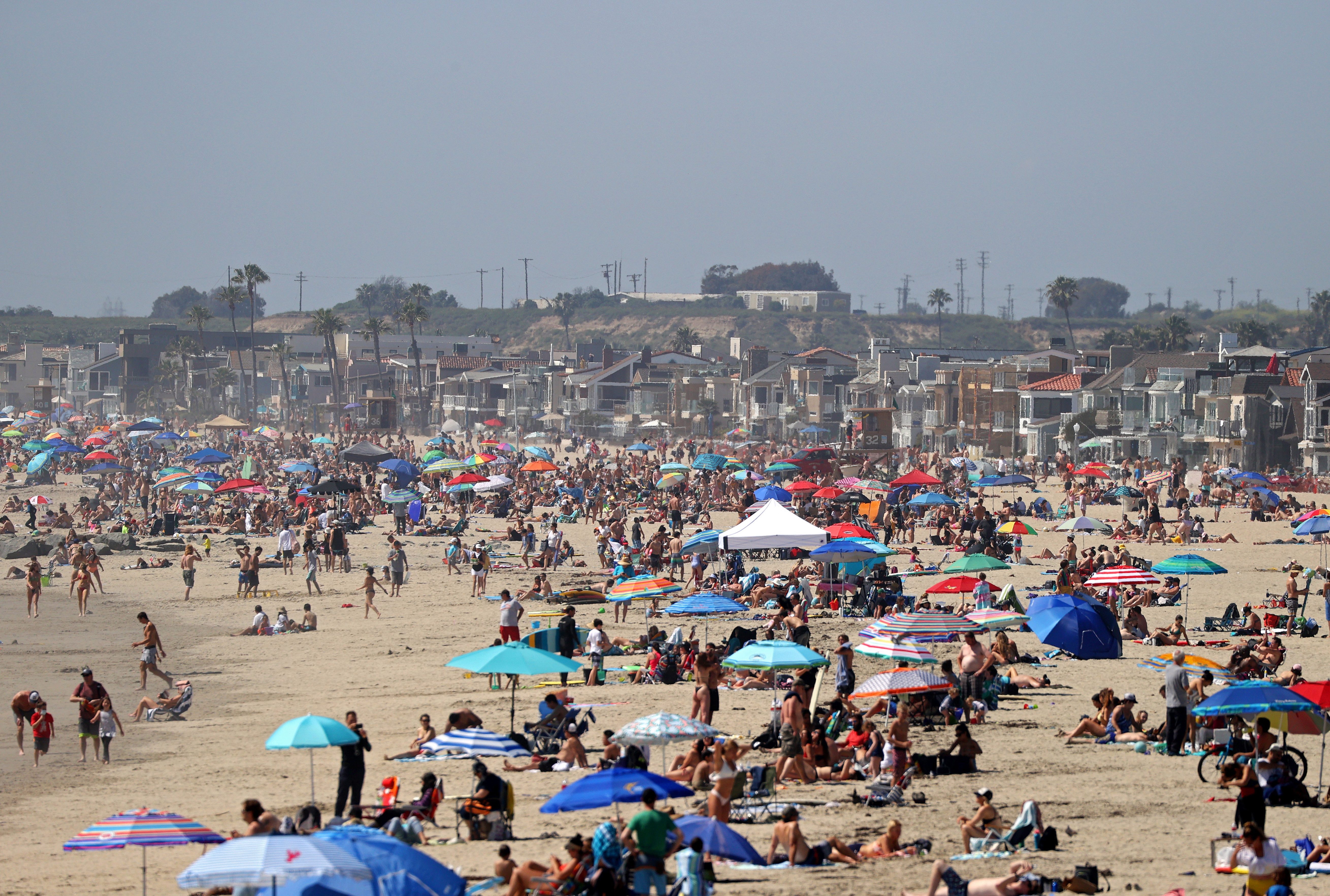 Southern California has been experiencing a heatwave with temperatures of around 90 degrees or higher.

Huntington Beaches remain open and lifeguards have said they suspect many of their visitors in Orange County are from Los Angeles and San Diego, where beaches are closed.

Some beachgoers wore masks on Saturday, while others didn’t; it’s not mandated, but is recommended, that people wear face coverings in Orange County.

“Each county is different. I guess we are a little more relaxed here,” Eric Cade, a Huntington Beach County resident told KCBS-TV. 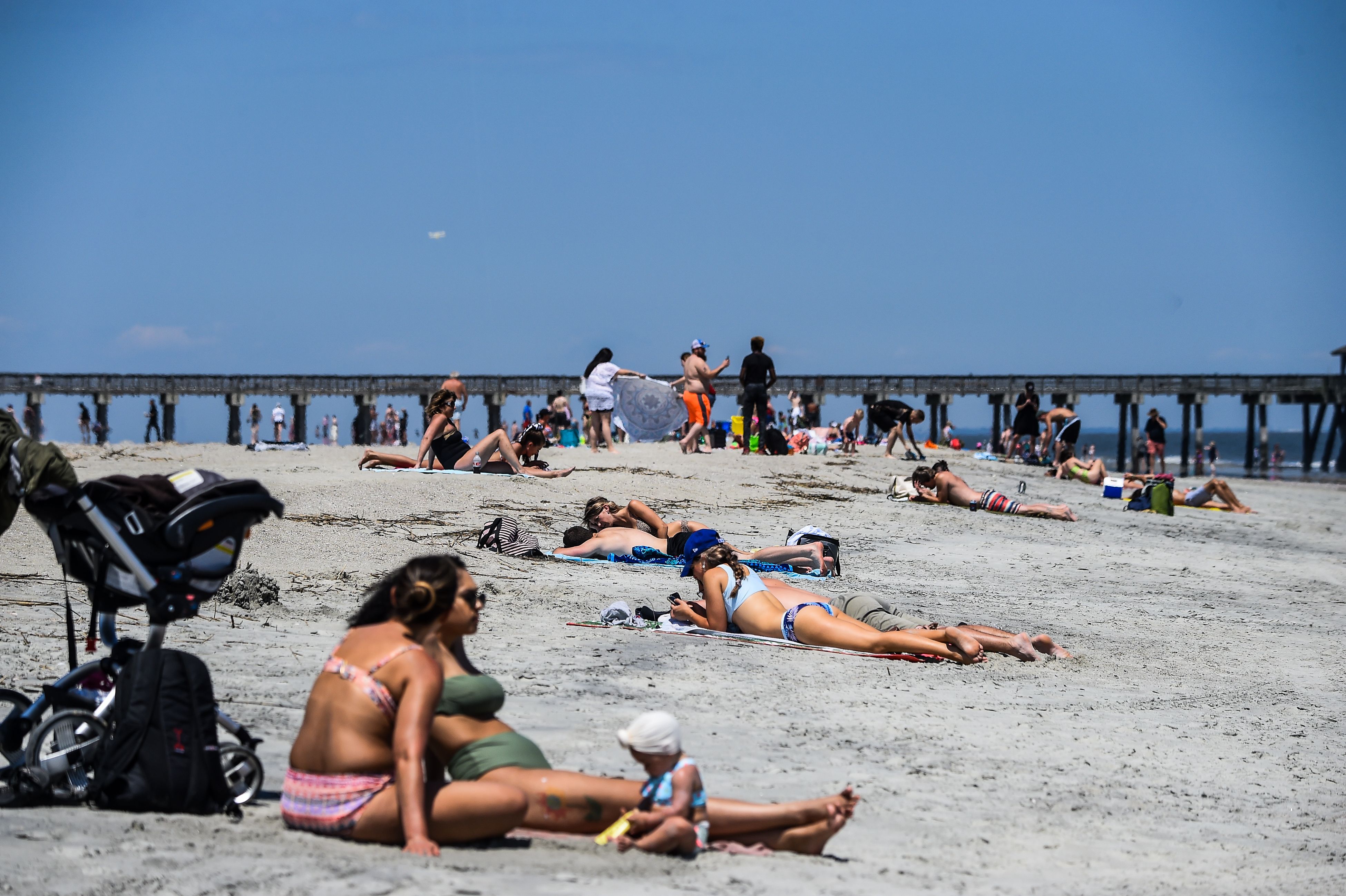 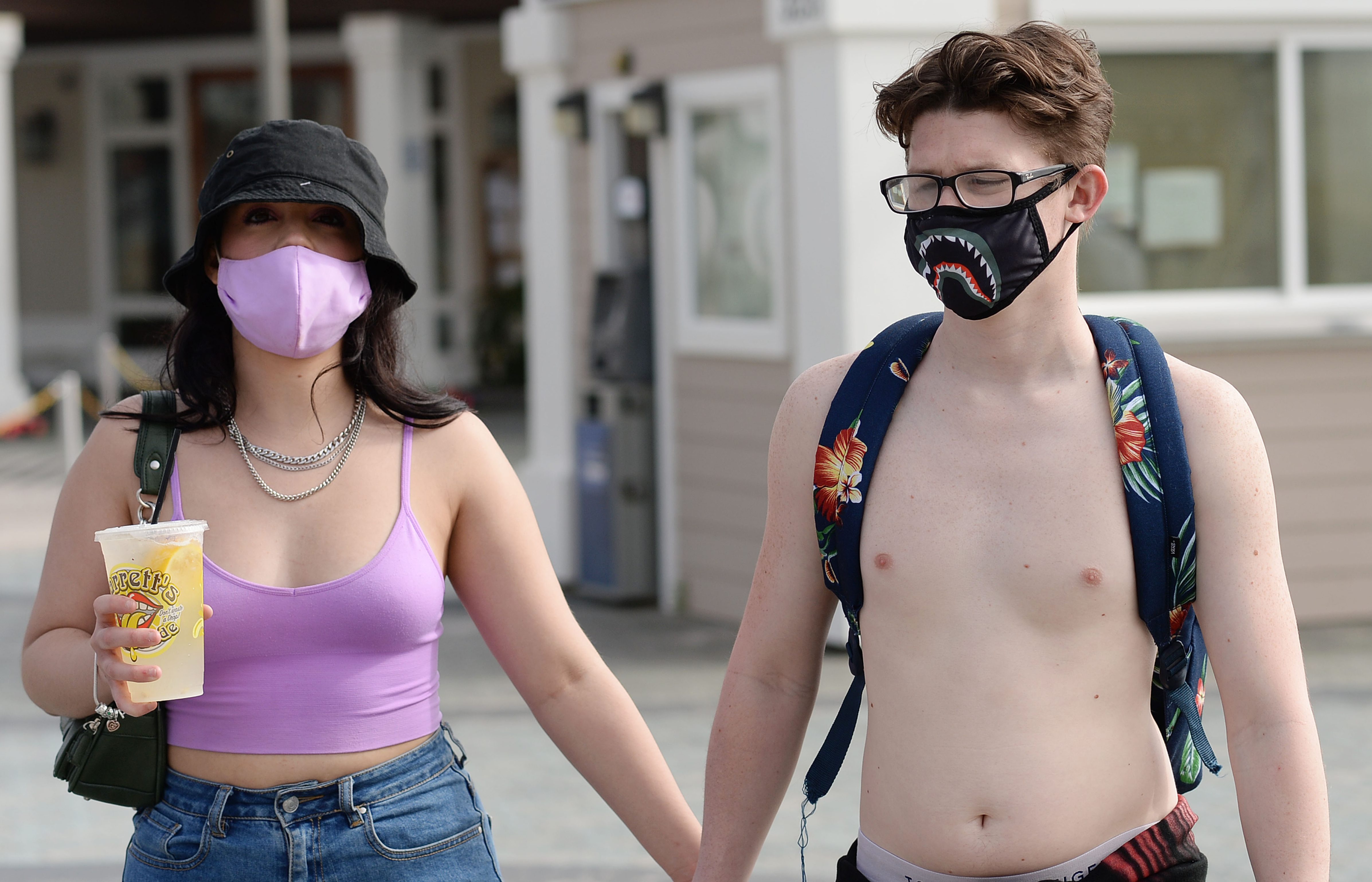 Social distancing has been enforced in Huntington Beach — and local officials have urged residents to “stay a surfboard distance” apart.

On Friday, tens of thousands of people flocked to beaches in Orange County.

Brian O’Rourke, the lifeguarding battalion chief in Newport Beach, told KTTV: “We’re seeing a huge increase in crowds that we would normally see out here in the middle of the summer.” 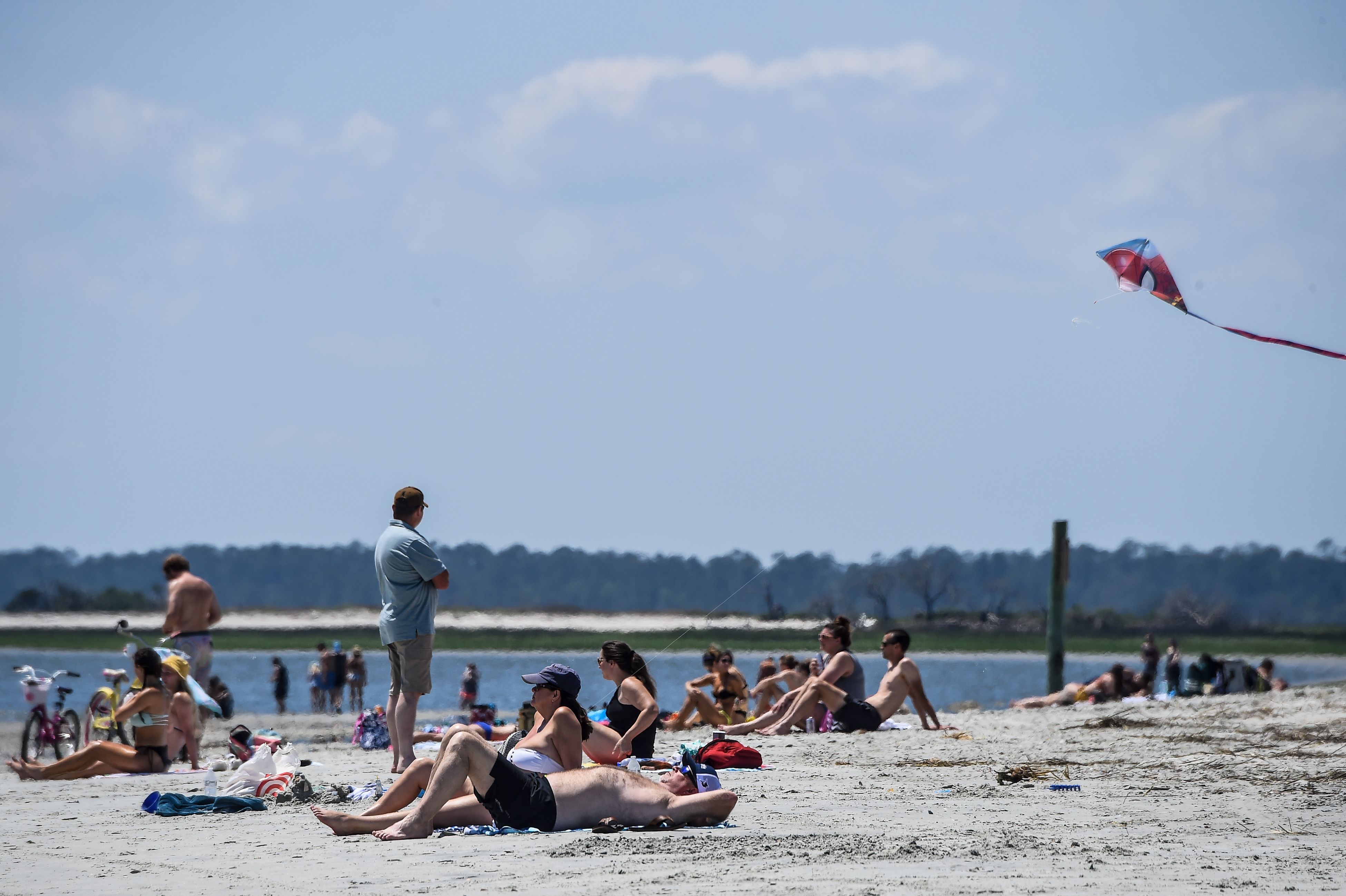 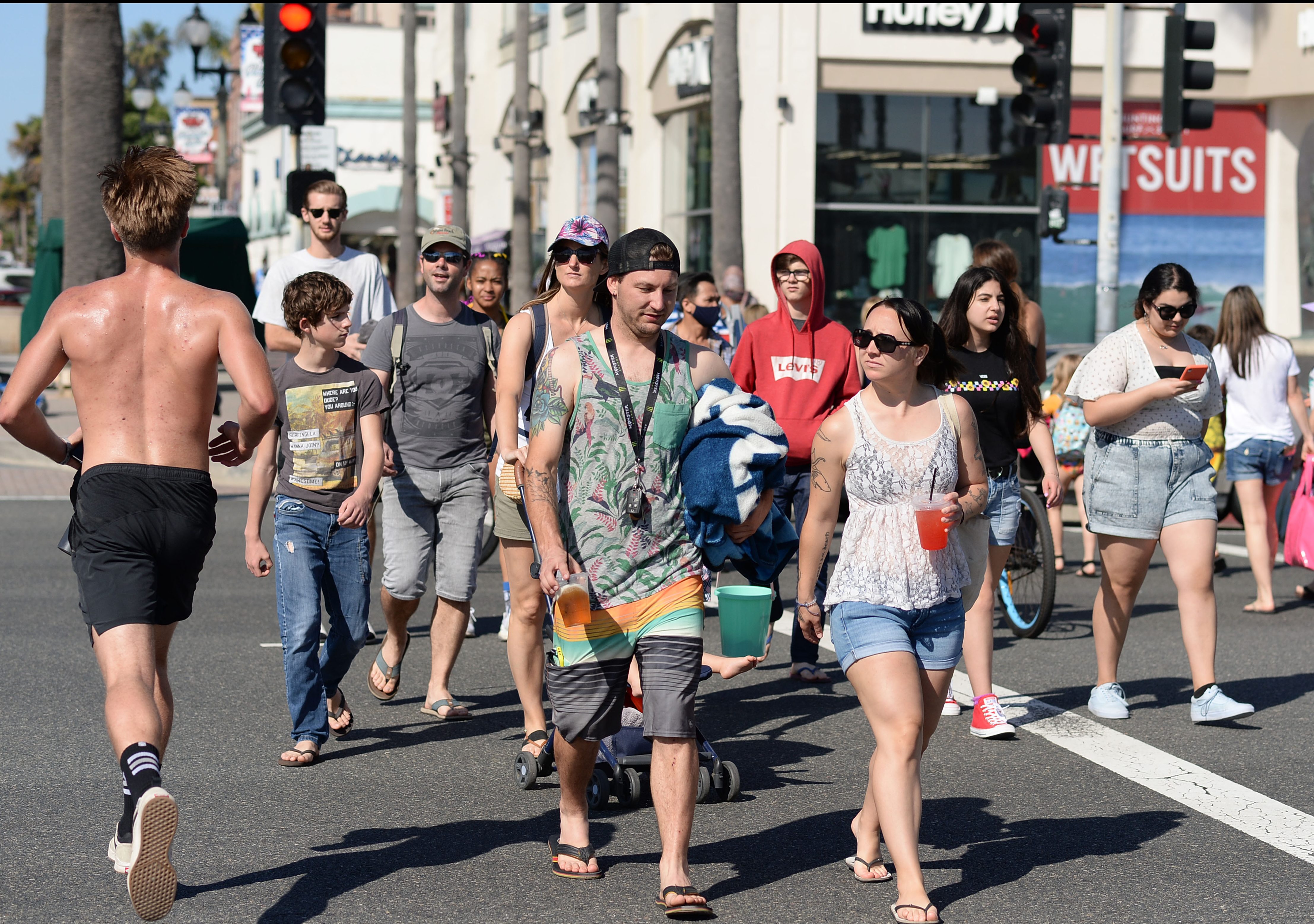 Lifeguards were preparing to staff up for the weekend as they continue to see large crowds.

A Newport Beach spokesperson told The Ocean County Register: “They are definitely preparing for bigger crowds, having to go out and talking to people if they don’t seem to be following the rules, approaching people who seem like they are in bigger groups than they should be.”

“Anything that looks like they are not following social distancing rules,” John Pope said. “I think this weekend is going to be a big test to see where things are at.”

While the beaches in Newport are still open, the OCR reports restrictions have been implemented to try to keep people from visiting. 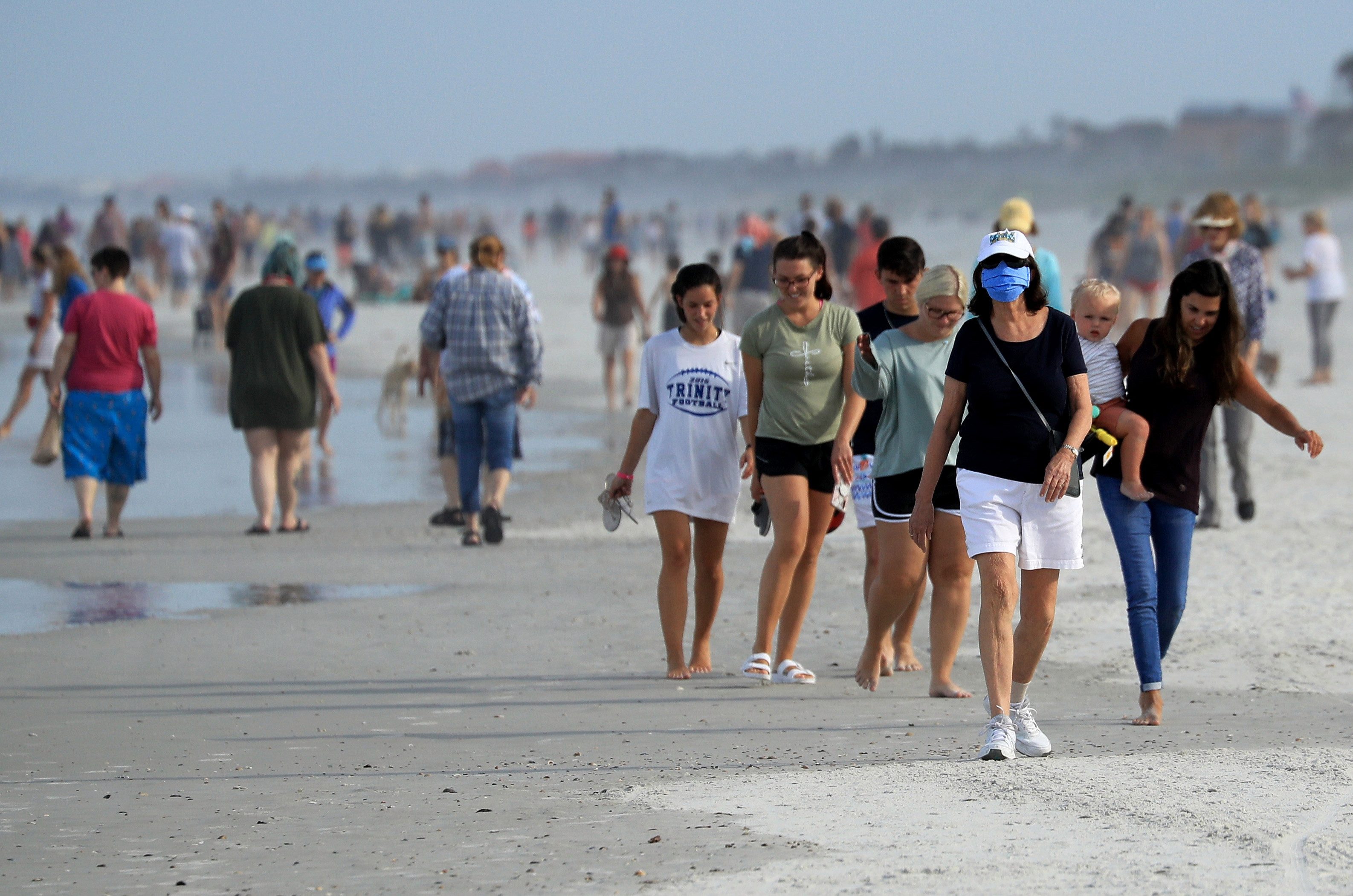 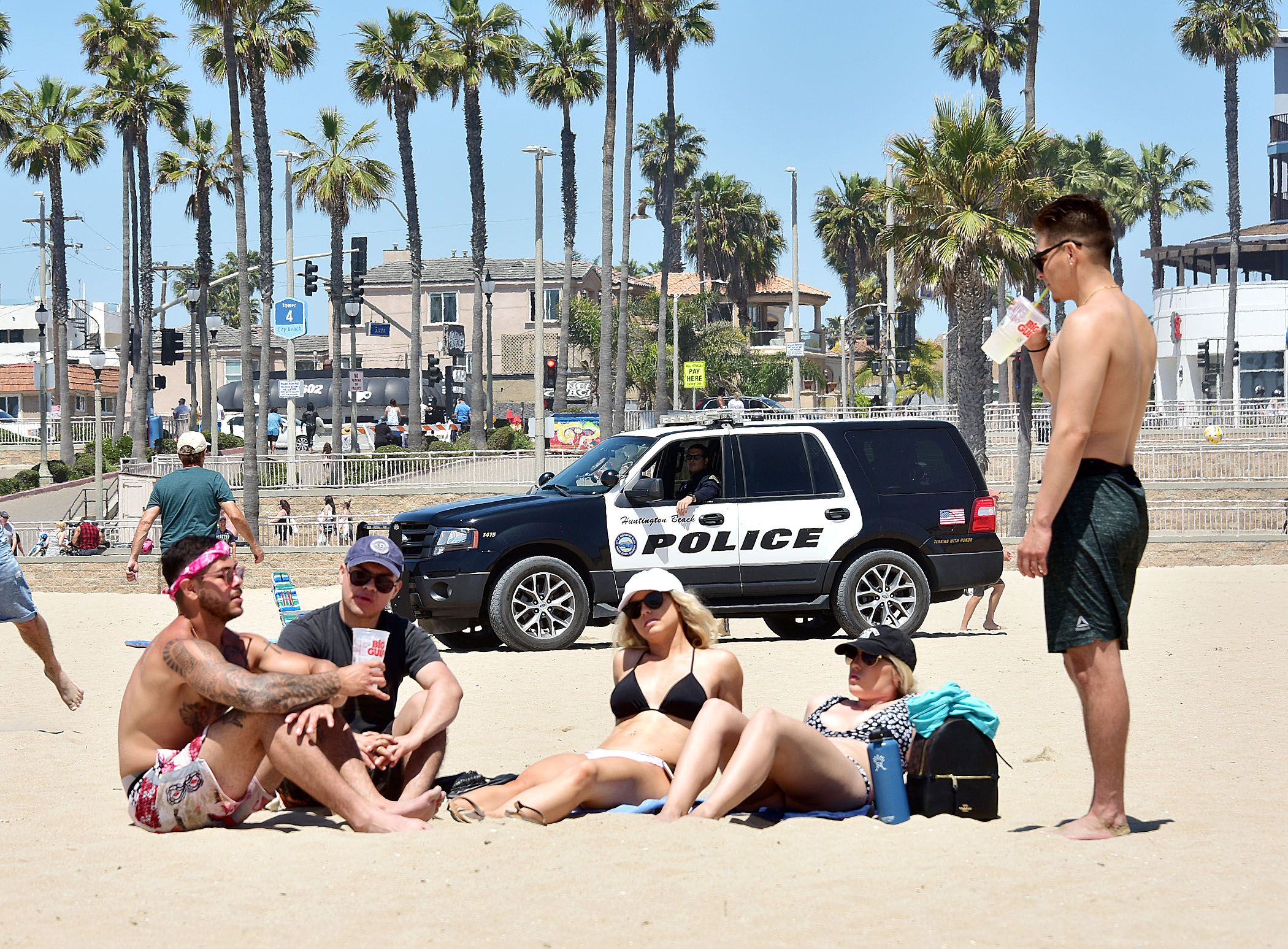 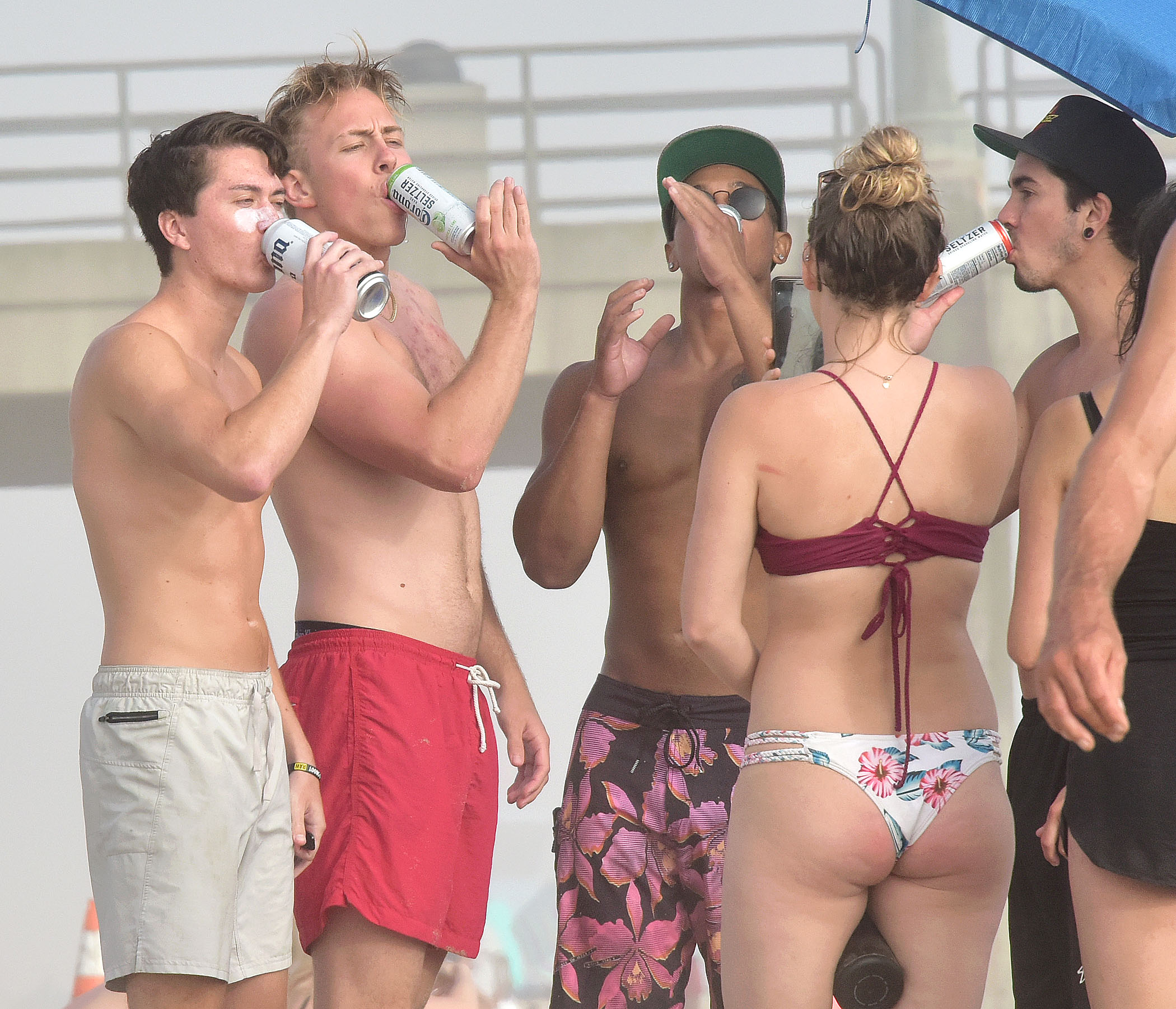 The city has closed the boardwalk, the Newport and Balboa piers and also beach parking lots, and has also closed short-term vacation rentals.

Los Angeles County is under a stay-at-home order until at least May 15.

As of Sunday morning, California had more than 42,000 positive cases of the coronavirus.

Gov. Gavin Newsom tweeted on Friday: “It’s going to be nice outside this weekend. You might be feeling cooped up. Ready for life to go back to ‘normal.’”

“But can’t stress this enough: CA can only keep flattening the curve if we stay home and practice physical distancing,” he tweeted. “You have the power to literally save lives.”

Elsewhere in the country, people have also found their way to the beach, including in New York — the epicenter of the country’s coronavirus outbreak.

Beaches in the Empire State are closed, but New Yorkers went to the beach — including Brooklyn’s Coney Island — with their dogs and families to get fresh air.

Many were seen wearing protective masks and practicing social distancing.

In Georgia, where Gov. Brian Kemp has allowed businesses to reopen, locals also visited the water. 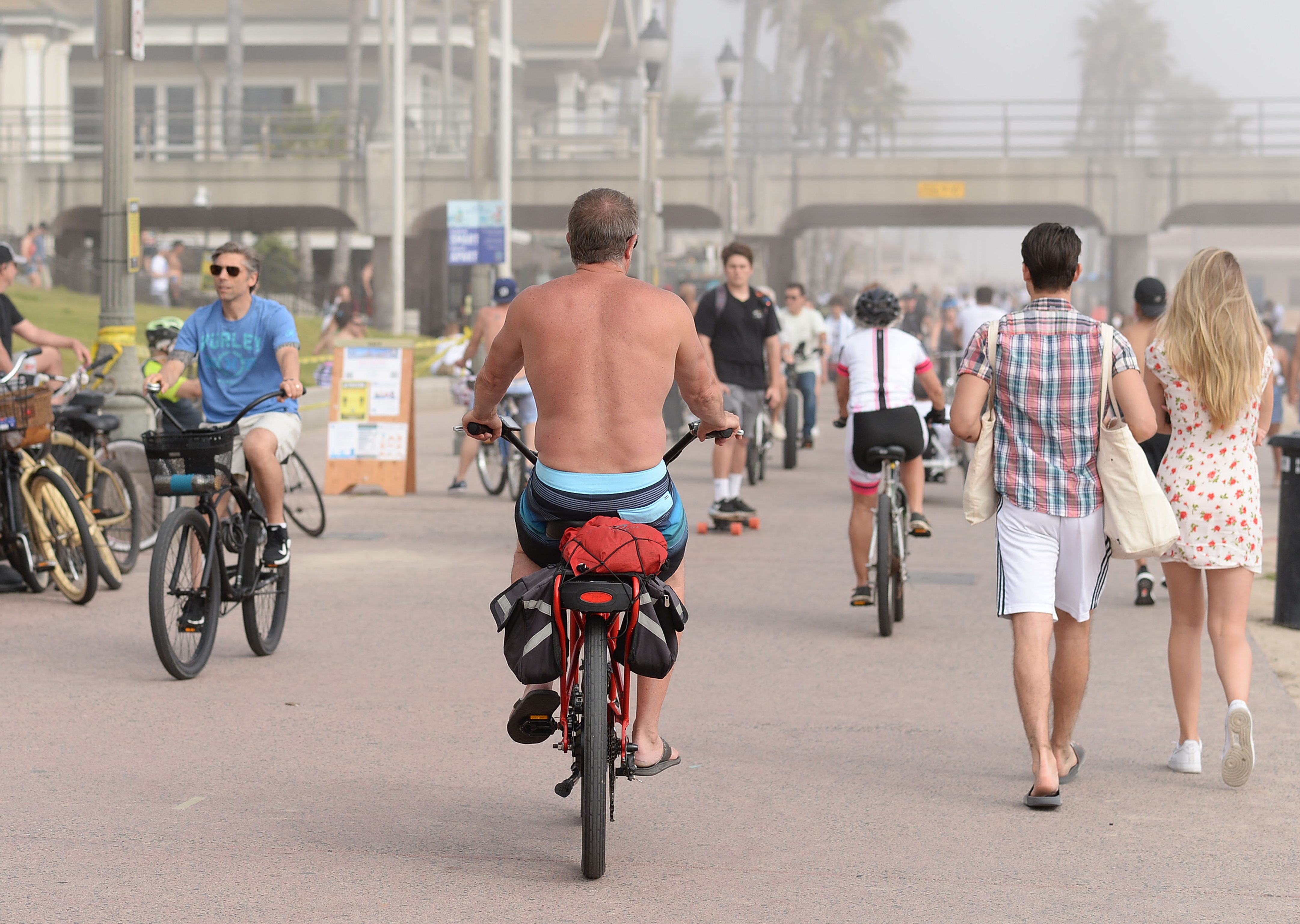 On Tybee Island, one local named Mackenzie Scharf told AFP: "How long are we supposed to imprison ourselves?"

"This is much safer than going grocery shopping." 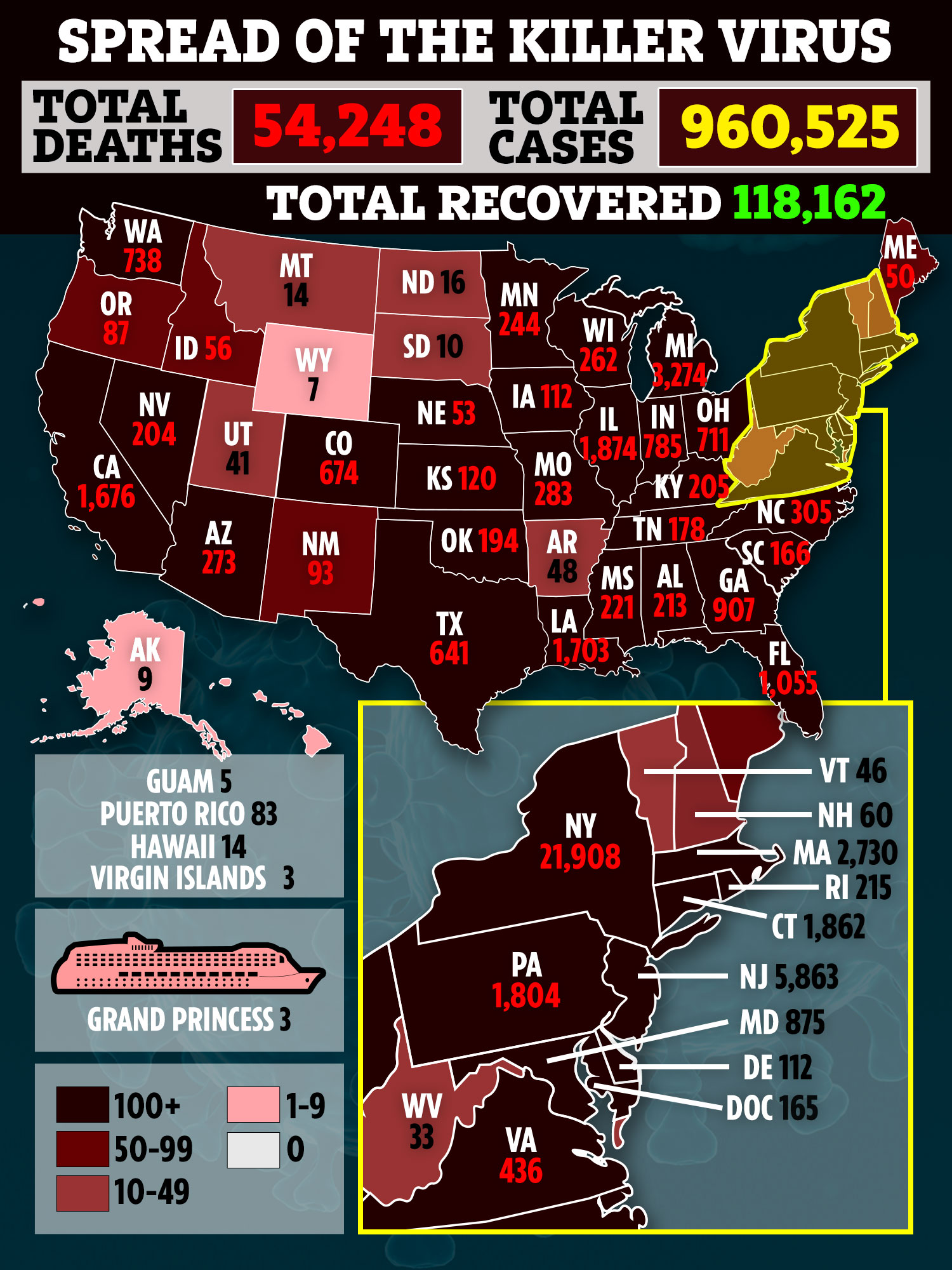 Another beachgoer, Rachel Lilly, added: "It feels great — like it's supposed to feel.

"I'm not concerned," she said of possible catching the coronavirus, "as long as it's not packed.”

"But if everyone does what we're doing, that's a problem."