A DAD allegedly bit his baby daughter and snapped her bones to punish her for squirming and crying.

Maximiliano Dotta, 25, was charged with three felony counts of child abuse on Wednesday. 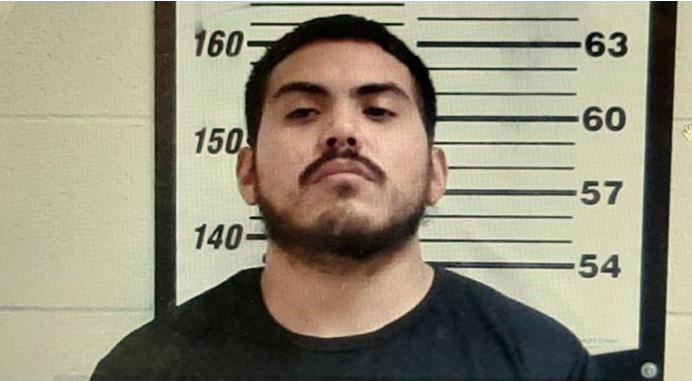 Dotta, of Bountiful, Utah, picked up his seven-month-old daughter from her crib on November 12 and reportedly squeezed her so hard that her left arm broke and her right elbow was dislocated.

Doctors confirmed that the girl also suffered a broken ankle and multiple fractures on her lower right left when she was taken to hospital.

He told cops that he was trying to change the child's diaper "but she was squirming more than usual," according to an arrest report.

"Dotta said he was tired and frustrated so he twisted her ankle to get her to stop moving," the document continued.

The dad has also been accused of slashing his daughter's ear with one of his fingernails when he pinched both of her ears in an attempt to stop her crying.

He also allegedly bit the girl on the face when he laid her back in the crib, hitting her leg on the side of the bed when doing so.

The baby's mother told cops that Dotta was babysitting their child while she visited relatives.

She said she came home and found the baby was distressed and moving less than usual and noticed swelling and bruising on her right leg that continued to worsen.

The mom told cops that her boyfriend had been "too rough" with the little girl.

She insisted on taking the child to hospital, where doctors told her the injuries were non-accidental and called the police, ABC4 reported.

Dotta was booked into the Davis County Jail and is being held without bail.