Road rage plumber, 28, who brutally stabbed a Deliveroo driver, 30, to death before going on the run in Europe for 17 months faces life sentence after being convicted of murder

A plumber who brutally stabbed a Deliveroo driver to death in a road rage attack then went on the run across Europe for 17 months is now facing a life sentence after today being convicted of murder.

Nathan Smith, 28, knifed Algerian Takieddine ‘Taki’ Boudhane, 30, twice in the chest during a confrontation in Finsbury Park, north London, over a minor road incident, on January 3, 2020.

Smith fled to mainland Europe the next day, flying out to Austria from Luton airport using his brother’s brother’s passport and bank card then travelling across the Continent to Switzerland and finally Portugal.

An arrest warrant was issued a month later – and the killer was met by British officers in Lisbon, who escorted him back to the UK on June 3 last year.

Smith, of Archway, north London, claimed he acted in self-defence after Mr Boudhane attacked him with a screwdriver – but he was today found guilty of murder by an Old Bailey jury. 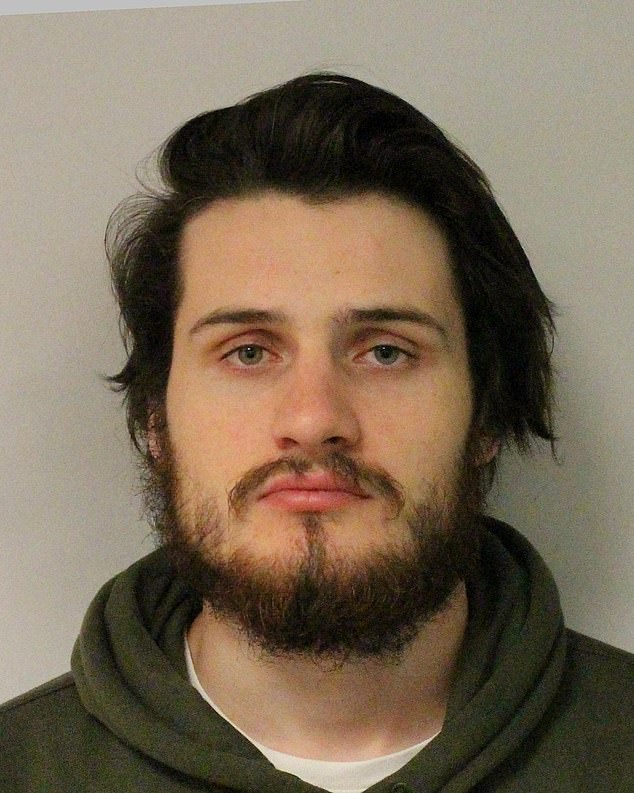 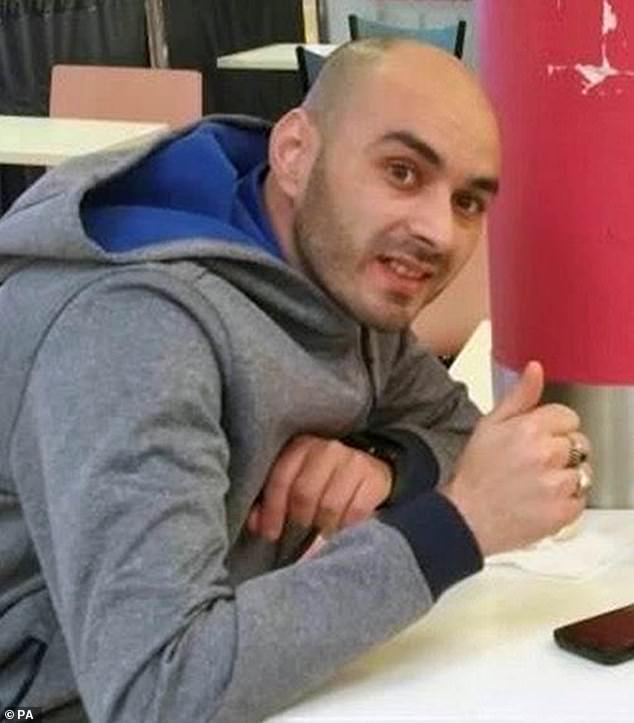 Prosecutor Julian Evans QC told jurors Mr Boudhane (pictured), a chef, had become upset at a road manoeuvre by Smith and words were exchanged but the situation escalated and he was fatally stabbed 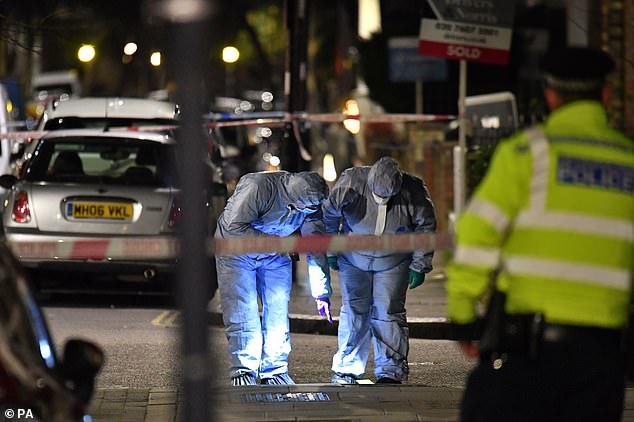 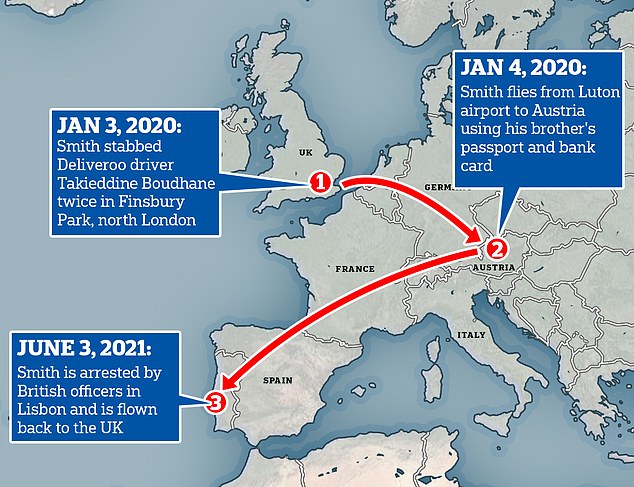 Smith went on the run across Europe for 17 months, initially flying to Austria, Switzerland and then Portugal before n arrest warrant was issued for the plumber and he was met by British officers in Lisbon who escorted him back to the UK on June 3 last year

Smith, in a white VW Caddy van, and moped rider Mr Boudhane had made a right turn in Finsbury Park, north London, before the fatal confrontation.

Prosecutor Julian Evans QC told jurors Mr Boudhane, a chef, had become upset at the manoeuvre and words were exchanged.

The situation escalated as Smith emerged from his van in Charteris Road with a knife in hand.

Smith went ‘on the attack’ and Mr Boudhane used his crash helmet to ward him off.

Even when the incident appeared to end, Smith was ‘simply not prepared to let things rest there’, Mr Evans said.

Describing CCTV footage of the incident, the prosecutor said: ‘As Smith ran towards him, Takieddine swung his crash helmet towards Smith. This action was defensive.

‘As Smith stepped on to the pavement, he ducked below the swinging crash helmet, and swung his knife twice, in quick succession, towards Takieddine’s upper body.

‘It is the prosecution case that one of those two rapid blows with the knife, each delivered with force, entered Takieddine’s chest.’

Despite suffering a 7.5cm wound, Mr Boudhane ran after Smith and hit the side of the van with his crash helmet as he drove off, the court heard.

Mr Boudhane then collapsed on the ground and despite the efforts of medics at the scene, he died at 7.42pm.

A post-mortem examination revealed the cause of death to be a stab wound to his chest, which went 75mm deep and penetrated his heart.

Meanwhile, Smith drove home and said nothing to his family about what had happened, jurors were told.

The next day, he took a flight from Luton airport to Austria using his brother’s passport and bank card.

When police searched for him at his parents’ address, the defendant’s father showed them a video believed to be from his son featuring views of lakes and mountains.

In February 2020, an arrest warrant was issued for Smith, who returned to the UK after 17 months on the run in Europe.

On June 3 2021, he travelled back to the UK from Lisbon, accompanied by British officers.

During his trial, Smith, of Archway, north London, claimed he had acted ‘defensively’ after the victim produced a screwdriver.

He told jurors: ‘From the beginning I’m intending to scare him. The only thing that scared him was me coming towards him swinging a knife. I do not remember intending to hit him with a knife. 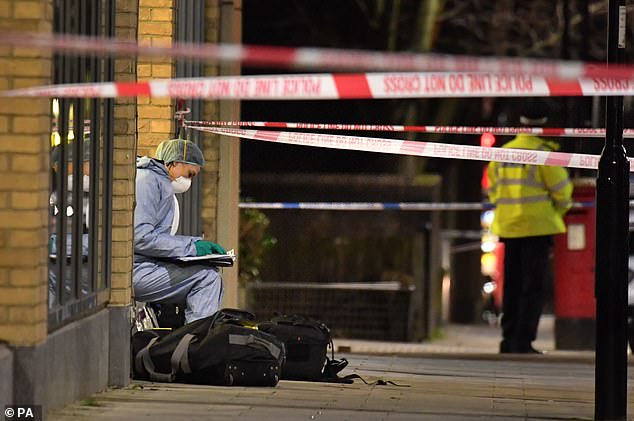 Despite suffering a 7.5cm wound, Mr Boudhane ran after Smith and hit the side of the van with his crash helmet as he drove off, then collapsed on the ground and despite the efforts of medics at the scene, died at 7.42pm

‘He swung for me, I swung back. I was not angry. I was scared at this point.’

The jury deliberated for around three hours to reject Smith’s claim of self-defence and find him guilty of murder.

Speaking after her son’s death, Saida Boudhane said: ‘Whoever did this horrible crime didn’t kill just my son Taki, but they killed our entire family.

‘My son is still alive until we bring to justice the person who murdered my beloved son. All I want now is justice for Taki.’

Detective Chief Inspector Neil John, who led the investigation, said: ‘Taki was an innocent man who had come to this country for a better life.

‘That life was suddenly cut short, leaving behind a distraught family both here in the UK and back in Algeria.

‘The least his family deserves is justice.’