Top Democratic officials, lawmakers and strategists are openly second-guessing their party’s campaign pitch and tactics, reflecting a growing sense that Democrats have failed to coalesce around one effective message with enough time to stave off major losses in the House and possibly decisive defeats in the tightly contested Senate.

The criticisms by Democrats in the final days of the midterm elections signal mounting anxiety as Republicans hammer away with attacks over the economy and public safety. For weeks, Democrats have offered a scattershot case of their own, accusing their opponents of wanting to gut abortion rights, shred the social safety net and shake the foundations of American democracy. 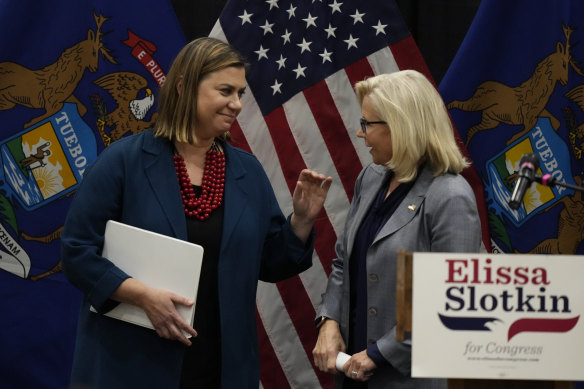 Yet as the country struggles with high gas prices, record inflation and economic uncertainty, some Democrats now acknowledge that their kitchen-sink approach may be lacking.

Even among the chorus of criticism, there’s little agreement over exactly what could cost the party control of Congress. In areas where victory depends on high black voter turnout, Democrats worry that they are not mobilising that constituency. Others say there has been too much focus on abortion rights and too little attention on worries about crime or the cost of living. And across the country, Democrats point to an inadequate economic message and an inability to effectively herald their legislative accomplishments.

“The truth is, Democrats have done a poor job of communicating our approach to the economy,” said Representative Elissa Slotkin, a Democrat from Michigan, who is in one of this year’s most competitive races. “I have no idea if I’m going to win my election — it’s going to be a nail-biter. But if you can’t speak directly to people’s pocketbook and talk about our vision for the economy, you’re just having half a conversation.”

Slotkin is far from alone in her criticism.

Senator Bernie Sanders has sounded alarm bells that Democrats are struggling to motivate working-class voters. Former President Barack Obama, who is travelling the country to campaign in some of the tightest races for Senate and governor, urged Democrats not to be “a buzz kill” by making people feel as if they were “walking on eggshells” when it came to issues like race and gender.

And several prominent Democrats have worried that their party has not fully acknowledged the pain of rising prices — or effectively pointed the finger at Republicans over the higher costs.

“If Republicans are going to attack on inflation, you should turn to them and say, ‘What the hell have you done?’ The answer is nothing,” said Senator Bob Casey of Pennsylvania. “And I think Democrats should talk about that more.”

Asked last week whether it was too late to adopt such an approach, Casey added, “We’ve got to hustle and do it quick.”

While many of the party’s Senate candidates are outpacing President Joe Biden’s underwater approval rating, which is below his national average in several key swing states, strategists warn that there are limits to how much candidates can defy this year’s political gravity — no matter their message.

Some Democrats believe that time has simply run out for any significant shift in strategy that could change the fundamental dynamics of the race.

In Wisconsin, the focus of the campaigns for both Senate and governor have shifted to crime after tens of millions of dollars of Republican attacks.

Only in recent weeks have Democrats tried to fight back, promoting Governor Tony Evers’ efforts to direct funding to law enforcement agencies.

“It’s late in the game,” said David Bowen, a Democratic state assemblyman from Milwaukee. “Especially as you get bogged down into what is the proper strategy to use in some of these races.”

In the final stretch of the race, top Democrats, including Biden and Obama, are emphasising economic concerns, accusing Republicans of wanting to gut the social safety net. At the same time, they are issuing stark warnings about the threats some Republicans pose to the democratic process, with election deniers on the ballot in critical races around the country.

“If there was an asteroid headed toward Earth — it’s going to land in like two weeks — if you went into the Republican caucus and said, ‘What do you want to do?’ They’d say, ‘We need a tax break for the wealthy,’” Obama said over the weekend in Wisconsin as he criticised Republican Senator Ron Johnson. “That’s their only economic policy.” 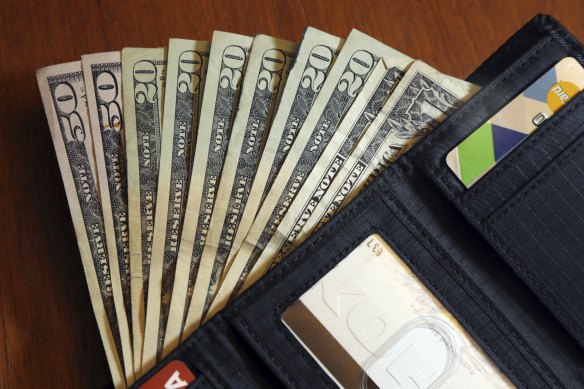 A pocketbook election – so where is the Democrats’ message?Credit:AP

As president, Obama saw his party suffer heavy midterm losses. But this year, he is regarded by many Democrats as their most powerful surrogate by far. The problem, some say, is that there is only one of him.

“If he were running in every state, we’d win every Senate race, but he’s a once-of-a-generation talent,” said Representative Ro Khanna, adding that watching the former president’s remarks should be required “homework” for the party. “He shouldn’t be the only one delivering the basic economic message. We should have 20, 30 people capable of doing that and doing that around the country.”

Khanna, who said that Biden also understood the urgency of those issues, questioned whether the “consultant class” had grasped the potency of that message in time, amid an intense focus on abortion rights and on protecting democracy. Both of those are important, Khanna said, but prioritising them should not come at the expense of pocketbook matters.

“Consultants, they looked at it, said, ‘Well, we’re down on the economy, well, maybe we shouldn’t talk about it,’” he said. “That’s a mistake! No, we need to press our case.”

Representative Troy A. Carter snr, a Democrat, who defeated a left-wing rival to win a special election last year, said he worried that the party’s accomplishments weren’t breaking through. He judges the message by his “barbershop guys” — who, he said, have not heard much about the party’s work lowering the cost of insulin, championing the child tax credit or providing assistance to historically black colleges and universities.

“We have not done as good a job as we could or we should communicating with the American people,” he said last week outside a campaign event in Atlanta for Senator Raphael Warnock, “I know that from my barbershop discussions.”

That concern was echoed by others, who worry that black voters haven’t been sufficiently motivated to vote. 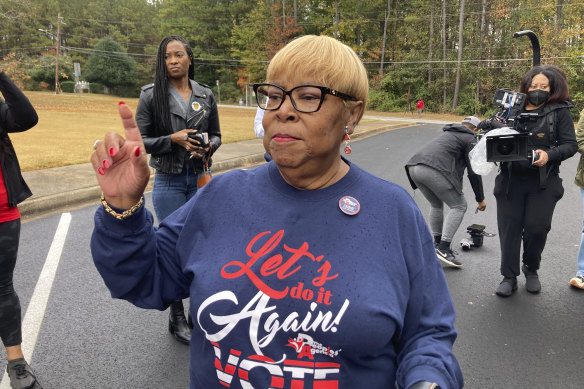 The all-important African-American voter has not been energised, Democrats say. Pictured: an organiser at a black church event known as “Souls to the Polls” in Decatur, Georgia. Credit:AP

“Only thing I’m worried about is African American turnout,” said former Governor Ed Rendell of Pennsylvania. “I’m worried that it won’t be as strong as we need.”

Finger-pointing is typically reserved for the days and weeks after the election. The fact that it’s coming with a week left to go underscores how Democratic hopes have fallen since the summer, when the party seemed to be outrunning political history. For two decades, the president’s party has lost seats in the midterm elections, as voters have expressed their discontent with the party in power.

This year, Democrats have tried to frame the election not as a referendum on an unpopular Biden but as a choice between two very different visions for America, an argument the president made before a gathering of Pennsylvania Democrats last week.

That is not an easy case for Democrats to make. For months, Republicans have slammed their opponents with a far simpler message: The economy is bad, worries about crime and immigration are rising, and the party in control is to blame.

Governor Brian Kemp of Georgia, a Republican, described the midterms as “a pocketbook election”. 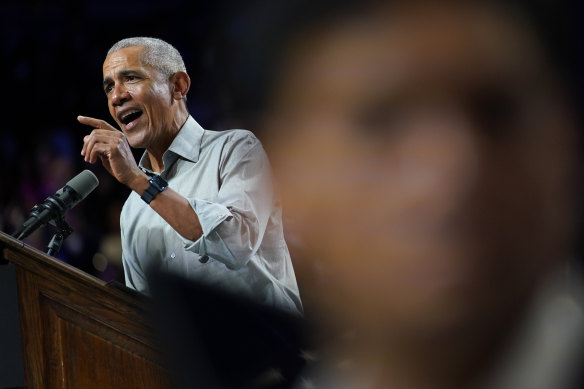 The problem is there is only one of him: Former President Barack Obama campaigns for Nevada Democratic candidates at a rally.Credit:AP

“Democrats around the country, the last two weeks in the campaign, have now started talking about violent crime and going after street gangs,” Kemp told supporters after a campaign stop in the Atlanta suburbs on Tuesday. “I can’t imagine what’s woken them up.”

For weeks, much of the intraparty critique has centred on whether Democrats made a mistake by leaning too heavily in their messaging on the backlash to the Supreme Court’s decision overturning Roe v Wade. Since June, when that ruling arrived in Dobbs v Jackson Women’s Health Organisation, some Democrats hoped they could overcome economic anxieties and the pull of history with promises of preserving abortion rights and castigating Republican extremism.

“I definitely think that we weren’t wrong by focusing on Dobbs when it happened, because it was so earth-shattering,” said Chuck Rocha, a Democratic strategist who focuses on Latino voters. “The question should have been: Could we have done that and packaged together economic populism along with the Dobbs decision? I think we are closing with the best we can do.”

But, he said, there are “so many headwinds”.

This article originally appeared in The New York Times.