Home » World News » Denis Glennon told his daughter at her grave, ‘I will do all in my power to find the person responsible’

Denis Glennon told his daughter at her grave, ‘I will do all in my power to find the person responsible’

The father of murder victim Ciara Glennon has spoken of his unwavering love for his daughter and the gratitude he feels towards those who helped bring her murderer to justice.

During a moving display of strength and compassion, Denis Glennon recalled the first press conference he and wife, Una, gave through tears in the days following the 27-year-old’s disappearance. 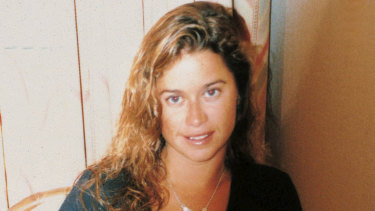 “They did the very best they could with the information, with the methods, with the equipment that they had available to them at that time.”

Mr Glennon, however, did criticise the "countless" media reports in the years between Ms Glennon’s disappearance and Mr Edwards’ arrest in 2016, saying many were based on speculation and caused needless suffering to his family.

“They serve little or no legitimate public interest value or purpose,” he said.

“The dramatic headlines, the subjective content, repeatedly cast doubt on the investigative work of the police and the analytical work of the scientists, all of whom I know were working diligently and conscientiously with what they had to work with.

“This form of reporting I can assure you inflicted needless additional suffering on my family.”

Of Sarah Spiers’ case, he said the 18-year-old's parents Don and Carol Spiers deserved justice after Edwards was acquitted over her death due to a lack of evidence. 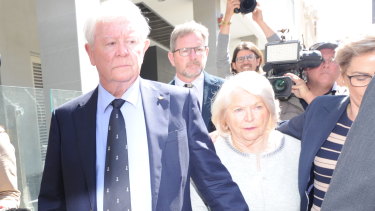 He spoke of his desire for himself and Una to move forward now with the memories of their daughter always close to their heart.

“Crimes such as these inflict unforeseeable collateral damage, they take their toll physically, emotionally and spiritually on those left behind,” he said.

“As a family we will not allow ourselves to be prisoners of the past. We have chosen not to provide victim impact statements.

“The past is unquestionably for us engulfed by sadness, and that is a powerful force, but as a family the past is transcended but the fond memories of Ciara.

Ms Glennon was the third woman to vanish off the streets of Claremont in the mid-90s.

On Thursday, Edwards was found guilty of her murder, and the murder of Jane Rimmer, 23.

In the moments before her death Ms Glennon fought for her life, gouging at Edwards.

That last desperate act by the young lawyer would deliver the crucial piece of evidence which would eventually see justice served more than 23 years after her death – Edwards' DNA embedded under her fingernail.

The Glennon's are the second family to speak publicly following Thursday's monumental verdict.

The Rimmer's released a statement shortly after the decision was made by Justice Stephen Hall.

"The Rimmer family is pleased that we finally have a verdict which gives us some answers about the abduction and horrendous murder of our beloved Jane," it said.

"For our family and friends there have been 24 years of pain and anguish at the loss of our young, vibrant daughter, sister, niece and close friend.

"Jane had her whole life ahead of her, and it is almost beyond comprehension this could have ended in such horrific, heinous circumstances.

"Our family can now take some comfort today and the healing process can begin."

The Spiers' family have indicated they do not wish to make any public statement at this time.