Devastated mother, 40, tells of finding her son dead during lockdown

Devastated mother, 40, tells of finding 15-year-old son dead after he was left ‘isolated’ by coronavirus – in second suspected suicide linked to lockdown in UK

A heartbroken mother today told of finding her 15-year-old son dead after he was left ‘feeling isolated from the world’ during coronavirus lockdown.

Talented kickboxer Kian Southway, from Rhondda, South Wales, told his mother he wanted to ‘fast forward it all’ when social distancing rules were brought in.

His death is the second suicide linked to the coronavirus lockdown in Britain, after an extroverted man with bipolar disorder killed himself in isolation after his family said loneliness ‘pushed him over the edge’. 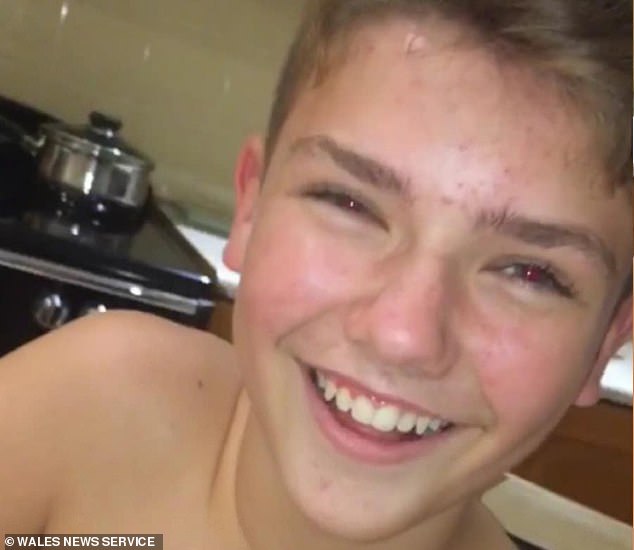 She said: ‘It was so unexpected, I think we are still in shock. We’re numb. We need people to know Kian wasn’t suffering from mental health issues, he wasn’t depressed.

‘We need people to know how quickly this happens. I think he literally felt isolated from the world due to this Covid-19. Kian loved life.

‘Boris Johnson announced lockdown on the Monday and he was gone by Friday. The gremlin took hold, he kept saying he couldn’t wait for it to be over and that he wanted to fast forward it all.’

Kian had a black belt in kickboxing and was ‘very sociable’, according to his mother.

‘He thought of everybody and anybody and he loved being out and about,’ she said. ‘He was just amazing. He was an immense, incredible big brother to Darcey, he had her back all the time.

‘We didn’t expect this at all. We constantly talk and we encourage the kids to talk, we don’t hide anything. Kian knew it’s okay not to be okay and he didn’t talk. We will never know why.’

Mrs Southway and her husband Julian, 46, now want other teenagers to know there are people they can speak to.

‘You know it’s out there but when it doesn’t affect you it doesn’t hit home,’ she said. ‘There are gremlins out there and it changes our kids. It has to stop.

‘I just need people to talk, I need them to know it’s okay not to be okay and that people really really love you and want to talk. There’s numbers if you can’t talk to loved ones.’ 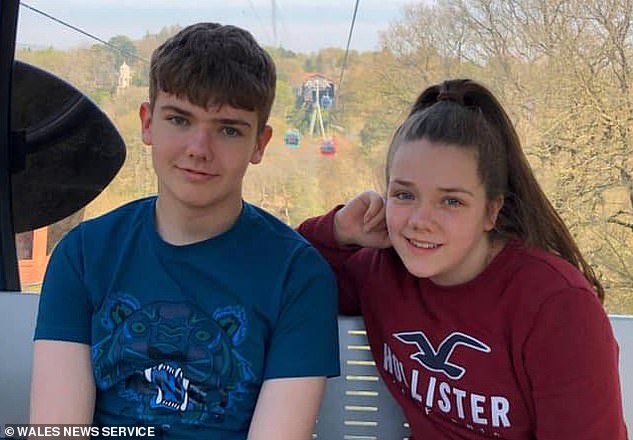 Kian was described by his mother as an ‘immense, incredible’ big brother to his sister, Darcey 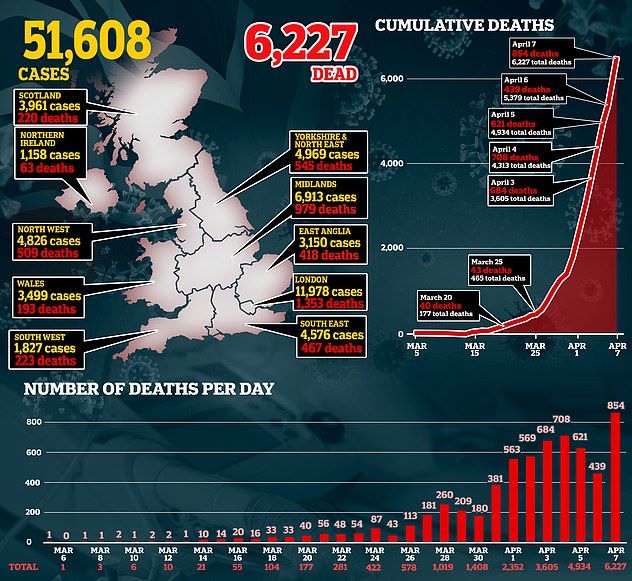 Kian’s school, Ysgol Gyfun Cwm Rhondda, said: ‘Our school is very sad to lose a very dear member of our family, Kian Southway. Our deepest sympathy goes to his immediate family and those closest to him.

‘We shall come together to remember Kian when we can. Until then we hold Kian gently in our thoughts at Ysgol Gyfun Cwm Rhondda.’

A team spokesman said: ‘It’s been a hard week for many this week, hearing the sad passing of Kian Southway, a much loved young man by many.’

A Go Fund Me page has been started to raise money for Kian’s family.

Anyone seeking help can call Samaritans free on 116 123 or visit Samaritans.org

Bipolar man, 34, with diabetes killed himself after being pushed over the edge due to loneliness when he was forced to self-isolate during coronavirus, family say

By Jack Elsom for MailOnline

An extroverted man with bipolar disorder has killed himself in isolation after loneliness ‘pushed him over the edge’.

Daniel Furniss, 34, lived by himself in Crookhorn, near Portsmouth, and stayed indoors as his diabetes made him particularly vulnerable to coronavirus.

But the outgoing ‘big kid’ who was a ‘joy to everyone’ struggled with the lack of contact and sadly took his own life, according to his distraught family. 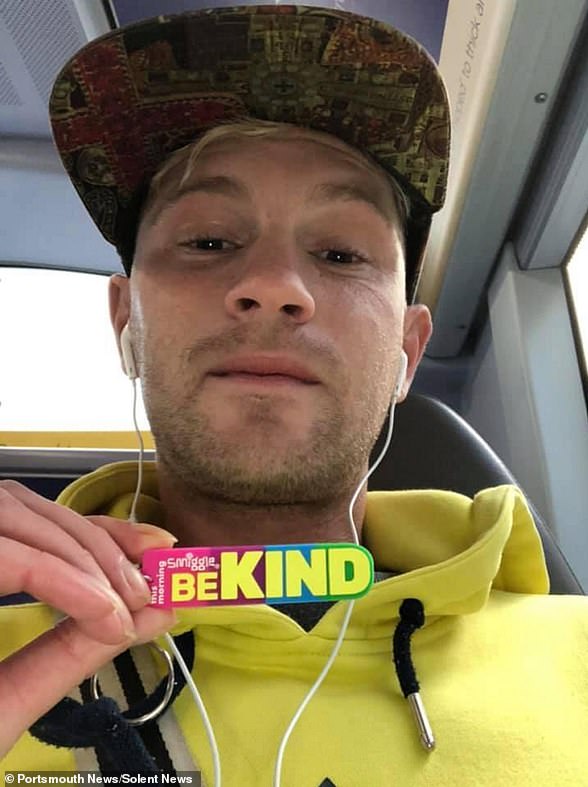 Daniel Furniss, 34, lived by himself in Crookhorn, near Portsmouth, and stayed indoors as his diabetes made him particularly vulnerable to coronavirus

Sister Chelsea Furniss, 28, is now calling on health authorities to urgently ratchet up support for those suffering mental health issues during the lockdown.

Speaking to MailOnline, the heartbroken sibling said: ‘Isolation had a great impact on him.

‘When the official lockdown was announced he shared a few things on his social media page about how he felt like he was going to be in trouble getting through this, and that there was no guidance released for people with serious mental health conditions, especially if they were on their own. He found it very hard.’

Last week, Ms Furniss and her family, who regularly spoke to Daniel via video calls, became concerned when they couldn’t get in contact with him. 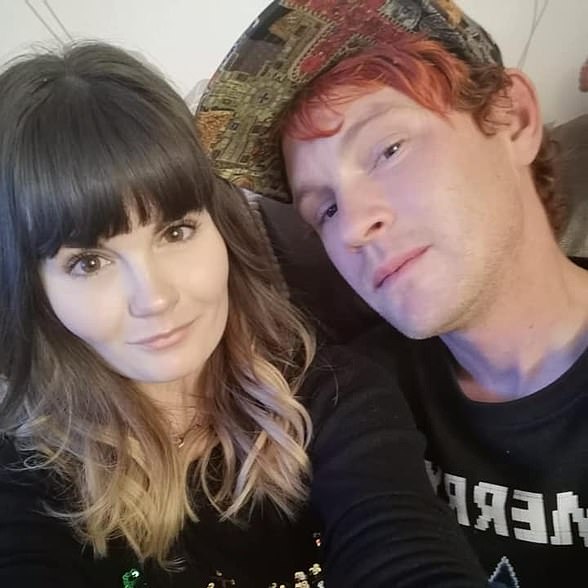 Sister Chelsea Furniss (left), 28, is now calling on health authorities to urgently ratchet up support for those suffering mental health issues during the lockdown

On the morning of March 27 they called the police, who found Daniel dead at him home where he lived alone.

Fondly remembering her brother, who was ‘loved and adored by so many people,’ she said: ‘He would always dress very bright and colourful – you couldn’t miss him.

‘Dan brought a lot of joy to everyone’s lives. Although he was aged 34 he was just a big kid at heart.’