The health service technology unit behind the Government’s embarrassing failure of a coronavirus tracing app hampered its own efforts by attempting to block rivals.

NHSX tried to knock back rival apps to protect its own hampering efforts to track the early spread of the coronavirus in the process, according to the Observer.

Developers of several apps competitor were urged to stop work by either NHSX or the Ministry of Defence.

They told the rival companies their apps might distract attention from NHSX’s app when it was launched, which ultimately ended up being abandoned after three months, with work beginning on an alternative design without any deadline. 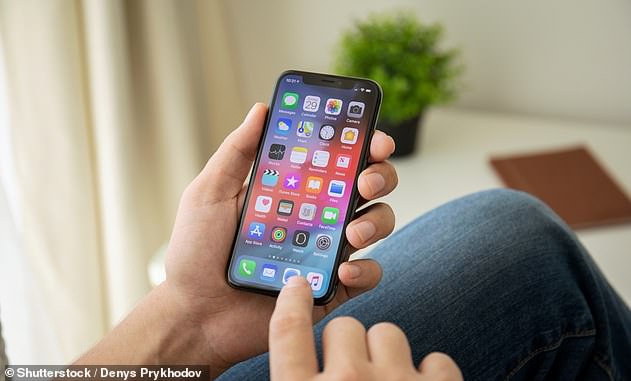 In the damaging U-turn, Health Secretary Matt Hancock said the system the Government had spent months developing would not work on millions of phones.

Instead he said the NHS would be reverting to a technology used in other countries which ministers had previously dismissed.

However, officials have no idea whether the new smartphone app will be effective – or indeed if it will be ready in time for winter when coronavirus is expected to be resurgent.

The setback is a fresh embarrassment for the Government after a string of policy U-turns over testing, protective equipment for health workers, the return of schools and the quarantine system for travellers.

Professor Tim Spector, of King’s College London, told the Observer that NHSX had treated his Covid symptom tracker research team as ‘the enemy’.

‘We were hampered from the beginning, in March when we first contacted NHSX, they were very worried about our app taking attention away from theirs and confusing the public.

‘Lots of signals went to places like the universities, my university, the medical charities and the royal colleges not to back our app because that would interfere with their one.’ 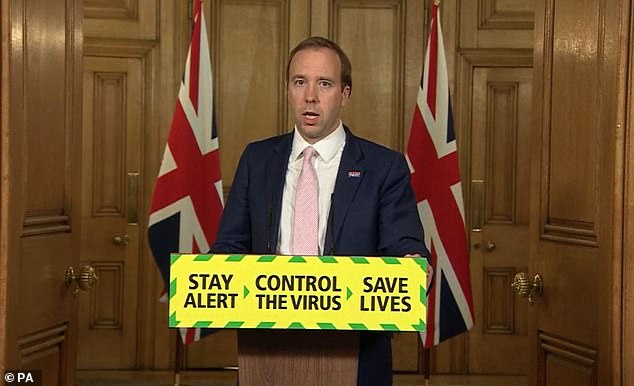 Health Secretary Matt Hancock said he is still committed to developing a Covid-19 contact tracing app, despite the embarrassment of the Government at its initial failure

The app was supposed to have been rolled out last month as a key part of what Boris Johnson promised would be a ‘world-beating’ test-and-trace system to help Britain track cases and ease lockdown restrictions.

Ministers hoped the technology would work alongside human contact tracers to identify local outbreaks of the virus and shut them down before they spread.

Officials confirmed the problems on Thursday, and announced they would be switching from the technology run by NHSX – the Health Service’s digital arm – to a version jointly provided by Apple and Google.

This is because a major trial on the Isle of Wight had revealed that the app didn’t work properly on Apple iPhones, one of the UK’s most popular handsets with seven million sold last year.

Figures from the trial had shown the app would detect just four per cent of contacts on iPhones, compared with 75 per cent on Android devices. The Apple-Google system detects 99 per cent.

When the pandemic hit the UK, technology workers, academics and health professionals responded to Prime Minister Boris Johnson’s call for a national effort by creating smartphone apps to help track the spread of the virus.

Yet the collective rival apps could still form a vital part of the early warning system if, as some scientists fear, a second wave of Covid-19 hits the UK.