Salesmen who were jailed for selling overpriced diamonds from a company linked to TOWIE star Dan Edgar in £415,000 investment con are ordered to pay back £173,000

Two salesmen who sold overpriced diamonds from a company linked to TOWIE star Dan Edgar have been ordered to pay back £173,000.

Aaron Fay, 32, and Sudir Kundi, 39, marketed and sold diamonds for inflated prices through Reco Commodities in the £415,000 investment con.

Dan Edgar, 30, who joined the cast of TOWIE in 2015, was described as an operations manager at the company based in the City of London, but he was not before the court.

Edgar’s involvement in Reco Commodities emerged after the company was wound up in the High Court. 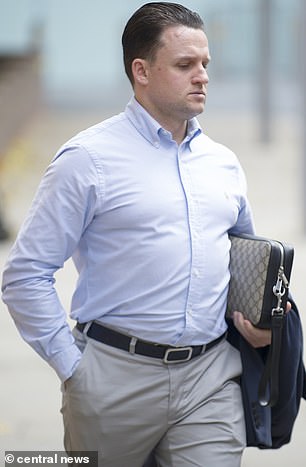 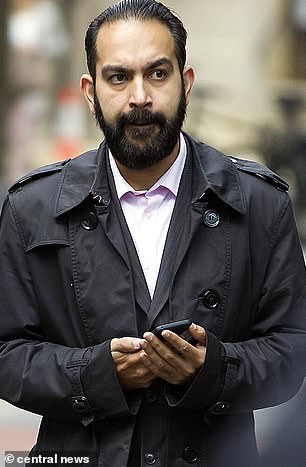 Aaron Fay (left) and Sudir Kundi (right) marketed and sold diamonds for inflated prices through Reco Commodities between September 2013 and June 2014. Both were jailed in 2018

He was banned by the court from directing or promoting a limited liability company until 2031.

Reco Commodities claimed to manage over 2,000 clients but in reality there were less than 30 on the books.

The company said it securely stored diamonds for customers in its own private vault in Hatton Garden.

But investigators discovered only one customer ever received the diamond they had purchased.

Fay and Kundi denied the allegations but were convicted of conspiracy to defraud after a three-week trial at Southwark Crown Court in 2018.

Following a hearing under the Proceeds of Crime Act at the High Court, Fay and Kundi were ordered to pay £172,987 within three months, or face default prison sentences of nine and 18 months respectively.

The fraud came to light when Fay reported a break-in at the company based on King William Street.

City of London officers believed the operation to be suspicious and raided the offices the following day, on 1 April 2014.

They became aware of Edgar’s involvement after police found his ID card on one of the desks.

A number of sales scripts were found on the same desk on which Edgar’s ID card was found.

One included a quote from comedy character Alan Partridge, which read: ‘My definition of a great salesman is someone who can convince white mice that black cats are lucky.’

The document also included a section called ‘Glossy words that appeal to greed,’ encouraging the salesman to use phrases including: ‘Market leading,’ ‘first-class,’ ‘massive growth,’ ‘building for the future,’ ‘high returns’ and ‘keys to wealth.’

The guides gave the salesmen pre-written answers to common issues.

One of the responses was for potential investors worried about what their wives would think about investing with Reco Commodities.

The salesmen were told to assure investors that: ‘87 percent of the top financial brokers are men,’ and ‘you, like me, know that she [the investor’s wife] will be perfectly happy to spend these profits.’

The script concluded with the sentence: ‘You need to let go of the twig of mediocrity and branch out for success.’

Many of the documents instructed the salesmen to play on potential investors’ fears and emotions.

Dan Edgar, who was not on trial, was described as an operations manager at the London-based company

One read: ‘Massive pressure has now been applied.

‘We now enter the third most powerful emotion – pleasure.’

The salesmen were also instructed to tell the investors that when the sale had gone through they should expect large profits.

Reco Commodities claimed to have 15 years trading experience along with more than 2,000 clients.

But an investigator from the government’s Insolvency Service described the company as ‘a room full of screaming eighteen year olds…. like a boiler room.’

Retired IT consultant Howard Langley, 74, told jurors he was persuaded to part with £3,000 of his savings after he received a cold-call from Fay.

‘He wanted me to get into the diamond market and suggested I buy one diamond to begin with and hopefully buy more diamonds from him.

‘It was basically to make some money – he suggested that if I bought the diamond, he would put it in the first available auction and I would get a 9 percent return.

‘He said that he was the owner of it, that he would let me have it to then sell it at the auction a few months later.’

But Mr Langley never received his diamond and Fay told him there was no need because it was in storage.

When he tried calling back, Mr Langley was told Fay was off sick but to wait for an upcoming auction date.

That date came and went and the pensioner never saw the diamond or his cash again.

Another investor, Timothy Snook, lost £16,000 on one diamond alone after being promised returns of up to 16 percent.

‘They then sent me a letter from a Daniel Edgar who described himself as an operations manager,’ he said in a statement read to the court.

Michael Delaney bought four coloured diamonds from the company after he was promised a 26 percent profit, the court heard.

He was offered another diamond but refused and never heard from the company again.

In one case a customer was charged £4,998 for a fancy yellow diamond for which the fraudsters had paid just £904.

Edgar’s involvement in Reco Commodities emerged after the company was wound up in the High Court. 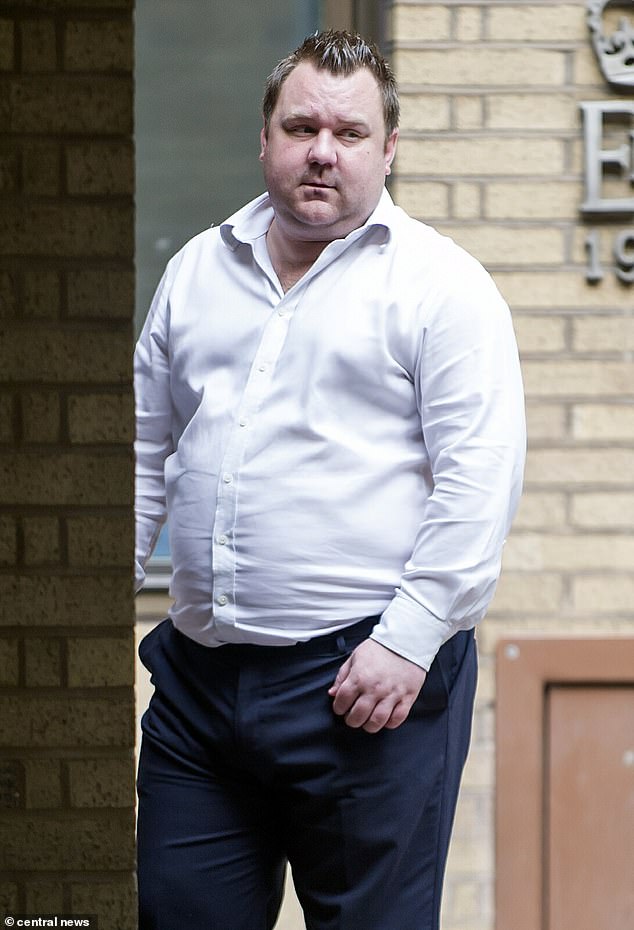 Martin Ball was convicted of conspiracy to defraud and jailed for three and a half years in 2018. He was not made subject to a confiscation order because he had no identifiable assets

According to an official document, Edgar ‘signed a disqualification undertaking which means he is disqualified from 15 March 2017 and cannot promote, manage, or be a director of a limited company until 2031.’

Fay, of Horizons Tower, Yabsley Street, Canary Wharf, Docklands, east London, and Kundi, of Bangors South Road, Iver, Buckinghamshire, were each convicted of one count of conspiracy to defraud.

A third man Martin Ball, 31, of Chafford Hundred, Essex, was also convicted of conspiracy to defraud and jailed for three and a half years after the trial.

No confiscation order was made against Ball as he no identifiable assets.

‘While we have not been able to recover all the funds the victims invested, we believe this is a positive result and hope the return of some of their monies will bring closure to them and their families.’