A loyal pet dog has moved tens of thousands of people after running alongside a wedding convoy for more than six miles as a send-off for his owner, the bride.

The mutt, called Fugui, only stopped when he could run no more – before watching the cars driving off.

Fugui and the bride, Fu Xi, had spent two years together before Ms Fu tied the knot with her fiancé at the nuptial ceremony on Sunday, a local told MailOnline. 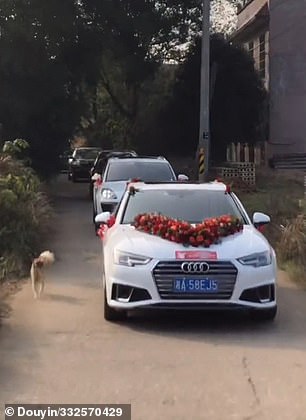 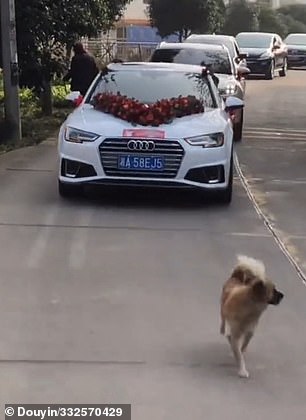 A mutt called Fugui has become an internet sensation in China after running alongside a wedding convoy for more than six miles as a send-off for his the bride, who is his owner

Touching footage shows the dog, whose name means ‘wealthy’, waiting for the wedding convoy at the entrance of his village in southern China before trying hard to run next to it.

In the beginning, he can stay side by side with the bride’s car. But later on, he starts to struggle and eventually stops on a road to watch the convoy leaving.

A wedding planner who filmed the clip told MailOnline that the pet ran for more than 20 minutes and covered a distance of greater than 10 kilometres (6.2 miles). 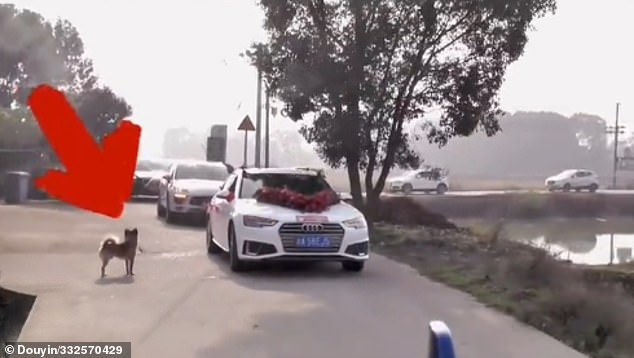 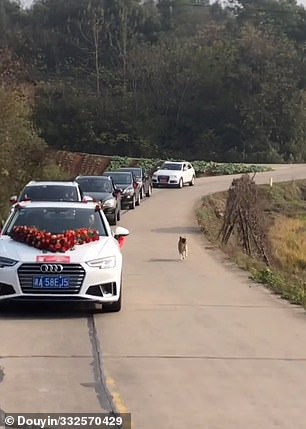 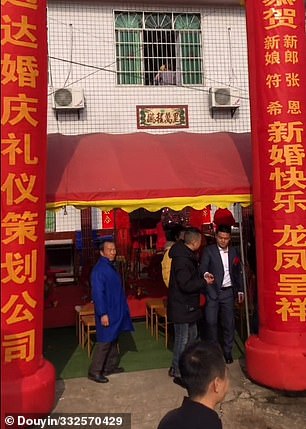 The local claimed that the pet ran for more than 20 minutes and covered a distance of greater than 6.2 miles (left), but did not have enough strength to reach the wedding venue (right)

The man, who declined to give his name, said that the bride asked for the dog to be put in her car during the event. For unspecified reasons, the dog did not go into the car.

The source claimed that Fugui ultimately stopped chasing after getting exhausted.

The 51-second video has amassed thousands of comments since it was posted to Douyin, the Chinese version of TikTok, on Monday. 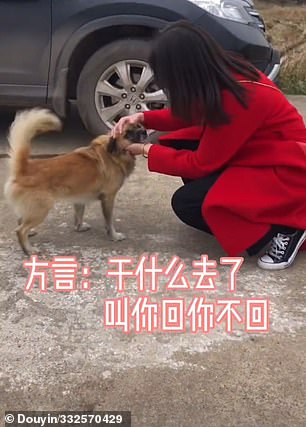 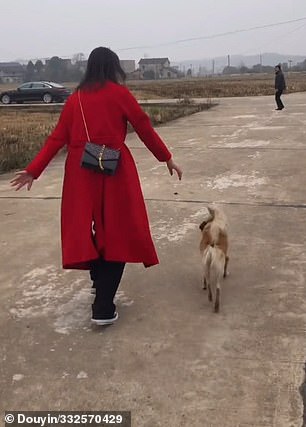 The bride went back to her parents’ home the day after her wedding. A separate video shows her petting Fugui, which had recovered from his marathon and was as playful as usual

One fan wrote: ‘This video proves that dogs are man’s best friends.’

Another person suspected: ‘This is so moving I cried. Please treat small animals well.’

Some people, however, criticised the bride for not letting the dog go into her car.

One such viewer commented: ‘I have to say the bride was harsh and let it keep running like this.’

The bride, Ms Fu, went back to her parents’ home to visit Fugui the day after her wedding.

A separate video shows her petting and asking the dog ‘why didn’t you go home like I had told you to’, referring to his chase on Sunday.

It is said that Fugui recovered from the incident on the same day and is now as playful as usual.