The network has apologized admitting that the clip Todd had played was "inadvertently and inaccurately cut short". 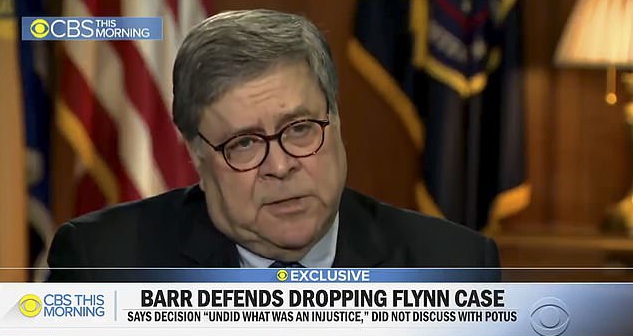 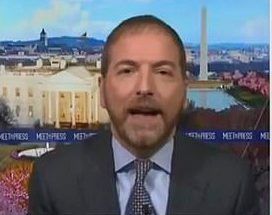 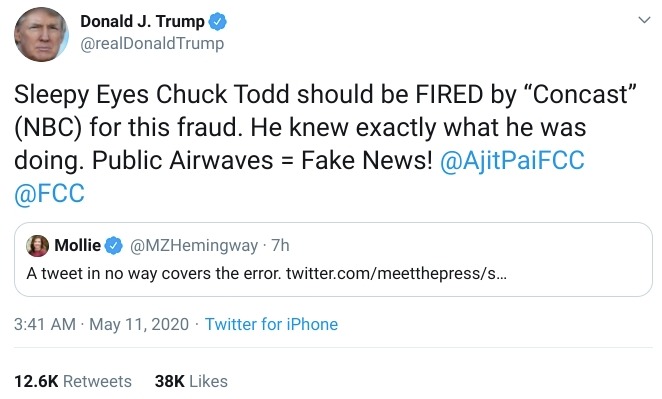 But the furious President wants NBC to give the Meet the Press presenter the boot.

He tweeted: “Sleepy Eyes Chuck Todd should be FIRED by 'Concast' (NBC) for this fraud.

“He knew exactly what he was doing. Public Airwaves = Fake News!"

The president's tweet came after the Department of Justice itself slammed the Sunday morning news program accusing it of deception.

He replied: “Well, history's written by the winners.

“So it largely depends on who's writing the history.”

Giving his verdict on the interview, Todd said he was struck by “the cynicism of the answer”.

He said: ”It's a correct answer. But he's the attorney general. He didn't make the case that he was upholding the rule of law.

“He was almost admitting that, yeah, this is a political job.”

But the full clip, shown in full by CBS News, Barr goes on to justify his actions.

He said:”Well, history is written by the winners. So it largely depends on who's writing the history.

“But I think a fair history would say that it was a good decision because it upheld the rule of law.

“It helped, it upheld the standards of the Department of Justice, and it undid what was an injustice.”

A spokesperson for the Justice Department, Kerri Kupec ended up tweeting a side-by-side transcript of the CBS interview, comparing it with the excerpt used by NBC's Meet The Press.

Kupec stated she was “very disappointed by the deceptive editing/commentary”.

In Todds commentary on the interview, he said: “He didn't make the case that he was upholding the rule of law.

“He was almost admitting that, yeah, this is a political job.”

But Kupec points out that Todd's clip specifically left out the rest of the attorney general's response — in which Barr actually directly refers to the rule of law.

It said: “Earlier today, we inadvertently and inaccurately cut short a video clip of an interview with AG Barr before offering commentary and analysis.

“The remaining clip included important remarks from the attorney general that we missed, and we regret the error.”

Barr’s critics have suggested the decision to drop charges against Flynn was politically-motivated and designed to keep scrutiny away from President Trump.

On Thursday, he moved to drop the criminal charges against Flynn, Trump’s former national security adviser .

Flynn was among Trump’s former aides convicted during the special counsel's probe into Russian election meddling.

He had pleaded guilty in 2017 to lying to the FBI about contacts with Russia's ambassador to the US, but had been seeking to withdraw his guilty plea.

The justice department's decision also follows criticism of the case by Trump and his supporters. 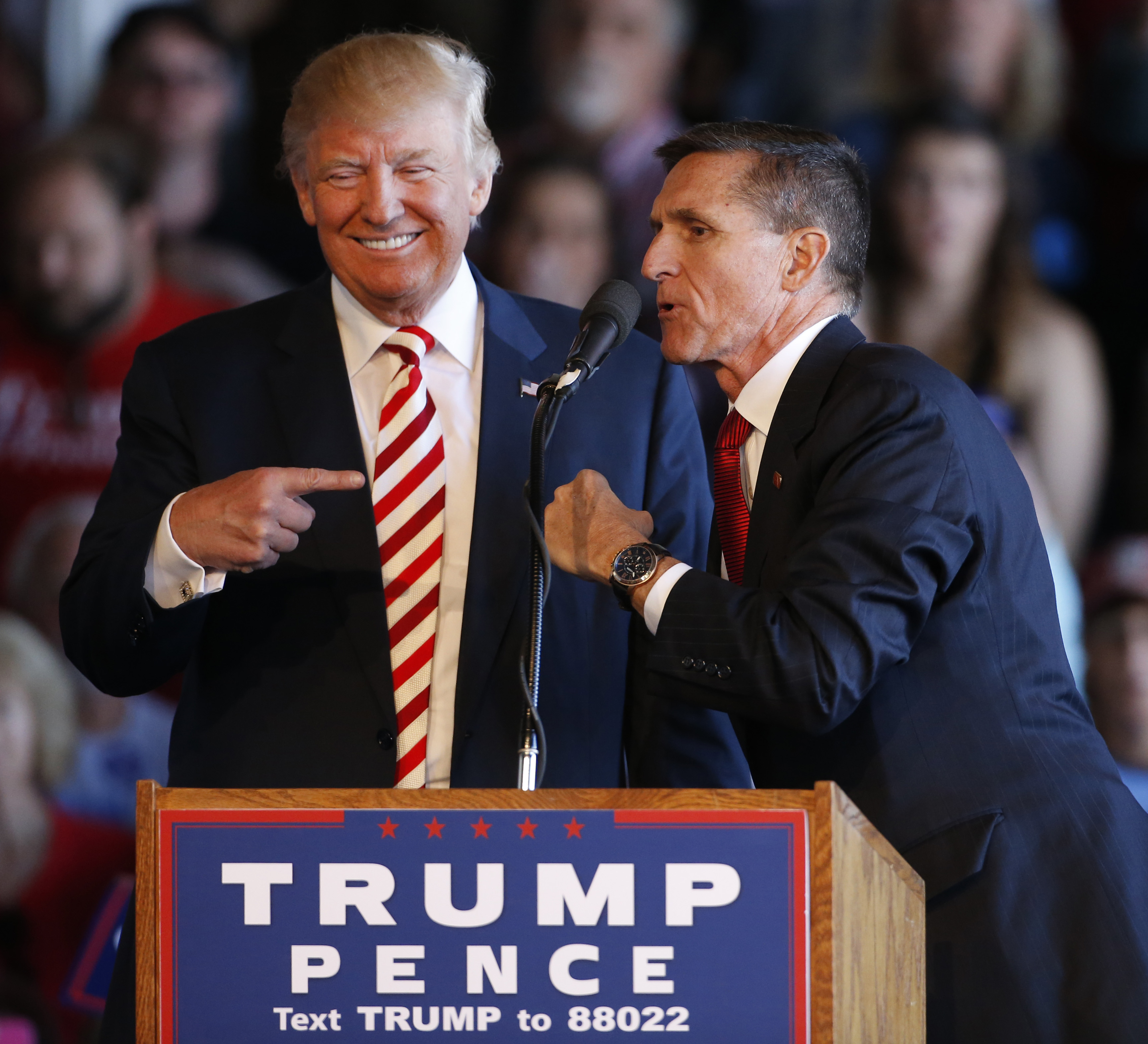