PRESIDENT Donald Trump challenged House Speaker Nancy Pelosi to impeach him a second time for nominating a Supreme Court Justice before the election.

Since the death of Justice Ruth Bader Ginsburg last week, Democrats have pushed for the replacement nomination to come after the November election. 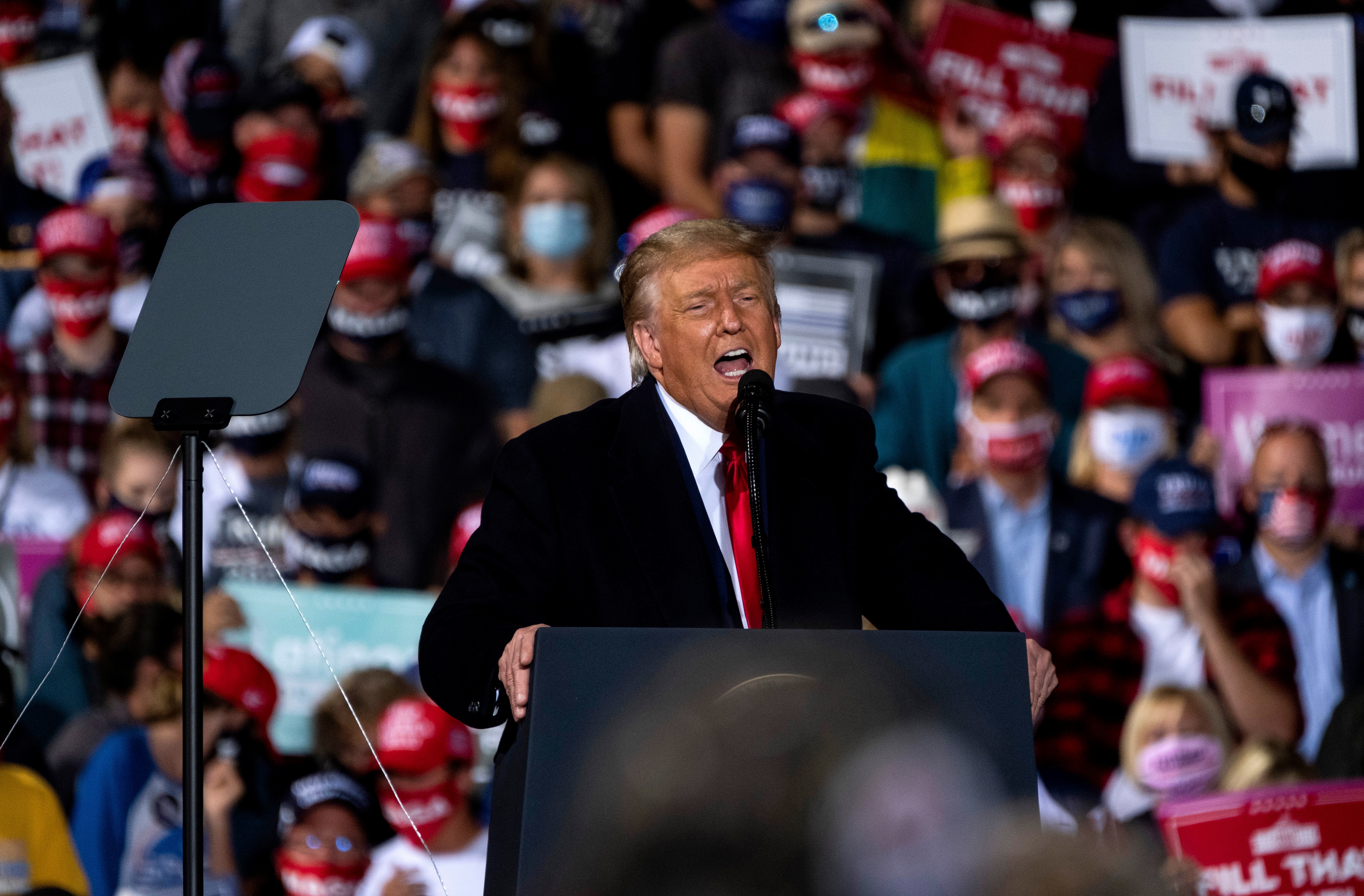 Meanwhile Republicans, including President Trump, have voice support in naming a nominee later this week.

The Democratic argument stems from 2016, when the Republican-held Senate waited until after the election to vote on a replacement after the death of conservative Antonin Scalia nine months before the 2016 election.

Since Ginsburg's death on Friday, President Trump has commented on his "constitutional obligation" to nominate a new justice.

"I'm the only guy in the world that could be impeached for filling a seat," he said during an Ohio rally on Monday night.

In recent days, many Democratic lawmakers have pointed out that Senate Majority Leader Mitch McConnell refused to allow President Obama's Supreme Court pick get a vote in 2016. 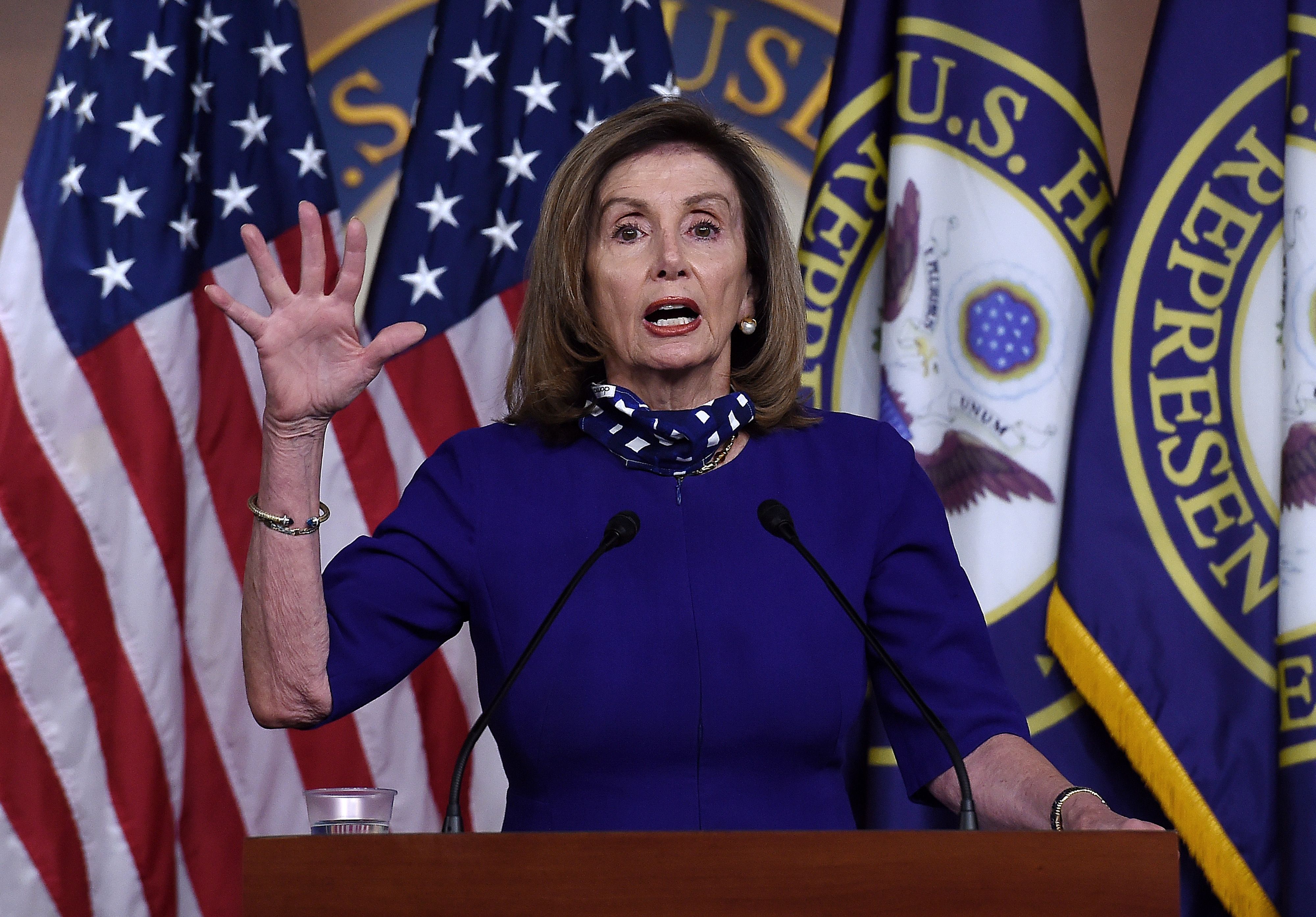 The Republican argument then was because it was an election year.

They said House Dems would take "unprecedented" measures to ensure the next president chooses the next Supreme Court justice.

"We need to make sure we mobilize on an unprecedented scale to ensure this vacancy is reserved for the next president," Ocasio-Cortez said.

On Saturday in Kentucky, at least 100 demonstrators gathered at McConnell's home to protest his push to fill Ginsburg's seat. 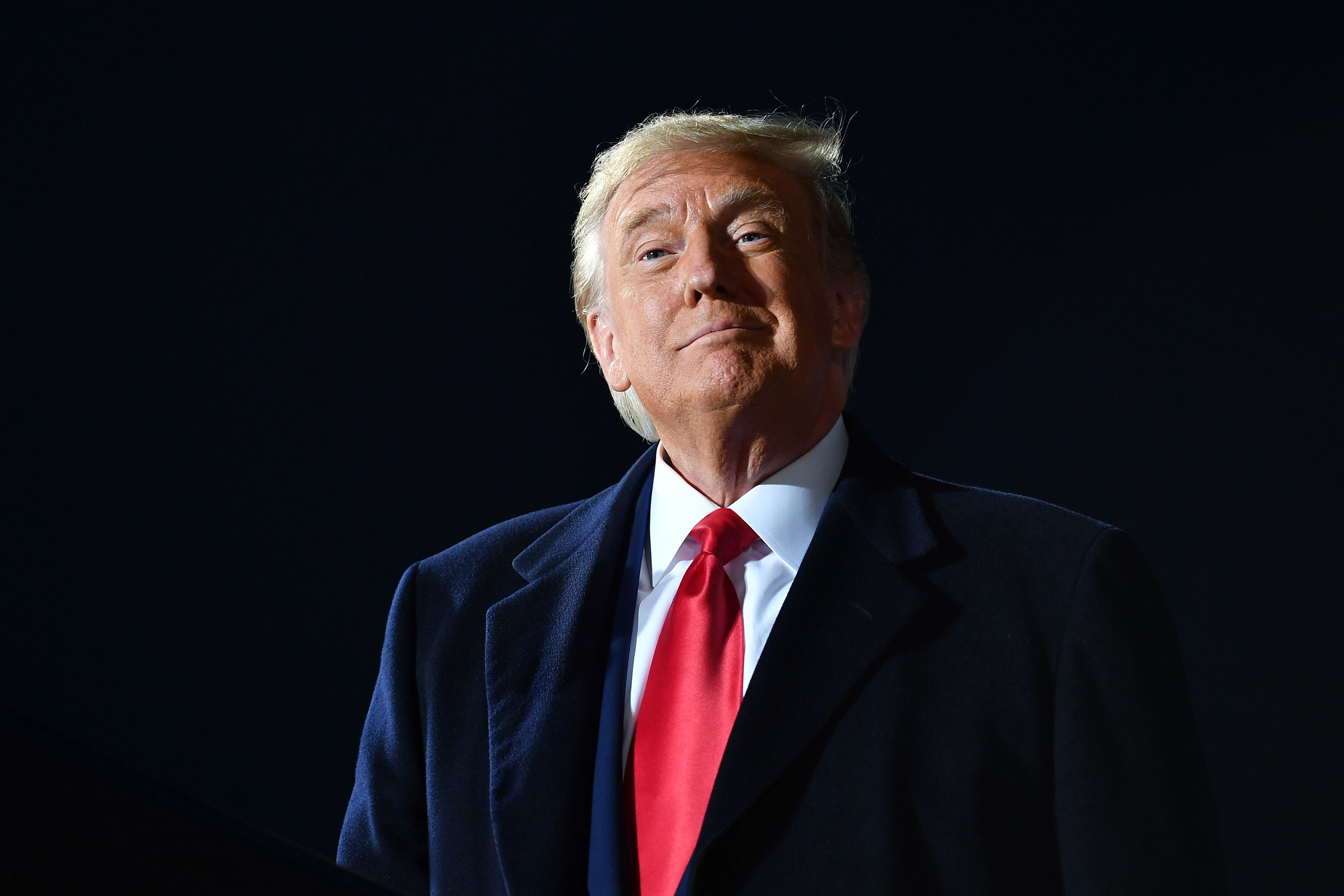 Footage shot on Saturday showed a crowd lined up on either side of the street outside his home chanting: “Hey hey, ho ho, Mitch McConnell has got to go!”

Daily Mail reported that at Toledo Express Airport, Trump was met with "fill the seat!" chants.

On Monday evening, the president told his supporters his pick would come Friday or Saturday of this week and it will be a woman.

In response to his swift nomination, Pelosi said she was open to using impeachment to stop the Republicans' push for a supreme court confirmation.

"We have our options," Pelosi told ABC News' George Stephanopoulos. 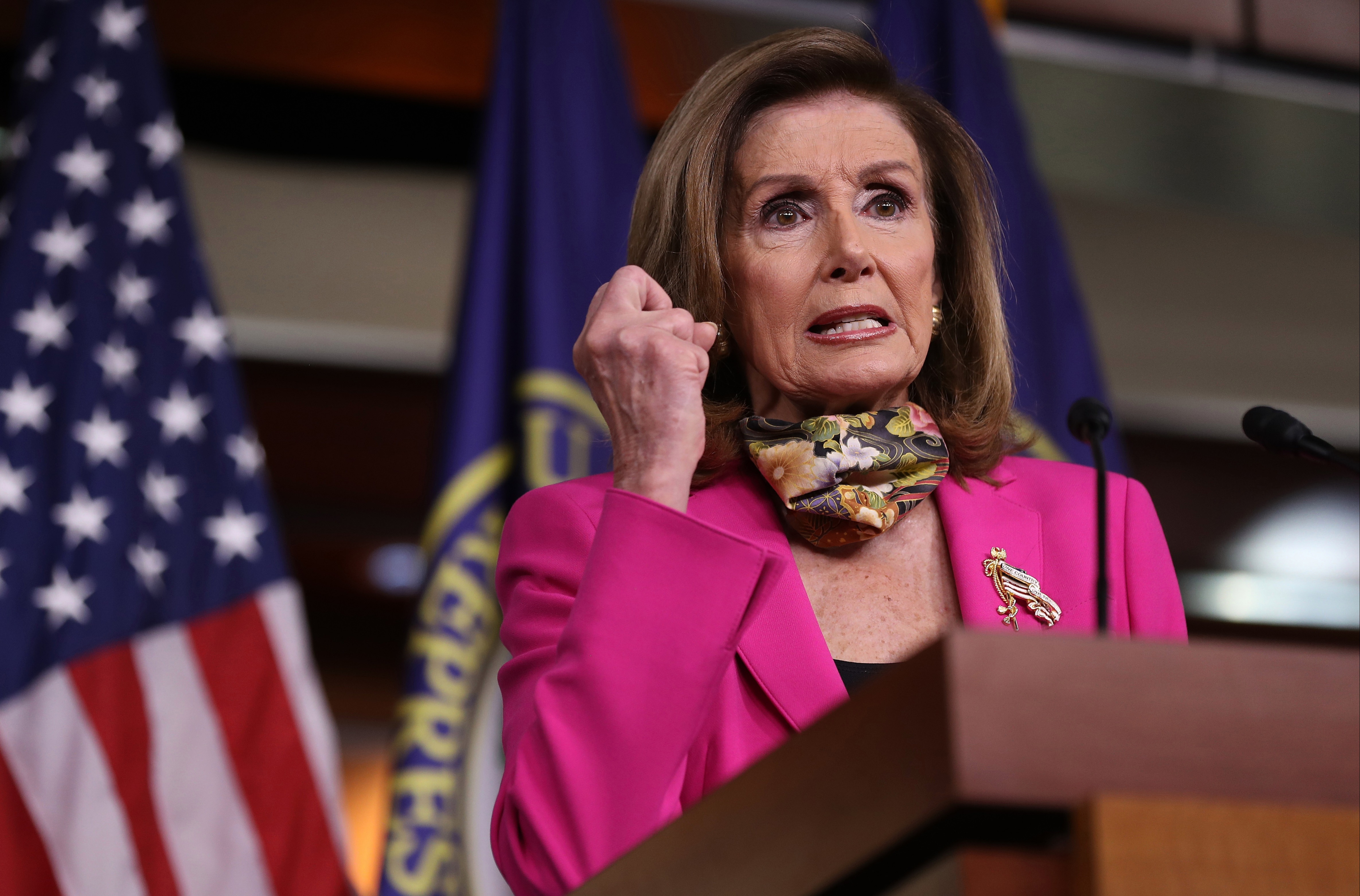 When pressed by Stephanopoulos on "not ruling anything out", she said: "We have arrows in our quiver that I'm not about to discuss right now but the fact is we have a big challenge in our country."

"Crazy Nancy Pelosi wants to Impeach me if I fulfill my Constitutional Obligation to put forth a Nominee for the vacated seat on the United States Supreme Court," he tweeted.

"This would be a FIRST, even crazier than being Impeached for making a PERFECT phone call to Ukrainian Pres."

This is not the first time the president has referreed to Pelosi as "crazy."

Trump called her "crazy as a bed bug" during an interview with Fox & Friends in November 2019.

"But I have to deal with crazy Nancy, she's crazy as a … as a bed bug," Trump said during the interview last year.

"She is nuts. What she's doing – and she's not talented. She's highly overrated. All she's doing is sitting. She's not doing anything for the people."