THIS is the dramatic moment a Swat officer is shot in the face and chest after a stand-off in Los Angeles.

The bloody footage shows the distressing scenes as LAPD officers battled against an armed suspect who was later shot down and killed. 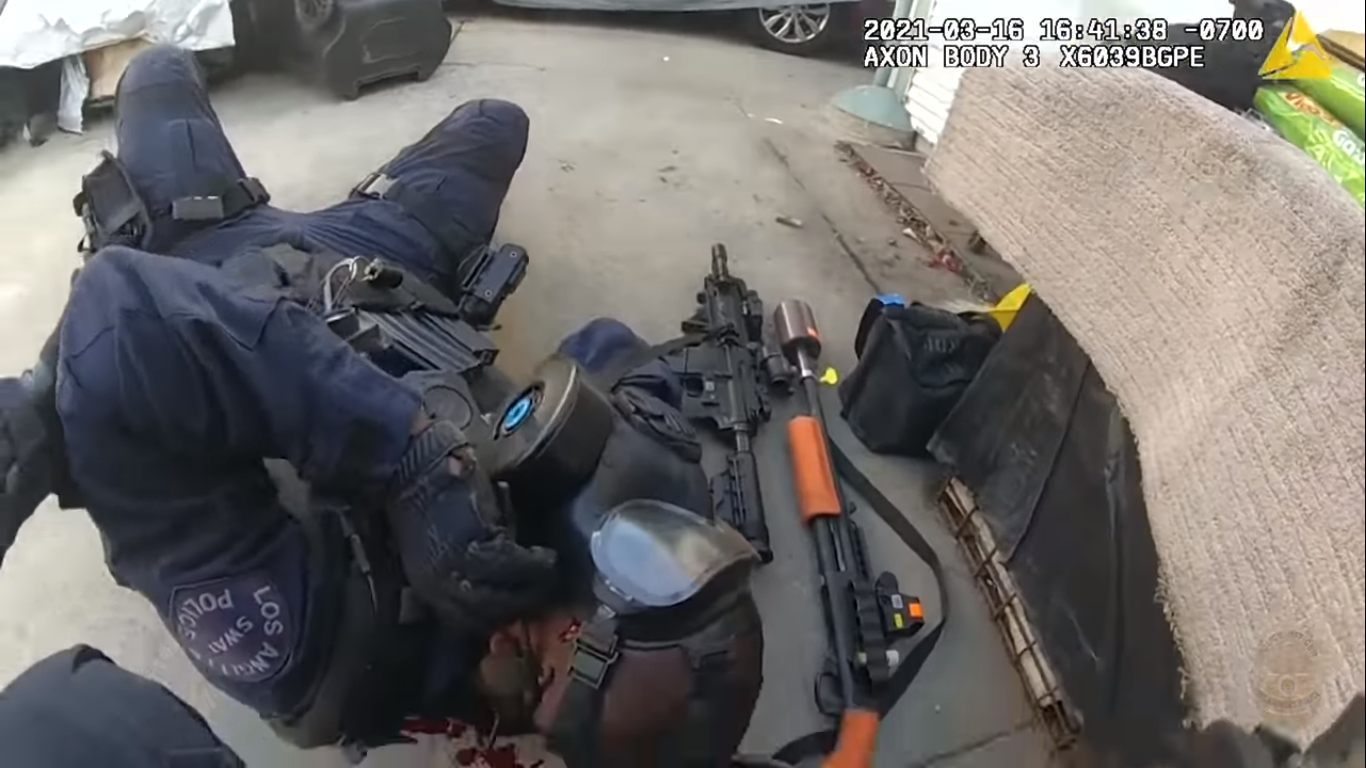 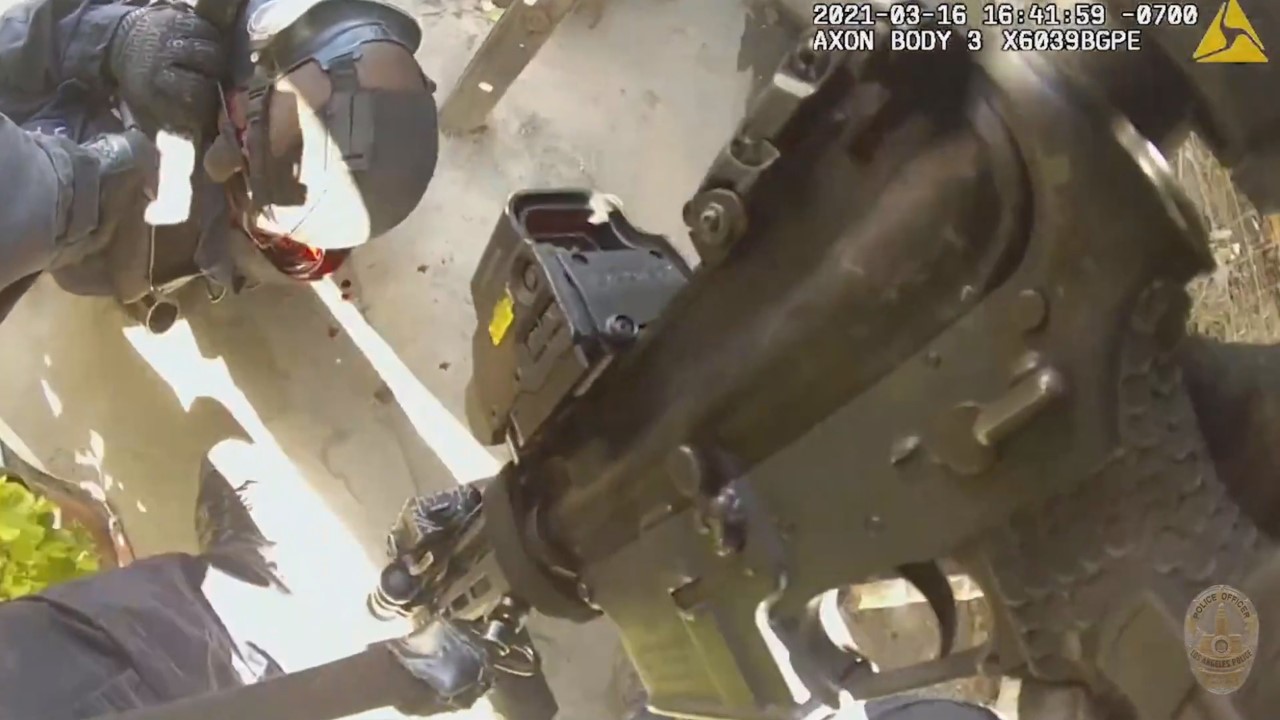 Identified as Jorge Amando Cerda, the perpetrator was armed and was believed to be under the influence of drugs.

As Swat officers responded and tried to negotiate, Cerda barricaded himself inside a home for several hours.

Amongst the harrowing footage a woman, who is believed to be a relative, claimed that Cerda was high on drugs.

She said: "He's so drugged up, we don't want nothing else to happen."

During a phone conversation, an officer is also heard telling Cerda that he hasn’t committed a crime and they just wanted to make sure he was ok.

As the suspect continues to argue and resist their commands to step outside, the Police approach the home dressed in tactical gear where a noise, believed to be a gunshot, is heard.

"I got hit in the vest," one officer says.

As local officers continued to command Cerda to come out of the home with his hands up another shot, believed to be gunfire, is heard.

The same officer who was also struck in the vest, falls to the ground and is seen bleeding near his face. 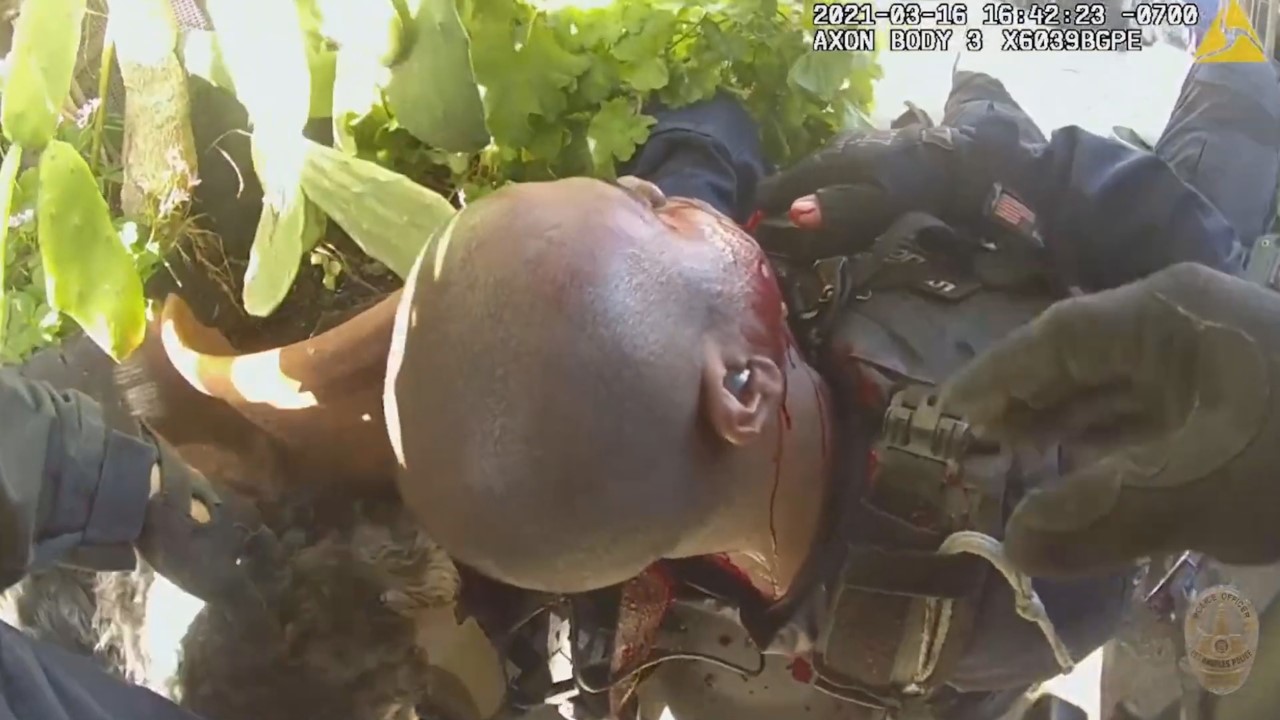 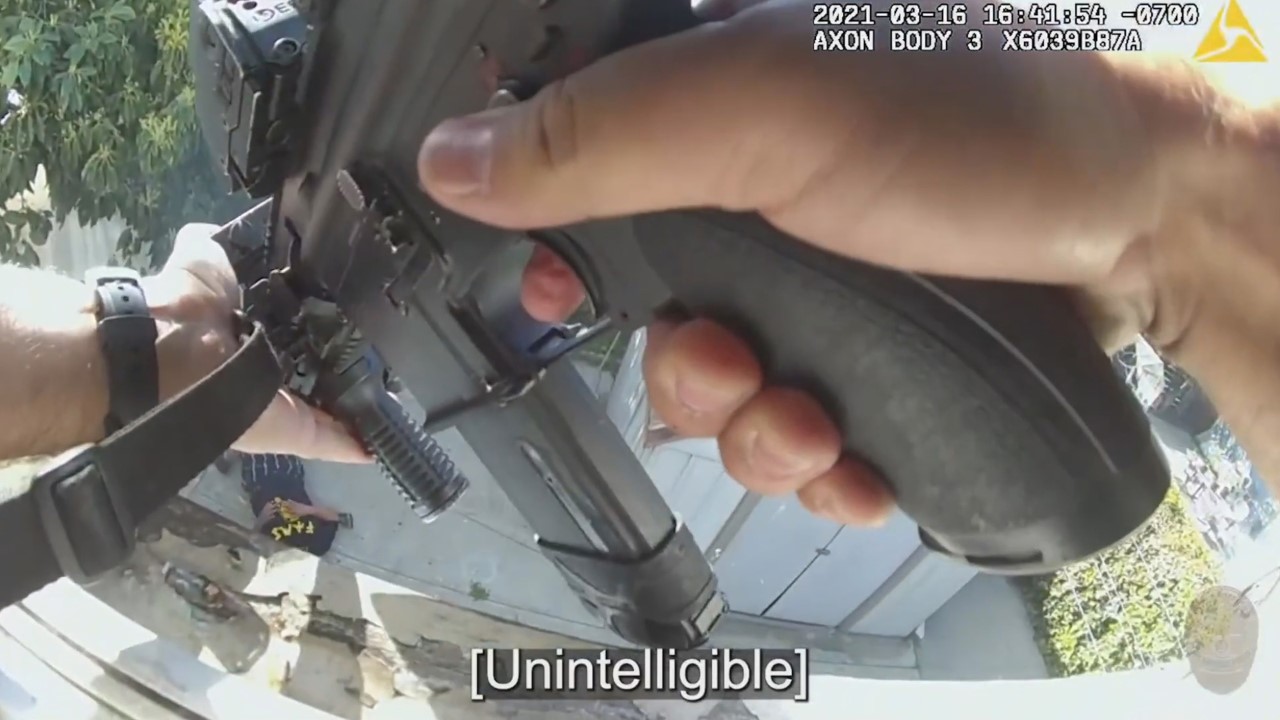 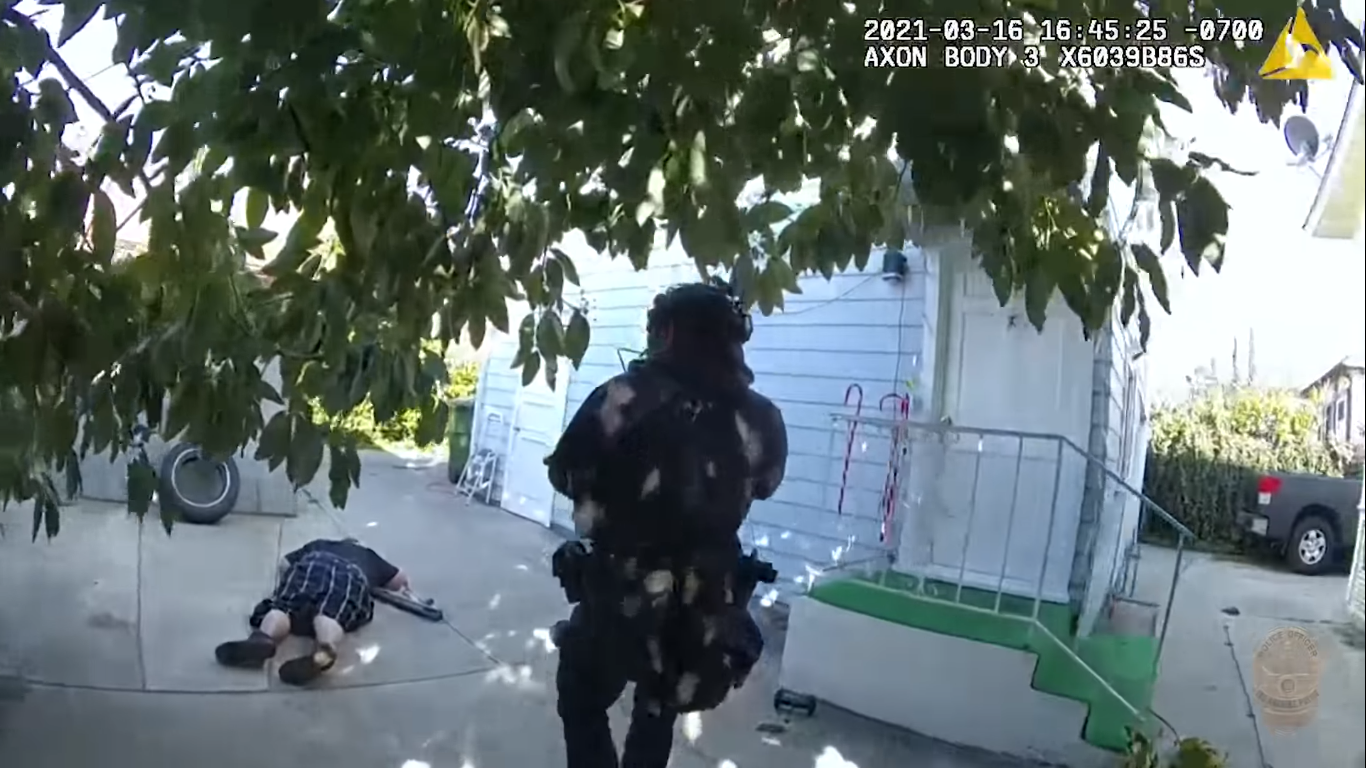 He is seen in the video being dragged away to a safe area by another SWAT team member.

Although wearing body armor, Cerda was eventually hit and died at the scene, where the authorities recovered a shotgun and pistol.

The injured officer, who was hit twice, was taken to a hospital in a stable condition and survived.

An investigation into the incident is ongoing. 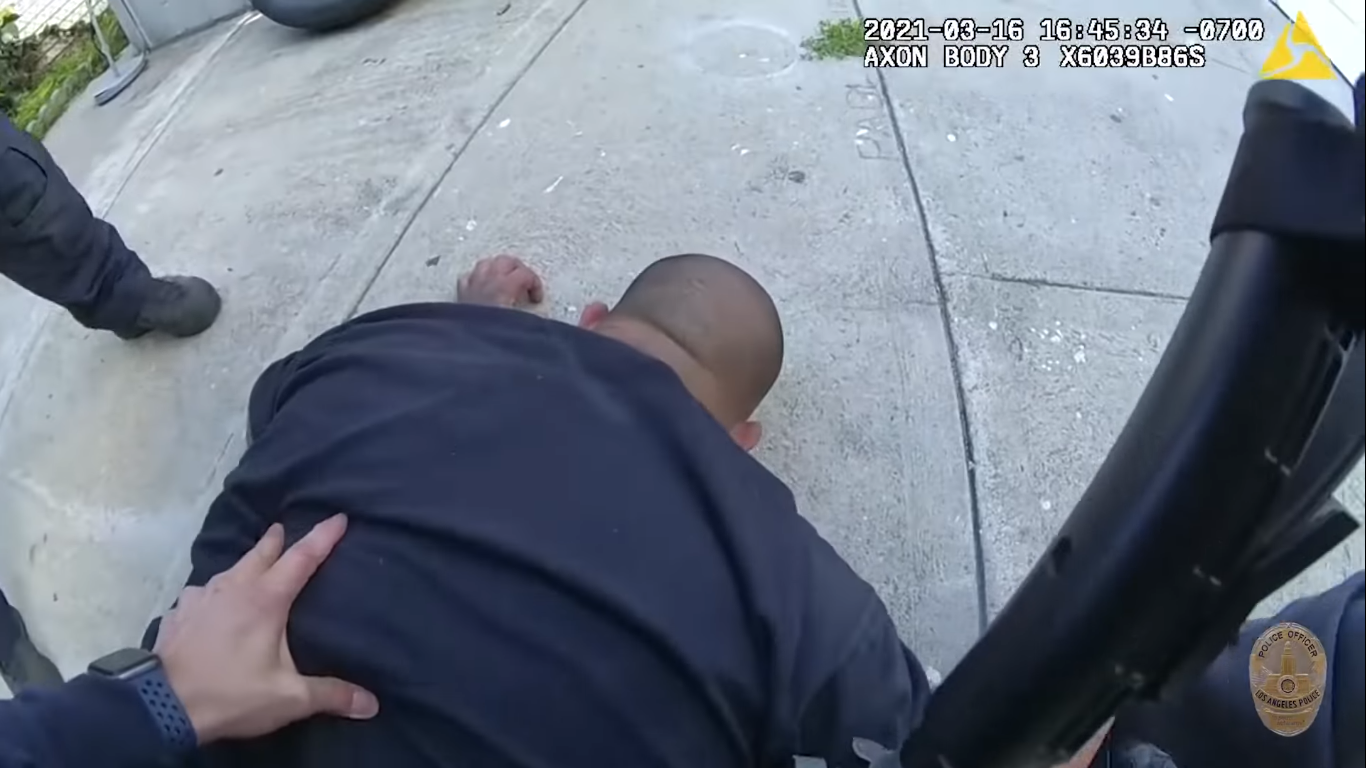