Racist Wetherspoons drinker tells Jewish student, 21, ‘we should have GASSED the lot of you’ in shocking confrontation filmed on victim’s phone

This is the shocking moment a drinker at a pub in Leeds told a student she ‘looks like a Jew’ and said ‘we should have gassed the lot of you’ in a shocking confrontation.

In the video, which was taken yesterday afternoon at a Wetherspoon pub in Leeds, a man can be seen asking the victim if she is a Jew before saying ‘should have f***ing gassed the lot of you’.

The victim – a 21-year-old Leeds University student – says she was left shaking by the encounter and has shared the footage in the hope of identifying those involved. 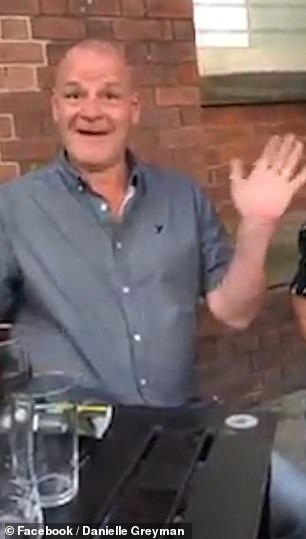 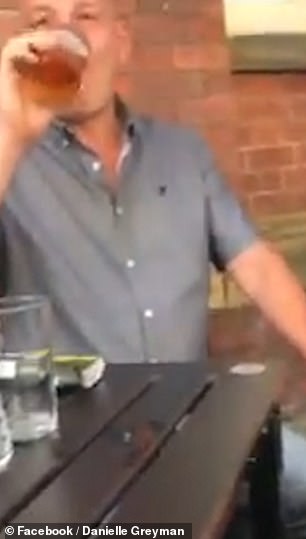 Danielle Greyman, 21, was meeting friends for a drink at the Wetherspoon pub on Woodhouse Lane in Leeds yesterday afternoon when a dispute broke out about social distancing.

Danielle, a Jewish student at Leeds University, said: ‘We got there sat down everything was fine but there were two strangers at our table not socially distancing and refusing to move.’

The 21-year-old, who is in her third year studying sociology, said the man and woman continued to try and make the group of friends move.

She admitted she has a ‘big mouth which can be a problem’ adding: ‘I don’t like it when people are trying to intimidate us.

‘So I started talking about periods because I know it’s the easiest way to make a man feel uncomfortable.’

Danielle says the atmosphere grew more tense when a homeless man came and asked if he could perform magic for the outdoor tables in exchange for money and Danielle offered him £5.

‘The woman started yelling at me and being rude – she was saying I was a fool and that he was going to spend it on heroin.’ 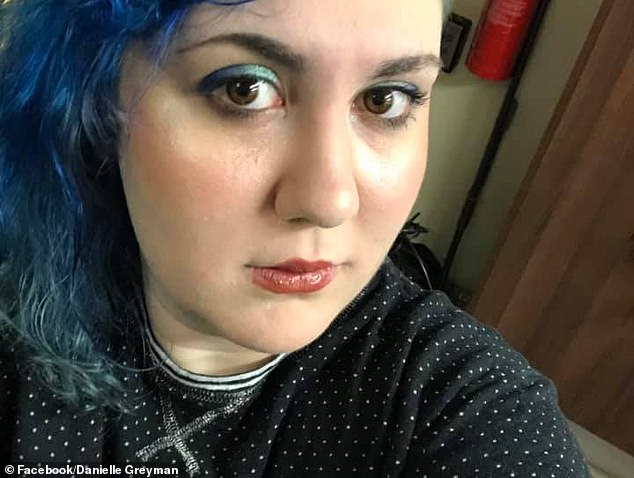 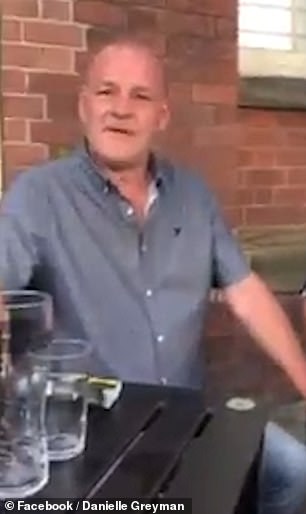 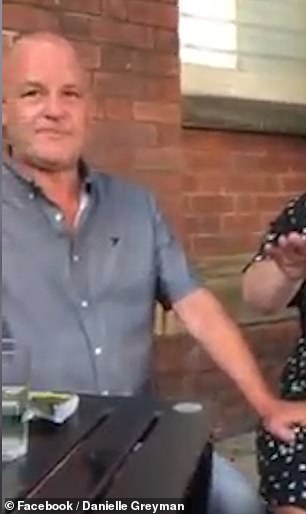 A shocking confrontation was caught on camera when this man identifies himself as German before asking the camerawoman Danielle if she’s Jewish and saying ‘we should have gassed the lot of you’ during a heated exchange in a Wetherspoon pub in Leeds, W. Yorkshire

The row continued to escalate, which Danielle admits she had a hand in, before she used the words ‘mazel tov’ sparking the man to begin questioning whether she was Jewish.

Danielle added: ‘At this point I started filming because I know what comes after that question.’

In the video Danielle can be heard asking if she looks like a Jew to which the man replies ‘You do yeh’ before waving at the camera.

When Danielle questions whether he said he was going to gas the lot of them, he confirms: ‘We shoulda done.’

As the exchange continues, the woman says: ‘We’re not being racist. I’ve said nothing.

‘Get on with your drink and leave us alone.’

One friend of Danielle’s, who is not seen in the video, says to the man: ‘You said something anti-Semitic so she’s filming in case there’s anything else.’

The man replies: ‘What the hell is anti-Semitic?’

Danielle adds: ‘If you want to gas my people, I will take you to court. I’m not joking – i will ruin your whole f***king life.’

The argument then turns back to who should be sitting at the table before another group sitting behind the students joins in.

Speaking to the Mail Online, Danielle added: ‘The table behind us started to get involved and one of the men said he was going to punch me in the mouth – he was quite a big guy. I wasn’t scared but I was shaking.’

It was at this point that the police were called who Danielle says never arrived and the incident was dealt with by Wetherspoons staff.

‘I think I got a bit scared because the people on the table behind us were behaving strangely and it was quite unpredictable but if someone says something anti-Semitic to me, I’m never going to back down.

‘There are people out there who would have been terrified to call them out and challenge it.’

Both West Yorkshire Police and Wetherspoon have been contacted by Mail Online for comment.

Do YOU know the drinker in the video? Get in touch at [email protected]