A DRUG DEALER was allegedly caught carrying cannabis, a phone and £520 in cash while posing as a Just Eat delivery driver.

The 17-year-old was allegedly dropping off an order when police tried to pull him over on Great Eastern Street in East London after midnight on Saturday. 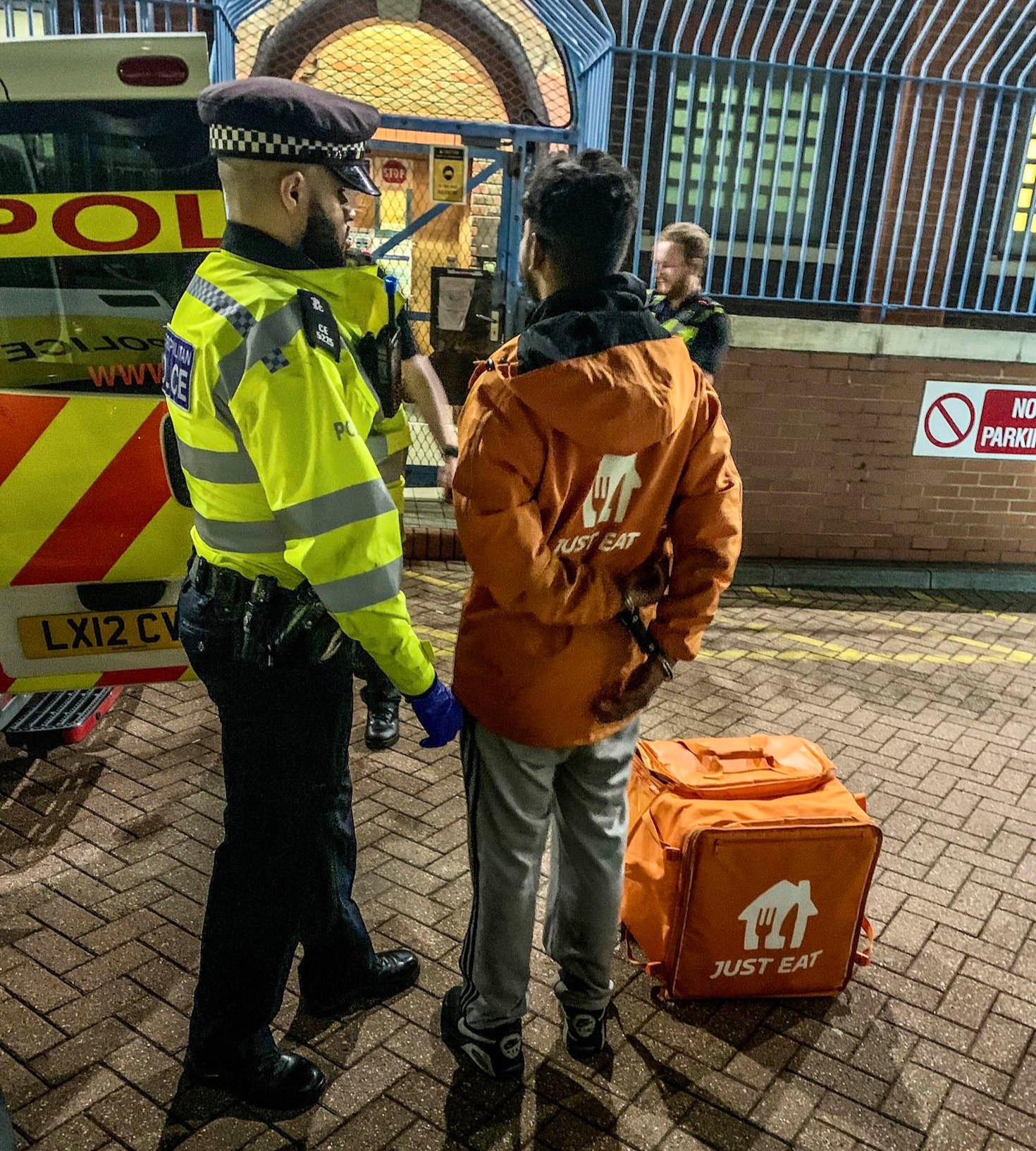 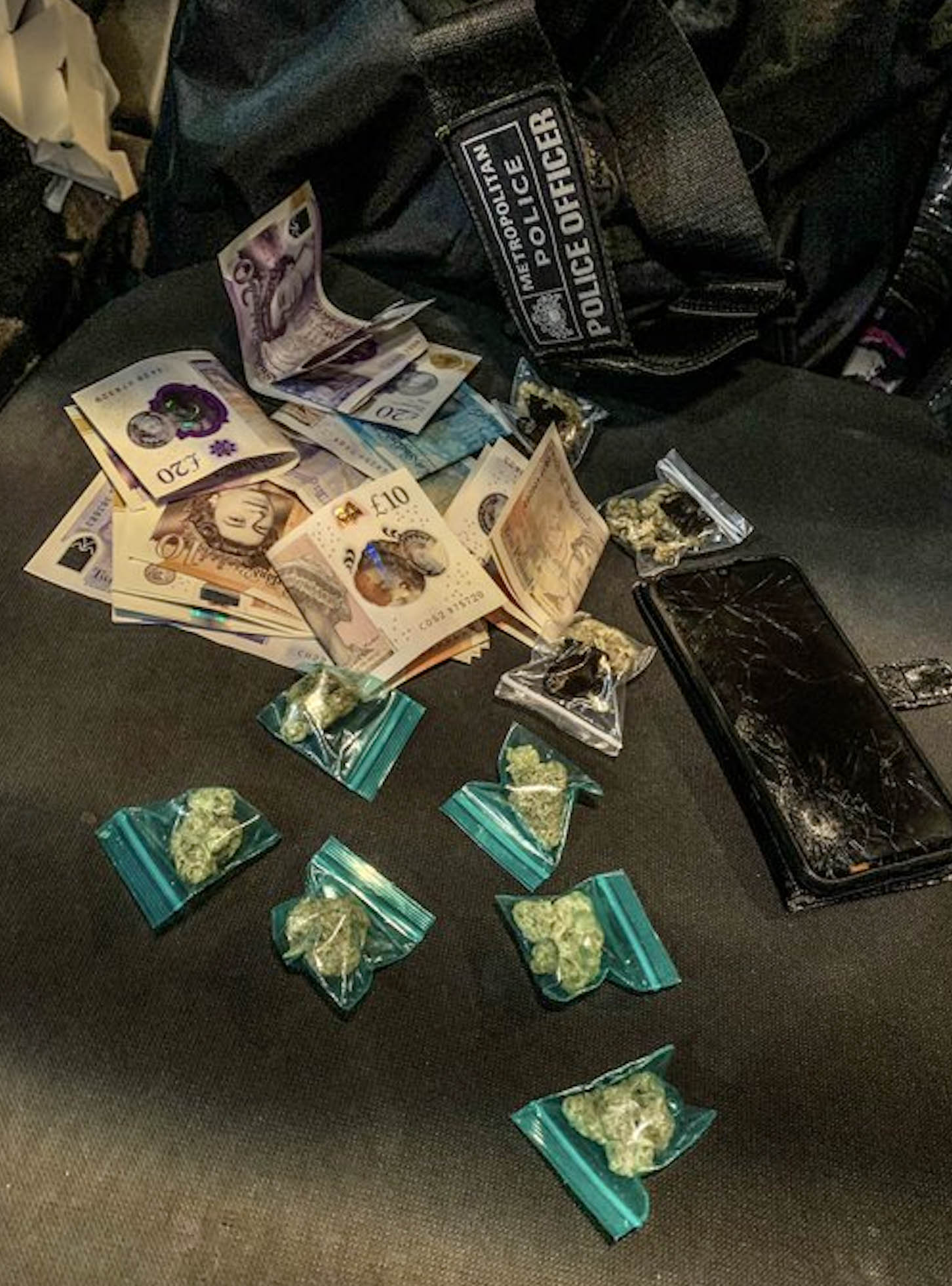 Instead of stopping, the alleged delivery-dealer tried to make off on his pushbike, but was immediately detained by officers who noticed a strong smell of weed around him.

They searched the teenager who was wearing a Just Eat branded jacket and delivery bag.

Small plastic bags containing what is believed to be cannabis, £520 in cash and a mobile phone with information to suggest he was dealing drugs were discovered.

The delivery rider was arrested for possession with intent to supply class B drugs and failing to stop for police.

"He was wearing a jacket and carrying a delivery bag belong to a food delivery service.

"This was an excellent piece of police work with our volunteer officers from the special constabulary stopping this boy after their suspicions were aroused and seizing drugs and cash.

"It's solid work like this that has a real impact on keeping our communities safe.

"Enquiries have confirmed that the boy arrested does not work for a food delivery service and we believe he was using this as a front to organise drug deals."

The sting comes as a worrying trend has seen hundreds of Deliveroo and Just Eat jackets and bags sold on Ebay.

A search carried out by The Sun revealed brand new Just Eat carrier bags are being sold with starting prices as low as £13.

Meanwhile a full kit of Deliveroo gear, including a thermal bag, tshirt, jacket, gloves and jumper are available in a range of sizes for £40.

They said police in the UK, Ireland, Malaysia and Spain had been identifying delivery drivers transporting drugs such as cocaine, marijuana, ketamine and ecstasy.

A Just Eat spokesman told MailOnline: “We have a zero tolerance approach to any criminal activity and will always work closely with the police and authorities to tackle crime.”