Who says crime doesn’t pay? Drugs boss serving 15 years and his county lines gang are told to pay back just £60,000 of the £2.4MILLION they made selling cocaine and heroin

A crime boss and his county-lines drugs gang have been told to pay back just £60,000 after making £2.4million selling drugs through a major underworld syndicate.

Kingpin Carl Hannan, a 36-year-old from Teesside, headed up the cross-country drug trafficking network that sprawled from the North East to the North West of England, designed to flood streets with heroin and cocaine.

Hannan, along with six of his associates, was found guilty of conspiring to supply Class A drugs between December 2015 and October 2016, following a six-week trial at Teesside Crown Court which ended in May 2018.

He is currently serving a 15-and-a-half-year sentence for drug dealing and money laundering. Today he and members of his gang were ordered to pay back just a fraction of their ill-gotten gains. 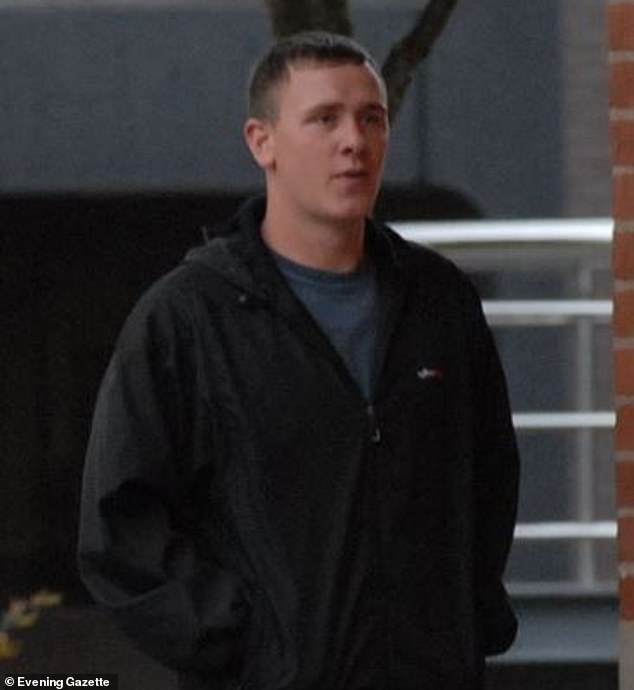 Convicted criminal Carl Hannan, 36, has been ordered to pay back £30,000 to the state – despite his cross-country gang making £2.4million through selling drugs 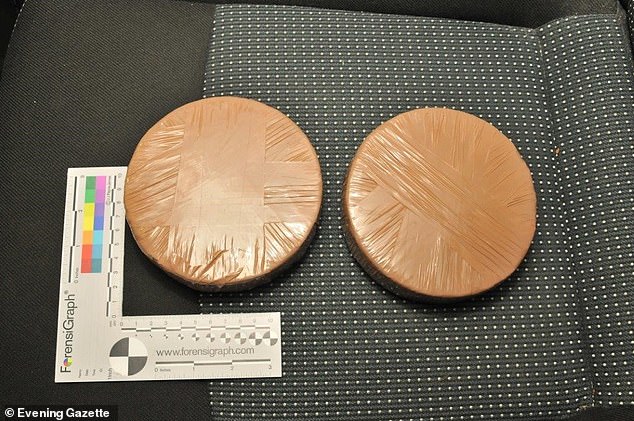 Hannan was ordered to hand over the largest amount, more than £30,000 from his criminal gains. While other conspirators, one of whom had a criminal ‘benefit’ of more than £1.5m, were ordered to pay varying amounts from £1 to £20,000.

Judge Howard Crowson ordered Hannan to pay that sum or risk another year in prison.

Hannan, was one of 14 men jailed for a total of more than 80 years for the cross-country drugs plot. He branded the sentence ‘a f****** joke’ from the dock.

Hannan was accused of being the head of the Teesside gang ‘at the very heart of this conspiracy’.

Criminal gangs in Teesside, Newcastle and Liverpool – all headed by convicted dealers – worked together to deal drugs, some hiding their trade behind legitimate business.

The gang used cheap, throwaway ‘dirty phones’ or ‘graft phones’ in the illicit business, changing them regularly to frustrate police.

Officers smashed a 2016 plot and seized 3.5kg of heroin, 135g of cocaine, 3kg of cutting agents and ‘dealer lists’ referring to over £2million worth of sales. 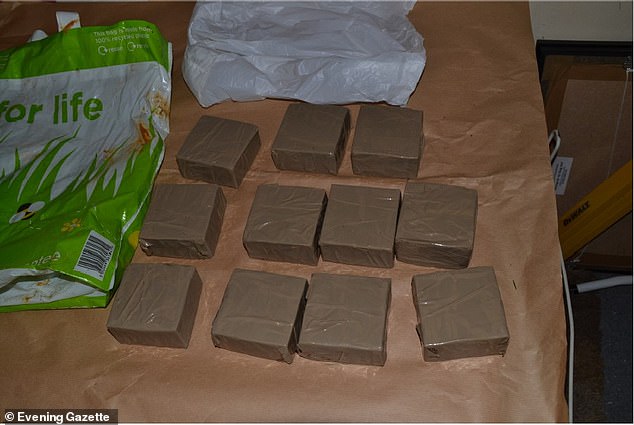 Hannan used 11 phone numbers as others helped him traffic heroin and cocaine in the North-East, said prosecutor Andrew Haslam QC.

He later stood a second, separate trial accused of money laundering, and was convicted by a jury of converting criminal property.

In that trial, he denied drug dealing and told the jury he dealt only in cars, dogs, metal and other items, saying: ‘I’ve never been a drug dealer.’

But despite his claims Judge Peter Armstrong gave Hannan a four-year jail term for the money laundering, concurrent to the longer drugs sentence.

He told Hannan: ‘The money laundering was part and parcel of your involvement in the drugs conspiracy.

‘It involves you using money clearly from drugs to fund a lifestyle which you would otherwise not have been able to afford.’

This included the value of drugs, £73,250, and £45,710 from ‘property held and expenditure incurred’ such as his wedding, a holiday, a BMW car, a strip of land in Middlesbrough, and cash in a bank account.

The available amount includes more than £16,000 from half the equity in his matrimonial home, which he did not own.

The Crown said despite the fact he did not hold the title, Mr Hannan had a 50 per cent interest in the property.

Prosecutor James Lake said: ‘If he doesn’t pay it then one way in which the Crown can get the money is to force the sale of the matrimonial home.’

Judge Crowson said Hannan was convicted of drug trafficking on a large scale and he contributed to the household, even if he did not pay the mortgage.

He said of the home’s value: ‘I’m going to order that he pays some of the money. Whether it means the sale of the home or not is another matter.

‘If that money doesn’t come, then there are ways of getting other people to step in if they need to, to raise the money.’

He told Hannan, of Caithness Road, Normanby: ‘If it needs to be sold and you won’t sell it, someone else can make it be sold, I’m afraid.’

He said: ‘This order shows that he has got assets left from drug dealing.

‘The court has found that he’s got a 50 per cent share (in the home), regardless of who owns the property.’ 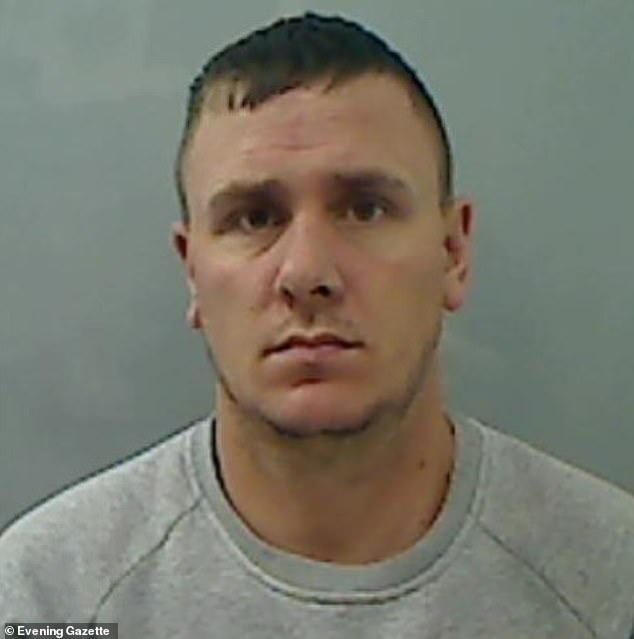 Hannan is currently serving a 15-and-a-half-year sentence for drug dealing and money laundering. He made almost £150,000 from crime but fears he could lose his home and BMW

The gang were all given confiscation orders under the Proceeds of Crime Act, which is designed to strip criminals of ill-gotten cash and assets.

In the other Proceeds of Crime Act cases, some defendants had little or nothing to show for their criminal activity.

All were ordered to pay the amount they had available – nominal orders of £1 in two cases – and the authorities can pursue more of the criminal benefits later if they learn the men have come into money or assets.

The others who were jailed and ordered to pay money under confiscation orders were:

Eric Barry Challinor-Rankin, 31, from Liverpool was told to pay just £25/

The Crown Prosecution Service and the North-east Regional Special Operations Unit (NERSOU) prepared the case while the RART worked on the proceeds of crime order.