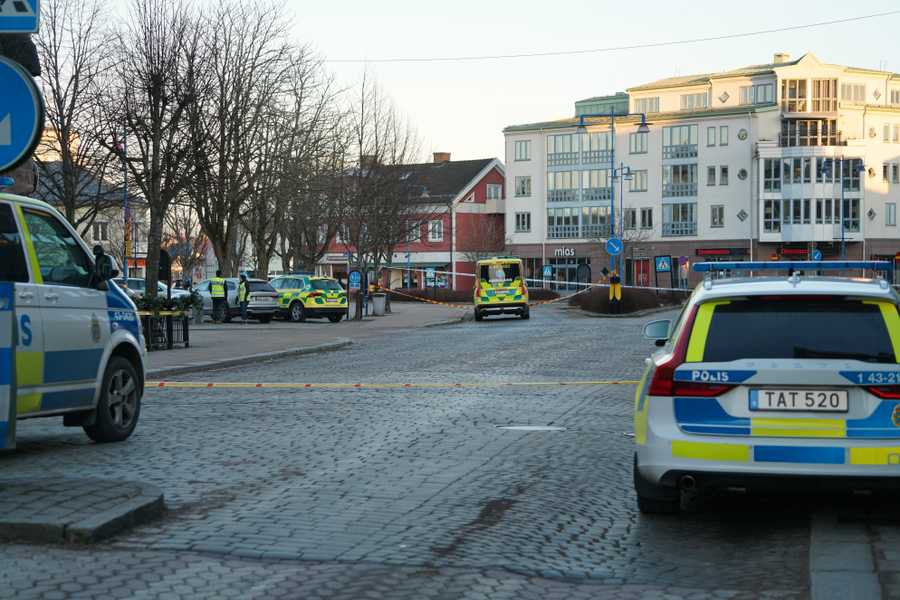 Eight people have been stabbed in a suspected terror attack in Vetlanda, Sweden, police have said.

The details of the victims’ injuries are not yet known, and no deaths have been reported. A man, in his 20s, was shot in the leg by police officers and has since been arrested.

He was taken to hospital, where he is now being guarded by police as he receives treatment.

Emergency services first began receiving calls from the area, near Bangårdsgatan, at 2.54pm this afternoon. Initially, officers opened an investigation into attempted murder.

They then later updated their statement to say they believed the attack to be terror-related. A press conference about the incident will be held this evening.

Minister of the Interior Mikael Damberg said this evening: ‘Several people are seriously injured. These are terrible events and my thoughts go to the victims and their relatives.

‘Right now it is unclear exactly what happened and what the motive was. The police have arrested a suspected perpetrator and have initiated a special incident to handle the development of the incident and create security in Vetlanda.’

The local train station has been closed and police have asked members of the public to respect roadblocks in place across Vetlanda as they deal with the incident.