A badly emaciated baby is fighting for her life after being found inside her mother’s wardrobe in Russia.

The child named Katya was born in April and had been living off water and random scraps of food given by her elder brother, say Russian media reported.

The girl from Karpinsk was airlifted 270 miles by helicopter to a hospital in the regional capital Yekaterinburg where she is now in intensive care.

Her mother Yulia ‘hoped that the baby would pass away from starvation’, reported online news outlet Krasnoturyinsk Live, which revealed the horrifying incident. 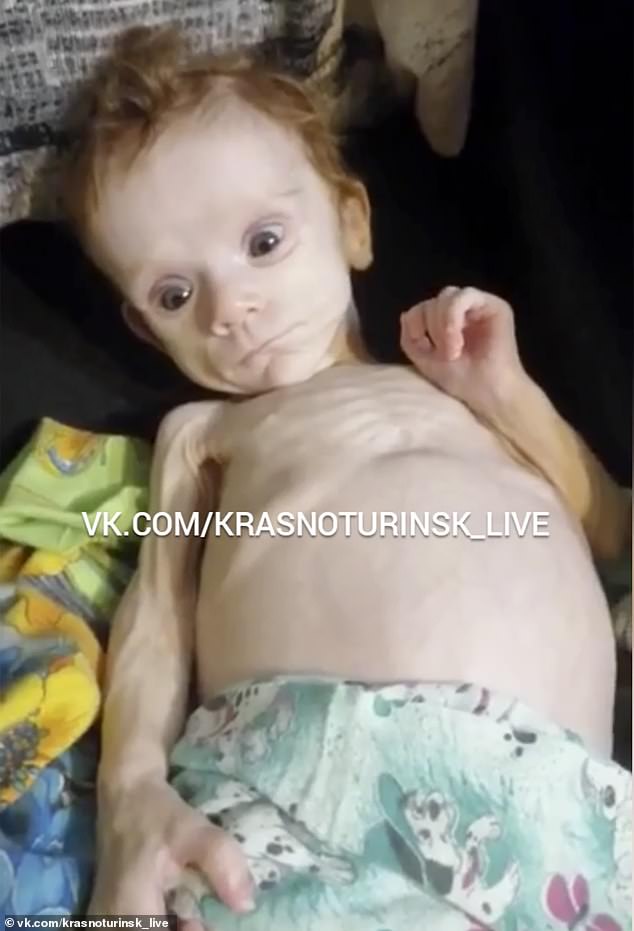 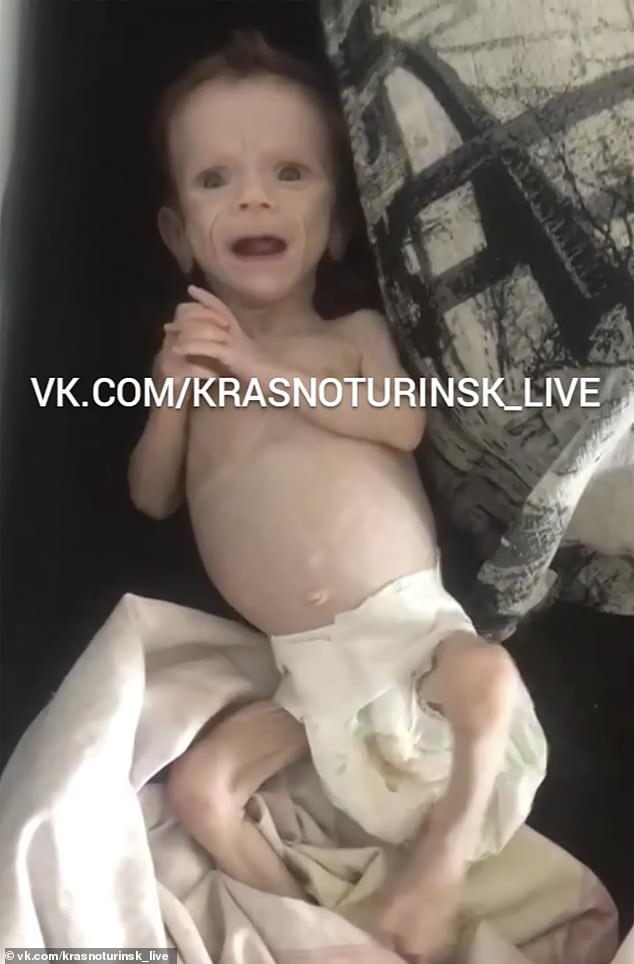 A party guest heard what sounded like a child crying before discovering the baby in a duffel bag in a cupboard. Friends had no idea the mother had given birth again and there was no sign of baby food, clothes or any other signs of a new baby in the house

The mother has been detained and a criminal case opened by the Russian Investigative Committee into ‘torturing’ the child, an offence that can lead to up to seven years in jail if convicted.

The baby girl was found by a friend of the 37-year-old mother who ‘heard a muted cry’ during a birthday party.

The mother had kept the birth of her third child secret, according to the report, and had put the baby girl in a duffle bag inside a wardrobe in an empty room in her flat. 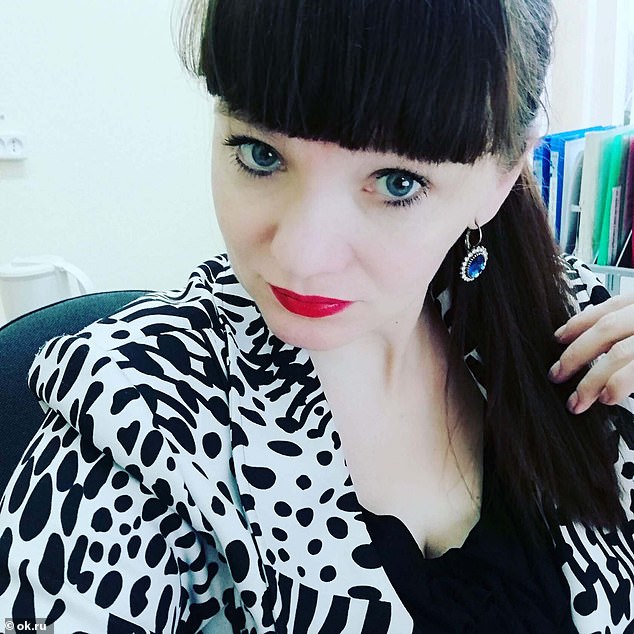 The child’s mother Yulia, 37, had two children with her ex-husband. Her six-months-old baby is reported to be the result of an affair she had with a married man following the breakdown of her own marriage

Sverdlovsk regional police spokesman Valery Gorelykh said: ‘It is hard to believe in this horrendous story

‘But however difficult it is to say this, it is true.’

Officers ‘went to check out the flat after receiving information about this case,’ he said.

‘They found the starving baby and organised her urgent transportation to hospital where doctors are fighting for her life.’

The child was suffering from severe malnutrition.

The baby was heard by a friend attending the 13th birthday party for Yulia’s son, who had been secretly feeding his little sister. 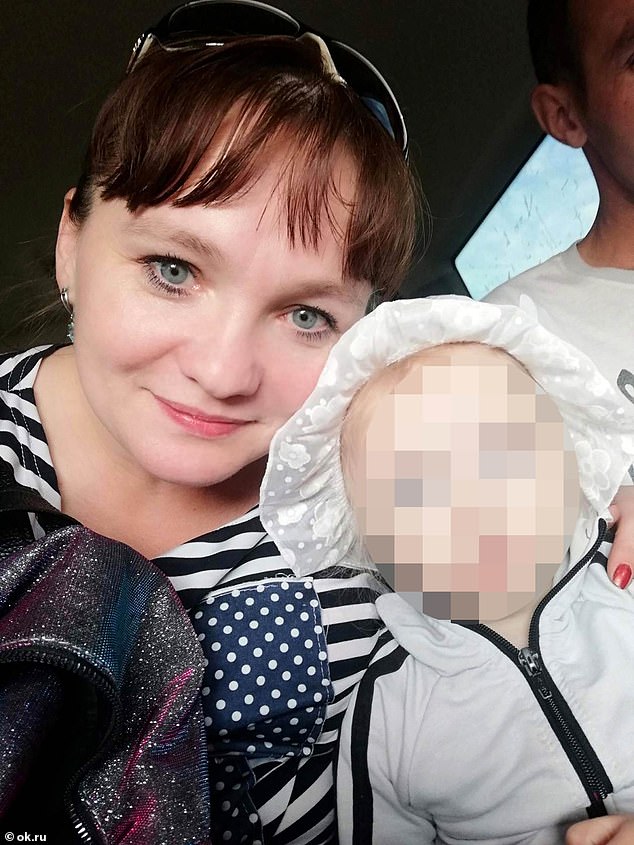 Yulia, seen above with her eldest daughter, 3, was alleged by a source familiar with the case to have wanted to kill her younger daughter Katya

‘She wanted to kill the baby but in the end didn’t have enough heart for it,’ alleged a source familiar with the case.

‘She thought that perhaps the baby would die from starvation.

‘She was found by accident. 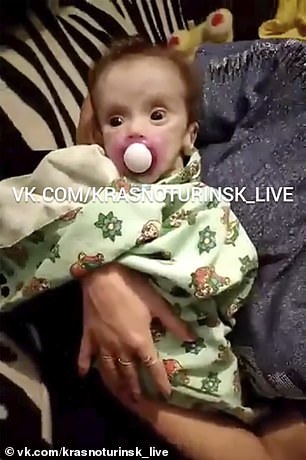 ‘The mother was having a birthday drink with a friend, who asked why one of the rooms in her flat was always shut.’

Yulia said it was used for storage.

‘A young woman who was there for the party heard a very weak, muted cry, and asked the mother about it.

‘I think it’s just a doll there, it just cries by itself’, the mother answered.

‘One of friends who went for a cigarette in the middle of the party decided to check that room after hearing the cry.

‘She opened the wardrobe, looked in the bag and found the baby.’

A family friend: ‘People who know Yulia struggle to believe that she did it.

‘Her son knew about the baby, but as I understand it she threatened him not to say a word about it.

‘The boy was feeding the baby from time to time.’

The baby girl was born from an affair Yulia had with a married man, following a split with her husband, it was reported.

The mother had not sought medical help before or after the birth, say police.

No baby food or clothes were found in the flat. Nor was there a cot.

Following her arrest, the mother is detained and undergoing examination in a psychiatric clinic, said law enforcement.