EU poised to agree extension on fish AND sausages

The EU is poised to agree an extension on both fish and sausages after officials today edged towards a breakthrough in two of the thorniest post-Brexit issues.

In one significant development, Jersey announced it was giving French trawlers another three months to fish in its waters without meeting conditions for the new Brexit permit.

A dispute over the fishing licences flared earlier this year, with both France and Britain sending patrol vessels off the shores of the Channel Island after a flotilla of French fishing boats sailed to the island in protest.

An interim accord had been due to expire on June 30 as part of the UK’s deal with the EU, after which French vessels would be required to prove the ‘extent and nature’ of past fishing activity for access to be granted.

But many French fishermen say their small boats do not carry the electronic equipment to do this.

Therefore today, Jersey said 177 such vessels would be able to keep fishing off its shores while negotiations continued. 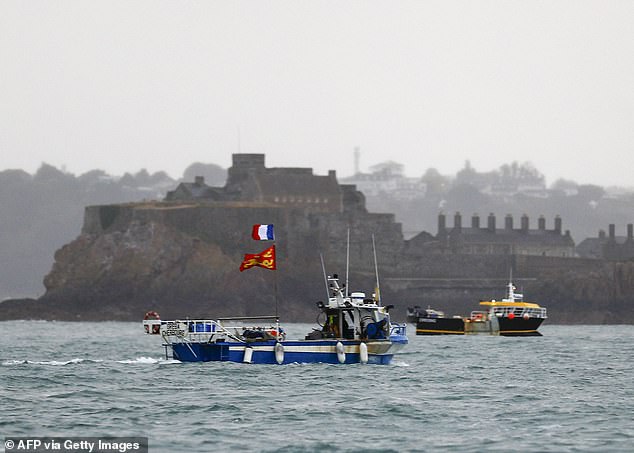 ‘We are offering this extension to the amnesty period to allow the continuation of discussions,’ Ian Gorst, Jersey’s Minister for External Relations, said in a statement.

The amnesty means that until the end of September there will be a suspension on stating the number of days previously fished in Jersey waters and the type of gear used as conditions for access.

‘We will continue to defend our fishermen, their interests, the future of (French) fishing.’

European Commission vice president Maros Sefcovic signalled that the bloc would respond favourably to a UK request to extend an exemption period on the prohibition on chilled meats for a further three months.

Mr Sefcovic said an ‘obvious’ way to remove new Irish Sea trade checks and restrictions on a longer term basis would be for the UK to strike a deal on animal and plant standards that would see London align with Brussels agri-food regulations.

The UK has asked for an extension to the chilled meats grace period, which is due to expire on Wednesday night, to provide further space to find a way to avoid a ban on such produce entering Northern Ireland from the rest of the UK. 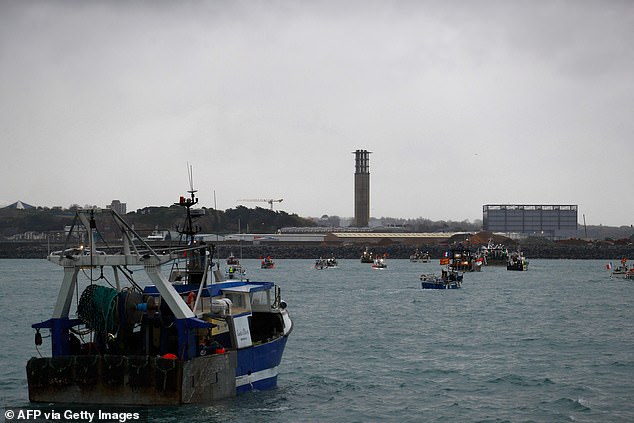 The prohibition on chilled meats is one element of Brexit’s contentious Northern Ireland Protocol, which has created a series of economic barriers on Irish Sea trade.

Mr Sefcovic appeared before a special sitting of a Northern Ireland Assembly committee on Monday to field questions on the Protocol.

He took the opportunity to update MLAs on the EU’s position on the chilled meats issue.

‘While I cannot today announce the EU’s formal agreement to the UK Government’s request (for an extension), after all the internal contacts I have had I remain confident that we can find a solution within the next 48 hours that will address both sides’ needs and concerns,’ he said.

Northern Ireland’s deputy First Minister Michelle O’Neill, speaking in the Stormont Assembly later, welcomed the prospect of an extension but stressed a long-term solution was needed.

‘There is an indication in terms of the extension for the chilled meats that it is expected there is going to be a positive response,’ she said.

‘That is good, we should bank that, but what we need are longer term solutions and I hope that we can find those solutions in the period ahead.’

Downing Street said talks were continuing with the EU about an extension to the grace period. 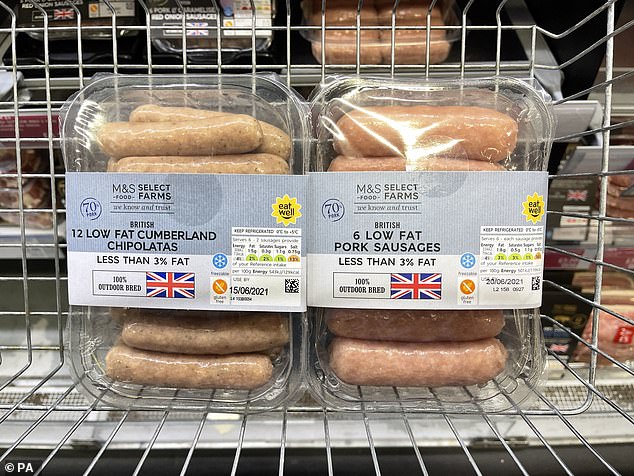 ‘We have asked for a three-month extension to allow movements to continue while we seek a permanent solution,’ the Prime Minister’s official spokesman said.

Addressing members of the Executive Office committee, Mr Sefcovic said the EU was prepared to consider ‘bold steps’ to reduce all the checks required under the Protocol to an ‘absolute minimum’.

He said the EU was willing to accommodate permanent flexibilities but said the UK had to reciprocate by demonstrating a commitment to the ‘full and faithful’ implementation of the arrangements.

The Protocol, which was agreed by the EU and UK as a way to keep the land border on the island of Ireland free-flowing, has created a series of new checks and restrictions on goods moving from Great Britain into Northern Ireland.

Technical talks are ongoing between London and Brussels to try to hammer out ways to reduce the burden of red tape.

The UK/EU exchanges are playing out as tensions among Northern Ireland loyalists mount over the arrangements they claim have driven a constitutional wedge between the region and the rest of the UK.

There are concerns that loyalist anger could boil over during Northern Ireland’s sensitive loyal order parading season during the summer.

The exchanges at the 90-minute Assembly committee session encapsulated the differing perspectives that exist in Northern Ireland. 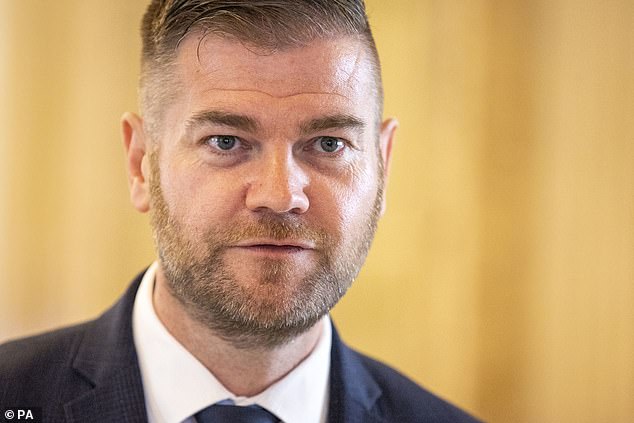 Unionist members accused Mr Sefcovic of not listening to their concerns and demanded the immediate scrapping of the Protocol, while other MLAs highlighted the potential benefits provided by arrangements that give traders in Northern Ireland unfettered access to both the UK and EU markets.

Mr Sefcovic told MLAs there was a need to ‘de-dramatise’ the rhetoric around the Protocol.

‘We are willing to consider taking bold steps if the UK Government demonstrates a clear and concrete commitment to implementing the Protocol in full,’ he said.

Mr Sefcovic said the Protocol emerged from the long Brexit withdrawal negotiations as the ‘only possible solution’ to keep the Irish land border free-flowing.

The senior European official said since then there had been no viable alternative put forward.

‘Nobody has yet suggested a better workable alternative,’ he said.

‘The Protocol needs to be fully and correctly implemented, and at the same time our approach has been, and still is, solution-oriented, constructive and flexible.

‘The Protocol is a unique solution that the EU has never offered before. We are outsourcing the control of part of our border to a third country.

‘The EU has demonstrated the pragmatism we are occasionally and wrongly accused of lacking. We have spared no efforts in trying to mitigate problems that have arisen in the implementation of the Protocol and have explored and put on the table practical and permanent solutions.’

Mr Sefcovic said a Swiss-style deal on agri-food shipments from Great Britain to Northern Ireland would do away with the ‘vast majority’ of new checks.

The agreement the EU has with Switzerland avoids animal and plant health checks because the Swiss align their own regulations with the bloc’s.

When the EU changes its rules, the Swiss change theirs to ensure continued alignment.

He said a New Zealand-style deal would not do away with as many checks. The EU and New Zealand agreement involves both parties mutually recognising that the other has high food safety standards.

This reduces the proportion of checks required but allows New Zealand to continue to set its own SPS regulations.