Stock markets climbed across Europe on Monday as the first signs started emerging  that the coronavirus pandemic was slackening its deadly hold on the continent.

It comes after lockdown measures put in place across much of the continent began bearing fruit, with Spain, Italy, France and Germany reporting falling death and infection rates at the weekend. 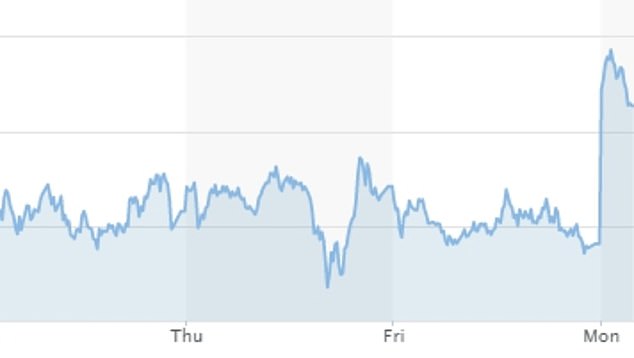 European stock markets opened sharply up on Monday, with the pan-European STOXX 600 index showing early gains of 3 per cent – reflecting similar rises across the continent 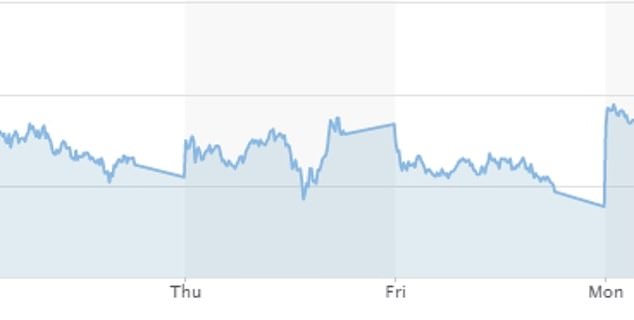 Authorities in Rome have begun discussing ways to relax a lockdown which began on May 10, which will help restart the stalled economy.

‘The curve has started its descent and the number of deaths has started to drop,’ said top Italian health official Silvio Brusaferro, adding the next phase could be a gradual easing of a strict month-long lockdown.

In Spain, nurse Empar Loren said: ‘The situation is more stable. The number of patients in intensive care is not growing much anymore, and we are starting to discharge quite a few.’

Meanwhile the British government has warned that the worst of the virus is yet to come with an expected peak on Easter Sunday, but there are hopes that it will decline afterwards because of lockdown measures put in place like Italy and Spain.

Europe has been hit harder by coronavirus than any other world region so far during the pandemic, with hundreds of thousands of cases and a majority of global deaths.

But markets were bouyed by signs that the worst of the infection might have passed.

The FTSE’s jump was helped by Rolls Royce soaring after the company became the latest multinational firm to raise cash to weather an economic slump.

The British aero-engine maker jumped 15.4% after losing more than half its value this year, as it secured an extra 1.5 billion pounds ($1.8 billion) in reserves, even though it suspended its dividend for the first time since 1987. 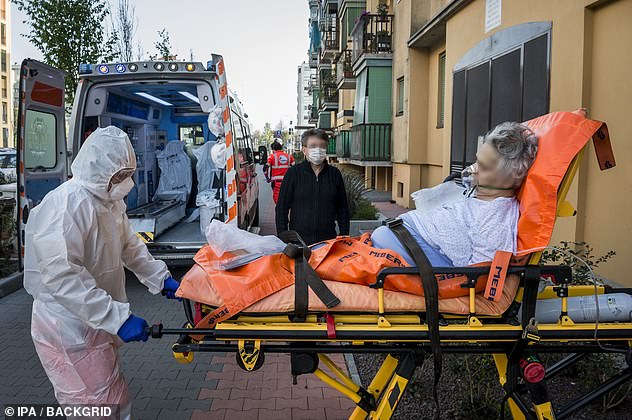 Italy has reported consistently falling death and infection rates, as the country moves to ‘phase two’ of the pandemic which includes a more relaxed lockdown and more testing 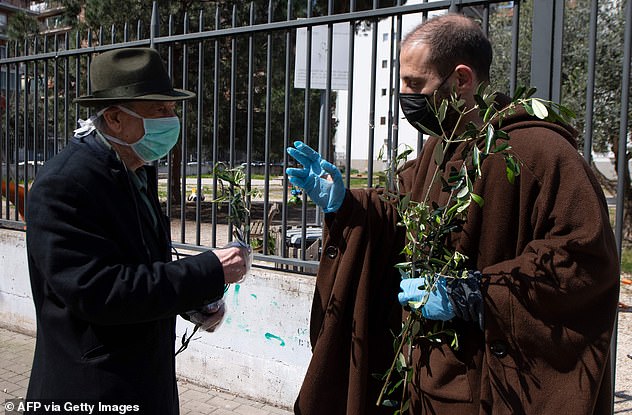 Europe has been the region hardest hit by coronavirus so far, accounting for a majority of global deaths and with hundreds of thousands of cases 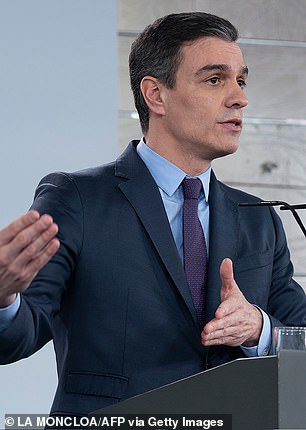 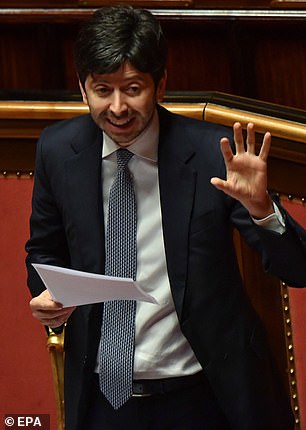 The benchmark STOXX 600 index was up 2.7%, after ending Friday with its sixth weekly decline in seven as the health crisis stalled business activity, raising the threat of mass layoffs and corporate defaults.

‘Signs of a slowdown in the epidemic in Europe have certainly been more stable, although we still have a very high number of cases,’ said Simona Gambarini, markets economist at Capital Economics.

‘It’s still early to say whether this is really a turning point because there might be a sense that there has been a slowdown, but then there is a flare up later on.’

The STOXX 600 index has lost more than $3 trillion in market value since February on fears of a global recession as entire sectors teetered on the brink of collapse, prompting companies to suspend dividends and share buybacks to shore up cash.

Norwegian Air fell 5.2% after saying its passenger volume plunged 60% year-on-year in March as a virtual halt in business and holiday travel forced airlines to ground their fleet.

Analysts now expect a European earnings recession to deepen this year despite extraordinary fiscal and monetary stimulus globally, as lockdowns remain in place to curb the spread of the coronavirus.

‘To successfully re-open economies without fear of subsequent mini shutdowns, we will need the antibody test rolled out so that a certain part of the population can work through regardless of the state of the viral spread,’ said Jim Reid, strategist at Deutsche Bank.

‘That will be the real breakthrough until we get a vaccine.’

Gains for UK’s FTSE 100 were capped by reports that British Prime Minister Boris Johnson was in the hospital due to persistent coronavirus symptoms, 10 days after testing positive.

Peugeot-owner PSA jumped 6.7% after announcing a further 3 billion euros ($3.3 billion) worth of loans on top of existing reserves of the same amount.

Finnish department store owner Stockmann plunged 32.5% after saying it had decided to file for a corporate restructuring due to the drop in customer volumes caused by the coronavirus outbreak.