A high-flying sales executive who sealed lucrative eight-figure deals has won a sex discrimination claim after she was ‘pushed aside for an old boys network’.

Nadine Lee’s male bosses ‘went behind her back’ by stripping her of her multi-million pound accounts and giving them to new salesmen without her consent, a tribunal heard.

Ms Lee, a sales manager at a Silicon Valley tech company’s London office, was so successful in her job she took home a staggering £750,000 one year through commission.

The executive was regularly lauded for negotiating huge deals with high-profile clients including global banks and won ‘prestigious’ sales awards. 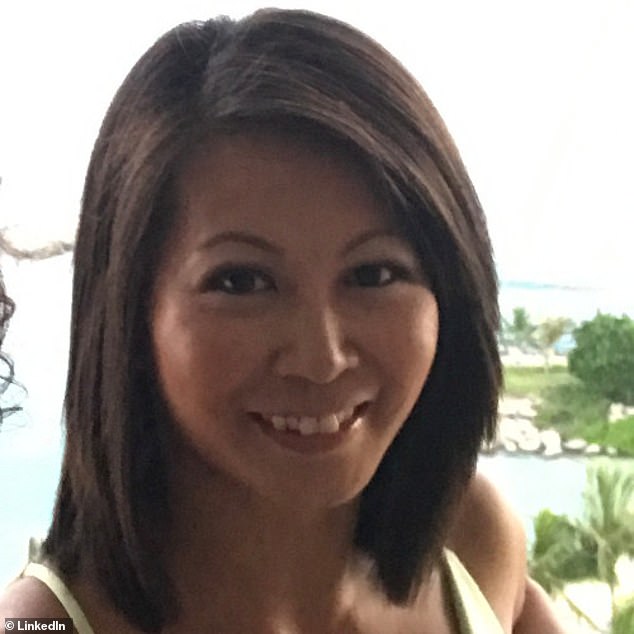 But, bosses feared she would ‘burn out’ so encouraged her to take six months leave – then gave her profitable accounts to the newly-hired salesmen without her permission.

One salesman – who had been friends with Ms Lee’s bosses for years – was given a higher salary than her and, upon her return, shocked Ms Lee was given significantly less valuable accounts.

Now she has successfully sued San Francisco-based software company Splunk for sex discrimination after arguing that new recruits were given ‘preferential treatment’.

Ms Lee, of Asian descent, told bosses: ‘This appears to be an old boys’ network and a high performing female from an ethnic background with an outstanding performance is being pushed aside for the furtherance of that network.’

A judge ruled that the reallocation of accounts was ‘humiliating’ and wouldn’t have happened if she were a man.

A tribunal report revealed the damning gender unbalance at the male-dominated Splunk, with men making up for ’90 per cent of its upper pay quartile’.

Global account manager Ms Lee worked for the company from February 2013 until her resignation in August 2018, which came soon after her return from leave.

Ms Lee, who graduated from the University of Columbia in 2001, had a number of big accounts – one of which was ‘one of the largest banks in the world’ – for years and had closed ‘large deals’ for them. 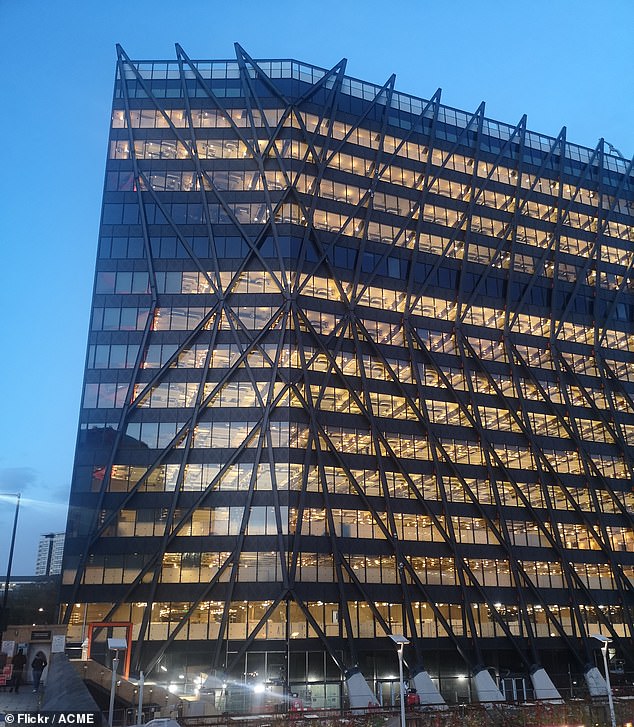 Ms Lee has successfully sued San Francisco-based software company Splunk for sex discrimination after arguing that new recruits were given ‘preferential treatment’. Pictured: The building where Splunk’s London office is

She received numerous emails from bosses praising her for her ‘masterful’ work, entry to the company’s ‘President Club’ and was also given a Rolex and a ‘one-time spot bonus’ of £70,000.

She was also showered with praise again after closing a series of mega deals worth £2.68million £7million and £9.2million.

Soon, in January 2018, her boss put forward a proposal that she be granted six months leave.

Then-director of sales Colin Ferguson said Ms Lee ‘had been a consistent high performer over the last four years and her work effort and ethic had been the highest he had seen in the UK’ – but was worried she would ‘burn out’.

A resignation letter said ‘her managers removed her accounts and allocated poor accounts in their place and gave new recruits from their network preferential treatment to her detriment’.

Employment Judge Lewis said: ‘Removing and reallocating [accounts] without the Ms Lee’s consent was a detriment.

‘These were high value accounts on which she had built relationships and in the case of [two accounts], had recently secured large high-profile deals.

‘Moreover, the way it was carried out, without consultation and behind her back, was hurtful and humiliating.’

The judge added: ‘We find that.. the reallocation of [accounts] as well as the way it was handled while the claimant was away and behind her back, was because of the claimant’s sex.

‘Mr Dosanjh and/or a man in the claimant’s position would not have been treated this way.’

The judge was also critical of Splunk bosses’ ‘belittling’ assessment of Ms Lee when she was described as a ‘good but not great salesperson’ who needed ‘hand-holding’.

Ms Lee sued Splunk for sex discrimination and unfair dismissal. She is yet to receive compensation.

Ms Lee also alleged sex discrimination as she did not win the Salesperson of the Year award – which was considered ‘prestigious’ and had been won by her before – when she brought in the most revenue.

A white man, who scored less than her, was preferred for the award in Las Vegas.

However, Judge Lewis said this did not amount to sex discrimination as rules of the award state that deciding who won was down to the ‘discretion’ of her boss.