Washington: As the US reopens a debate into the origins of the novel coronavirus, Facebook reversed course and said that it would no longer remove posts that claim the virus is man-made.

The decision on Thursday (Friday AEST) is notable because it shows, once again, how social media giants struggle to strike the right balance between protecting the public from harmful misinformation and enabling robust discussion of controversial ideas. 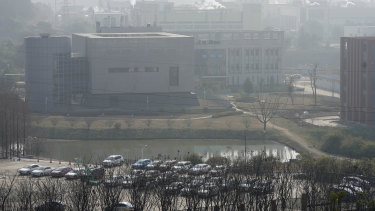 Suspected for its role in the pandemic: Wuhan Institute of Virology.Credit:AP

The action is hardly Facebook’s first policy reversal. Facebook changed course last year on the topic of Holocaust denial, banning content that denies the Holocaust after CEO Mark Zuckerberg vociferously defended people’s right to do so for years.

The claim that the coronavirus is man made, long dismissed by the scientific community as a harmful conspiracy, has recently been reopened because of new findings. That includes news that three researchers from China’s Wuhan Institute of Virology became sick enough in November 2019 that they sought hospital care.

The United States called on Thursday for the World Health Organisation to carry out a second phase of its investigation into the origins of the coronavirus, with independent experts given full access to original data and samples in China.

US President Joe Biden ordered aides to find answers to the origin of the virus that causes COVID-19, saying that US intelligence agencies are pursuing rival theories potentially including the possibility of a laboratory accident in China. 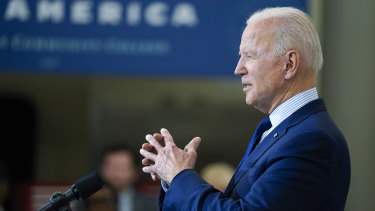 The reopening of debate presents challenging issues for Facebook because the claim has also been associated with a wave of anti-Asian sentiment.

Joan Donovan, research director of the Technology and Social Change Research Project at the Shorenstein Centre on Media, Politics and Public Policy at Harvard Kennedy School said it was inevitable that the changing sentiment around the lab theory could unleash more anti-Asian sentiment on social media.

Tech companies need to redouble their efforts to protect Asian Americans and Pacific Islanders now that the claim is gaining more credence, she added.

“What we have to look out for in the US is an uptick in content that criticises China, while dividing the AAPI community,” she said. 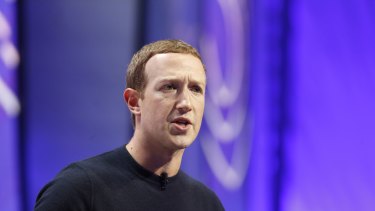 Mark Zuckerberg has struggled with Facebook’s position on disinformation. Credit:Bloomberg

“Content that dehumanises Chinese people, accuses Chinese people of being responsible or somehow of knowing about the pandemic, or otherwise suggests that it was a bioweapon will grow. Companies are going to have to look for content where AAPI hate is monetised and make sure that it does not become profitable.”

Facebook said in a statement that the company would continue to shift its policies based on new information.

“In light of ongoing investigations into the origin of COVID-19 and in consultation with public health experts, we will no longer remove the claim that COVID-19 is man-made from our apps,” said spokeswoman Dani Lever. “We’re continuing to work with health experts to keep pace with the evolving nature of the pandemic and regularly update our policies as new facts and trends emerge.”

“There is no place for hate on our platform and we will remove anything that breaks our rules,” she added.

Facebook has long-defended an expansive view of free speech, but in recent years has moved further in the direction of policing, hiring tens of thousands of content moderators, publishing lengthy policies, and developing algorithms in the background that restrict the content people can share. As the pandemic began, the company went much further, banning dozens of misleading or false claims on the grounds that they could cause imminent harm.

The company bans claims that masks can give people COVID, that COVID is safer than the flu, or that the vaccines contain microchips. The company takes its guidance from the World Health Organisation and other public health agencies when deciding which claims to ban.

Former President Donald Trump was at the forefront of the narrative associated with the lab leak theory and repeatedly pushed the notion that responsibility for the virus lies with China. In the first presidential debate on September 29, Trump said the COVID-19 crisis was “China’s fault,” and referred to the virus as the “China plague” and “Kung flu.” He recently said on Fox News that he had “very little doubt” that the virus came from a lab.

Even when it was being dismissed by the broader scientific community, several right-leaning outlets kept pushing the lab theory. In recent months, more mainstream scientists and the World Health Organisation have started to also raise questions and say it cannot be ruled out.

Just in the last week, since the discussion of the virus’s origins has been reopened, the term “Wuhan Lab” spiked across social media, and was frequently used in conjunction with references to Anthony Fauci, director of the U.S. National Institute of Allergy and Infectious Diseases, according to the misinformation research organisation Zignal Labs.

Fauci said this month that he wasn’t totally convinced that the coronavirus developed naturally and that he thinks that more investigation into the origin of the virus is needed.

US calls for second probe

The US mission to the UN in Geneva said in a statement that the initial WHO study in the virus origins was “insufficient and inconclusive”.

It called for what it described as a timely, transparent and evidence-based second probe to be conducted, including in China.

“It is critical that China provides independent experts full access to complete, original data and samples relevant to understanding the source of the virus and the early stages of the pandemic,” the US statement said.

China, through remarks by a representative at its embassy in the United States, said on Thursday it supported “a comprehensive study of all early cases of COVID-19 found worldwide and a thorough investigation into some secretive bases and biological laboratories all over the world.”

Simon Manley, Britain’s ambassador to the UN in Geneva, said in a separate statement: “Phase one of the WHO-convened COVID-19 origins study was always meant to be the beginning of the process, not the end. We call for a timely, transparent, evidence-based, and expert-led phase two study, including in the People’s Republic of China, as recommended by the experts’ report.”

Mike Ryan, WHO’s top emergency expert, told its annual meeting of health ministers on Wednesday: “We’ve had consultations informally with many member states to look at what happens in the next phase. And we will continue to have those discussions in the coming weeks.”