Freed Bali bomb maker Umar Patek wants to focus on his family and open a restaurant but the Australian government has called for him to be monitored around the clock to ensure he does not return to extremism.

Patek, 55, was escorted from Porong prison near Surabaya on Wednesday by officers from Indonesia’s counter-terrorism agency BNPT and the police anti-terror squad Detachment 88, having been granted parole nearly 12 years into the 20 he had been ordered to serve. 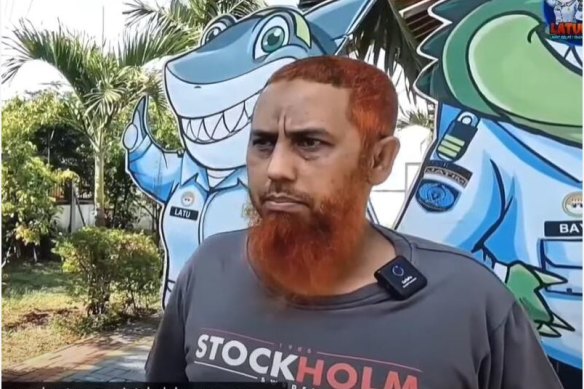 Convicted for his part in assembling the explosives used in the 2002 Bali bombings that killed 202 people including 88 Australians, he was granted a series of reductions to his term for good behaviour.

His release has angered survivors and family and friends of victims of the attack.

“We have registered our concerns about Umar Patek’s release with the Indonesian government on multiple occasions,” said a spokesperson for Australia’s Department of Foreign Affairs and Trade. 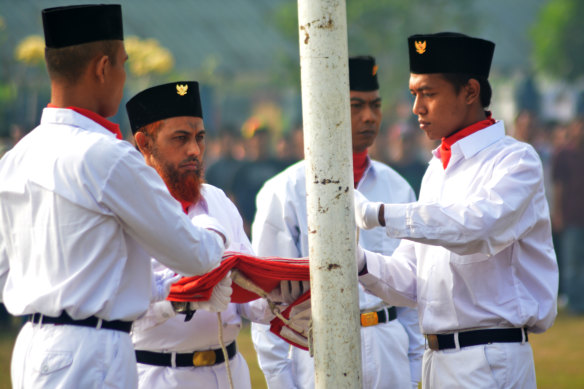 “Umar Patek’s release is a matter for the government of Indonesia and its domestic legal processes, but we have sought assurances from the Indonesian government that he will be subject to ongoing supervision and monitoring, in accordance with Indonesia’s approach to deradicalisation.”

Patek will be on parole until 2030. During this time, he must report to corrections department officials once a week and take part in mandatory mentoring programs.

Rika Aprianti, the spokeswoman for the Directorate General of Corrections, said security agencies would monitor him.

“We are all responsible for terrorism, we must all carry out monitoring,” she said.

Under parole regulations, Patek’s wife Ruqayyah Binti Husein Luceno is also responsible for keeping an eye on him.

Ali Fauzi, a former Jemaah Islamiyah member who now runs a program aimed at deradicalising terrorists, said Patek had ambitions to open a restaurant in Lamongan, near Surabaya, and to be involved in government efforts to tackle Islamic extremism.

“The first thing Umar wants now is to focus on his family,” said Fauzi, a brother of executed Bali bombers Amrozi and Ali Ghufron and another sibling, Ali Imron, who was jailed for life for his role in the Kuta nightclub attack.

“Umar has a strong intention to be peace ambassador, to take part in the deradicalisation program. The plan on running a small restaurant is still on.”

Patek’s wife had been living in a house near the prison in East Java province while he was incarcerated but on Thursday it was still unclear where they would settle now.

He left prison on the same day as another convicted bomb maker who carried out a suicide bombing of a police station in Bandung, West Java. That attack killed one policeman and injured 11 others.

While Patek was beginning a new life on the outside, Marles said it was a “difficult day” for Australians.

News of his upcoming release in August had prompted outrage from relatives of victims and survivors, and drawn concern from Prime Minister Anthony Albanese.

It was a particularly sensitive time in the lead-up to the 20th anniversary of the bombings, which was marked on October 12, and Patek ended up having to wait longer for his freedom.

The delay did not make the development any easier to accept, however, for those who were in Bali on that fateful night or had loved ones who didn’t return.

Perth Bali bombing survivor Antony Svilicich, 45, said it was “pretty disappointing” that Patek had been released.

“I think he should still be in jail to be honest. To be allowed to walk free? No,” he said. “The punishment certainly doesn’t fit the crime.”

Balinese bombing survivor Thiolina Marpaung said she was upset to hear Patek was out.

“Because the terrorist who [conducted the] bomb in Bandung just got his freedom but did it again yesterday.”

Melbourne man Jan Laczynski, who was in Bali when the blasts occurred and lost friends, said he was shocked at the news.

“I was hoping that this day wouldn’t come,” he said. “If it did come I was hoping it would be a few years down the track.”