Family whose £130,000 three-bed terrace was reduced to pile of rubble by a giant gas blast had NO insurance

A family whose home was destroyed in an huge gas blast had no house insurance – and neighbours are battling to raise more than £50,000 to help rebuild it.

The mother, Jess Williams, 31, was left critically ill after the enormous explosion ripped through her home and injured her children.

Reuben, five, and Elliot, two, are recovering with family – but the family home is a pile of rubble.

Now the kindhearted community are rallying together to raise cash as the family revealed they had no home insurance to cover the damage.

The average cost of insurance in the UK is around £140 per year – just over £11 every month. 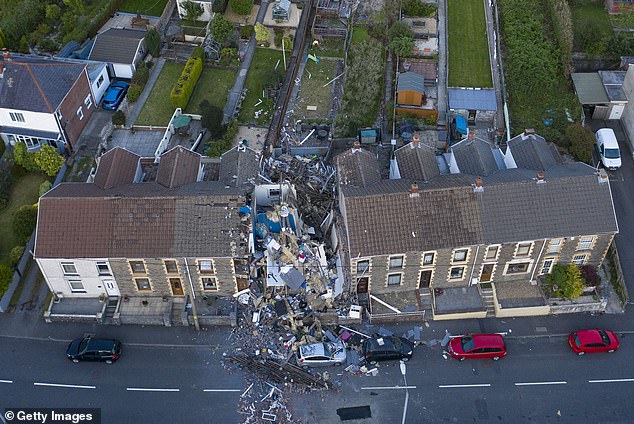 An aerial view of the scene following a house explosion on Church Road on June 24, 2020 in Seven Sisters, Wales. The owners of the house and neighbors whose properties were also damanged reportedly had no insurance 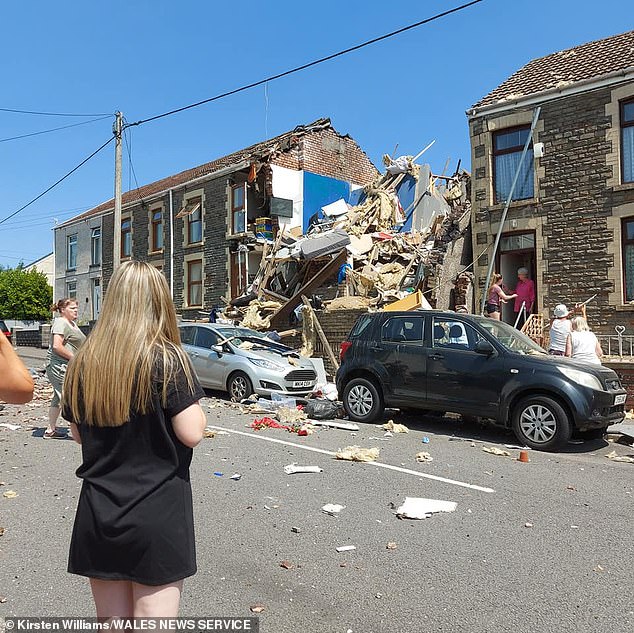 A suspected gas explosion left the terraced cottage in Seven Sisters near Neath destroyed, pictured above on the day of the explosion as neighbors gather outside the house

Police say the ‘most likely’ cause of the terrifying explosion was ageng LPG gas cannisters – usually used for barbecues and caravans.

The home was completely destroyed in the blast on June 24, as neighbours rushed to help in Seven Sisters, near Neath, South Wales.

He said: ‘I realised at quite early doors that the house that exploded wasn’t insured. I then realised two of the three houses affected by the blast were also uninsured.

‘We could have about £50,000 altogether out there that could become part of the trust fund.

‘It could be a substantial amount of money and the priority for me is to put that money towards rebuilding the houses.’ 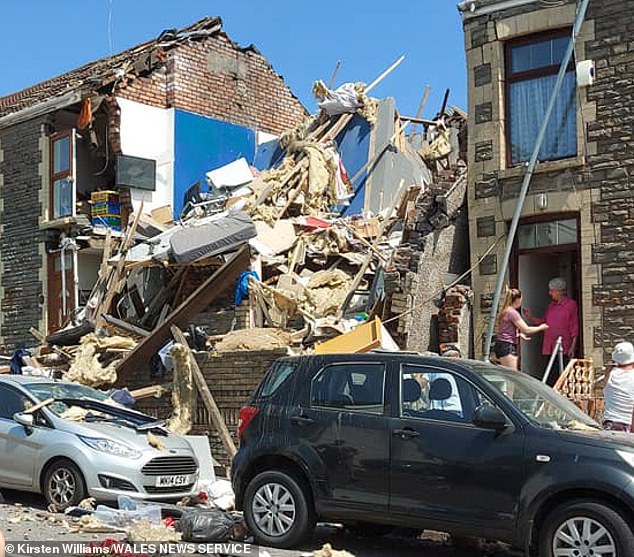 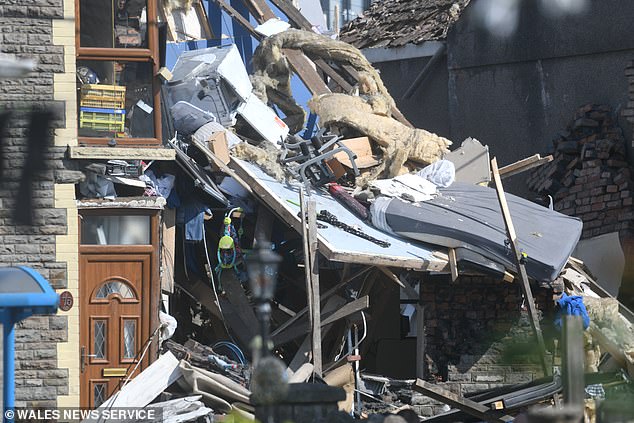 Among the rubble, household items could be seen in the destroyed house, with one resident saying that a child’s teddy bear was on top of a car

Mr Hunt said that builders have also offered to carry out construction work for free.

He said: ‘The family feel so hurt by what has happened but also humbled by all the support they have received.

‘They cannot come to terms with the kindness or the support that has been shown right across the country. They had support from as far as Leeds. They are incredibly grateful.

‘It’s all very up in the air at the moment. Obviously the aim is to focus on rebuilding the houses but we have had a lot of offers from builders in the area to carry out work completely free of charge.

‘Trustees will help to decide who will carry out the work. If building work is free of charge we can perhaps then use the money for supplies. We’ll just see how it goes.

‘There will also be discussions with other residents on the street who, because of no fault of their own, had parts of their homes or vehicles damaged..’

Mum Jess remains in hospital following the horrific incident in June. Her partner Mike David, 33, was not at home at the time – and is now looking after their two sons with family help. 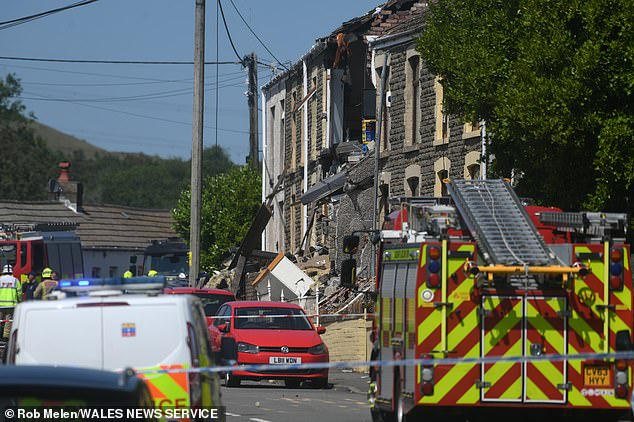 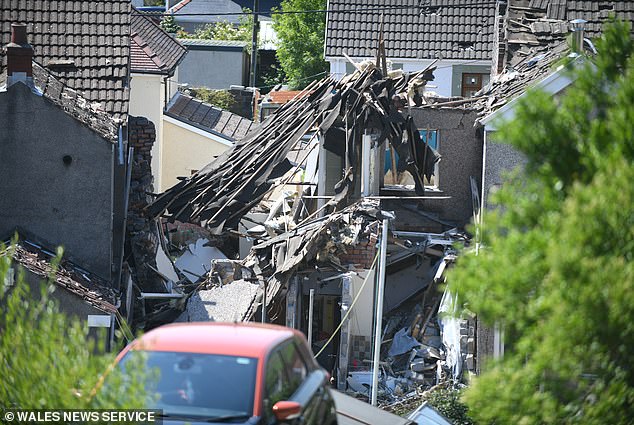 One neighbour who did not want to be named said of the explosion: ‘I was working in the garden and heard it and thought ”What’s that” – the whole house shook. It was a huge bang.’ Pictured: The aftermath of the explosion

She was found lying behind her fridge freezer by heroic neighbours.

Other families affected by the explosion have been offered temporary accomodation from the council and housing association.

Mr Hunt said: ‘It’s hard to say exactly how long things will take at this stage.

‘It’s also important to say that the standard of the work carried out will be equal to that carried out by the council or any paid work.

‘There will be no drop in standard because the work is free of charge. That is why there will be discussions with the trustees and families involved.

‘I urge anyone who still wishes to help or support those affected by the explosion to contact one of the trustee members.’