Father, 42, used shotgun to blast partner and daughters in the head

Father, 42, used shotgun to blast his partner in the head and neck and their daughters aged four and two in the head and chest before turning the firearm on himself at their £600,000 West Sussex home, inquest hears

A father used a shotgun to blast his partner and their two young children to death at their family home during the coronavirus lockdown, an inquest has heard.

Robert Needham, 42, shot daughter Ava, four, in the chest and his two-year-old daughter Lexi in the head at their £600,000 home in Woodmancote, West Sussex.

Their mother Kelly Fitzgibbons, 40, was shot in the head and neck and died from her injuries, the inquest heard.

Builder Mr Needham also died of a gunshot blast to the head and neck after he is believed to have turned the gun on himself. 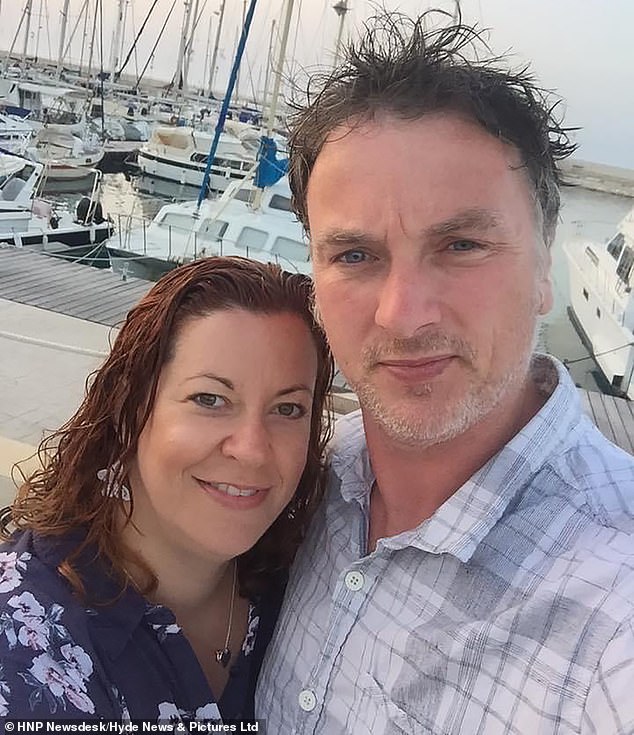 Robert Needham, 42, shot daughter Ava, four, in the chest and his two-year-old daughter Lexi in the head at their £600,000 home in Woodmancote, West Sussex (Pictured: Mr Needham and partner Kelly Fitzgibbons)

Police found the family-of-four at their home in Woodmancote in rural West Sussex near Chichester less than a week into the national coronavirus lockdown on March 29.

Detectives from Sussex Police said they are not looking for anybody else in connection with the deaths.

It is understood the builder had been suffering serious financial difficulties in the lockdown after he was forced to wind-up his building company in October last year.

The firearm was found inside the house and dog Bill was also found shot dead when police were called to the home on March 29 after a relative said the family were not responding.

Inquests into the four ‘tragic’ deaths were today opened and adjourned at West Sussex Coroners Court sitting in Chichester.

Coroner Penelope Schofield said the inquest into the death of Mr Needham may be separated from the rest of the family. 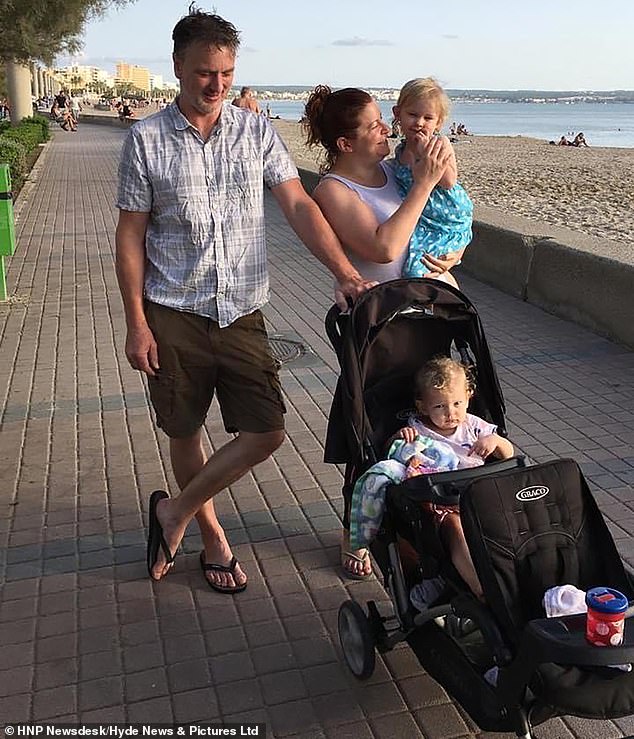 Pictured: Mr Needham with daughters Ava, Lexi and their mother Ms Fitzgibbons who were all found dead in West Sussex on March 29

She said: ‘We are keeping inquests together at the moment but there may need for this to be changed. It depends on requests from the family as to whether they want the inquest of the perpetrator to be held separately.’

Miss Schofield added: ‘This is a truly tragic case for all concerned and I would like to offer my condolences to the family.’

Sussex Police are probing whether Mr Needham held a valid firearm or shotgun certificate for the weapon found at the property or if the gun had been obtained illegally.

The country surroundings of the family’s village of Woodmancote make it popular with grouse, pheasant and clay-pigeon shooters.

But local gun clubs had no knowledge of Mr Needham, while neighbours and friends of the family said they were not aware of guns on the property and did not know if Mr Needham went shooting.

Asked whether the gun was legally held, Sussex Police said: ‘This is an ongoing investigation and this will form part of that investigation.’

Just 48 hours before the tragedy, Miss Fitzgibbons posted a series of images online showing the family enjoying a lockdown walk in the sunshine.

There are fears self-employed Mr Needham was suffering financially as a result of the lockdown, having recently bought a second home in nearby Waterlooville, Hampshire, which he was renovating.

He was also building an extension on the Woodmancote property, owned by his mother Maureen, 77, to ‘make it nice for her’. Mrs Needham lived in the downstairs part of the property, while the family lived upstairs.

The deaths were discovered when family friend Ronald Peacock climbed through a window and discovered the bloodbath when he failed to get an answer at the front door.

Miss Fitzgibbons sister, Emma Ambler, said: ‘Kelly was a wonderful and special person. She was kind, caring, funny and always smiling with an amazing love for life.

‘Kelly was a dedicated and loving mother and adored Rob and her two beautiful children. She had many friends and was devoted to her friends and family.

‘Kelly will be missed by so many people and has left a hole in our hearts that will never be filled.’

Mr Needham’s family said: ‘Robert was a man with a loving, caring young family. He had a beautiful partner Kelly and daughters Ava and Lexi, who he cared for deeply and who cared for him.

‘He was a quiet and thoughtful son and brother as well, always there to help when he was needed. We are devastated and bewildered at this most difficult of times.’

The family had moved to the large property to help care for Mr Needham’s mother after his father Rex, who suffered with Parkinson’s disease, died in 2017.

Mr Needham was in the process of building a flat so the parties could live separately, sources claim.

The inquest hearing was told that post mortem examinations found Ava Needham, four, died of a shotgun injury to the chest while Lex, two, died of a gunshot wounds to the head.

The inquests will provisionally be heard on October 6.