FEARS have been raised Britain's two-week quarantine for travellers arriving in the country is "unenforceable".

New arrivals will have to be "trusted" to follow the rules and could get round the restrictions through "loopholes". 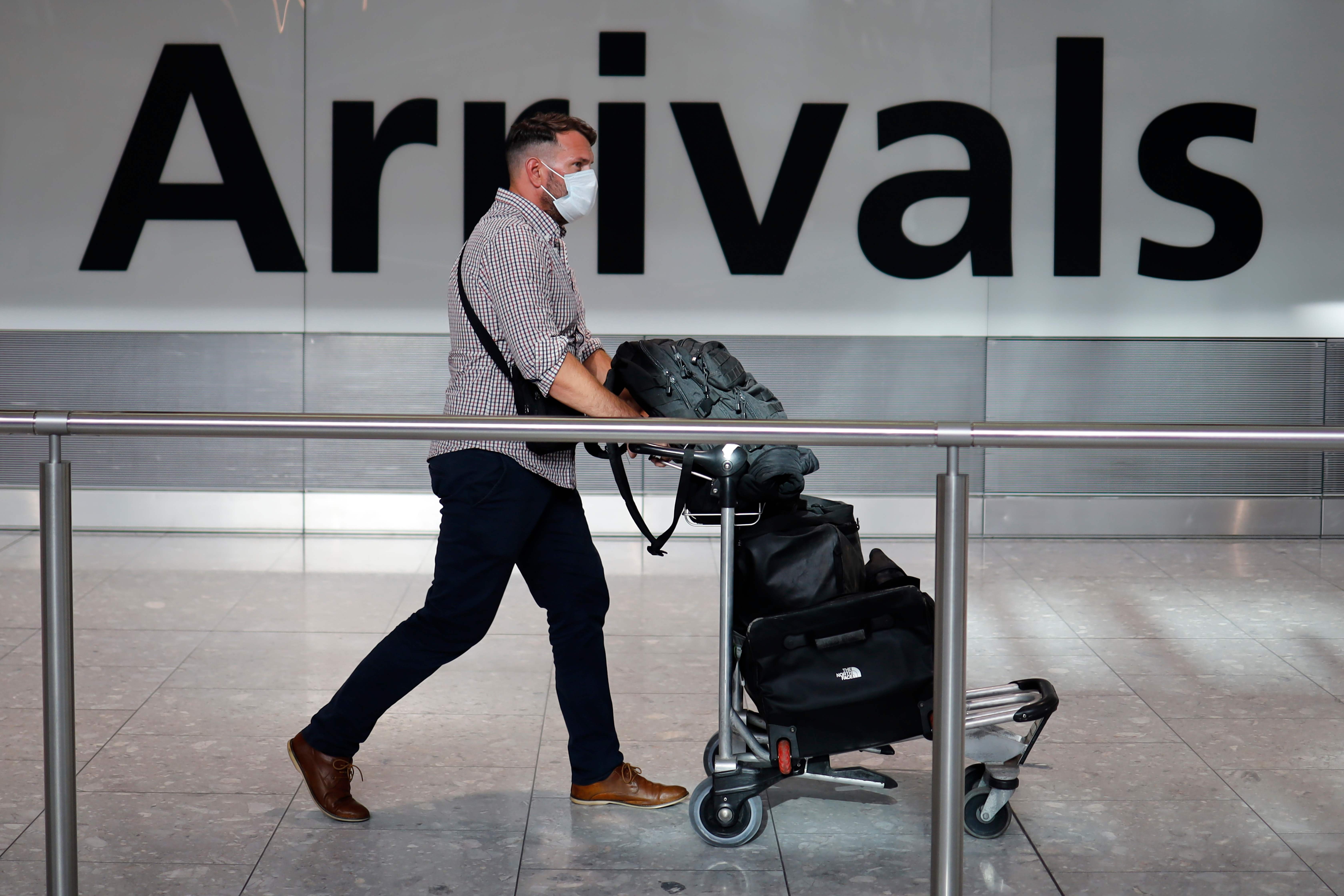 From June 8, anyone arriving in the UK faces a £1,000 fine if they do not self-isolate for two weeks — including holidaymaking Brits coming back to the country.

Ministers say there is a risk of the virus being able to come back into the country once our own coronavirus infection rates have fallen.

But fears over the cost of the quarantine – claimed to be £650million-a-week – and over how difficult it could be to police have been raised.

Border Force staff told the Daily Mail: "Frontline immigration officials have never been required to issue on-the-spot fines in this way before.

"It’s a completely new way of doing things and no-one knows how it’s going to work."

He said there had been no clear instruction as of yet what to do if passengers simply refuse to sign the form that will tell officials where they plan to isolate.

Details have yet to go before Parliament but it is thought Border Force staff could give out £100 on-the-spot fines to anyone who does, and anyone who gives incorrect location details could face criminal charges.

These online forms won't be paired with a passport or linked to a database, meaning officers may need to check manually if they have been filled out.

It has been suggested this would cause hours of queues for people making their way through British airports, although won't affect those who travel from Ireland, have upcoming medical treatments or a job which fits a series of exemptions.

Once out of the airport and quarantining, it is understood travellers will get regular follow-up phonecalls from agency staff to assess how honestly they were isolating themselves, and some could get a visit from police.

Whitehall sources suggested people would be trusted to follow the rules correctly, while others said the Prime Minister was now preparing to lessen parts of the plan or shelve it amid the criticisms.

A Downing Street source said: "The quarantine system is a way of protecting the virus coming into the country when we have got domestic levels of transmission down low, but we are of course considering ways in which travel to other countries could be allowed if it is safe to do so."

It comes as 40 MPs – including seven former ministers – in the Future of Aviation Group have warned that unless the Government changes tack, millions of jobs in the travel industry will be at risk.

The UK coronavirus death toll has now risen to at least 37,986 after 149 fatalities were recorded in hospitals across England in the last 24 hours.

It brings the total number of deaths from the bug in English hospitals to 26,383.

Today's rise in England is smaller than it was yesterday, when 185 fatalities were logged.

It is bigger than the jump recorded last Friday (121) – although it remains smaller than every rise recorded on a Friday in England for the seven weeks before that.

Patients were aged between 35 and 101, including 11 "healthy people", NHS England confirmed.

Cooped up Brits can enjoy a new lease of freedom after some lockdown restrictions were eased on Thursday.

Speaking during the daily briefing, Boris Johnson said friends and families of up to six can meet in parks and gardens from Monday – so long as they keep their distance.

Garden guests can also use their hosts' facilities at their discretion, although dinner parties and other indoor activities will still be banned.

Groups of four will also be able to play tennis and golf from Monday – the same day some primary school pupils will return to the classroom.

Other relaxed measures include the reopening of dental surgeries on June 8 and the opening of shops on June 15.