A study by UK university researchers and health experts titled "Adherence to the test, trace and isolate system" used information from 21 national surveys. 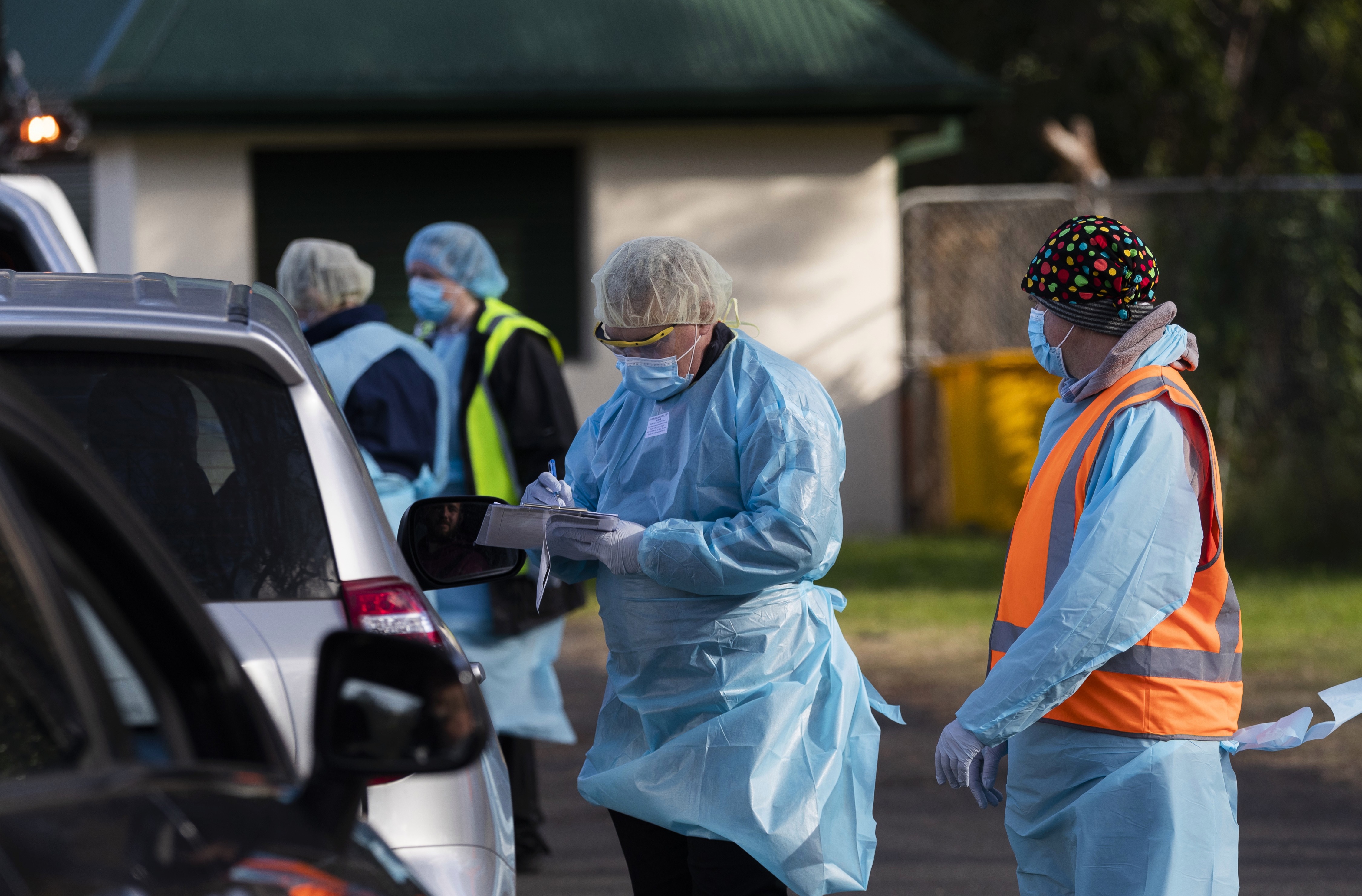 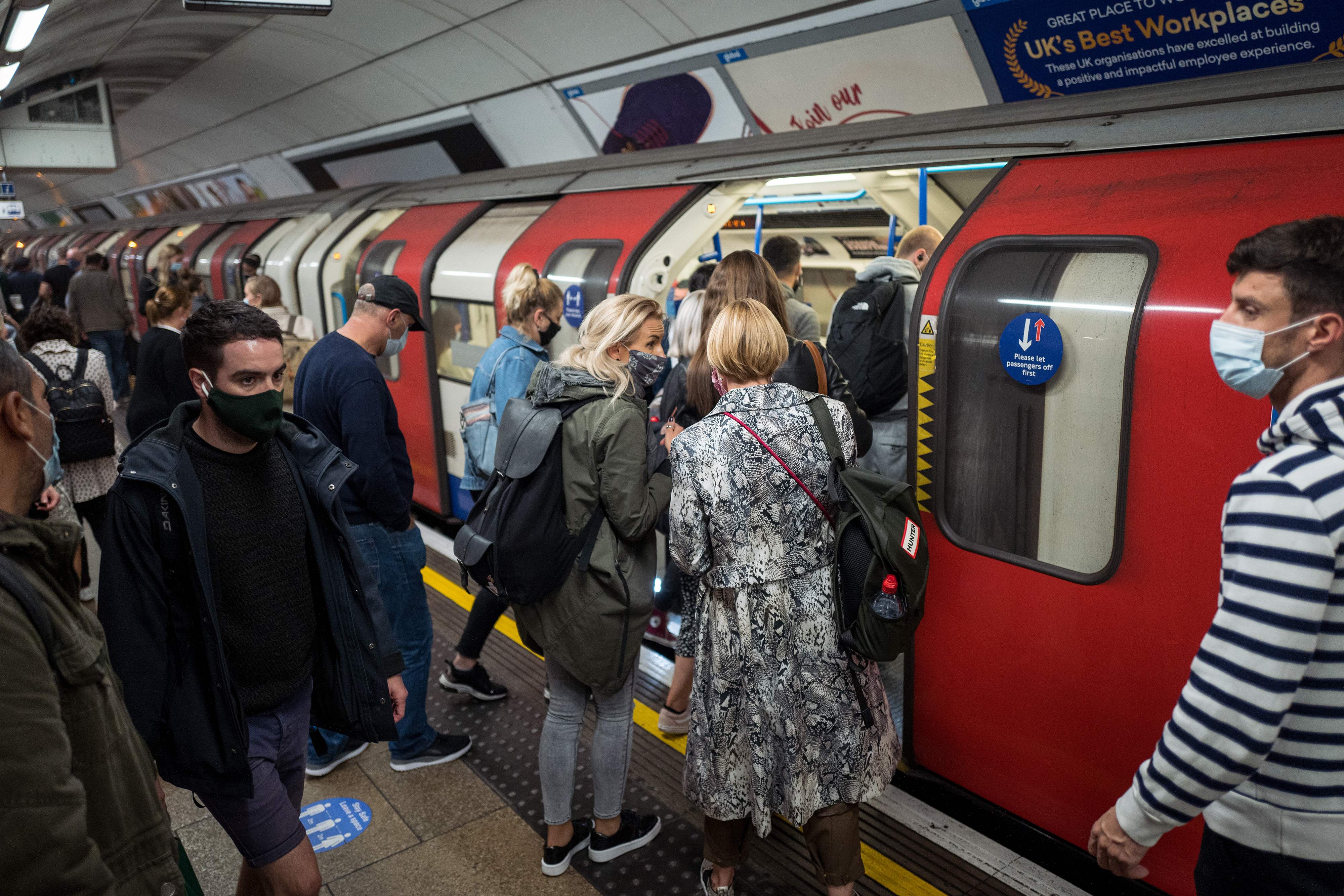 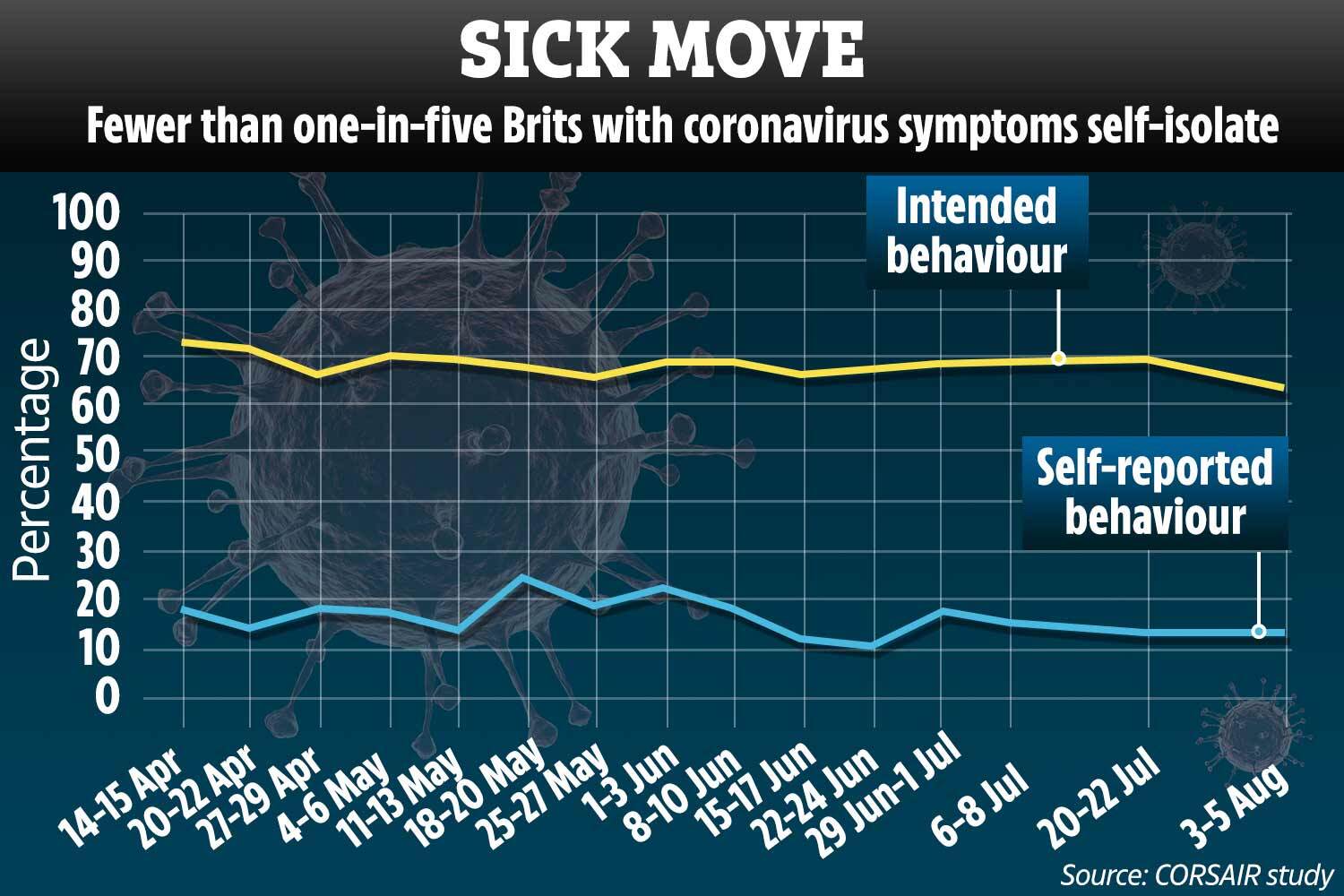 The study found that just 18 per cent of people with Covid-19 symptoms self-isolated, while only 11 per cent quarantined when told to by the track and trace system.

Only half of all those surveyed could correctly identify the symptoms of Covid-19.

Surveys from between March 2 and August 5 were used in the study, which analysed results from 31,787 people living in the UK.

Researchers recommended using "targeted messaging" to better inform men, younger people and key workers on how to best avoid the spread of the deadly bug.

Men and young people were found to have the lowest rates of self-isolation.

Key workers and people from minority ethnic backgrounds were less likely to be able to correctly identify symptoms of Covid-19.

The study found that intention to self-isolate or quarantine was high at around 70 per cent, but most people surveyed did not follow through with those actions when required.

The study's authors wrote: "Stability of the outcomes indicates that changes to messaging between March and early August have had little effect on behaviours relevant to test, trace and isolate.

"This suggests either that the changes introduced so far have been ineffective, the budget allocated to messaging about the test, trace and isolate system has been insufficient to allow changes to have an impact, or that the factors preventing people from engaging with behaviours are not
amenable to messaging alone."

According to government advice, anyone with a new continuous cough, high temperature, or a loss or change in taste or smell should self-isolate for at least 10 days and book a Covid-19 test.

From Monday, fines of up to £10,000 will be given out to people who do not stay at home and self-isolate following a positive test result for Covid-19 or if they are contacted by NHS Test and Trace.

The study comes as scientists warn that the first coronavirus vaccine is unlikely to prevent people catching the disease and may only alleviate sufferers' symptoms.

Ministers are braced for the first generation of vaccines to be only partially effective – with wide ranging implications for the country's exit strategy from the pandemic.

The Times reports that experts believe that a vaccine may not enable a complete return to normal life.

Scientists at Oxford University, who are leading the global race for a vaccine, have set a minimum target of 50 per cent protection.

The flu jab, in comparison, is around 40 to 60 per cent effective.

Though a vaccine capable of reducing symptomatic cases by half would greatly enhance options for ministers in loosening restrictions, scientists say that it is unlikely to be a "silver bullet".

According to The Times, the government believes a vaccine will be ready for use in the first half of next year.

Chief scientific adviser Sir Patrick Vallance said a number of candidates have shown they can generate an immune response that ought to be protective.

However, social distancing and other hygiene measures may still need to be in place as the vaccine is rolled out – though this will depend on the success of the jab. 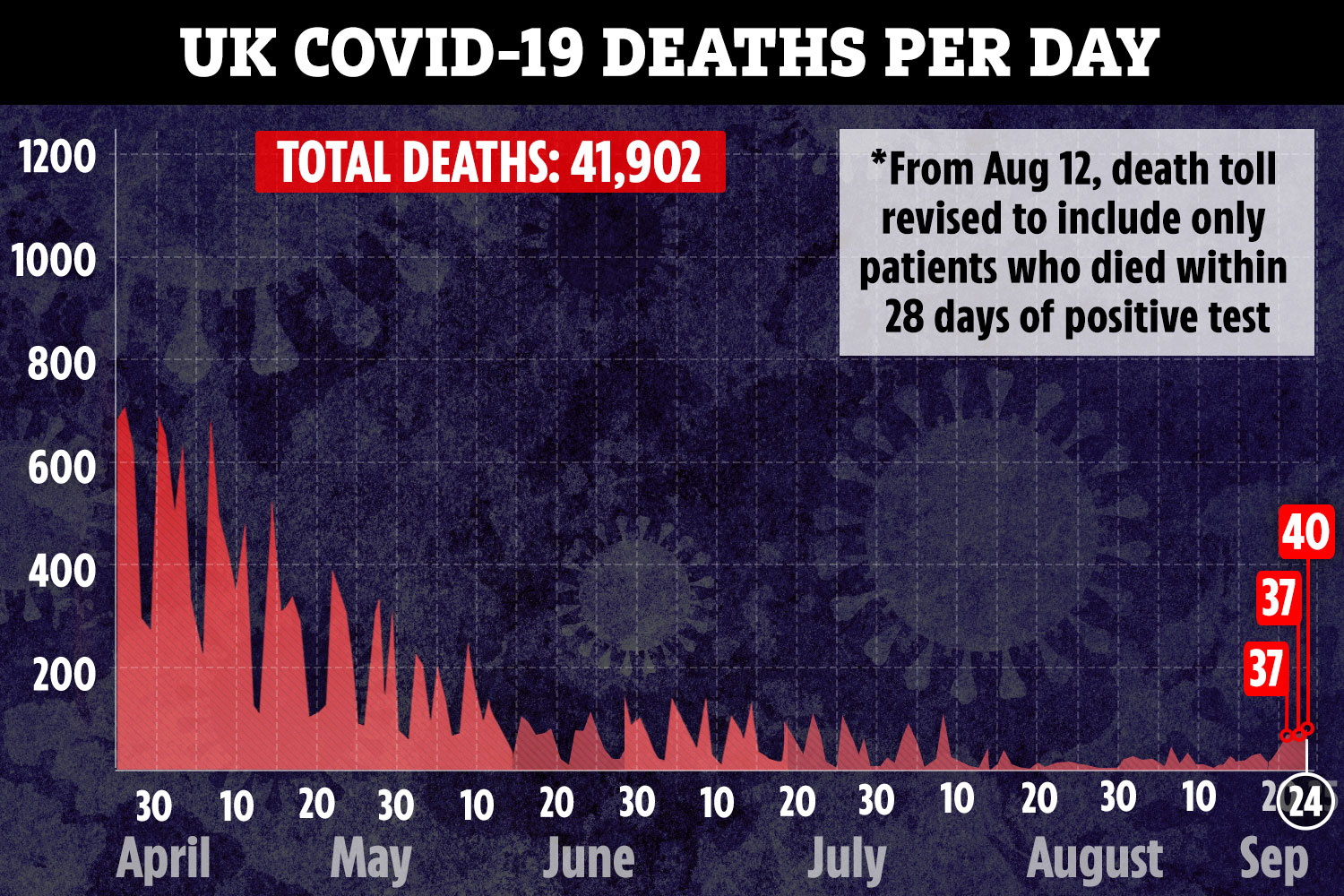