UK businesses claimed £1.5billion in state aid to pay the wages of 1.3million UK workers in less than a day after the government opened its coffers to prevent mass unemployment.

The job retention scheme opened at 8am yesterday and by midnight had been used by 185,000 firms across the country, the Treasury revealed this afternoon.

And it said that the payout would grow exponentially as more companies lodge a claim to cover 80 per cent of salaries under the scheme, which is set to last for four months if the country remains paralysed by the pandemic.

A Treasury spokesman said: ‘We expect all of these numbers to continue to rise as people complete the online form.

‘It will be a much bigger figure by the end of the now four-month period.’

Up to half of Britain’s companies are expecting to furlough most of their staff at a cost of up to £40billion to the Treasury.

However, the new figures came amid rising anger at some of the firms using the scheme, designed to help hard-pressed employers.

The billionaire owners of three of London luxury hotels have put 1,200 staff on furlough, asking the taxpayer to pick up their wages under the Government’s schemes.

Staff at five-star establishments Claridges, The Connaught and The Berkeley Hotel have been told they are on furlough until further notice, with the Government paying 80 per cent of their salaries and owners The Maybourne Group making up the rest. 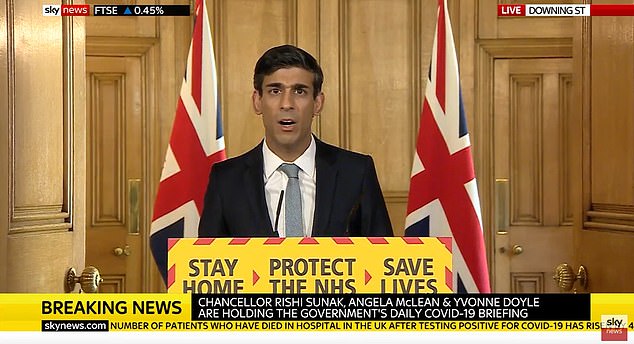 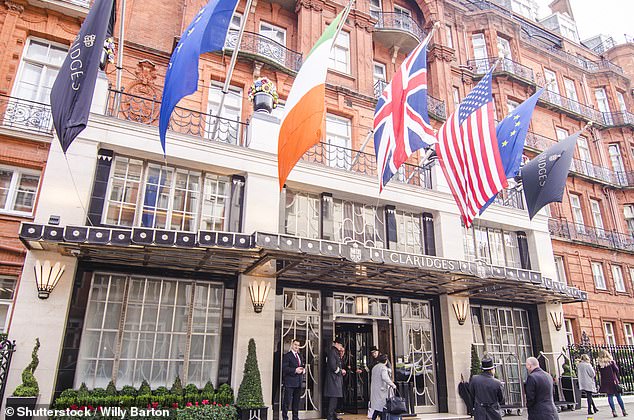 Staff at five-star establishments Claridges (pictured), The Connaught and The Berkeley Hotel have been told they are on furlough until further notice, with the Government paying 80 per cent of their salaries and owners The Maybourne Group making up the rest 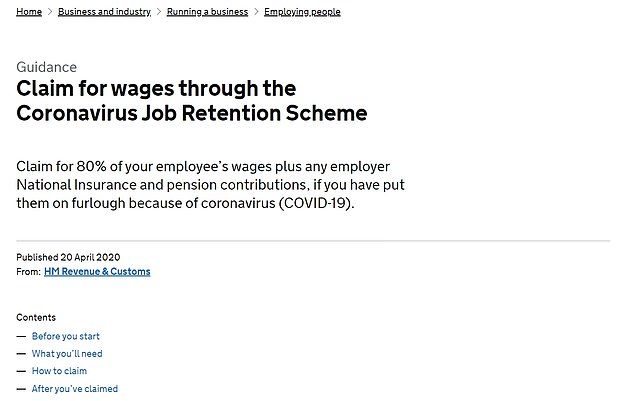 Jim Harra, chief executive of HM Revenue & Customs (HMRC), said his organisation is ‘very confident’ the system running the coronavirus job retention scheme would work after it had been ‘tested at volume’

The figure will get much higher because firms have only claimed so far for salary they have paid out or are about to pay out.

The Treasury spokesman added: ‘The time it covers will vary, for some it might just be March, or it might be specific for periods in March.

‘For others it will be March and April. But it will not be for the full four months, They will have only claimed for payroll already made or about to be made.’

The update came after Rishi Sunak last night revealed that more than 140,000 companies employing more than one million people applied to the scheme in its first eight hours, including 67,000 claims in the first 30 minutes.

Fronting the daily coronavirus news conference he said that the payouts should be received within six working days.

The Chancellor said that the programme was a sign that the Government had ‘delivered our promise’ to get help in place before the end of April.

But it comes amid confusion over when and how the economy will be restarted once the worst of the outbreak is over.

Employers are expected to claim for millions of workers put on temporary leave because of the crisis, and the furlough system has been given a capacity of up to 450,000 employee claims per hour.

Under HMRC’s job retention scheme, the government will cover 80 per cent of a worker’s wages, up to £2,500 a month, if they are not working but are kept on the payroll.

Dan Tomlinson, economist at the Resolution Foundation think tank, said: ‘The sheer scale of applications for the Government’s Job Retention Scheme on its opening day shows just how badly the scheme is needed.

‘Without firms having the option to furlough staff, Britain could be facing the prospect of totally unprecedented numbers of people being unemployed.

‘The claims made today alone are set to cost at least £4.2 billion if staff are furloughed for three months.

‘The demand today also indicates that the new IT system has managed to cope with significant claims. The next challenge is to make sure the payments to firms get made as swiftly as possible, as the scheme is very much on the frontline of protecting both firms and family incomes amid a huge economic crisis.’

The lockdown is pressuring a number of British businesses, with one report warning that as many as 11.7million people could be furloughed or left jobless in the three months to the end of June.

But Jim Harra, chief executive of HM Revenue & Customs, said his organisation is ‘very confident’ the system running the coronavirus job retention scheme would work after it had been ‘tested at volume’.

What does it mean to be furloughed?

If you’re being furloughed by your employer, it means you’re being sent home, but will still receive 80 per cent of your salary by the Government, up to a maximum of £2,500 a month.

This Government job retention scheme is only for employed people, it does not apply if you are self-employed.

However, you first need to agree to be put on furlough by your employer, who can then apply for the money to the Government. You cannot apply for it yourself.

Your employer can choose to pay the remaining 20 per cent of your wages, although it is not obliged to do so.

If you earn more than £2,500 a month, your employer can choose to ‘top up’ your salary, but again it is not forced to do so.

You will still continue to pay income tax and national insurance contributions while on furlough.

The Government advice says: ‘If you and your employer both agree, your employer might be able to keep you on the payroll if they’re unable to operate or have no work for you to do because of coronavirus. This is known as being ‘on furlough’.’

He revealed the Coronavirus Job Retention scheme system had been tested at ‘up to 450,000 claims per hour’, and insisted that if employers are patient while using the Government website in the next few days, they will be paid by April 30.

Speaking to BBC Breakfast, he said: ‘Of course, there is a limit to the capacity of the system, so if every employer tries to use it at 8 o’clock this morning some will be asked to queue or come back later, that doesn’t mean the system has crashed, it simply means that it’s full.

‘But employers can claim any time over the few days, between now and Wednesday, and we will have the money in their bank account by April 30.’

He added: ‘I’m confident that if employers are patient, use the system, it’s available 24/7, and as I say, if your payroll date is April 30 you can claim any time today, tomorrow or Wednesday and we will get that money into your account.’

Up to half of Britain’s companies are expecting to furlough most of their staff at a cost of up to £40billion to the Treasury.

The Government initially thought around 10 per cent of companies would take up the job retention scheme, at a cost of around £10billion, but around a fifth of smaller firms plan to furlough all of their staff and 50 per cent are taking up the scheme for some of their employees, the BBC reports.

It comes as a report by an independent think tank suggested as many as 11.7 million people could be furloughed or unemployed over the next three months.

Employees in the lowest-paying hospitality and retail sectors are most likely, 50% more than average, to be affected, a paper by the Resolution Foundation has found.