Five injured after shotgun was fired at illegal street party

Five people have been injured after a shotgun was fired following a large street party in Birmingham, police said.

Armed police were sent to Dudley Road in Winson Green at 1.45am this morning as they responded to calls of a firearm being discharged in the street.

One man was found with multiple wounds on his legs while a further two men and two women also suffered minor injuries.

Police understand more than 100 people gathered for a street party and there was a shooting after disorder broke out. 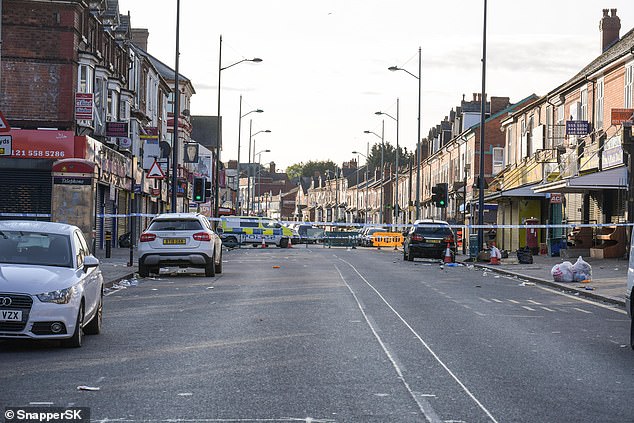 Armed police were sent to Dudley Road in Winson Green at 1.45am this morning as they responded to calls of gun shots

The road is closed to forensic examination and detectives are currently seizing and reviewing CCTV.

Gatherings of more than 30 people are still banned in England under the government’s eased lockdown measures to help slow the spread of coronavirus.

Birmingham Police Chief Inspector Pervez Mohammed said: ‘This is a hugely reckless act, discharging a shotgun in a crowded space, and it is lucky no-one was seriously hurt.

‘Our detectives have moved quickly to seize some potentially very significant CCTV and we’ll be progressing that today to try and identify offenders. 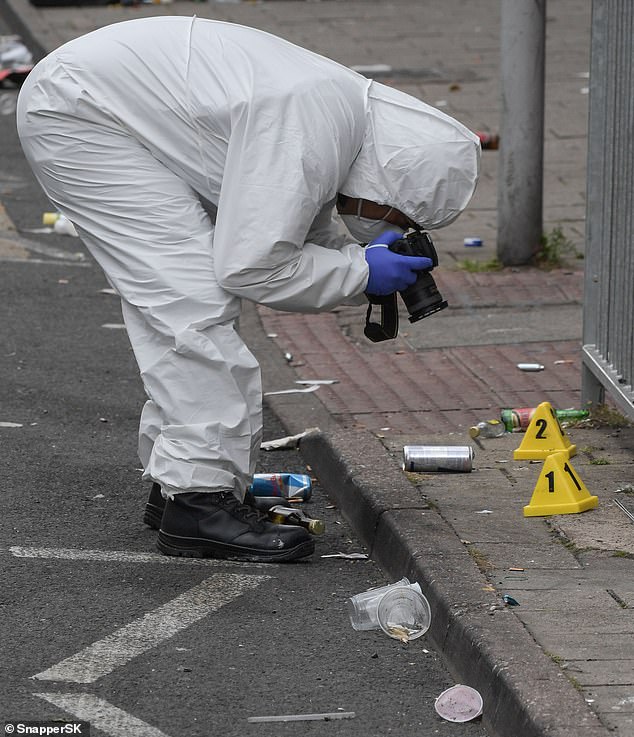 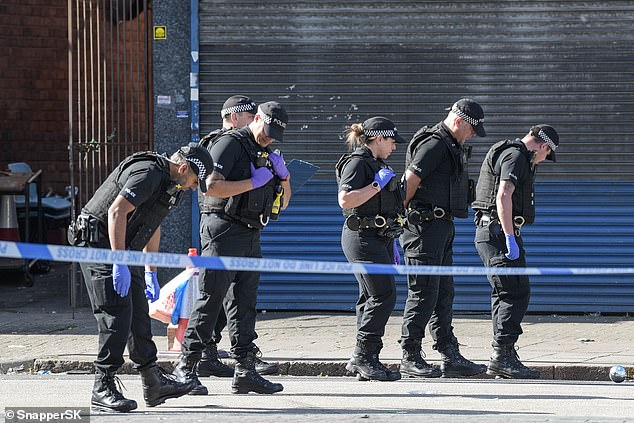 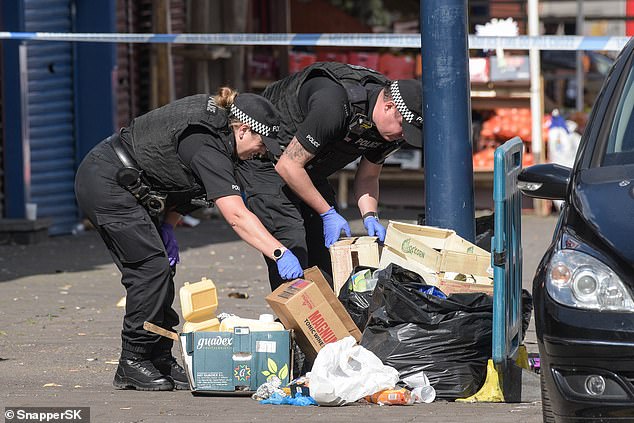 West Midlands Police are appealing for any witnesses or anyone with footage recorded on a mobile phone. Pictured: Two officers at the scene following the street party

‘It also needs stressing that large gatherings like this during the CoVID-19 health pandemic are completely unacceptable and dangerous.

‘We understand there may have been in excess of 100 people gathered for this street party. They were causing concern among residents and major traffic disruption.

‘Large gatherings are still banned because there is a risk of the virus spreading. If we have encountered any large gatherings we have been encouraging people to disperse – but we will enforce and issue fines if necessary.’ 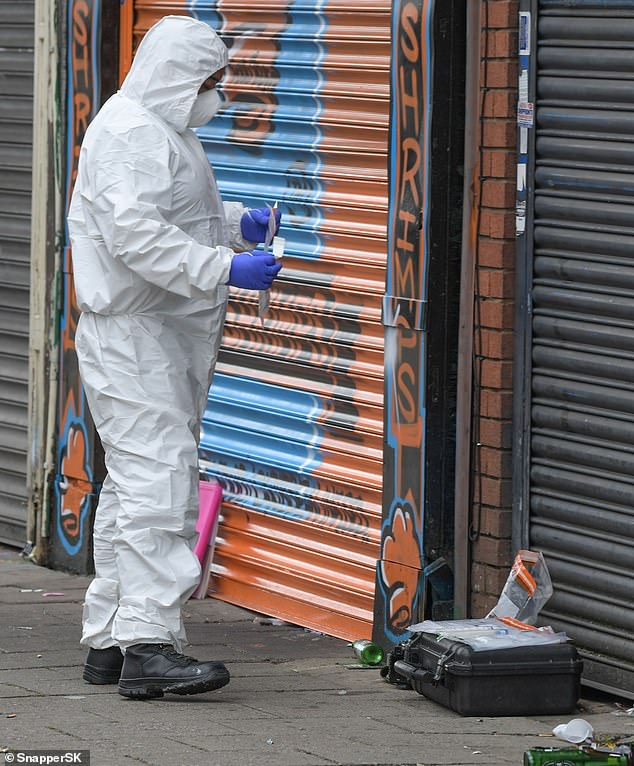 A forensic officer recovers evidence after the street party in Winson Green, Birmingham 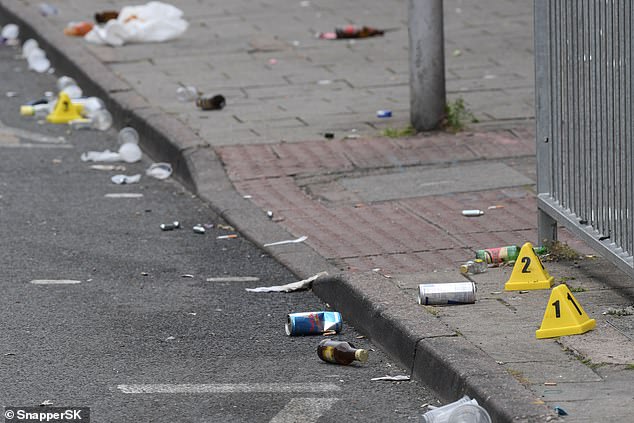 West Midlands Police are appealing for any witnesses or anyone with footage recorded on a mobile phone showing the disorder or the shooting to get in touch.

A resident who lives in an apartment overlooking the road with their wife and child told Express & Star: ‘Women were even dancing on cars, twerking, it was like a full on party. They had a barbecue and even a bouncy castle, it was surreal.’

They added: ‘I live with my wife and my child and I don’t want to put them in danger because people who don’t live here have decided to have a rave.’

A spokesman for West Ambulance Service confirmed two ambulances and two paramedics attended the scene after police called them at 1.59am, Express & Star reported.

They said they treated a man for injuries not believed to be serious and two women for minor injuries. All three were taken to hospital for further treatment.