On the prowl after lockdown: Five lion cubs take their first steps outside after they were born nine weeks ago at Woburn Safari Park

Five lion cubs have taken their first baby steps into the outside world at a safari park in Bedfordshire, nine weeks after they were born.

The litter of five, as yet unnamed, have been photographed wandering around an enclosure at Woburn Safari Park with their mother Dakota yesterday.

All five lion cubs were born nine weeks ago at the safari park which was closed at the time because of the coronavirus lockdown. 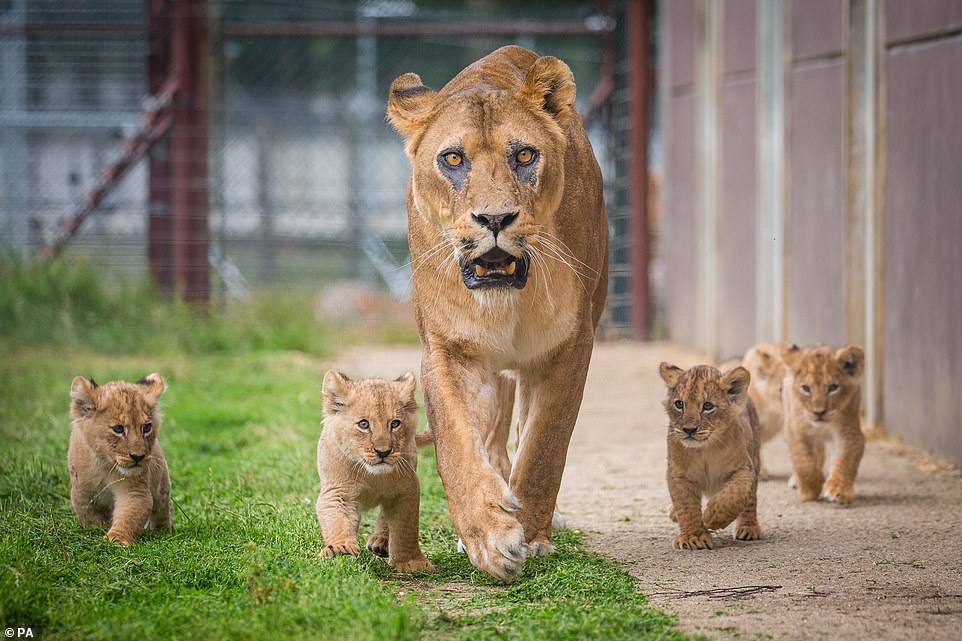 Mother Dakota leads her five, as yet unnamed, lion cubs into their paddock at Woburn Safari Park to explore the outside world for the first time 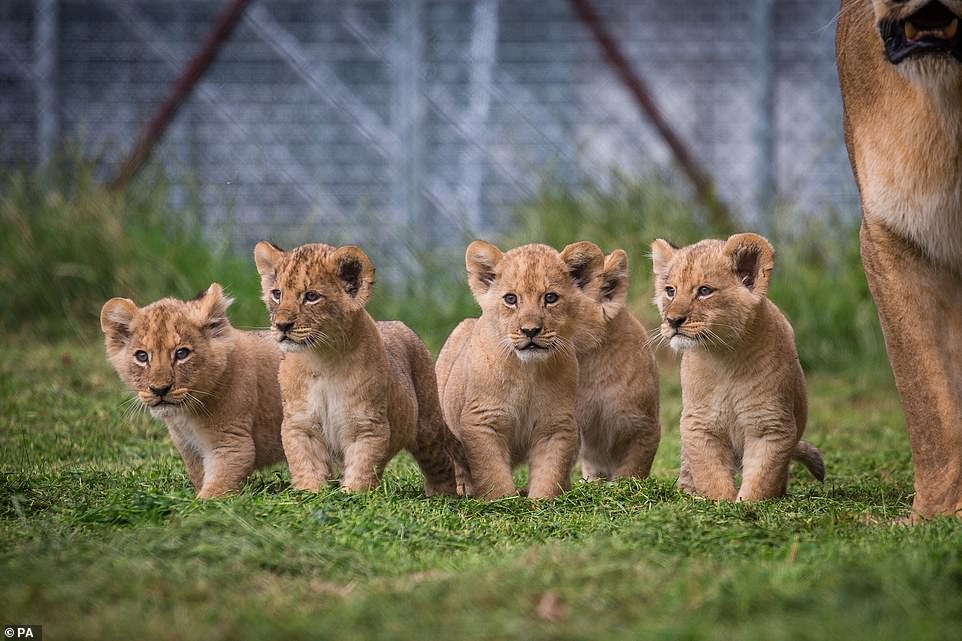 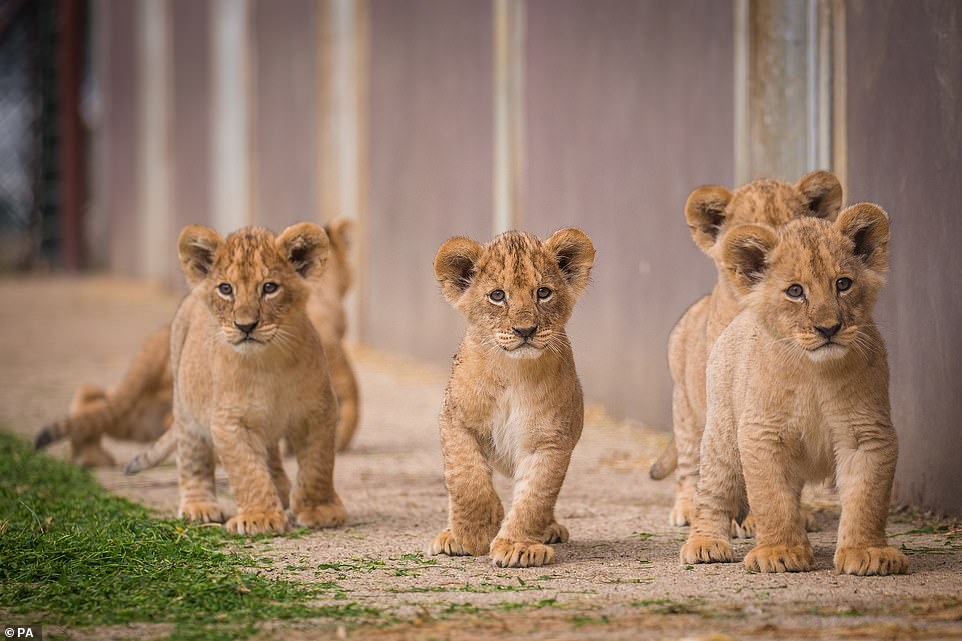 Now that zoos and other animal parks have been given permission to re-open, the animals have wasted no time in using their new-found freedom to explore their enclosure 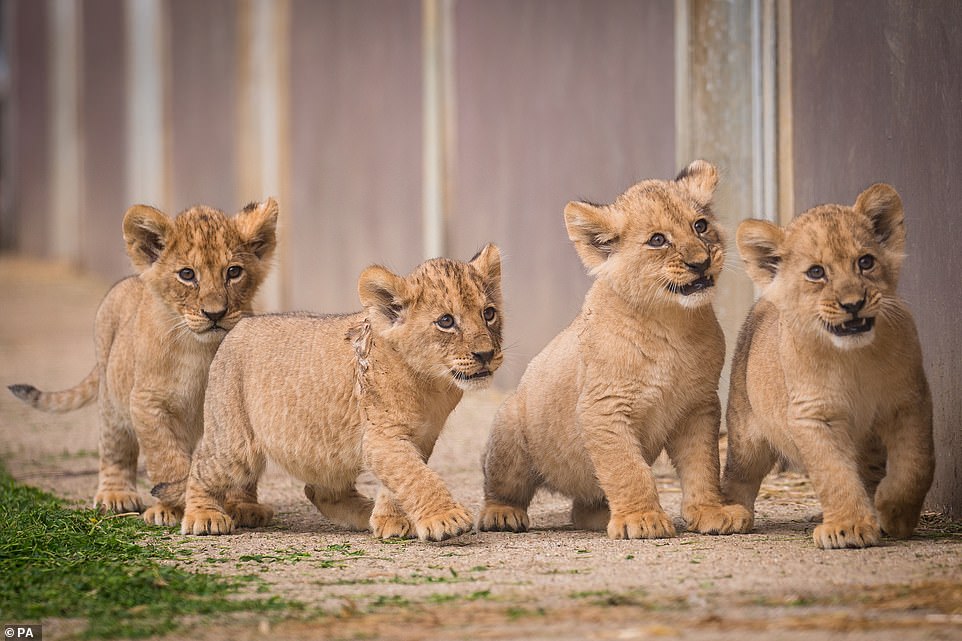 Follow the leader! The cubs are cautious of leaving their mother at first and follow behind her as they enter their outdoor enclosure for the first time

With zoos and other animal parks given permission to re-open though, the cubs have finally been able to take a walk outside to explore their paddock.

Craig Lancaster, Woburn’s head of carnivores, said: ‘It is wonderful to welcome yet another litter of cubs to the Park, especially one as large as this one.’

‘Dakota’s natural mothering instincts are brilliant and as this is her second litter she has settled into life as a mum again really well.’

The cubs were born on April 24 during the middle of the lockdown and until now have been forced to grow up inside.

Mother Dakota and father Joco lead the pride of lions at the zoo which now numbers 13 animals with the arrival of the new cubs.

The pride’s new arrivals consist of four males and a female and all have completed their first health checks and received their vaccinations.

Dakota is being fed five days a week to make sure she has enough milk for her cubs – normally lions are only fed four days a week to recreate the conditions in their natural hunting patterns. 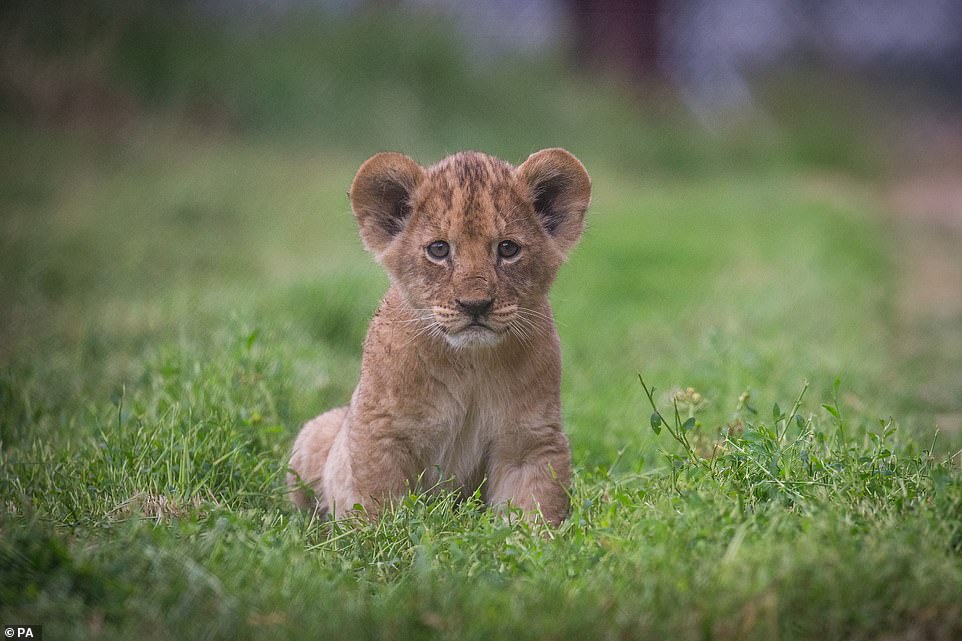 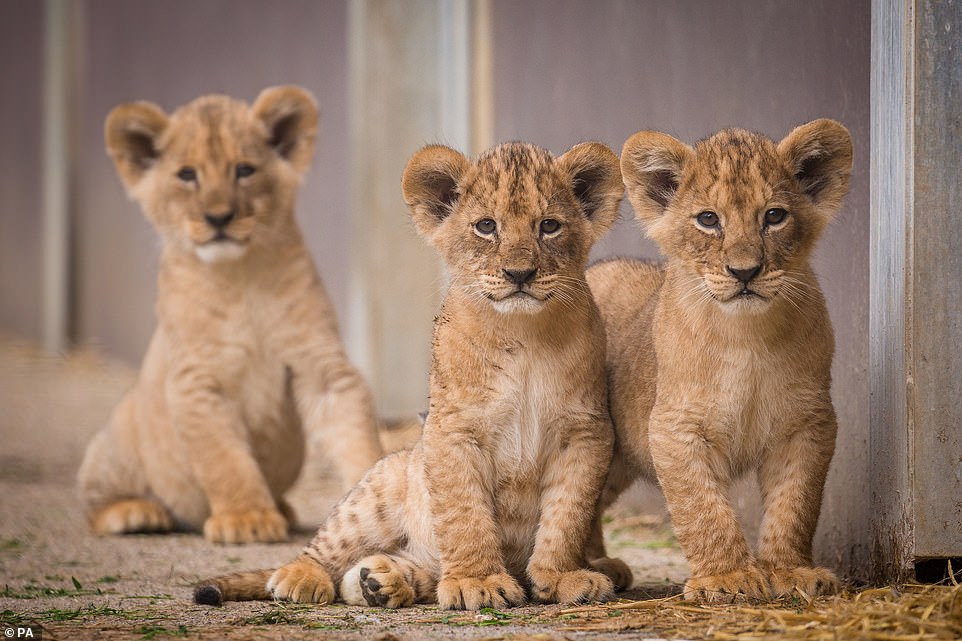 Family portrait: Three of the cubs look as though they are posing for the camera as they all stare straight at the direction of the photographer