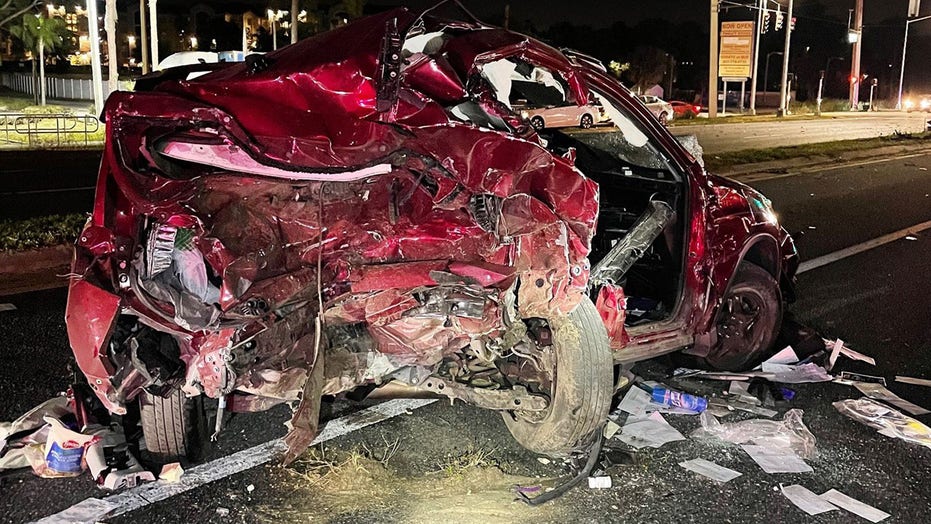 An 11-year-old Florida girl was killed Friday night after a car suspected of street racing crashed into a vehicle carrying her and two other passengers, authorities said.

Three vehicles were involved in the crash that occurred on U.S. 192, FOX35 Orlando reported, citing the Florida Highway Patrol.

A Dodge Charger failed to slow and struck the SUV carrying the 11-year-old and two other females from behind, the FHP said. The SUV hit the median and collided with a warning sign.

The Charger then struck a speed limit sign while a Kia Optima was hit by debris, according to authorities. Witnesses told troopers that the two vehicles appeared to be street racing. 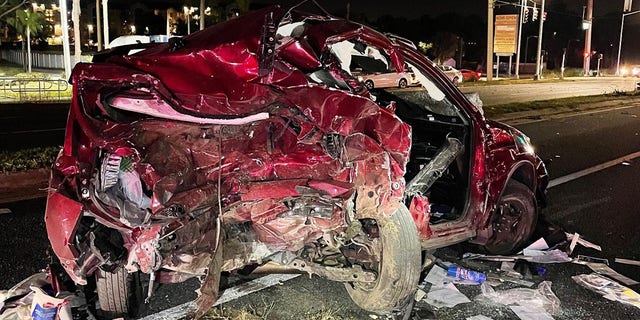 FHP released a photo of the vehicle that was carrying an 11-year-old girl and two other females when it was rear-ended by a car believed to have been street racing.
(Florida Highway Patrol)

The child was killed in the crash and the driver and passenger in the SUV were left with “serious” and “critical” injuries, respectively, the Orlando Sentinel reported.

The 19-year-old and 17-year-old drivers of the Charger and Optima were not injured, the reports said.

“Troopers have been out in force, for the past year, trying to stop what happened last night,” FHP Orlando tweeted Saturday. “This crash was 100% preventable. Charges are pending against the 19- and 17-year-old drivers.”

Authorities did not immediately release the identities of the victims or the teenage drivers.