Food blogger, 37, who bombarded woman he was dating with 11 pages of abusive messages calling her fat, ugly, and ‘a piece of plastic silicone’ after she rejected him avoids jail

A food blogger who bombarded a woman he met through a dating app with 11 pages of abusive messages after she rejected him has avoided jail.

Dorset chef James Larby, 37, lased out at Rachel Neillings, 35, after she broke off their courtship, Poole Magistrates’ Court was told.

He had changed his Facebook status to ‘in a relationship’ while they were in the early stages of dating, causing Ms Neillings to ‘take a step back’.

Unable to cope with the rejection, Larby lashed out at his victim in a string of vile messages, calling her ‘fat and ugly’ and a ‘piece of plastic silicone’ – a cruel reference to her having had breast implants, the court heard.

The food blogger also threatened to throw scolding coffee over her and threatened to spit in her face during the pandemic if he ever saw her again. When printed out, the messages covered 11 pages of A4 paper. 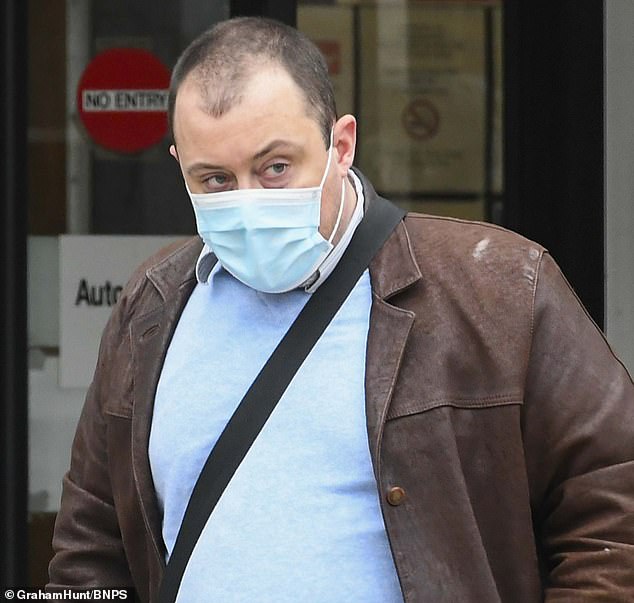 Dorset chef James Larby, 37, lased out at Rachel Neillings, 35, after she broke off their courtship, Poole Magistrates’ Court was told

Larby, who lives in a detached £2million house in Poole, pleaded guilty to sending malicious communications at magistrates.

In a statement read out by prosecutor Siobhan Oxley, Ms Neillings described the impact the barrage of abuse had on her life.

She said: ‘The disgusting 11 pages of abuse I received from James has caused me to feel scared and anxious. For a while it caused me to wake up in the night worried and scared that he was going to knock on my door.

‘Every time that I went out shopping I was scared that I would bump into him, especially as he threatened to spit in my face and throw scorching hot coffee over me if he ever saw me.

‘I also began to question myself because in the messages, he refers to me as a ‘plastic silicone’. This is because I have breast implants which I got to help with my confidence – instead his nasty words have caused it to take a knock.

‘James was not the guy I thought he was. The incident has given me concerns about using dating sites to meet someone.

‘It has really put me off and I do not feel that anyone has the right to treat me this way, especially not someone I was in the early stages of dating.’ 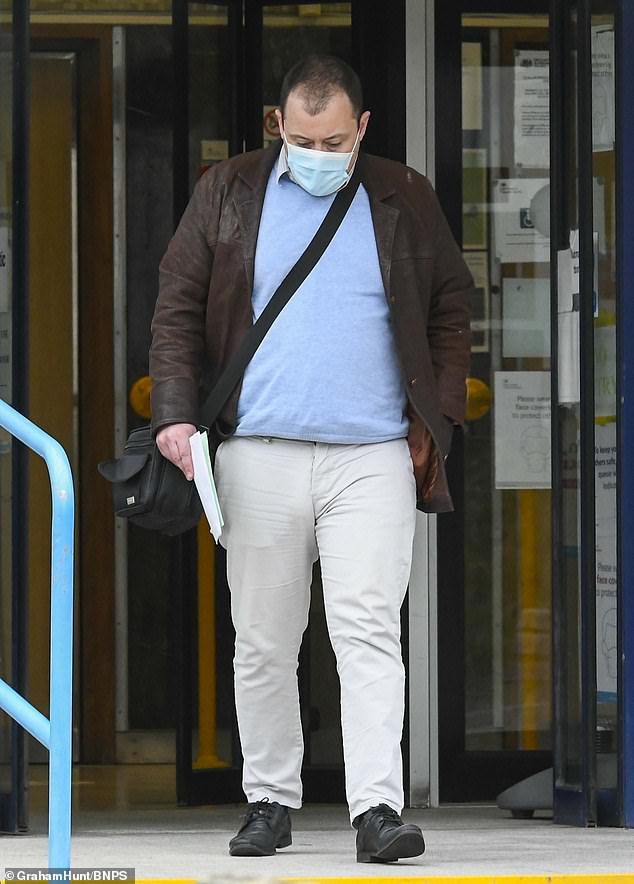 Unable to cope with rejection, Larby lashed out at his victim in a string of vile messages, calling her ‘fat and ugly’ and a ‘piece of plastic silicone’ – a cruel reference to her having had breast implants, the court heard

Ewa Russell, mitigating for Larby, said her client accepted responsibility for the ‘disgusting’ messages. She said: ‘He changed his relationship status on Facebook which caused the complainant to take a step back.

‘He fully accepts responsibility and says what he did was disgusting. When I read a paragraph to him from her victim impact statement he was genuinely shocked.’

District judge Stephen Nichols handed Larby a six week prison term, suspended for a year. He was also handed a 12 month community order and an eight week curfew meaning he cannot go out between 8pm and 8am.

Addressing Larby at the end of the hearing, Mr Nichols said: ‘You have admitted to sending a large number of very vile messages to the complainant, covering some 11 pages of A4.

‘You then made further threats to her saying what you would do to her if you were to see her in the street. These, in my view, are very serious matters.’

Larby was handed a year-long restraining order preventing contact with his victim. He must also pay £300 in compensation and £85 in prosecution costs.