We are still waiting for Forbes Australia, the local offshoot of the global business magazine publisher, to announce its local editor in chief, but a separate part of the Forbes global brand has just made a big play at the top end of the trophy real estate market.

Forbes Global Property launched in 2020 and a local offshoot will launch in Australia this week. It has managed to pull in some very big names indeed. Think Bellevue Hill meets Toorak. 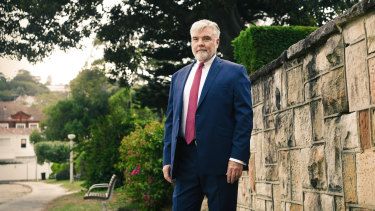 Ken Jacobs has held the fort for the local outpost of Christie’s International Real Estate auction empire for 21 years.Credit:Peter Braig

The local licence has been snared by a gang of four which includes Ken Jacobs, who has headed up Christie’s International Real Estate out of Double Bay in Sydney.

In December, Jacobs took little more than a week to secure about $30 million for the sale of the Bellevue Hill trophy home owned by film producer Antoinette “Popsy” Albert, of the Albert music impresario family who produced Strictly Ballroom.

Jacobs, who is an international board member of Forbes Global Property, is someone who knows the value of an international brand name, as he managed to hold the fort for the local outpost of sprawling Christie’s International Real Estate auction empire for 21 years. He will maintain links with Christie’s while working with Forbes. 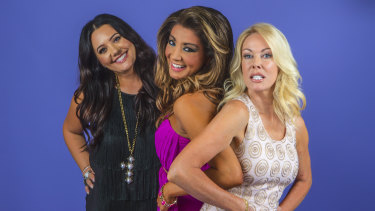 The pair are directors of Private Property Global, which has acquired the Australia Pacific licence for Forbes Global Property. Completing the team is ex-Ferrari executive Robert Fletcher and property marketer extraordinaire Tracey Atkins, journalist and founder of Goldeneye Media.

The real estate agency and magazine are planning lots of tie-ups when the latter launches mid-year. “The future of media and real estate is merging,” Jacobs told CBD.

Gibson stepped down as Kay & Burton managing director and sold his shareholding three years ago but remained as an agent. He left the agency in November.

In October, he helped to sell the most expensive house sold at auction in Australia, when Sam Gance, the owner of Chemist Warehouse, and wife Janet Roach, The Real Housewives of Melbourne reality-TV show star, dropped about $43 million on a five-bedroom, four-bathroom, six-car Toorak trophy home. The Lansell Road mansion has a cinema room, leisure centre, kitchen with a wood-fired pizza oven, chicken rotisserie and teppanyaki grill, and an adjoining service wing containing a laundry, powder room, mud room and housekeeper’s room. 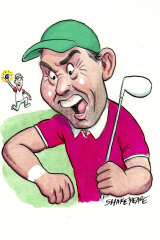 International tennis megastars are just as forgetful as the rest of us. Or so some sources close to Melbourne’s Olympic Park would have us believe with an incident regarding Rafael Nadal that went down last week before he clinched the men’s final and strode into the history books.

On a day between matches, the Mallorcan tennis star nipped to Melbourne’s bouji Capital Golf Course for a leisurely round. And while there’s no word on the star’s form on the course, we’re told that there was near-miss when the tennis pro put down his distinctive ice-blue Richard Mille RM-27 wristwatch in the golf cart and then forgot about it.

Thankfully, it didn’t turn into a Cat-5 crisis. If the source is to be believed, an attendant returned the million-dollar timepiece after finding it in the cart. In the blanket coverage since Rafa’s history-making, 5½-hour win, it has been impossible to miss the timepiece on his wrist as he clutched his trophy. As Gear Patrol reported on the match against Russian Daniil Medvedev: “Impressive tennis and horology on display.”

So did it really happen? We’re taking Tennis Australia’s silence in response to questions as a yes.

But don’t expect the PM to be carting his papers around in the luxury leather satchel. He’s surrendered it to the Department of Prime Minister and Cabinet.

Other international leaders also engaged in festive season gift-giving. Indonesian President Joko Widodo presented the PM with an ornamental horn and silver miniature gong which was also surrendered to the department. Is that the political equivalent of a regifting drawer? Or a safeguard against a repeat of the US government’s walkabout bottle of whisky debacle.

WHISKY WITH A Y

Speaking of which, Macarthur MP Mike Freelander scored a stonker from blinds manufacturer Wynstan who gifted the paediatric expert a bottle of Glenlivet Scotch Whisky valued at $700 in late January. Must be some tipple.