A NAZI concentration camp named 'Little Auschwitz', built specifically to torture, starve and experiment on 20,000 children has been brought to life based on witness testimonies and photographs.

The new CGI reconstruction of Hitler's only purpose built children's concentration camp gives a harrowing glimpse into the horrors the youngsters suffered at the hands of unimaginable Nazi monsters. 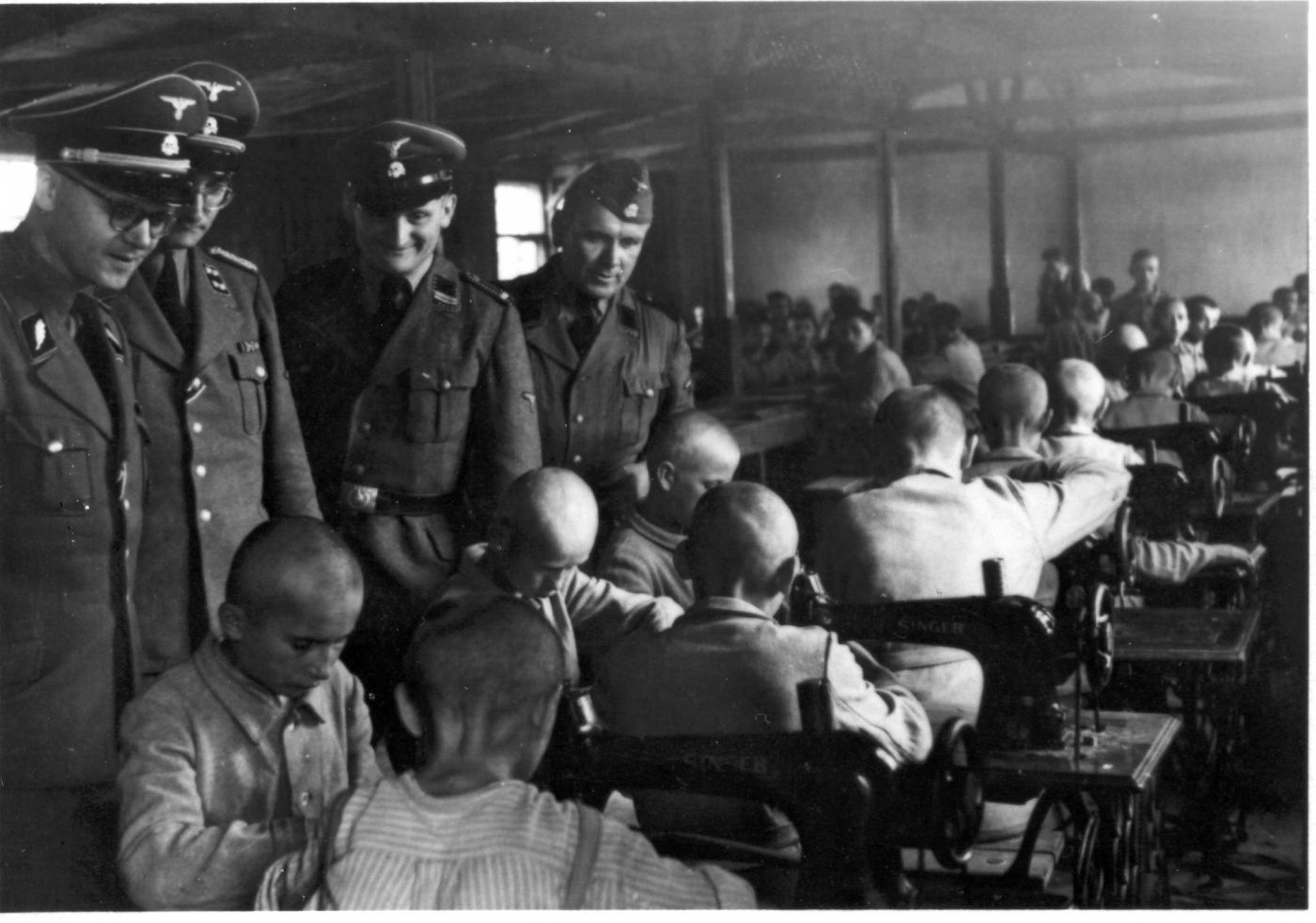 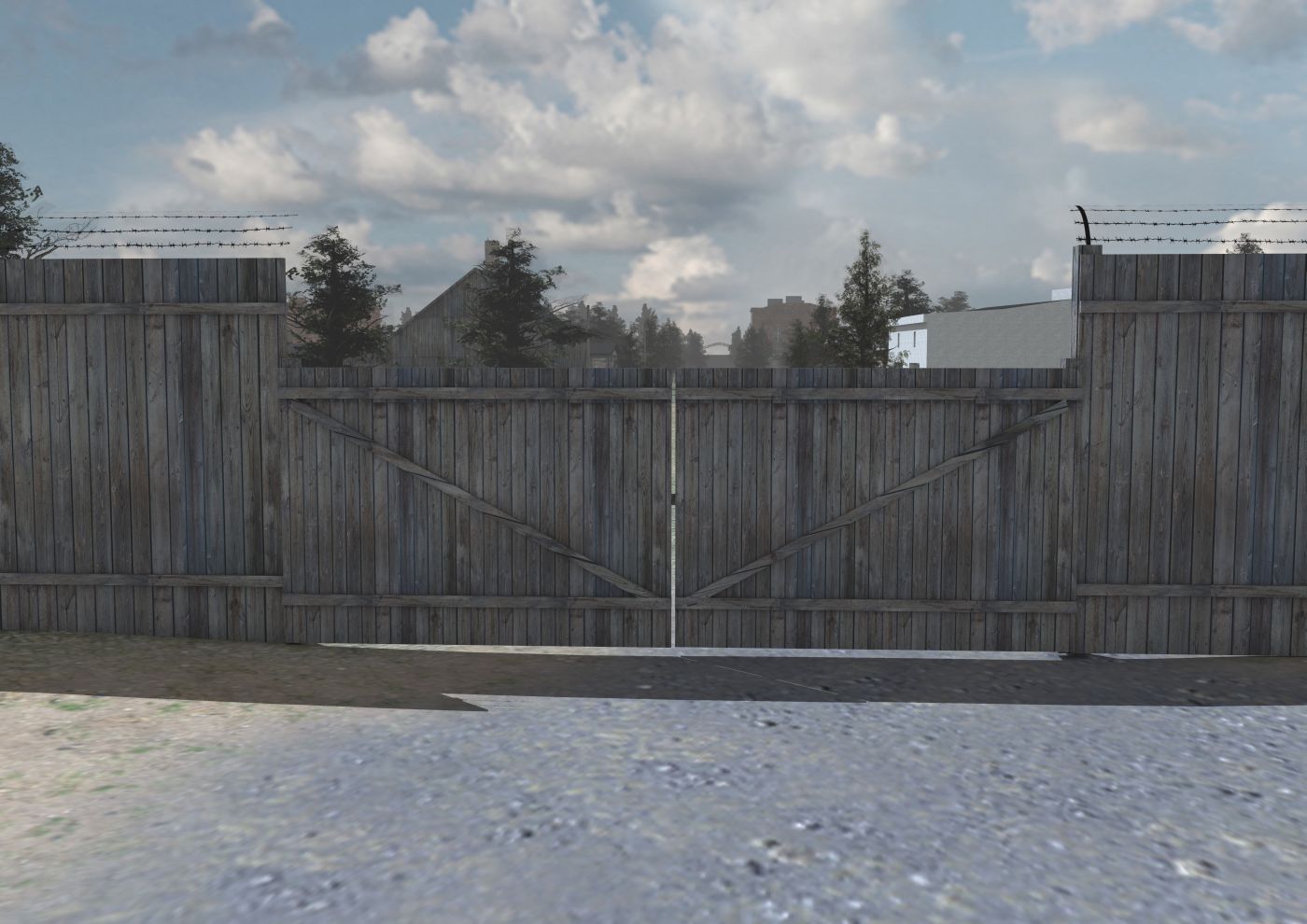 A chilling new visualisation put together by researchers from Poland's Institute of National Remembrance has revealed the layout of the Preventive Security Police Camp for Polish Youth in Lodz, where hundreds of children were brutally murdered during WWII.

The team analysed old photographs that revealed the devastating camp conditions and poured over heartbreaking court testimonies from survivors and witness accounts to recreate a coloured digital model of the camp.

The interactive map shows dozens of camp buildings, including the morgue where children's bodies were stored, filthy accommodation blocks where dozens of children were crammed inside and the commandant's office that housed the sadistic Edward August. 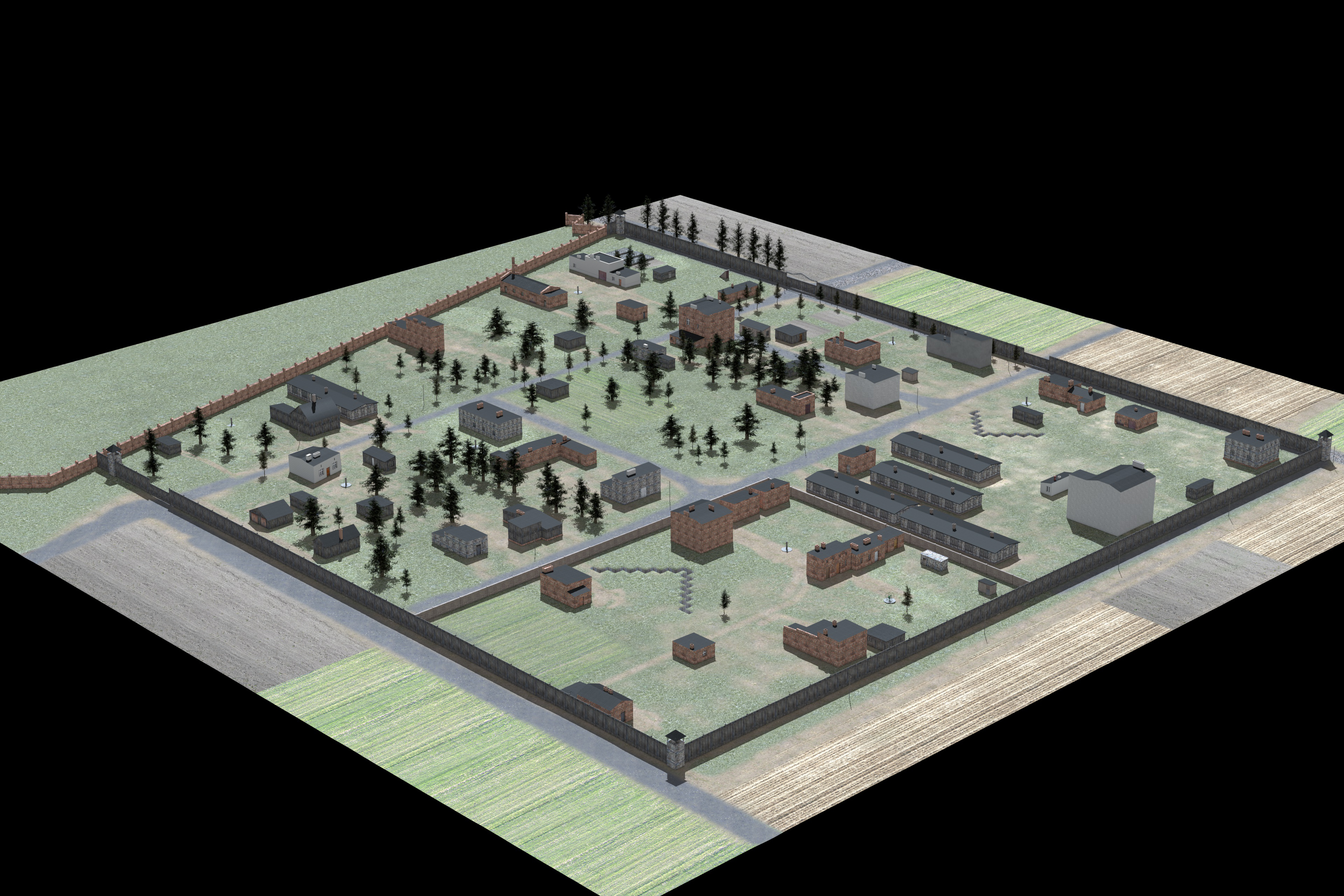 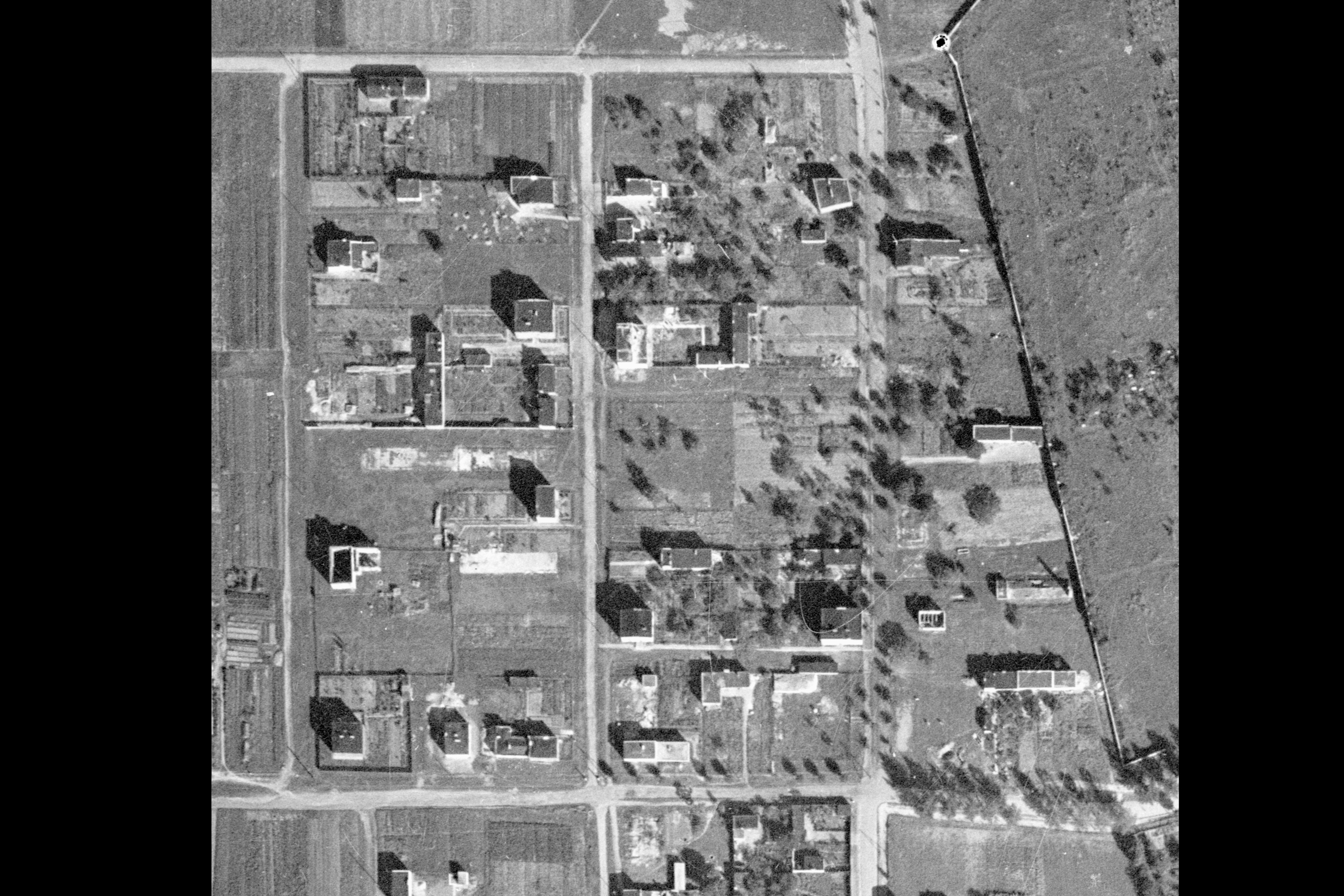 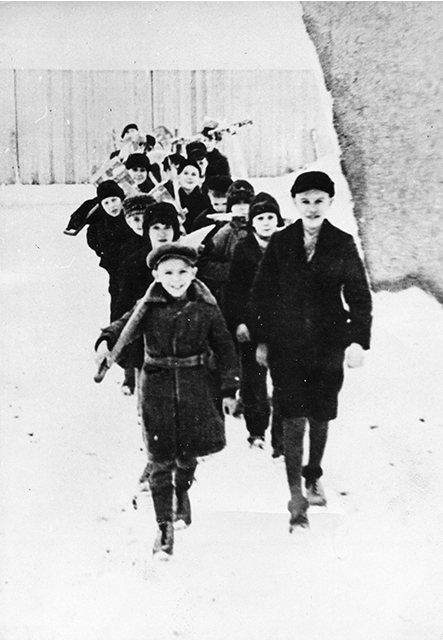 The children's concentration camp was established by Hitler's Schutzstaffel (SS) in the city of Lodz, Poland, on the orders of SS chief Heinrich Himmler.

The camp soon became known as 'Little Auschwitz' because of its high death rate and the violence metred out by SS thugs in charge.

As many as 20,000 innocent Polish children aged between two and 16 were torn from their families and imprisoned alone in the camp where they were beaten, tortured and starved.

Around 300 children were murdered or died within the camp walls though the exact number is unknown as documents were destroyed by the fleeing Germans as the Red Army advanced on January 19, 1945.

Inmates were crammed in wooden blocks that offered little protection from the cold during winter, while the German guards were accommodated in brick buildings.

Prisoner testimonies tell of constant, unrelenting hunger as the children were systematically starved to death.

They would be given just one slice of bread and half a litre of black coffee for breakfast, and nothing else for the rest of the day while they were forced to work gruelling manual labour jobs under the watchful eye of camp guards.

They were given just a litre of thin turnip or potato soup with beet leaves or cabbage for dinner. They were very occasionally given a spoonful of marmalade, according to The First News report. 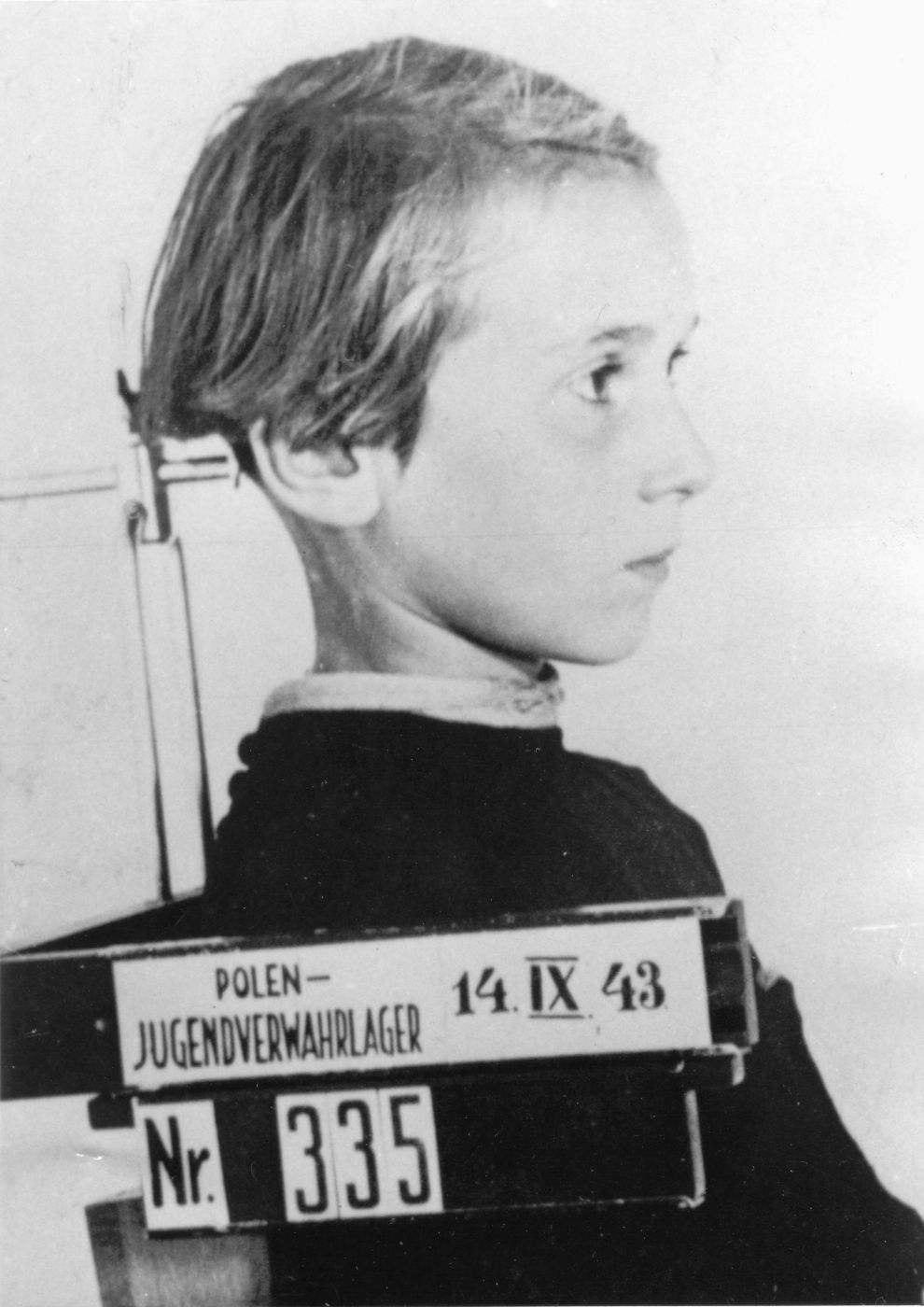 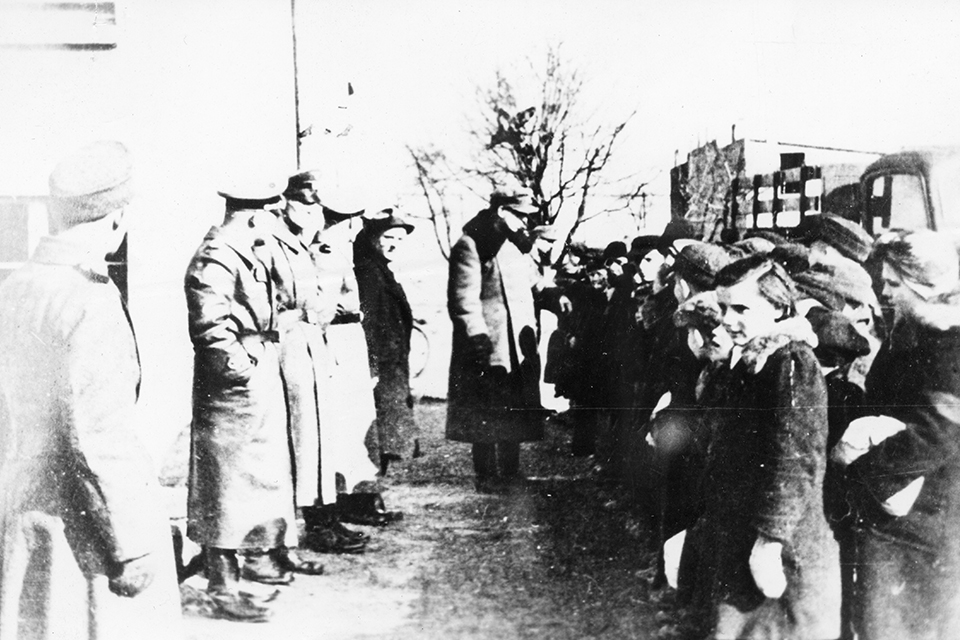 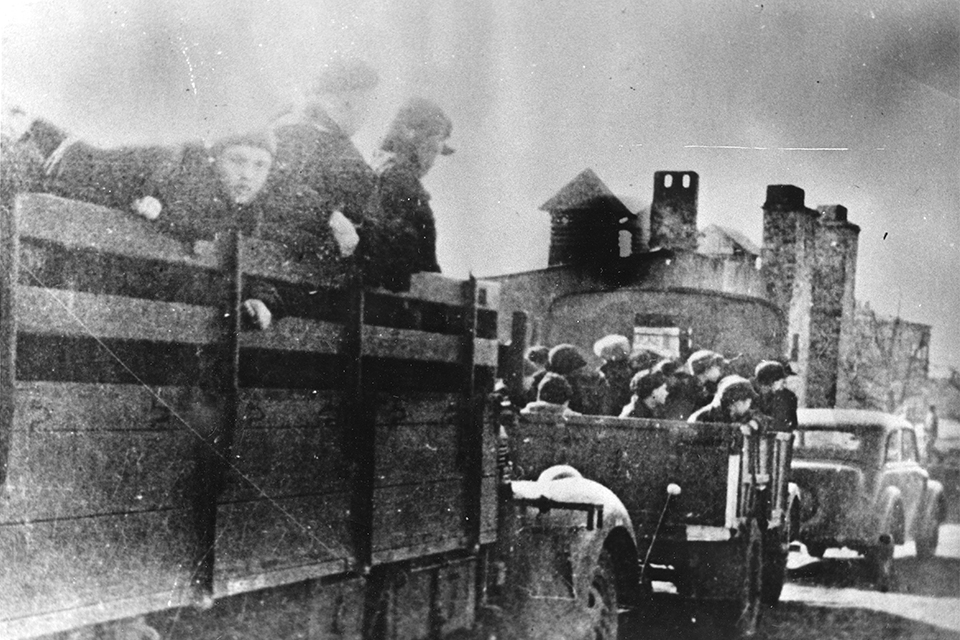 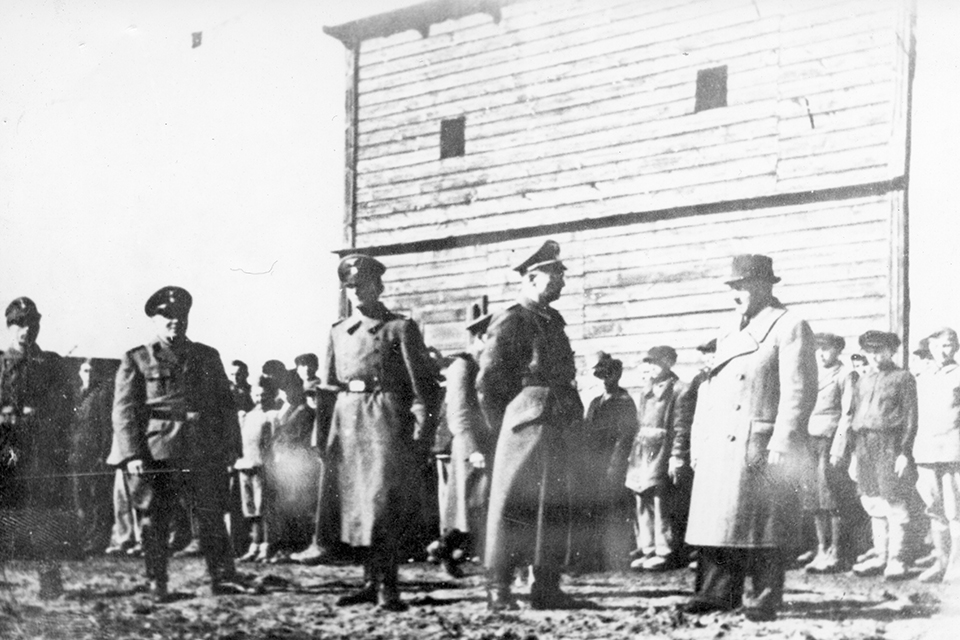 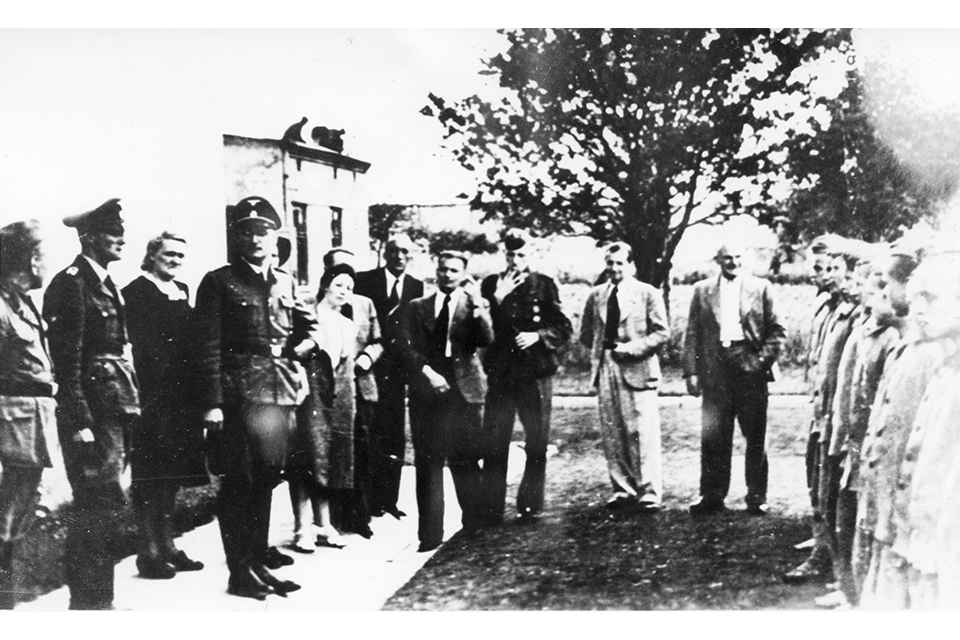 They became experts at hunting birds and rodents and they would sprinkle dead flies and insects into their watery soup.

Children were forced to sleep in camp uniforms on bare planks, which rotted when they wet themselves in fear of camp brutality.

They were made to wash outside, usually without soap, in freezing conditions under a pump or in a basin.

Until spring 1944 there was no active bath or room to steam clothes meaning the kids were infested with camp lice, but kids that were found to have them were flogged or starved as punishment by sadistic guards.

Children died of starvation, from vicious beatings and floggings, and from a typhus epidemic in late 1942 and early 1943 as well as other diseases due to the filthy conditions.

Those who survived were subjected to forced labour morning to night and dehumanising punishments.

One of the camp's most infamous guards was the sadist Edward August.

Camp survivor Jozef Witkowski said: "He was constantly drunk. He was omnipresent. He took pleasure in subjecting prisoners to the most imaginative torture.

"He beat and kicked them in the most sensitive places, he buried them in boxes of sand, dunked them in a barrel of water, hung them by the legs on a chain and lowered their heads into a tank with used car lubricants, he cut their genitals with a penknife, beat their heels and extinguished cigarettes on prisoners' chests."

'HE CUT THEIR GENITALS WITH A PENKNIFE'

Sydonia Bayer was the Nazi thug in charge of the girls' section of the camp and was nicknamed "Frau Doctor" by the children.

The former saleswoman had a basic understanding of First Aid and was put in charge of blocks where severely ill children were taken.

Jozef recalled: "She liked to drag sick children into the snow and pour cold water on them. She ordered them to be whipped, beaten, kicked, deprived of meals.

"As a form of repression for children who wet their beds, she organised a special penal 'block for children unwittingly urinating'."

Survivor Maria Jaworska recalled how a 10-year-old girl who had wet her bed died a few days after being savagely beaten by Bayer.

Camp records show that Bayer recorded tuberculosis as the cause of the girl's death.

Children were also subjected to horrendous experiments as guards infected them with various diseases to test treatment methods.

While many of the camp’s guards avoided justice, Bayer and August were arrested after the war and executed for crimes committed against children at the camp.

Hidden inside the Lodz Jewish ghetto on Przemysłowa Street, the camp was the only camp to be established by Himler and the SS in occupied Europe. It opened December 1 1942.

The children were isolated from the main ghetto by a high wooden fence constructed by Jewish prisoners.

The victims were mostly the sons and daughters of parents who belonged to the underground resistance movement, nicknamed "dangerous bandits" by the Nazis. Homeless children, young petty criminals, and those with mental and physical disabilities were also forced into the camps.

The prisoners were immediately stripped of their identity and names, being referred to only by number, and forced to wear grey prison uniforms and clogs, much like the infamous "striped pyjamas" of Auschwitz.

Director of the Marek Edelman Dialogue Center in Lodz, Joanna Podolska-Płocka, told Polish media outlet The First News: "The survivors said that because it happened to children, it was not treated seriously. 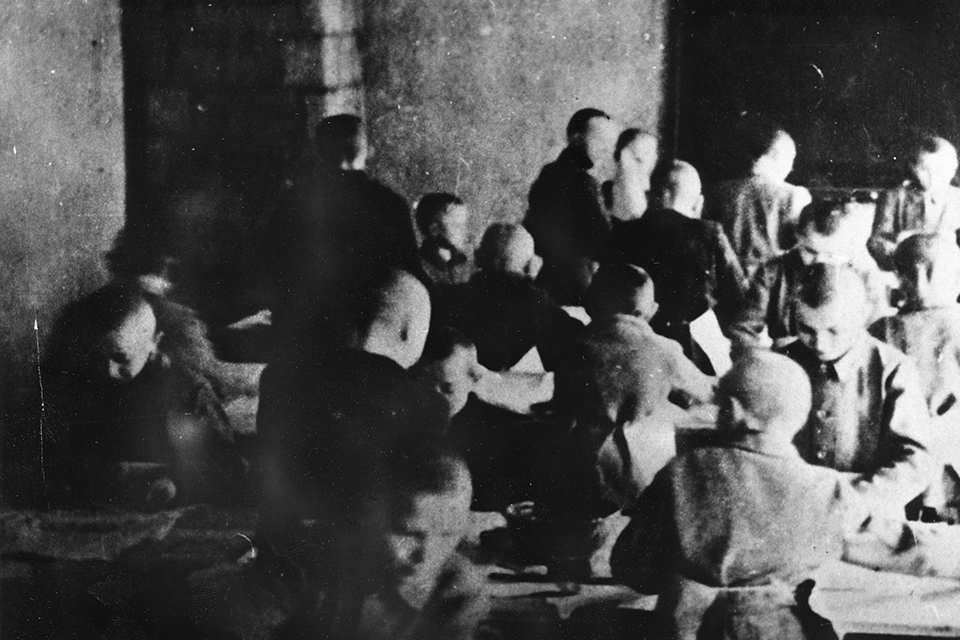 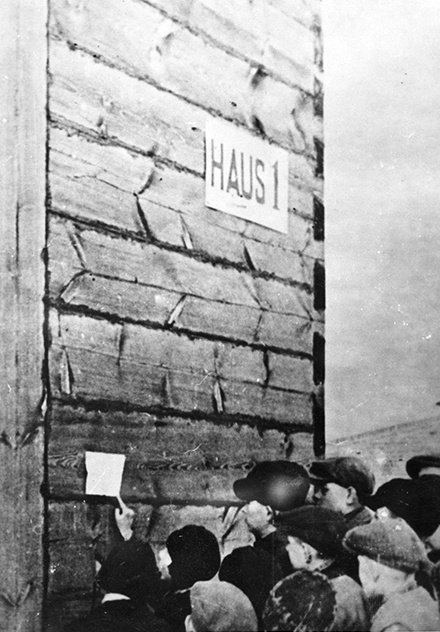 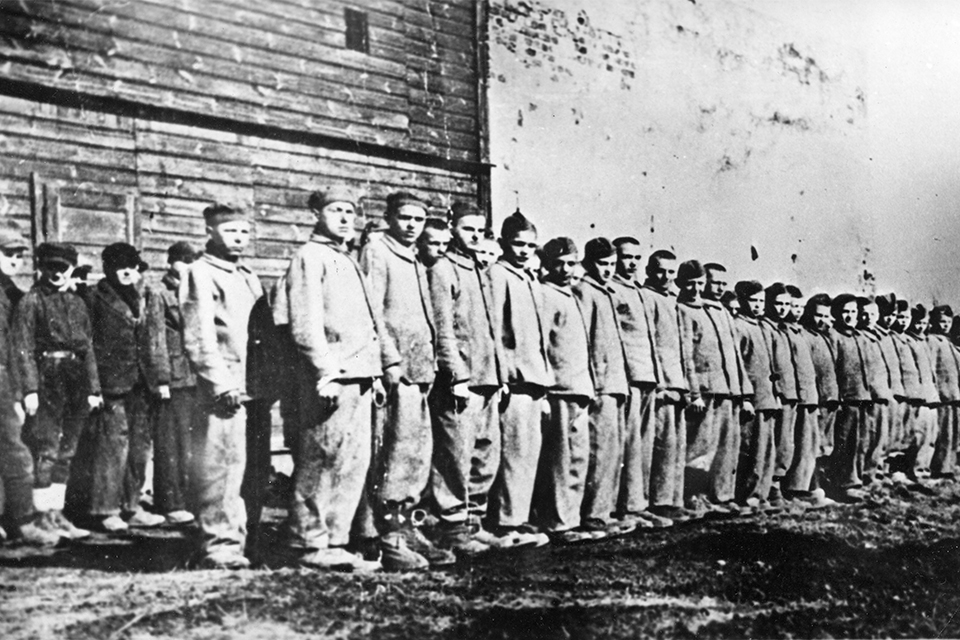 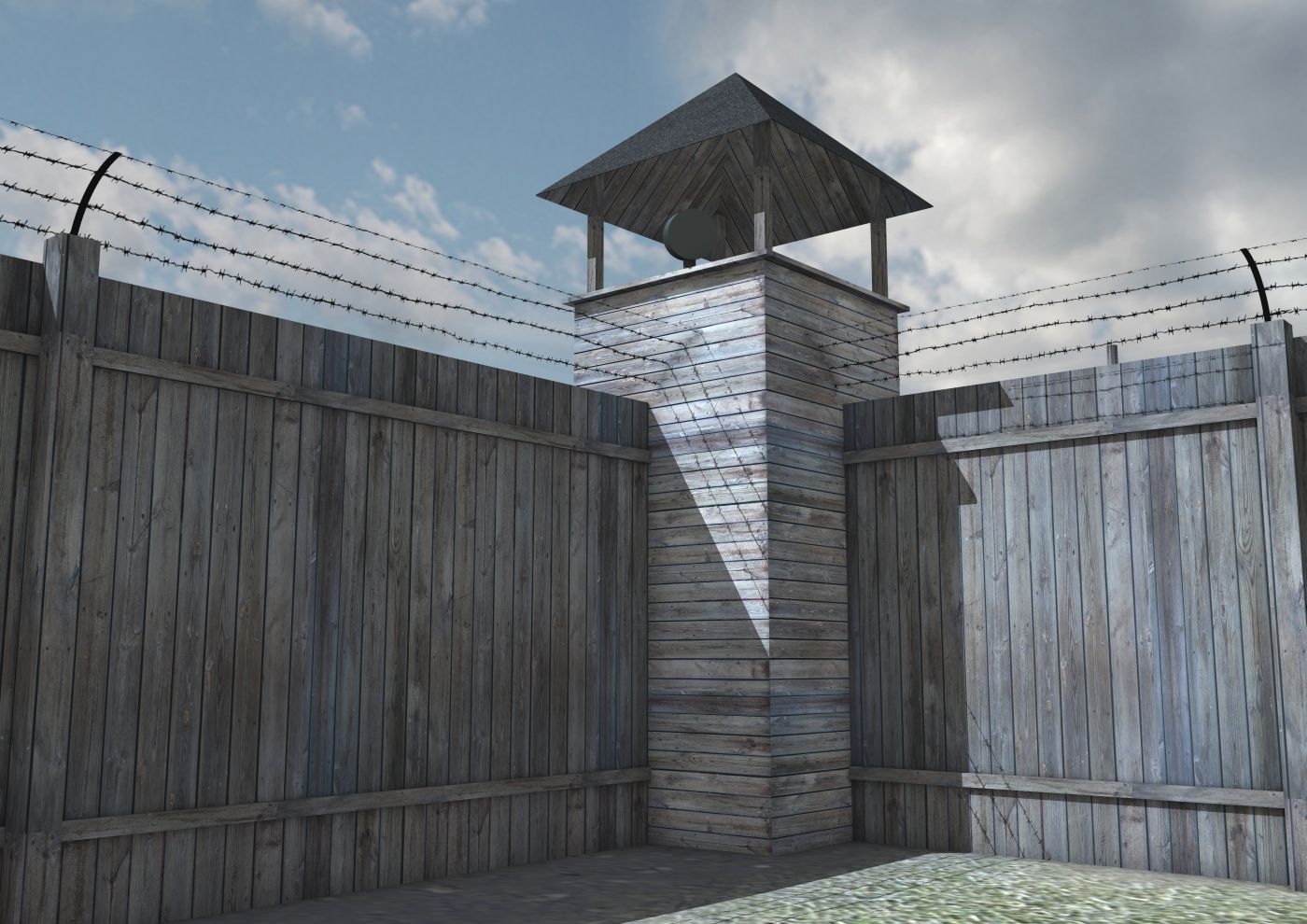 "Nobody could believe that they were treated badly. Also, because of where it was situated, most people think that it was just another part of the ghetto, but they are shocked when they learn it was a totally different camp."

Survivors said the barbaric conditions were worse than other camps, though the site was not officially part of the Nazi's concentration camp network.

Artur Ossowski from the Institute said: "The visualization will help to better understand the nature of the camp and will be a tool for teachers trying to familiarize students with the issues of martyrdom of Polish children during World War II.

"Its layout, the shape of buildings and barracks have been reproduced, prisoners' testimonies were added and linked to the right places."

Podolska-Płocka told The First News: "What is very sad is that these children were not treated as victims. They were told they had not been in a concentration camp so it was nothing. They had to fight for many years to be treated as victims.

"Many of them were too young to know their own identities and some never managed to find out who they were."

The camp ran until the end of German occupation on January 19, 1945 and around 800 child prisoners were discovered inside when the gates opened.

Much of the camp has since been rebuilt and turned into flats.

Some original buildings including workshops and the commandant buildings remain, though these have also been converted into accommodation. 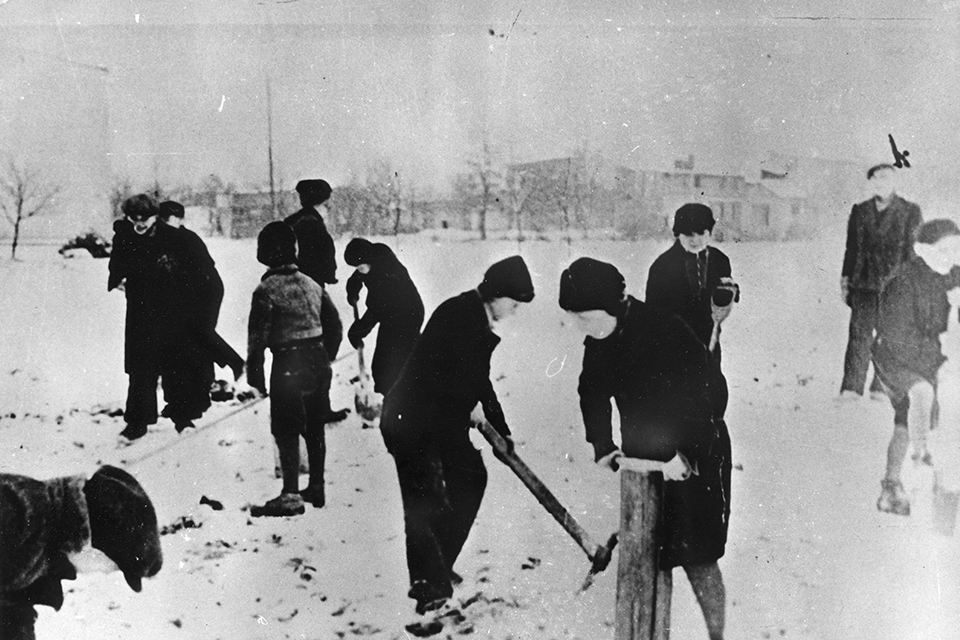 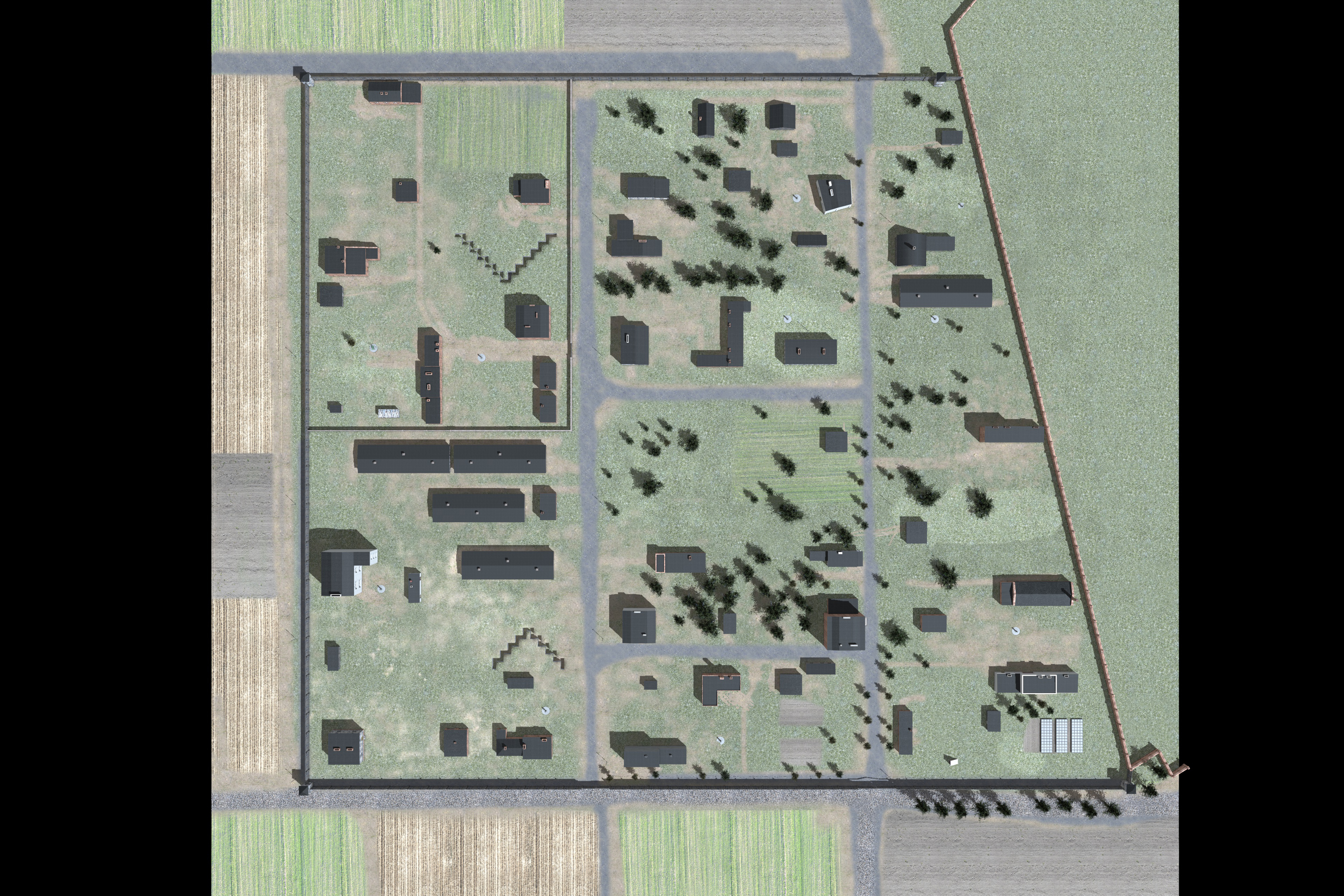 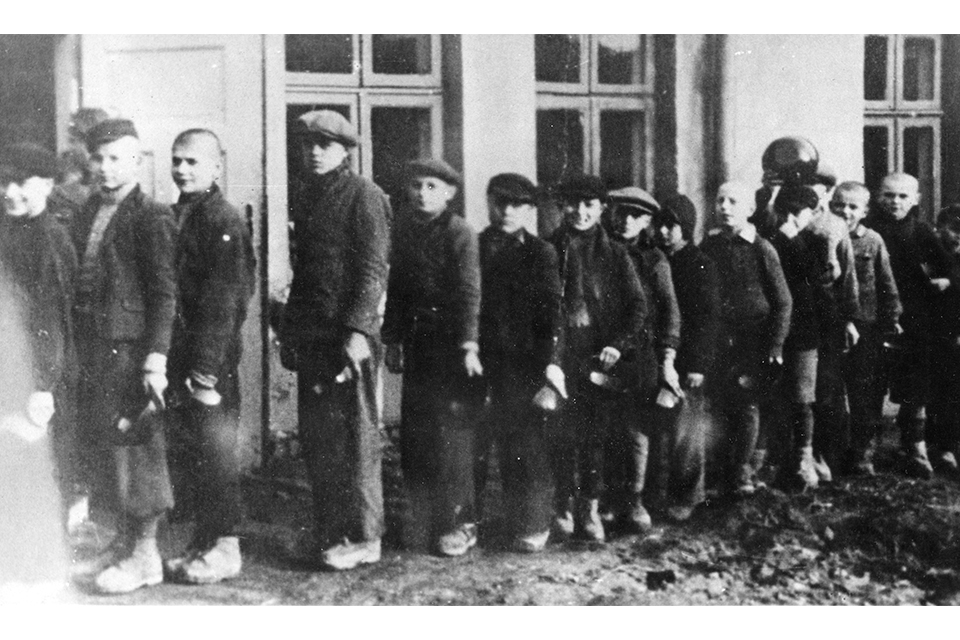 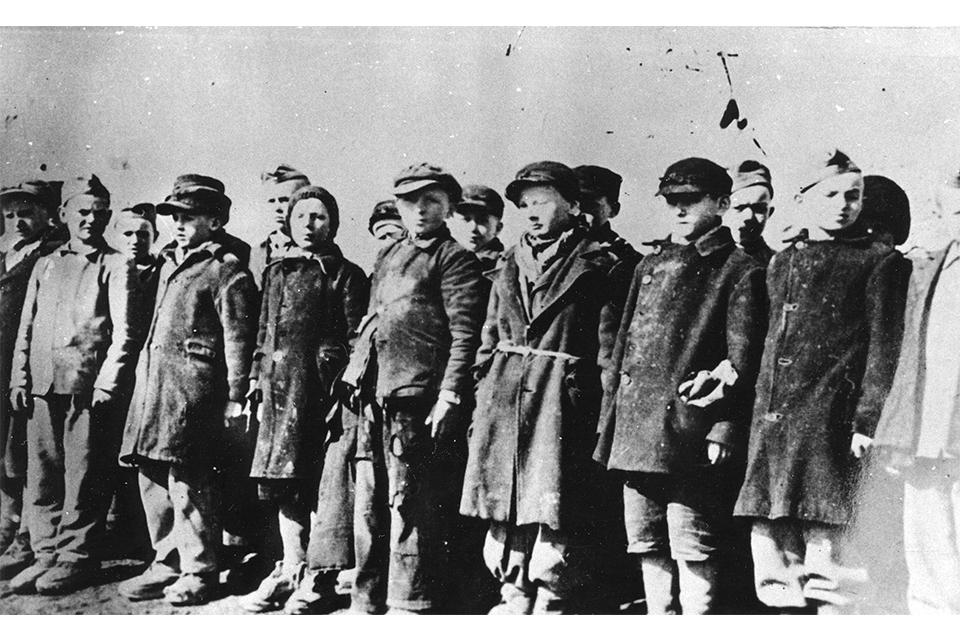