Not so crafty! Furious swan chases fox into lake after it tries to steal cygnets from her nest

A feisty swan has been caught chasing a fox into a lake in a bid to protect her nest.

Lee Michael Willcocks, 47, from Milton Keynes, took the images on May 13 while visiting Willen Lake.

The images show the angry swan chasing the fox as it’s forced to swim in the water to escape a fight. 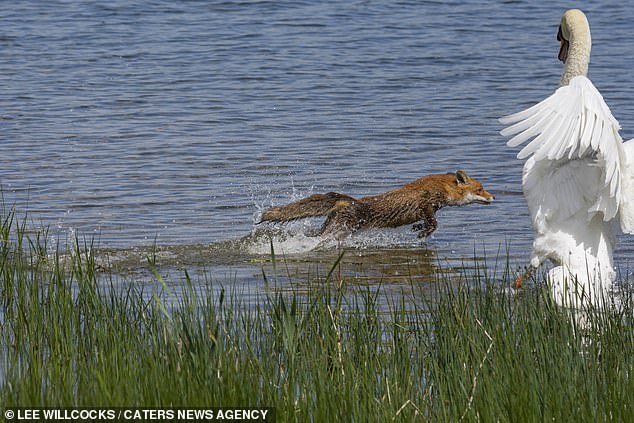 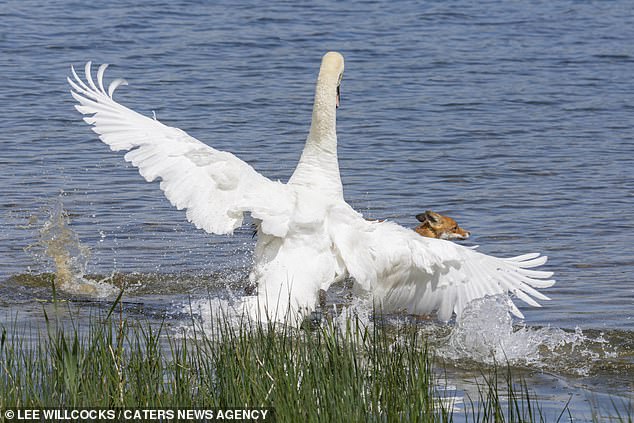 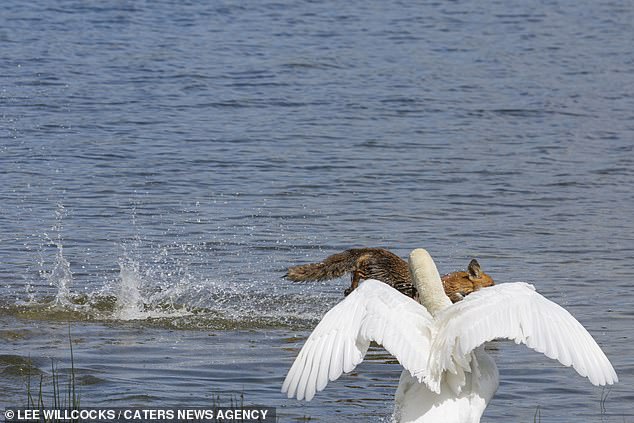 It is the mating season for swans in Britain and plenty of cygnets up and down the country are being produced. However this also provides predatory opportunities for foxes hoping to find a meal for their growing cubs.

Lee, a materials inspector, said: ‘Two swans, one male and another female were protecting their nest.

‘I found the whole experience extremely intense, the fox knew it couldn’t turn back as that would have taken longer due to being in water, and it had to keep the drag as low as possible, or that would of slowed any chance of escaping in one piece.

‘Knowing Swans it would have used its powerful wings to beat it and drown it with its size.’ 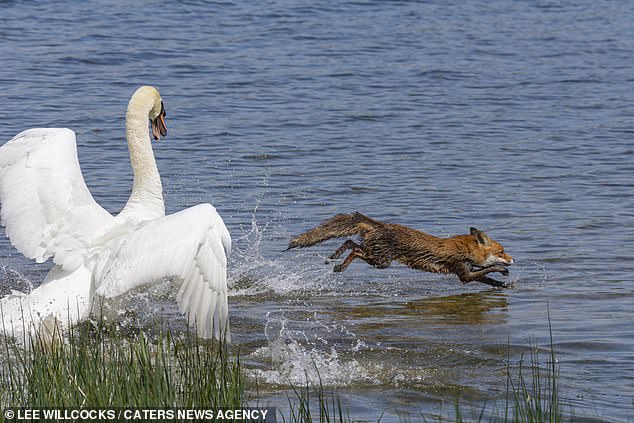 Lee Willcocks, who captured the images, said: ‘the whole experience was extremely intense’ 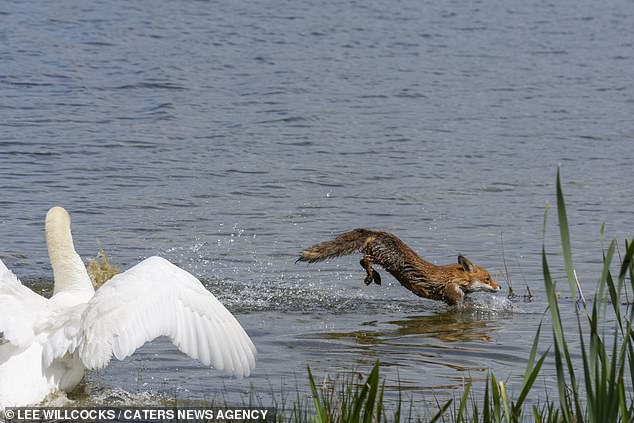 Beaten for now, the fox heads away from the swan nest following the incident last Wednesday 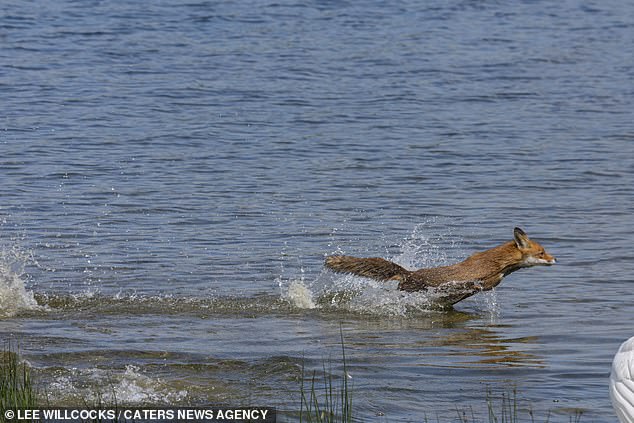